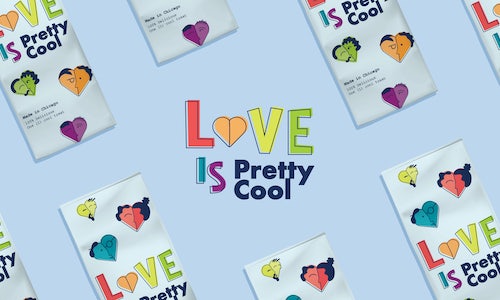 Cramer-Krasselt is committed to fostering a diverse and inclusive work culture that never shies away from being loud and proud. Our Pride Month project allowed C-K to lend support to the greater Chicago LGBTQ+ community, as well as show support for our employees who are part of it. We collaborated with local Chicago ice cream shop Pretty Cool Ice Cream, owned and operated by James Beard nominee Dana Cree.

Each month, Pretty Cool creates a custom ice cream pop to benefit a local charity. Knowing this - and knowing how good their ice cream is - we asked them if they wanted to create a special “Love is Pretty Cool Pop" to support Center on Halsted, an LGBTQ+ community center in Chicago that provides services and support to over 1,000 members of the community daily. Together, we created the “Love is Pretty Cool” campaign to raise awareness and funds for this uniquely Chicago institution. Our campaign celebrated love and acceptance through the power of (yes!) ice cream.

We only had four weeks to design a fully integrated campaign to support the Center on Halsted. C-K donated time, agency talent and material costs to execute the campaign.

Creative Direction: Ice cream knows no boundaries and brings people together. We wanted to design a campaign that reflected this, and it all started with the packaging for the pop itself. The small, hand-drawn faces that, at once appear to be kissing but could also simply be facing each other in intimate recognition, bring a core value of the campaign to life: resounding understanding and respect for mutual humanity.

Digital: We created a dedicated website that served as our online hub to utilize with local media and during events. We launched an Instagram campaign, supported by our partners Pretty Cool and Center on Halsted, that promoted Love is Pretty Cool Pop fundraising efforts. It also highlighted “Pretty Cool People,” where C-Kers talked about what love, pride, representation and allyship meant to them.

Internal Community: Staying aligned with our commitment to an inclusive work environment, we organized opportunities for our employees to participate in educational and celebratory activities during Pride Month, including an employee-led panel discussing LGBTQ+ history and culture in the advertisement industry. We participated in a food drive for Courage House (which supports LGBTQ+ youth) and employees came up with a Pride week, where they wore whatever pride meant to them. We also threw a company-wide fundraising event featuring the Love is Pretty Cool Pops and t-shirts, where we raised more than $2,000 for the Center in under two hours.

Leading up to our goal of raising awareness and funds for Center on Halsted, our social media content garnered over 20,000 impressions across Instagram. During Pride Week, the final week of June, we provided a larger platform for the Center on Halsted, as their spokesperson and “Love is Pretty Cool” were featured in top Chicago media outlets including Chicago Tribune, NBC 5, Fox 32 and WBEZ/NPR, rounding out around 58 million impressions. On top of that, Pretty Cool Ice Cream sold nearly 1,000 Love is Pretty Cool Pops that week, donating $1 a pop toward Center on Halsted. That’s A LOT of pops for one shop! And a whole lotta love.

Video for Love is Pretty Cool 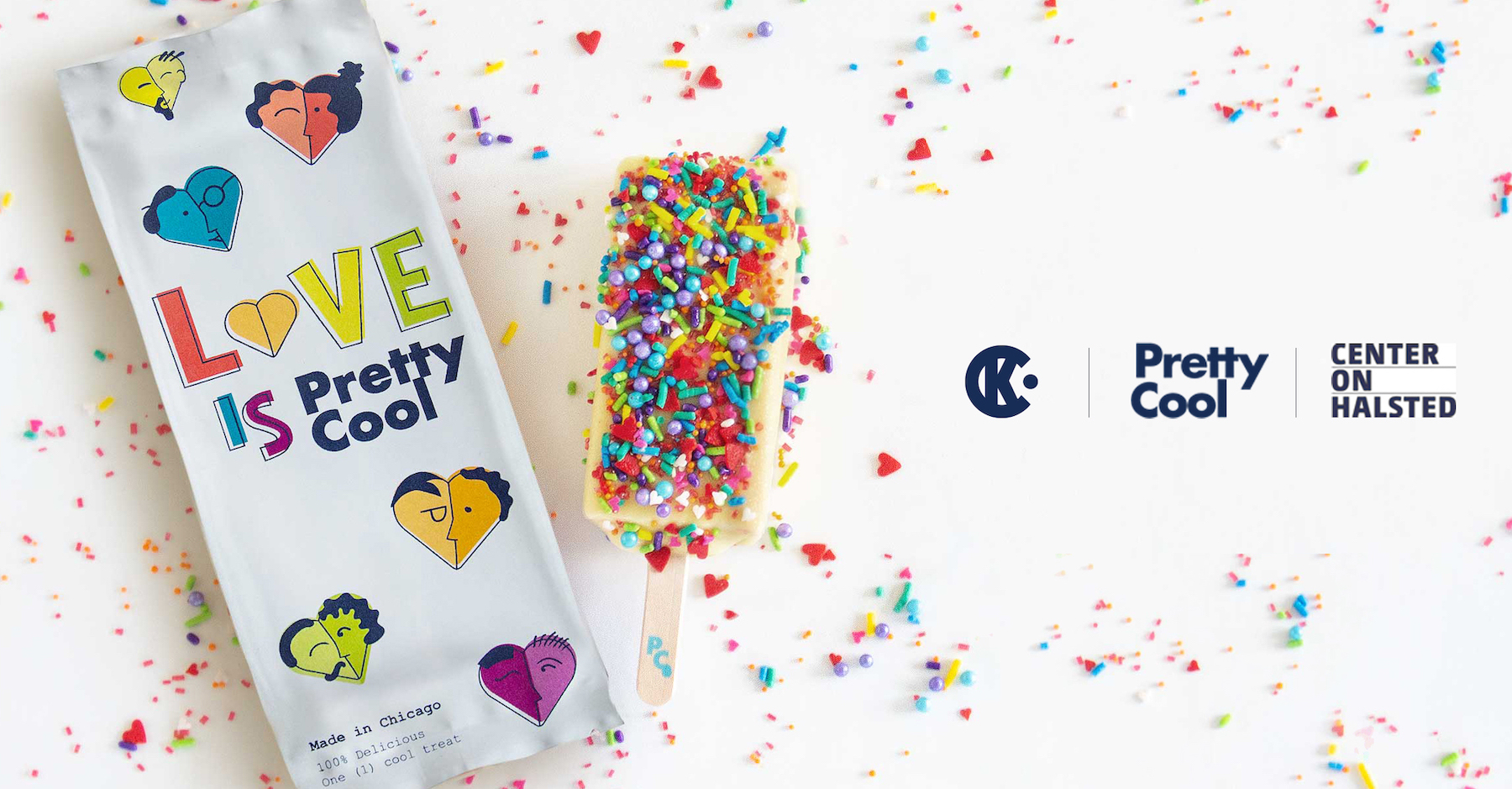 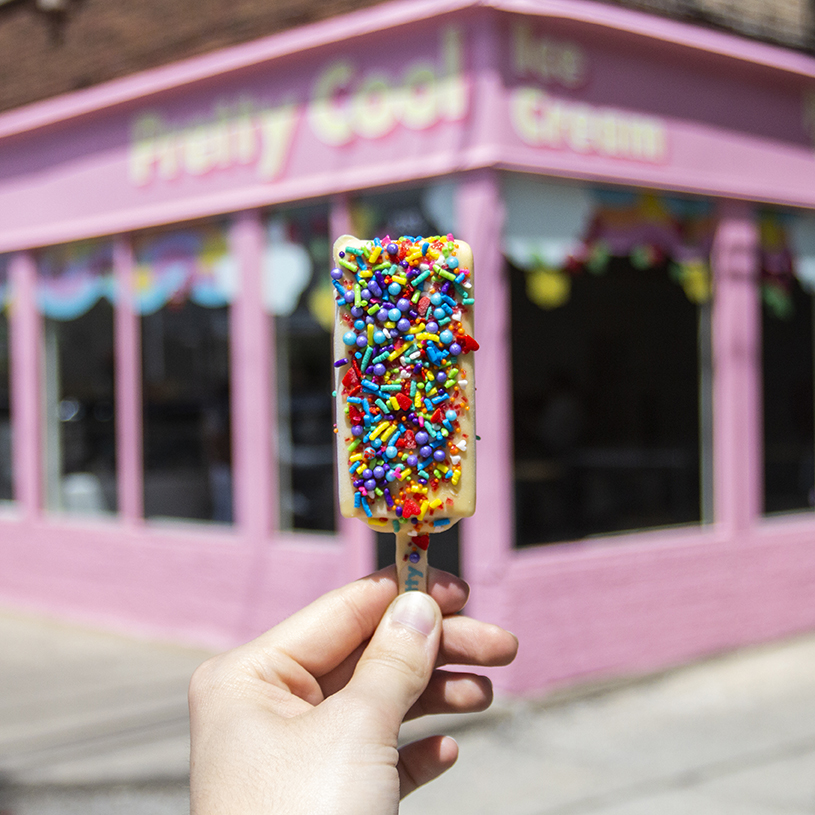 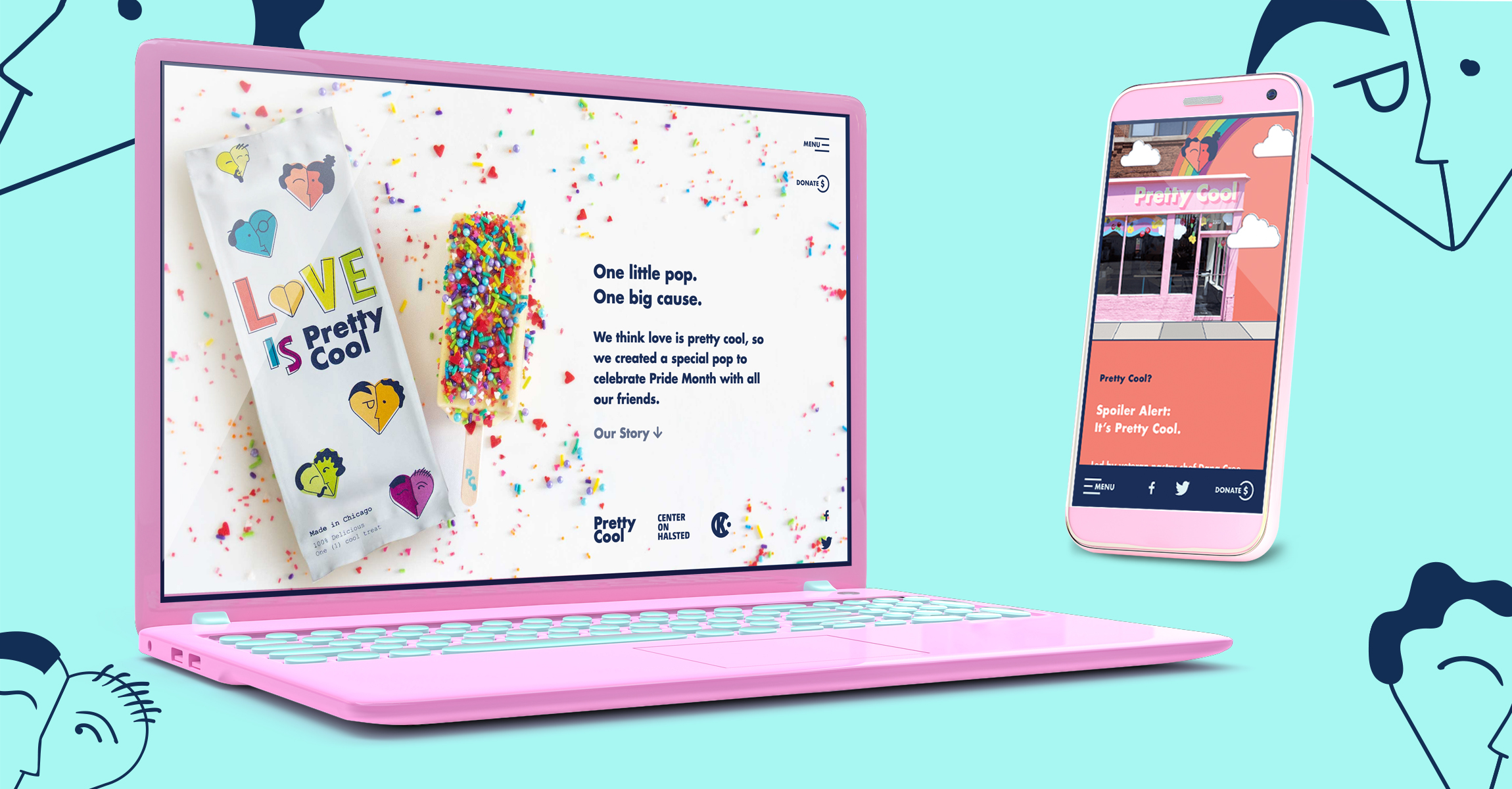 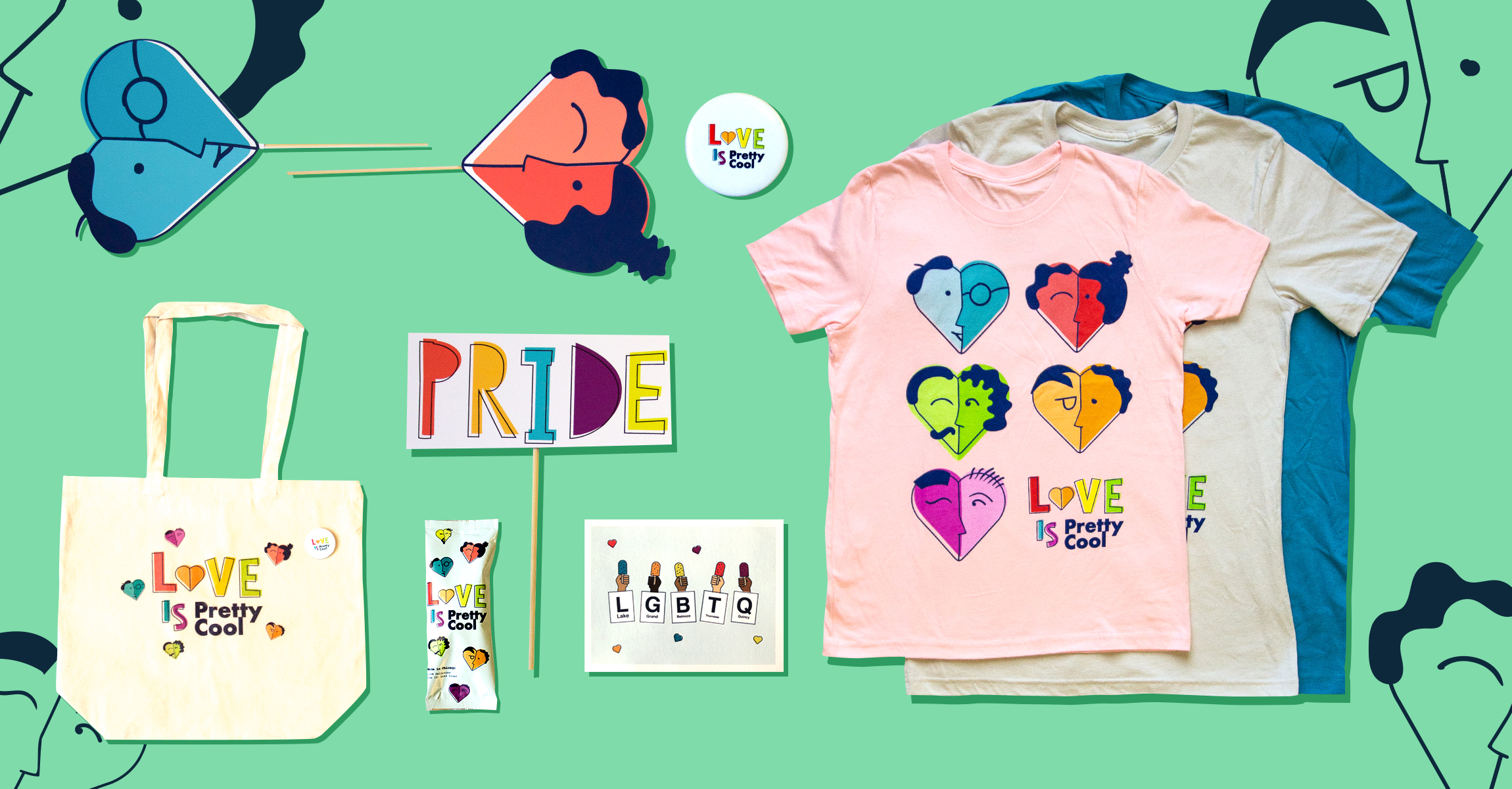 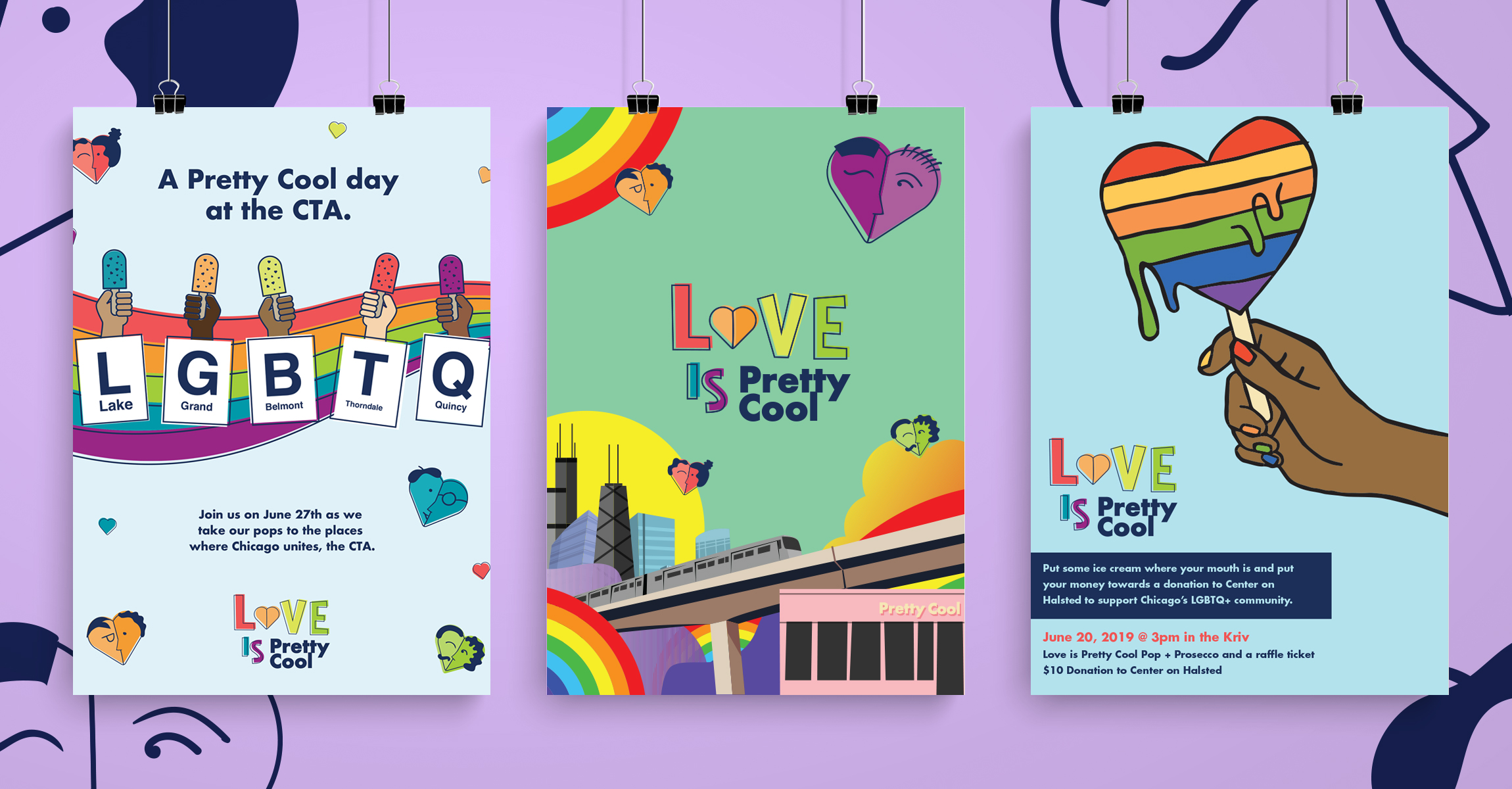 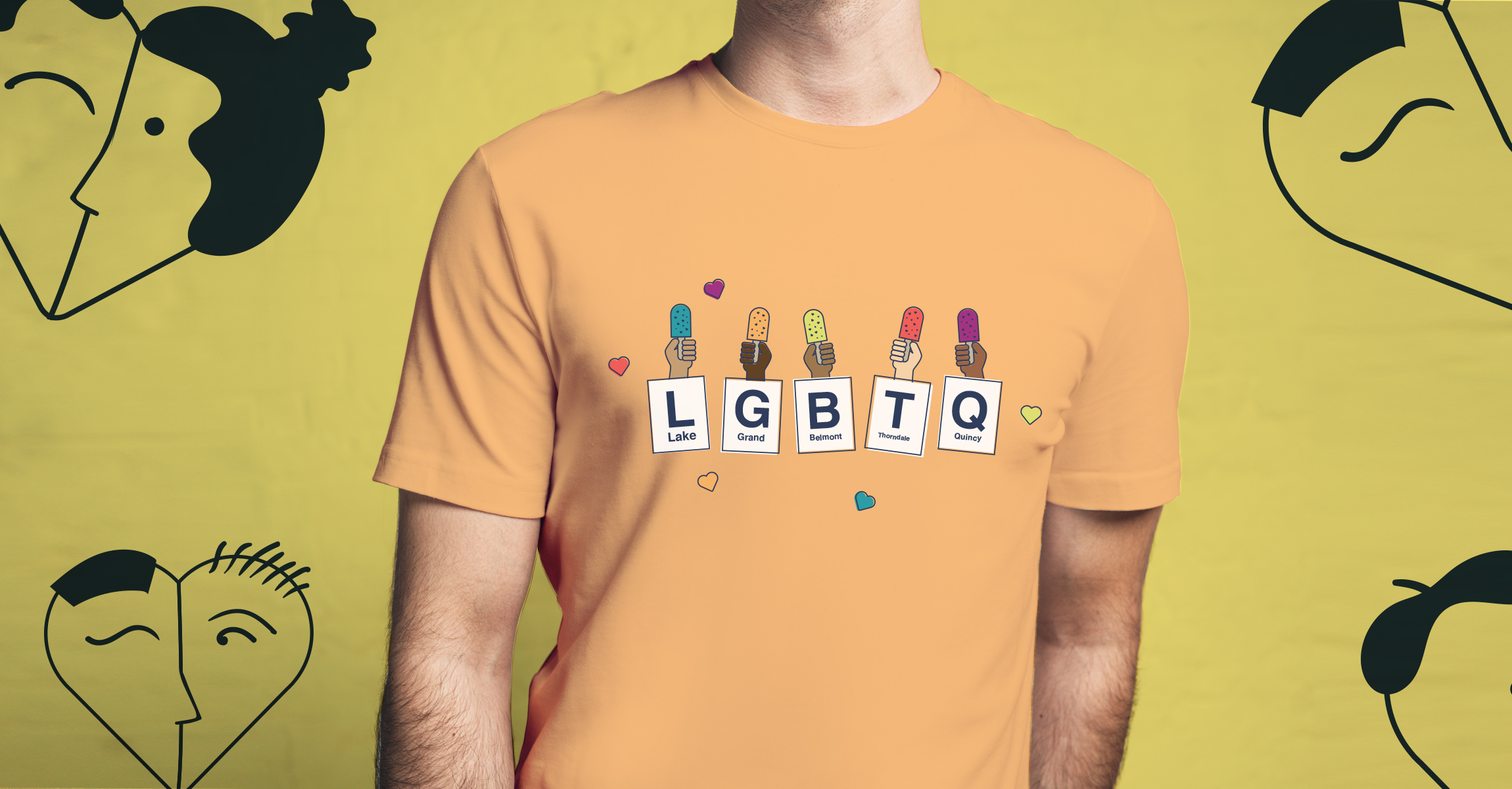 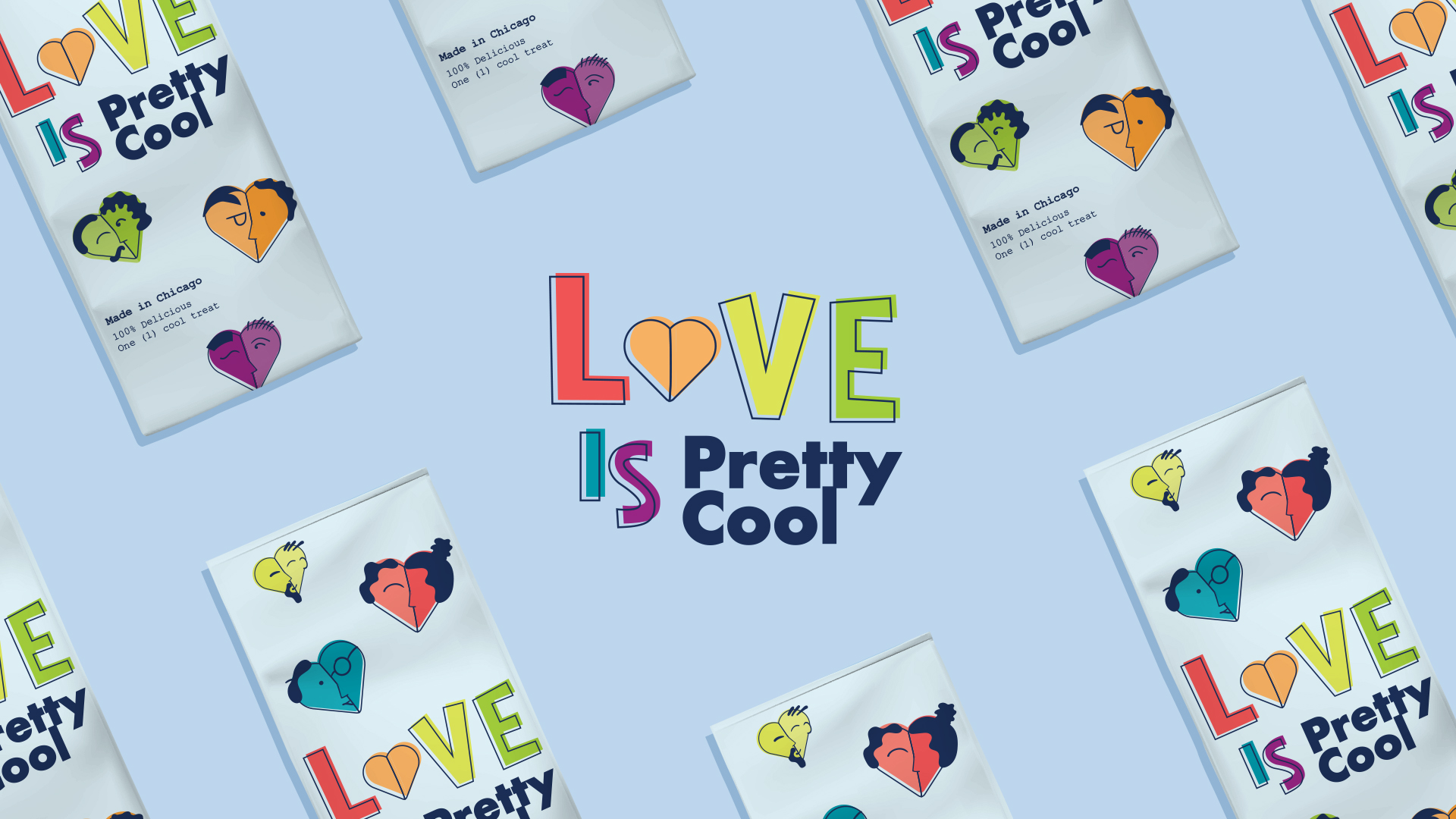