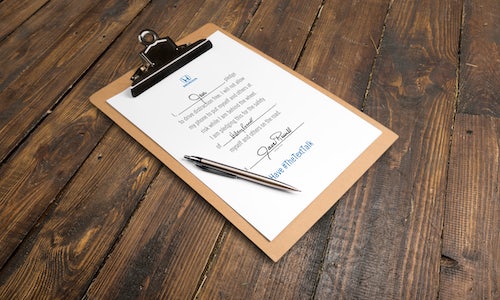 The campaign was inspired by today's growing need to address the dangers of driving distracted. Recent studies have shown that 1 in 3 parents text and drive with their kids in the car. Honda knew that in order to promote safer driving, they had to approach it from a new angle.

Honda decided to flip the script in this film. Rather than the parents being the role models, Honda encouraged teens to spark #TheTextTalk. Honda recognized that this was the approach needed to make an impactful difference and to get parents to recognize the danger they’re putting their family in.

But the campaign didn’t stop there. Viewers were encouraged to not only have #TheTextTalk, but to participate in signing their own familial pledge to drive free of distractions. Honda released a series of shorter videos with a CTA on their Instagram Stories and other social channels. These actionable videos allowed viewers to swipe up and sign their own pledge.

#TheTextTalk was definitely heard loud and clear. Honda received a positive response from all their social channels, resulting in families from across the country participating. The campaign received over 19MM impressions in just over two weeks. The long-format video alone received more than 3.4MM views.

And those impressions left quite the impact. A total of 25K clicks to pledge were garnered after receiving a 48% view rate, 12% completion rate and 0.29% CTR.

Honda was able to surpass last year’s benchmarks by 1.5x. 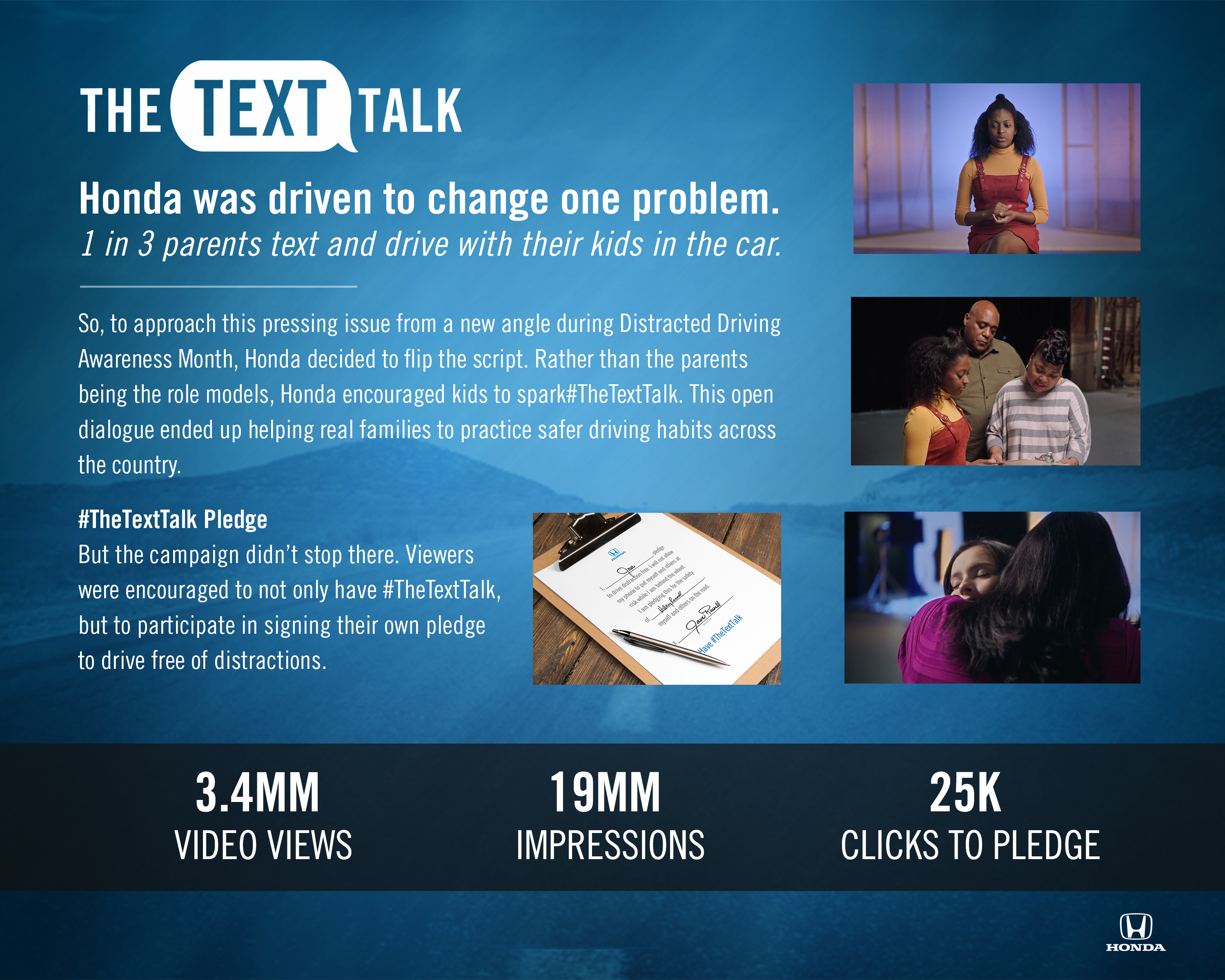 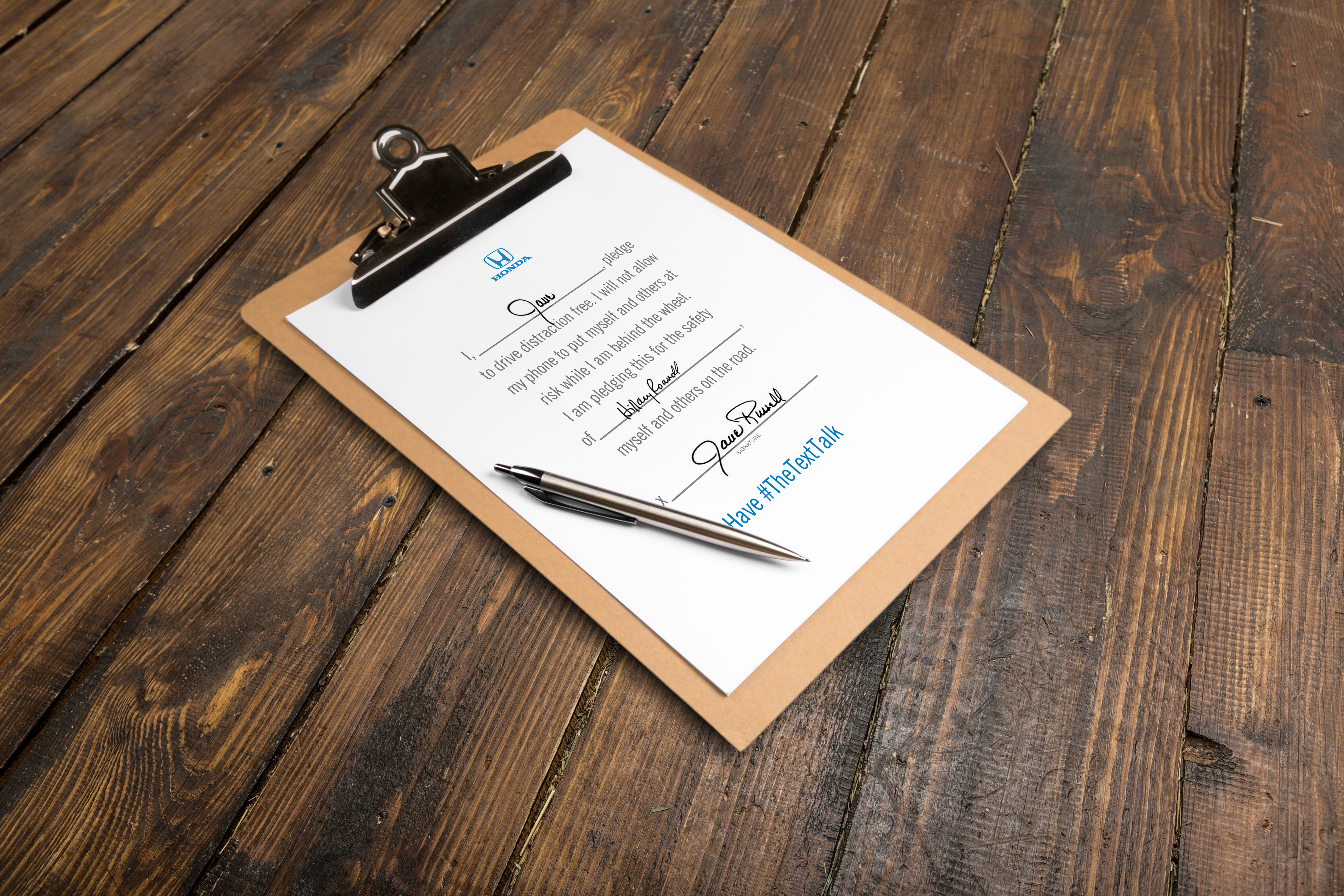