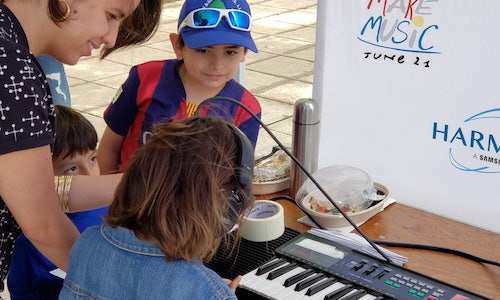 HARMAN Spreads the Power of Music on Make Music Day 2019

Studies show that music and music education have a profound impact on students’ cognitive and social skills, as well as continued professional development into adulthood. Despite this, recent reports have found that 3.8 million underserved Pre-K-12 students in the United States do not have access to music education or the benefits it provides.

HARMAN’s heritage is steeped in sophisticated audio and music innovation, and is the driving force behind its mission to advocate for music education and bring the transformative energy of music to communities all over the world. HARMAN has witnessed first-hand how music and musical education can help build self-esteem, foster a curious mind, and encourage a love of learning. By leveraging partnerships that promote contemporary music education, HARMAN established music education as a cornerstone of its global cause initiative.

For the fourth consecutive year, HARMAN partnered with the Make Music Alliance and Found Sound Nation to lend its support as the official sound of Make Music Day Street Studios. On Make Music Day, HARMAN transports the elements of a music studio to sidewalks in cities around the world, opening the pop-up studios to everyone within the local communities, regardless of their musical experience or abilities. Equipped with state-of-the-art microphones, speakers, recording equipment, and a variety of instruments from HARMAN, music producers encourage passersby to take part of a spontaneous music creation session. In addition to hosting Street Studios, HARMAN offices held their own celebrations of music with employees, friends, and family featuring live performances and musical activities.

Leading up to Make Music Day, HARMAN developed a targeted digital campaign that leveraged social media, local community calendars and news stations to encourage individuals of all ages, backgrounds, and skill-levels to come together at the Street Studios to play, sing, create music and learn more about the influence music has on humanity.

To ensure the campaign reached its full potential, HARMAN implemented thoughtful social media strategies across Facebook, Twitter, LinkedIn, and Instagram, and raised awareness around the Street Studios using the #5DaysofHARMANy and #MakeMusicDay hashtags. Through #5DaysofHARMANy, followers were encouraged to share their answers to questions about what instruments they’d like to start learning, what connections music has brought into their lives, and their favorite music memories from growing up or from music class.

In addition to social media, HARMAN drove engagement through strategic marketing and PR, including informing local news stations about the day’s activities and placing notices in local online community calendars to invite residents to become part of a spontaneous and collaborative music creation session. Offices also hosted internal celebrations, featuring musical activities planned and led by employees and mini-concerts by local bands at its locations across the United States. In California, Make Music Day revelers received a professional musician experience on the state-of-the-art soundstage at the HARMAN Experience Center, and enjoyed performances from the all-employee HARMAN House Band. In a nod to the historic importance of the Recording Academy to the world of music, HARMAN’s California Street Studio was hosted in front of the GRAMMY Museum which offered an additional opportunity for guests to learn about the influence of music on society.

Through HARMAN’s public-facing blog, musicians including DJ Ashba and DJ Aasheesh Paliwal helped raise awareness of Make Music Day and the transformative power of music by sharing how they got their start in the industry, what motivates them to make music, and advice for musicians who are beginning their music creation journey.

Several of HARMAN’s Make Music Day celebrations incorporated charitable activations. In Stamford, employees prepared music-themed gift bags for the local library to share with young children attending a music-themed story time to encourage local children discover the joy in making music. In Washington, DC, the HARMAN equipment used in the Street Studio was donated to Black Water Arts Academy in Baltimore City through the Innovation Echo Alliance youth education program. At the start of the school year, the young artists attending the academy will use the equipment to produce live music through a new pilot program.

As a global celebration, HARMAN brought Make Music Day Street Studios to cities around the world from Bangalore to Budapest and Russia to Mexico. In Moscow, HARMAN employees drew inspiration from a popular summer pastime and hosted “The Gamma of Tastes” music festival, featuring karaoke battles, music-themed games, outdoor activities, art displays, and a disco party finale.  In Shanghai, employees showed their musical talent on Tik Tok, the most popular short video platform in China, and the resulting videos gained over 1 million views.

Results at a glance:

In its fourth year, HARMAN drove substantial recognition throughout the campaign. Social posts promoting the Street Studios and #5DaysofHARMANy had significant engagement, reaching more than 1,569,025 impressions from June – July 2019 and resulting in a 68% increase compared to impression achieved during the 2018 campaign. In addition, media placements in Parade, The Frederick News-Post, News 12 CT, Stamford Advocate, Stamford Downtown, CT Post, Town Planner, Windham Arts, Patch, Metro NY, Spectrum News 1, NYC City Guide, We Like LA, Eye Spy LA, and KTLA 5 reached a combined 97,534,637 impressions. The resulting Street Studio Cities 2019 Mixtape – created from the recordings laid down at the Street Studios around the world – is available on SoundCloud.

In light of the success of this year’s Make Music Day celebrations, HARMAN is continuing to spread awareness of the power of music education by collaborating with the Make Music Alliance and Found Sound Nation and by lending its support as the official sound of all future Make Music Day Street Studios. With a long history in music innovation, HARMAN is continuing to apply its overall expertise, time, and technologies in new ways to inspire young people through contemporary music education. 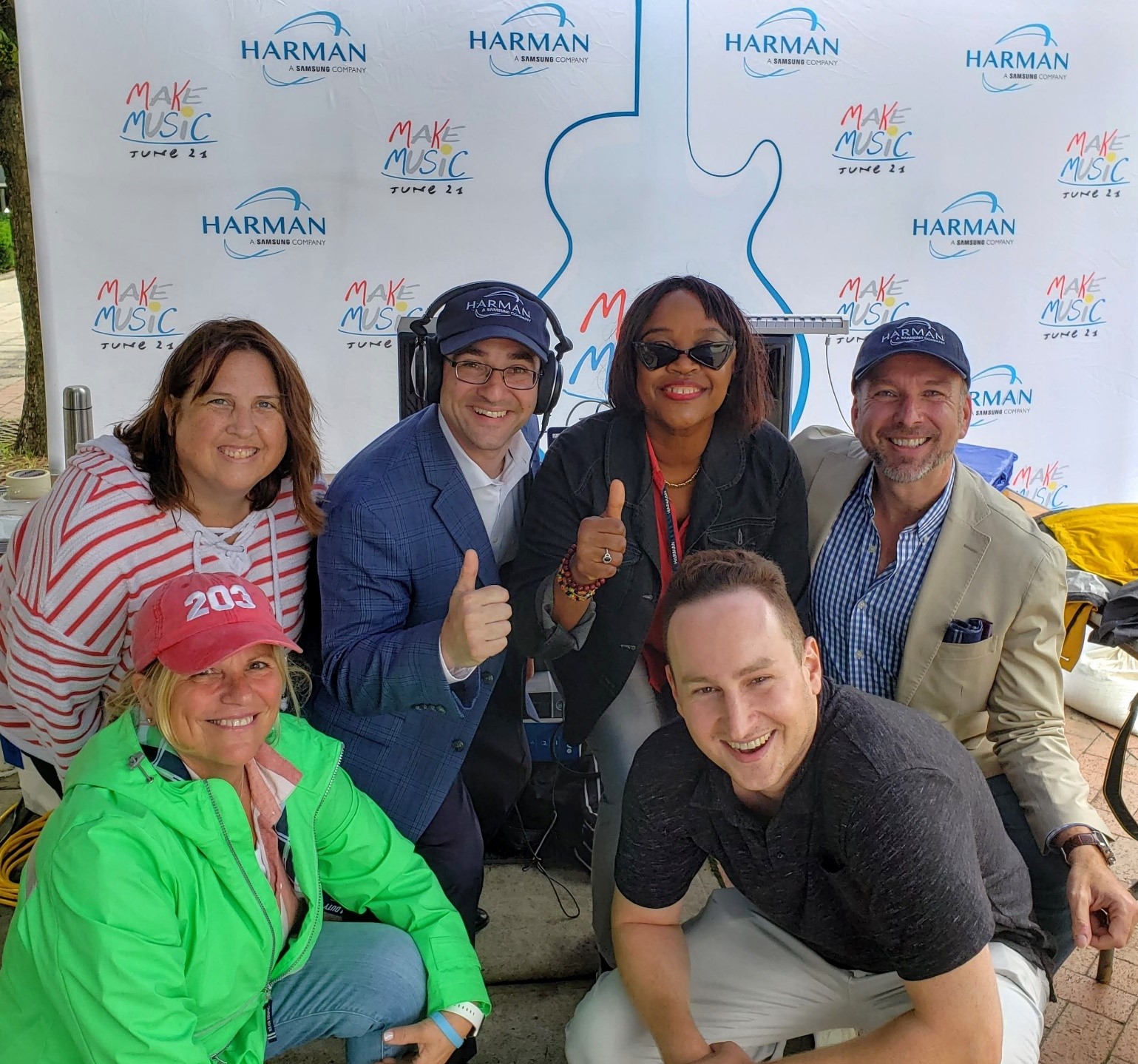 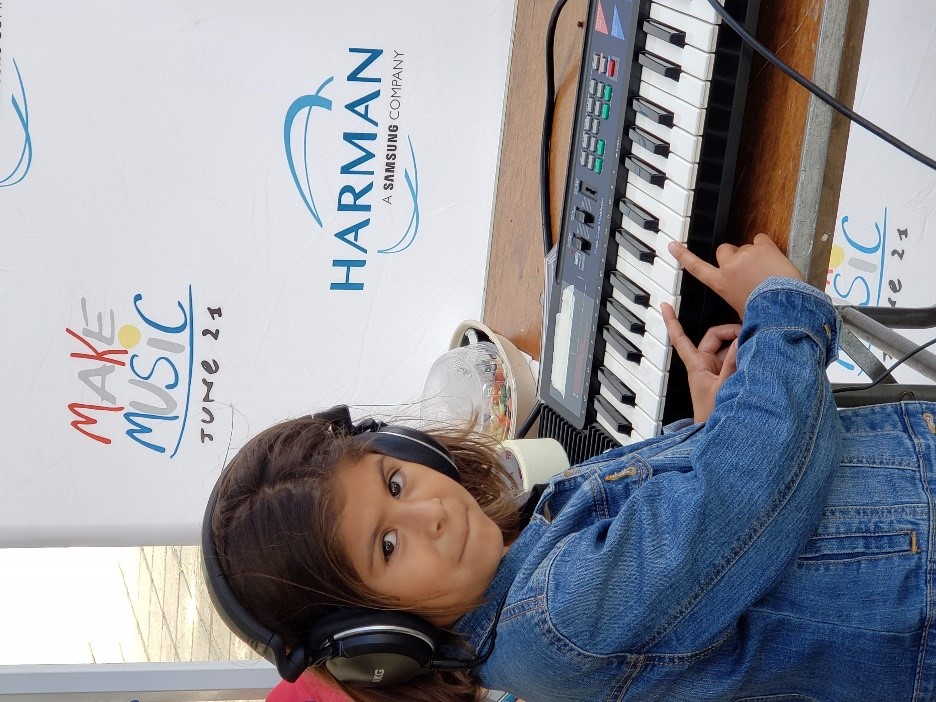 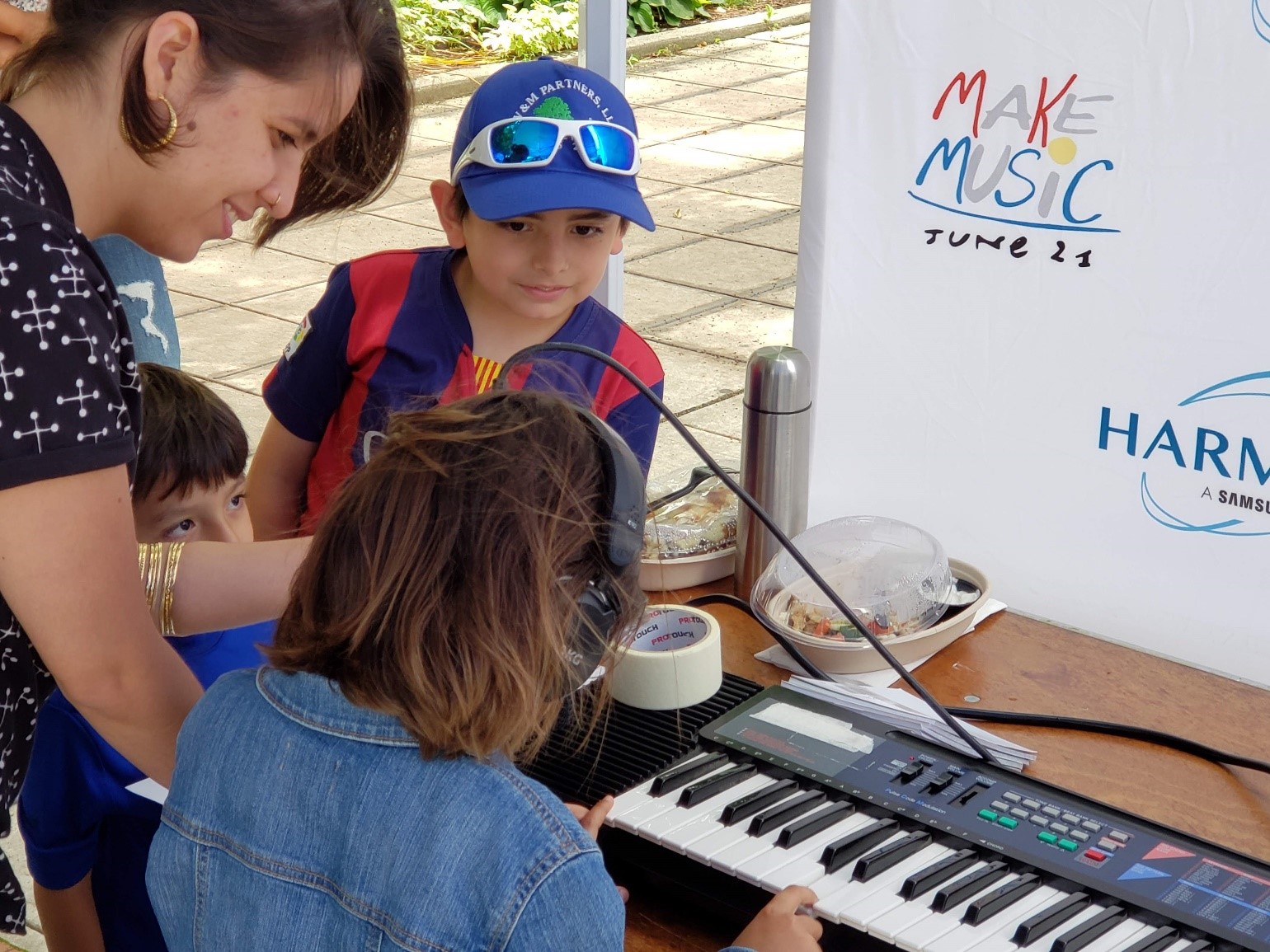 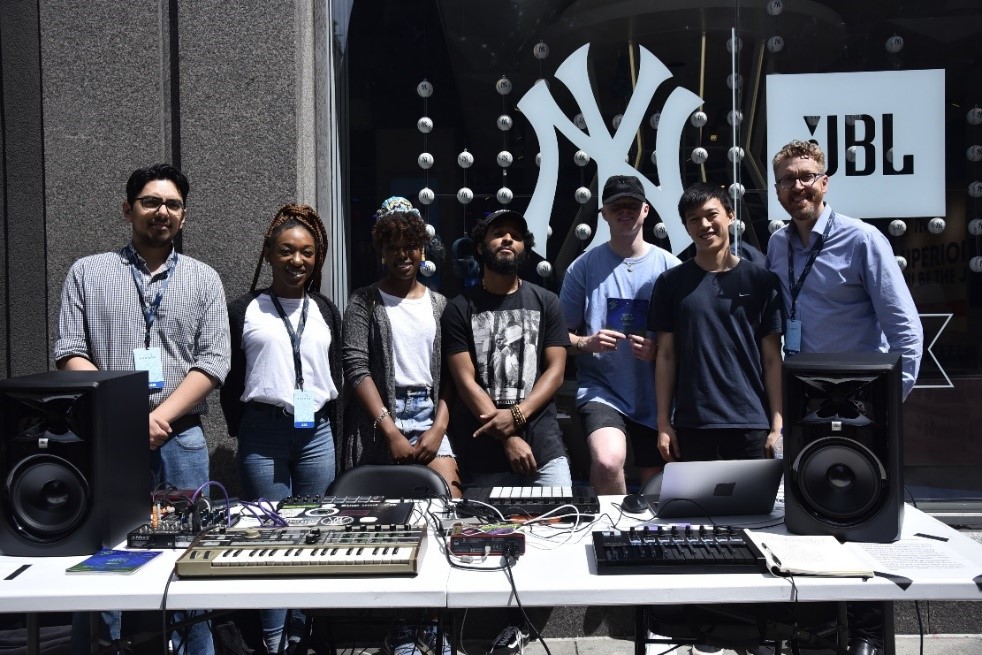