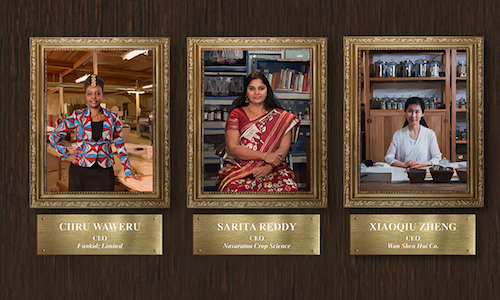 In 2008, Goldman Sachs (GS) launched the 10,000 Women program (10KW) to provide women entrepreneurs around the world with a business and management education, mentoring and networking opportunities, and access to capital. To date, the initiative has reached over 10,000 women from across 56 countries and has resulted in immediate and sustained business growth for graduates of the program. And in partnership with the International Finance Corporation, Goldman Sachs has committed more than $1 billion in loans to female business owners across 31 emerging markets.

GS understands that when women are empowered as business leaders, communities flourish, social problems decline, and economies thrive. The agency partnered with GS to create the “Portraits” campaign to share the progress of 10KW, showcase our approach to global corporate social responsibility and shine a light on how investing in women in developing nations is an investment in a brighter future for the whole world.

Having reached its milestone 10th anniversary in 2018, we wanted to celebrate graduates of the program as well as reinstate our commitment to female entrepreneurs and to strengthen associations with GS at key moment for gender equality discussions in the news and culture. Hence, the objective was to build awareness of the program and its global impact.

In exploring and telling stories about female leaders who are changing the status quo in a traditionally male-dominated business world—and at a key moment for gender equality conversation in the news and culture—we looked inward and realized an uncomfortable truth. Our advertising and production industries suffer from the same gender imbalance: only 7% of ads are directed by women, and only 12% of creative directors are women.

Our female-led agency team recognized an opportunity for a larger mission. We didn’t want to just tell the story of what happens when women lead, we wanted to prove it.

So we hired talented women for all major production roles for our “When a Woman Leads” film, from director to DP and crew, editor, colorist and sound mixer. Even the female-led choir that composed the original score.

In “When a Woman Leads,” we give an inspiring female entrepreneur the “CEO portrait” she deserves, both literally and figuratively.

The spot follows the delivery of a wrapped package to Ayo Megbope, a graduate of the 10,000 Women program, intercut with shots of Ayo interacting with her employees and members of her community on the way to her catering business, No Left Overs. Finally, Ayo receives and unwraps her CEO portrait before mounting it proudly in her business. In parallel, we hear her voice-over describing the story the ripple-effect impact that occurs when a woman leads a business: economies grow and entire communities prosper.

In addition to the film that aired on TV, Hulu, and online, the full integrated campaign also included print, custom mobile, paid and owned social media, digital partnerships with The New York Times and Washington Post, a podcast partnership with The Skimm, and newsletter partnerships with Daily Skimm and Devex Newswire.

Overall the campaign provided significant lift in awareness of the 10KW program, and lift in the firm's overall reputation 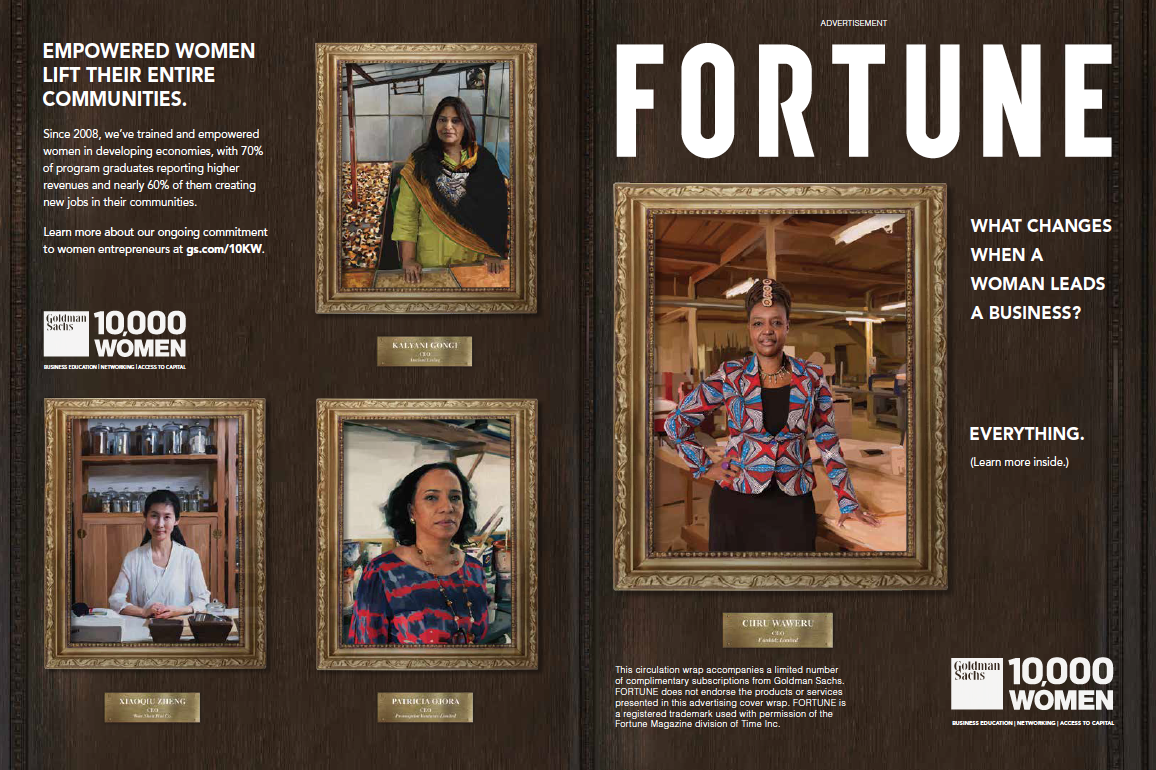 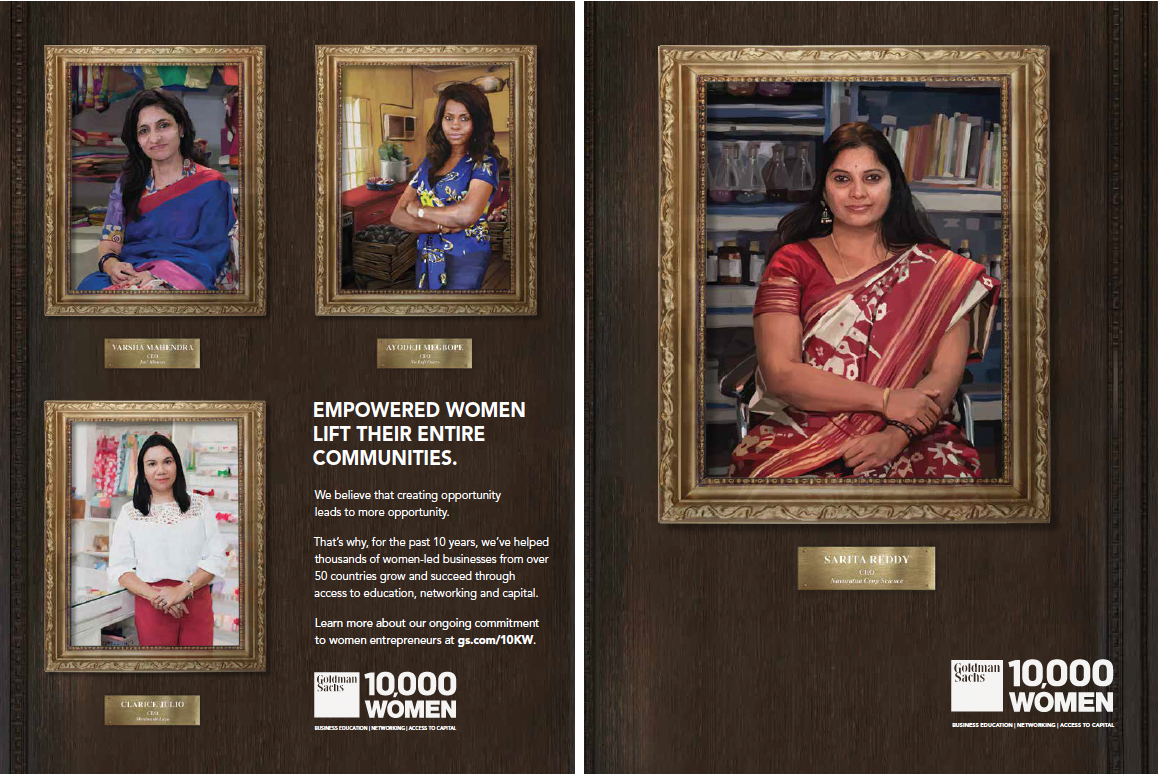 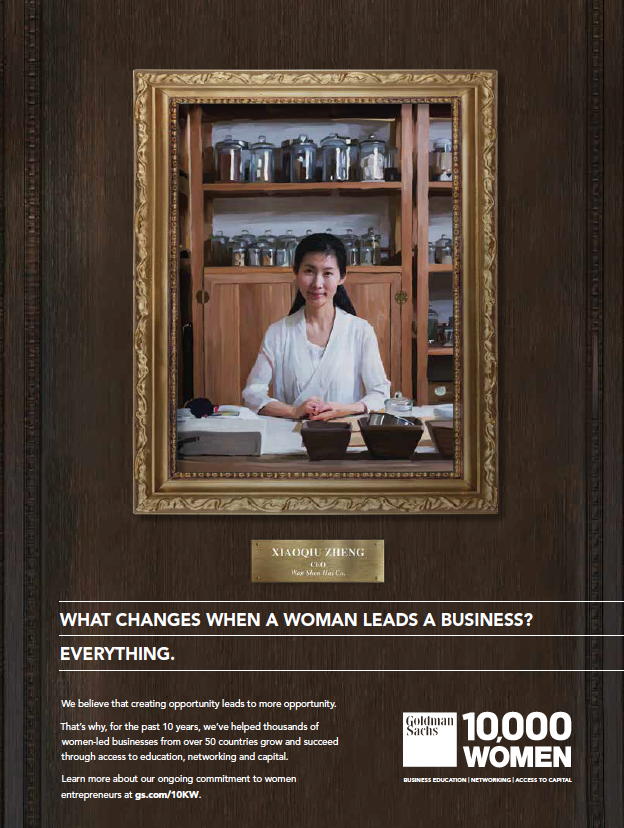 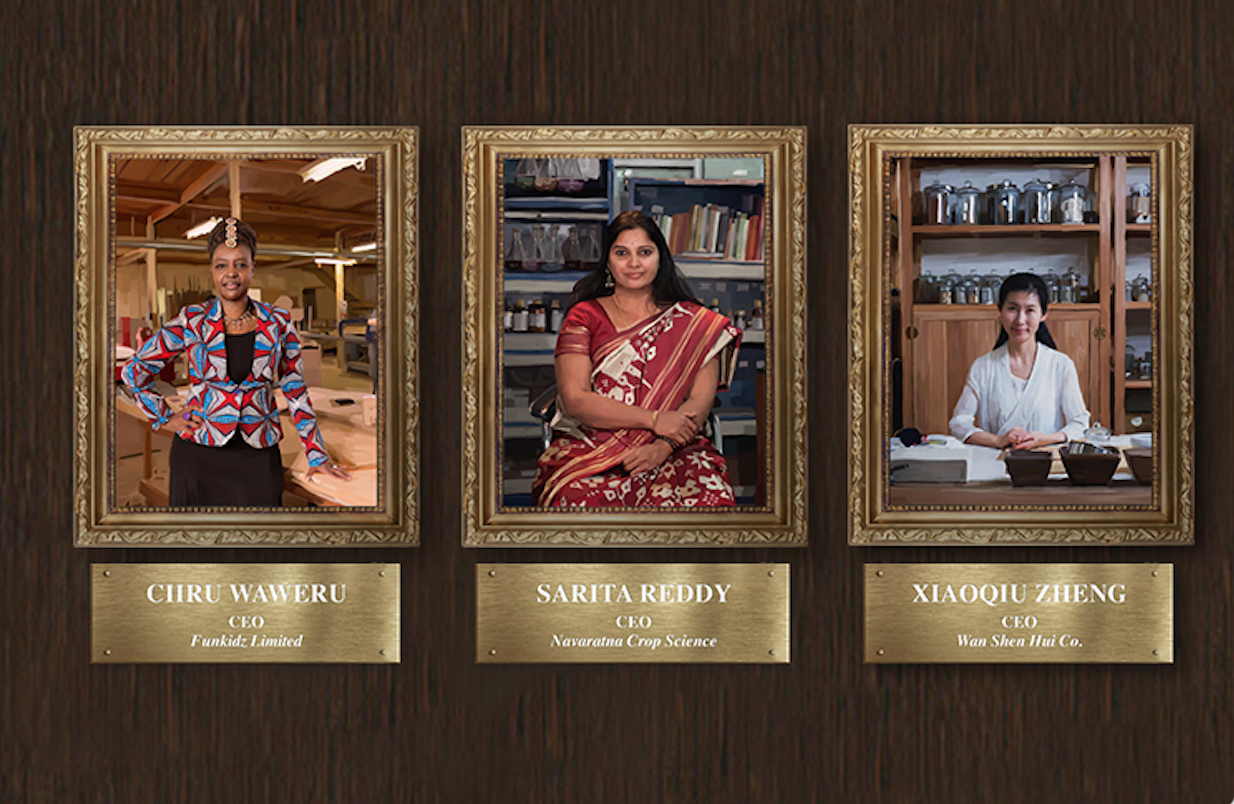