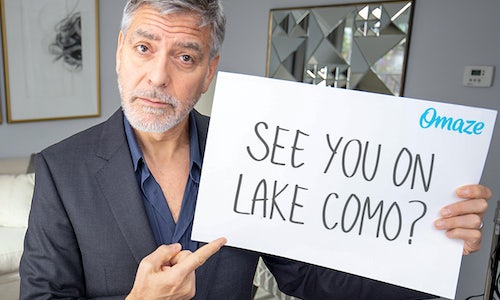 Omaze partnered with George and Amal Clooney on a campaign to raise funds and awareness for the Clooney Foundation for Justice, which advocates for justice and advances accountability for human rights abuses. The Clooneys collaborated with Omaze to develop a fundraising campaign that would stand out and entice and excite fans enough to contribute for the chance to win. Omaze developed the idea for the once-in-a-lifetime opportunity for one lucky winner to be randomly selected to have lunch with George and Amal Clooney at their home in Lake Como.

With such a serious cause, it was important for Omaze to spread awareness through humor in order to reach new donors. Omaze believes that the shortest distance between two people is laughter, and leveraging humor in fundraising has the potential to bring in new donors and new dollars to causes. Omaze wrote, directed, produced and edited a comedic video all in-house to help the campaign spread as wide as possible, tapping into the idea that Amal’s resume is significantly more impressive than George’s, and that everyone would much rather hang out with her than ‘just an actor’.

The objective and goal of this campaign was to spread word of the campaign as widely as possible in order to maximize funds back to the cause. Omaze’s in-house creative, content, marketing and tech teams all came together to help audiences envision what this truly unbelievable opportunity would look and feel like.

The strategy behind this campaign was to ensure that it reached as many people around the world as possible to encourage donations back to the cause. As George Clooney doesn’t have social media to help spread the word, Omaze focused efforts around creating a shareable, viral-worthy video to spread the campaign far and wide, and developed comprehensive marketing efforts to ensure that goals were met.

The key features of this campaign are what made it so unique. This campaign and all the content associated with it were developed completely in-house from start-to-finish. George Clooney donated his time to the creation of a video that ultimately inspired donations from dozens of countries around the world, and soared past fundraising goals.

The strategy for launch was to kick off with a broadcast and digital exclusive, alongside Omaze and partner social and email. Omaze approached Good Morning America for the broadcast exclusive and People.com for the digital exclusive. Both went live on launch morning, which kicked the campaign off to a great start, leading to coverage on the Today Show, CBS This Morning, ET, Yahoo, Bravo and many more.

The two heat moments of this campaign were the two videos Omaze created. The first, which launched virally with PR and paid media, and the second, as a last chance push to encourage donations later in the campaign.

Simultaneously to the organic push through PR and Omaze’s channels, Omaze’s world class performance marketing team implemented their robust strategy to ensure that this video reached the maximum amount of people. Leveraging Omaze’s new recommendation algorithm, which identifies non-obvious overlapping interests, Omaze was able to expose this cause to entirely new audiences around the world.

This campaign ran only 47 days and brought in over $1M dollars to support the work of The Clooney Foundation for Justice. Launching on GMA, Today and People.com set the campaign up for a strong start, and the video only continued to spread from there, with nearly 4 million total video views, which led to donations pouring in from dozens of countries.

This campaign successfully met the goals of the Omaze team and the Clooneys, as it brought in significant funds with minimal commitment from talent. Omaze’s model is built on the fact that dollars coming in through this platform are incremental - meaning, these are people who would not be giving to these causes otherwise. So these are funds that can immediately be put to work creating impact and a difference in the world.

At the end of the campaign, Deborah from Nova Scotia was randomly selected as the winner after donating $100. The experience took place in late August, and was a day she’ll never forget. 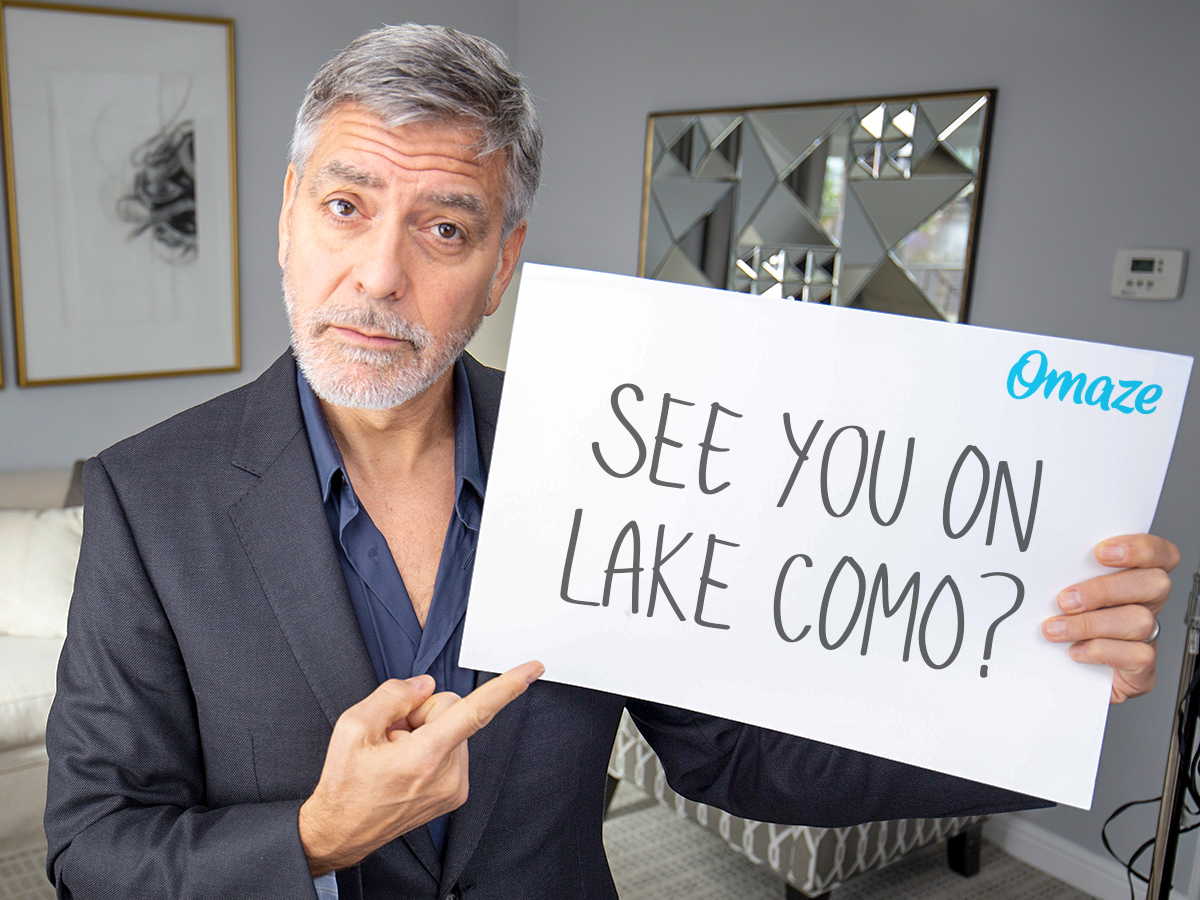