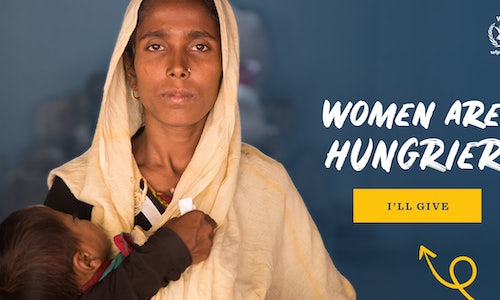 Like most other non-profits in the USA, almost 50% of WFP USA's annual donations come in during the last 3 months of the year. Unlike other US-based nonprofits, however, WFP operates entirely oversees, providing 90 million of the world's most vulnerable people with life-saving food, in 83 countries. Despite the significance of its work, donations from individuals in the U.S. are relatively limited throughout the rest of the year. Only when there is significant media coverage of the organization and the work it does in the world's worst humanitarian emergencies, do we see spikes of interest and donations.

At WFP USA, we took on the challenge of developing new fundraising opportunities outside of giving season (Oct-Dec). The objective was to grow the baseline of donations throughout the year, so as to reduce our risk exposure to giving season, which has become so competitive that most non-profits have started seeing a decline in donations.

More concretely, the goal was to develop at least two additional significant fundraising moments. Campaigns would raise awareness and interest about global hunger, portray powerful human stories from the front lines of hunger, engage the hearts of our audiences, and compel them to give and save lives.

Objective: Develop a new relevant fundraising time of year outside of giving season.

Strengths: WFP is the largest humanitarian agency in the world, helping more people and saving more lives than any other organization. It is on the front lines of hunger, deploying effective and innovative solutions to help starving families survive hunger crises and build resilience and self-reliance. For donors looking to make a real impact, WFP is a logical choice.

Weaknesses/ Challenges: Very limited brand awareness of WFP, and a limited understanding of the scale and significance of international hunger crises.

Given our goals and the challenges we faced, we started with identifying who the high value target audience would be. We ran an audience segmentation study and reviewed previous campaign results, social media audiences, website audiences and our donor file to identify what audience segments had the highest response rates, engagement rates and donation rates to our cause. Generation X and Millennial women were identified as the primary high value target audience.

Knowing our target audience, we identified campaign issues that would resonate on a rational and emotional level. The fact that globally women are more likely to suffer from severe hunger was chosen as the theme for the first campaign. Delving deeper into what drove interest and action, we developed a campaign narrative that focused on driving awareness, interest and empathy, and then action.

The campaign was built with a two-phase implementation plan. The first phase focused on building understanding about the issue and the global scale of its impact, how the issue impacted people on a deeply personal and human level, and what WFP was doing to help. It was designed to engage the heart and minds of our audiences. The second phase focused entirely on fundraising. Fundraising ads portrayed women in urgent hunger crises, in countries like Yemen and Syria. Ads told emotional stories meant to drive empathy and show donors very clearly how they could save lives.

Building on the relative strengths of each digital channel, we built an integrated and diversified channel strategy. The campaign met our audiences where they were, with messages and assets crafted and adapted specifically to that channel and allowed them to engage in their own way. We built out different donor journeys depending on what channels audiences were coming in on, and whether they were familiar with WFP or hearing from us for the first time. The primary channels were the website (including an issue hub/landing page, articles, interviews, a quiz, an animated infographic, podcasts, and videos), Facebook, Instagram, IG stories, Twitter and emails.

Originally intended to be rolled out in the month of March to coincide with International Women's Day, the campaign was pushed back because of cyclones Idai and Kenneth in Mozambique.

Women are Hungrier was rolled out in late April and ran through the month of May, coinciding with Mother's Day, and into June. The campaign was a resounding success, delivering on the main objective of building out a new fundraising platform and moment of the year for WFP USA, and meeting the goals established for audience growth, new donor acquisition and total donation revenue. WFP USA’s FB followers grew by 10% and IG followers by 20%, new donor acquisition more than doubled, and total donation revenue grew by a whopping 50%.

Website: The issue hub was one of the most visited pages on the website, ever! Average time spent on page was 1.5 minutes and nearly 60% of page visitors made it down to 90% scroll depth!

ROAS: The campaign delivered a high overall return of 2.5, demonstrating its potential as a new platform for engagement and fundraising.

Video for Engaging Heart and Minds on Global Hunger 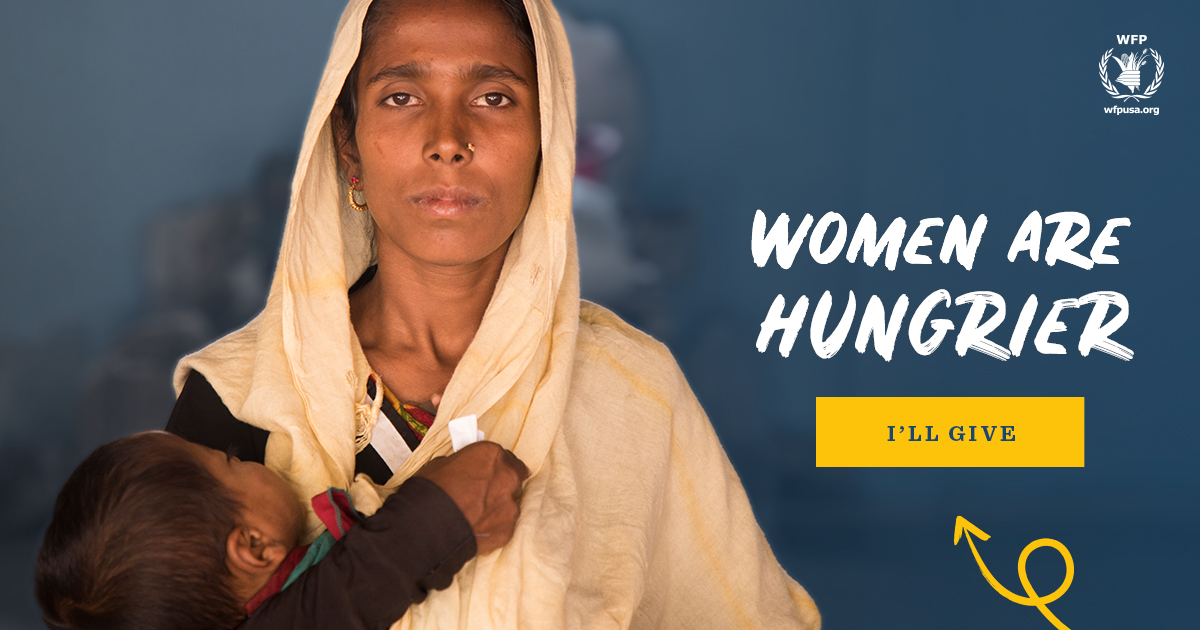