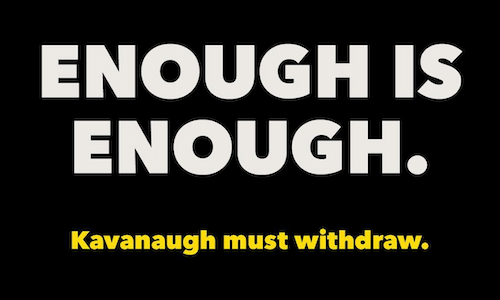 Our goal for the Dear Senators campaign was to mobilize people to take action in order to block Justice Brett Kavanaugh from being seated on the Supreme Court.

Our digital strategy included: defining Brett Kavanaugh’s record on reproductive health and rights; defining his character based on the sexual assault allegation made against him; uplifting the potential impact of his confirmation on Roe v. Wade; and driving political pressure on the Senate to vote no on Brett Kavanaugh’s confirmation. We implemented our strategy through a variety of tactics: a strong paid ads program (pre-roll, display, and social) to define his character; a suite of shareable graphics lifting up our values and driving action; videos that sharply defined Kavanaugh’s views and character, and uplifted the voices of real people who were concerned for their rights; a microsite that featured letters to Senators and supporter stories, and allowed people to call and leave voicemail recordings for their Senators; and coalition work with a variety of groups opposing Kavanaugh’s confirmation.

We also created an instagram account, mobilized our web properties, and utilized Hustle to organize letter-writing parties. We also used Soapboxx to collect video stories, which was incredibly helpful because it automatically captions and chyrons the videos.

We unfortunately didn’t stop Trump’s nominee. But in regards to our #DearSenators work, we did receive feedback from senators — Republican and Democrat — that the stories were immensely impactful. Our Government Relations team met with senators, brought them letters, and showed them the instagram account.

Our #StopKavanaugh and #DearSenators campaign ran from late June to early October, and consisted of 621 published pieces of content. Activity in both social listening mentions and owned content performance dramatically increased; this was first in response to suspicions that Kavanaugh would not protect Roe V. Wade, and then skyrocketed when Dr. Christine Blasey Ford’s story brokeand she shared her testimony with the Senate Judiciary Committee.

Over 129k social listening mentions were captured from 86k+ unique authors. Our #StopKavanaugh and #DearSenators campaign content brought in a total of 14,441,044 impressions/users reached and 710,949 engagements across our Planned Parenthood Federation of America & Planned Parenthood Action Fund social properties for Facebook, Twitter, and Instagram. On average, a  tweet for this campaign had 29,233 impressions, 686 engagements, and 106 retweets. The average Facebook post garnered 1,751 engagements and 63,208 users reached, and the average IG post had 4,643 engagements and 47,675 users reached. 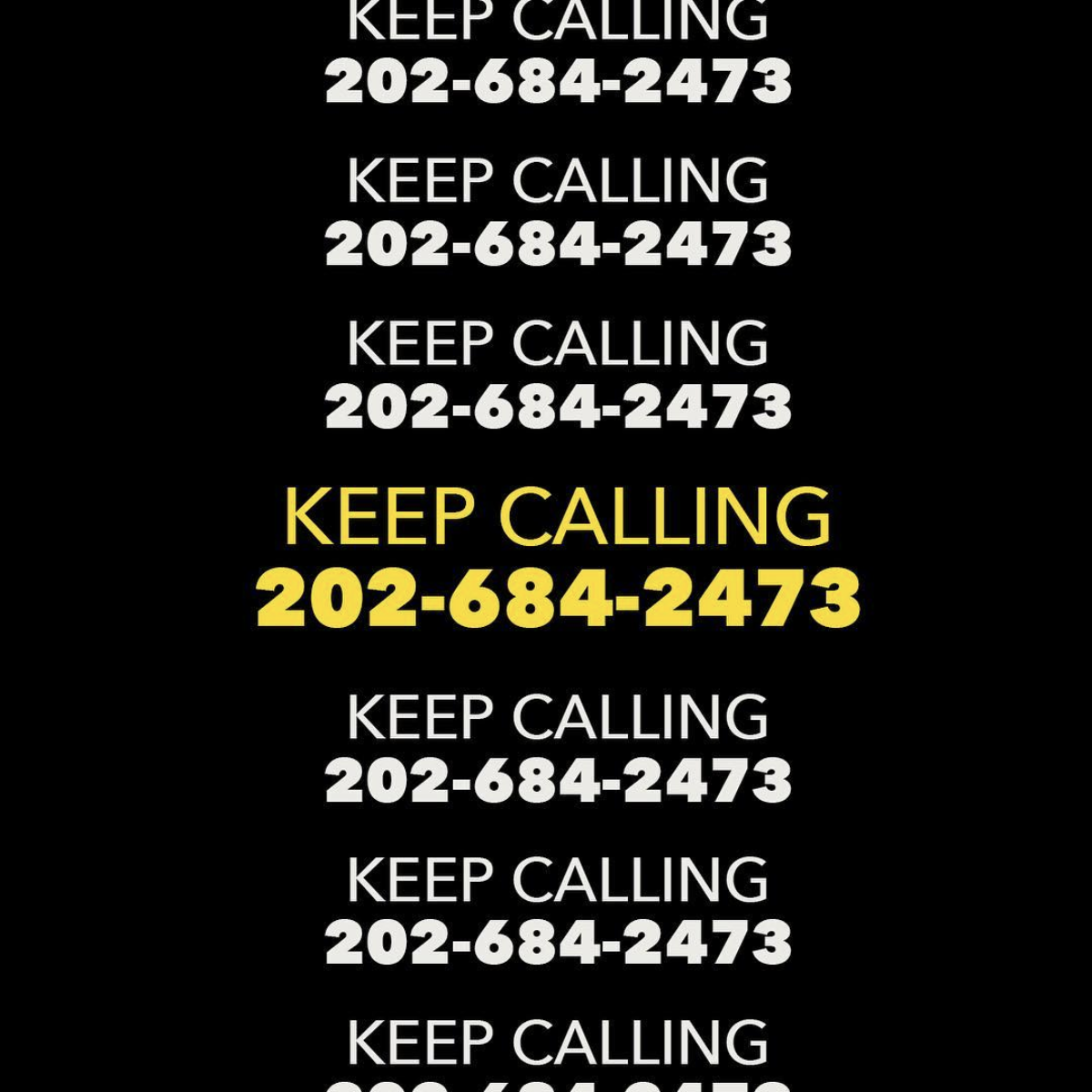 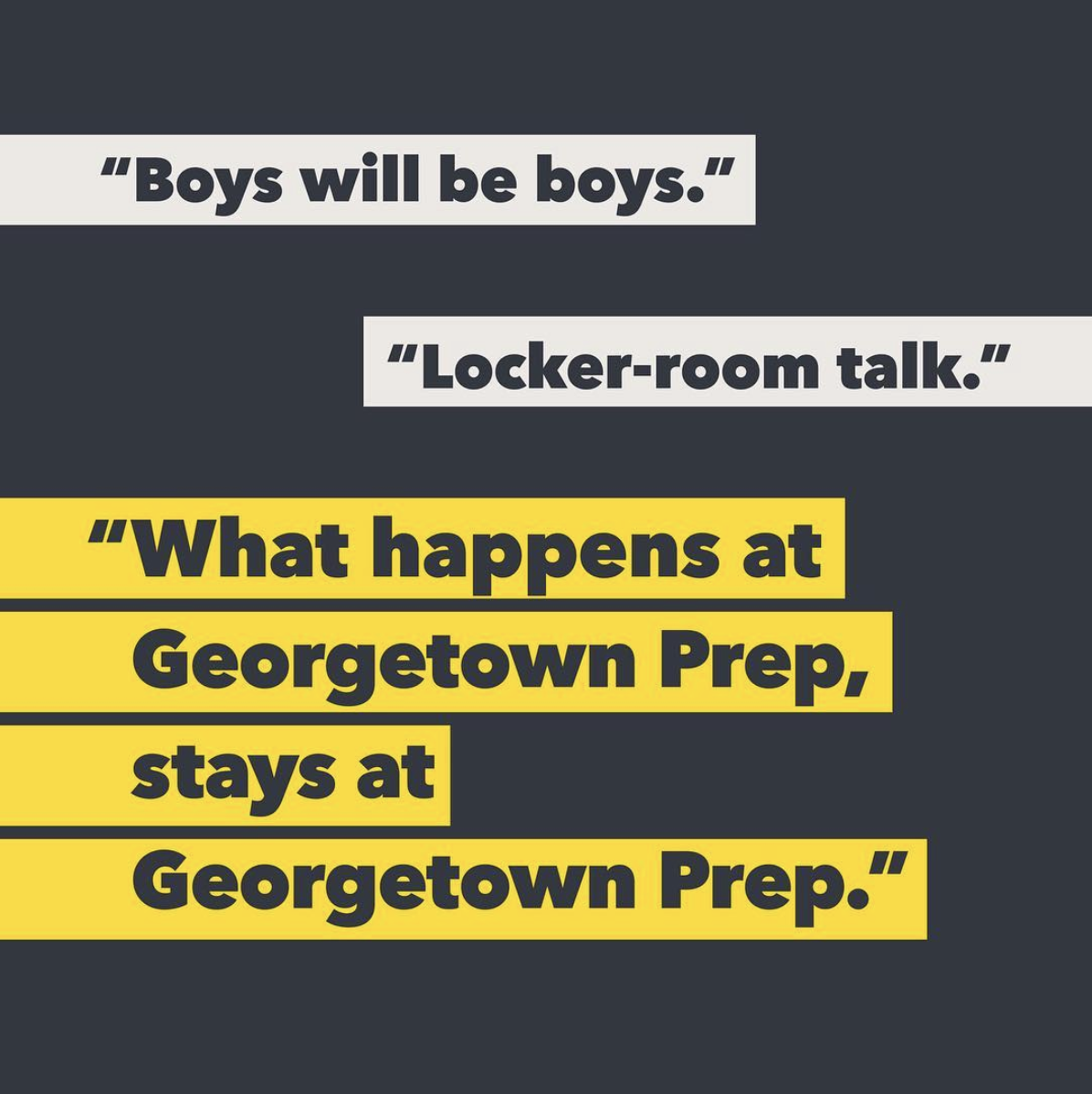 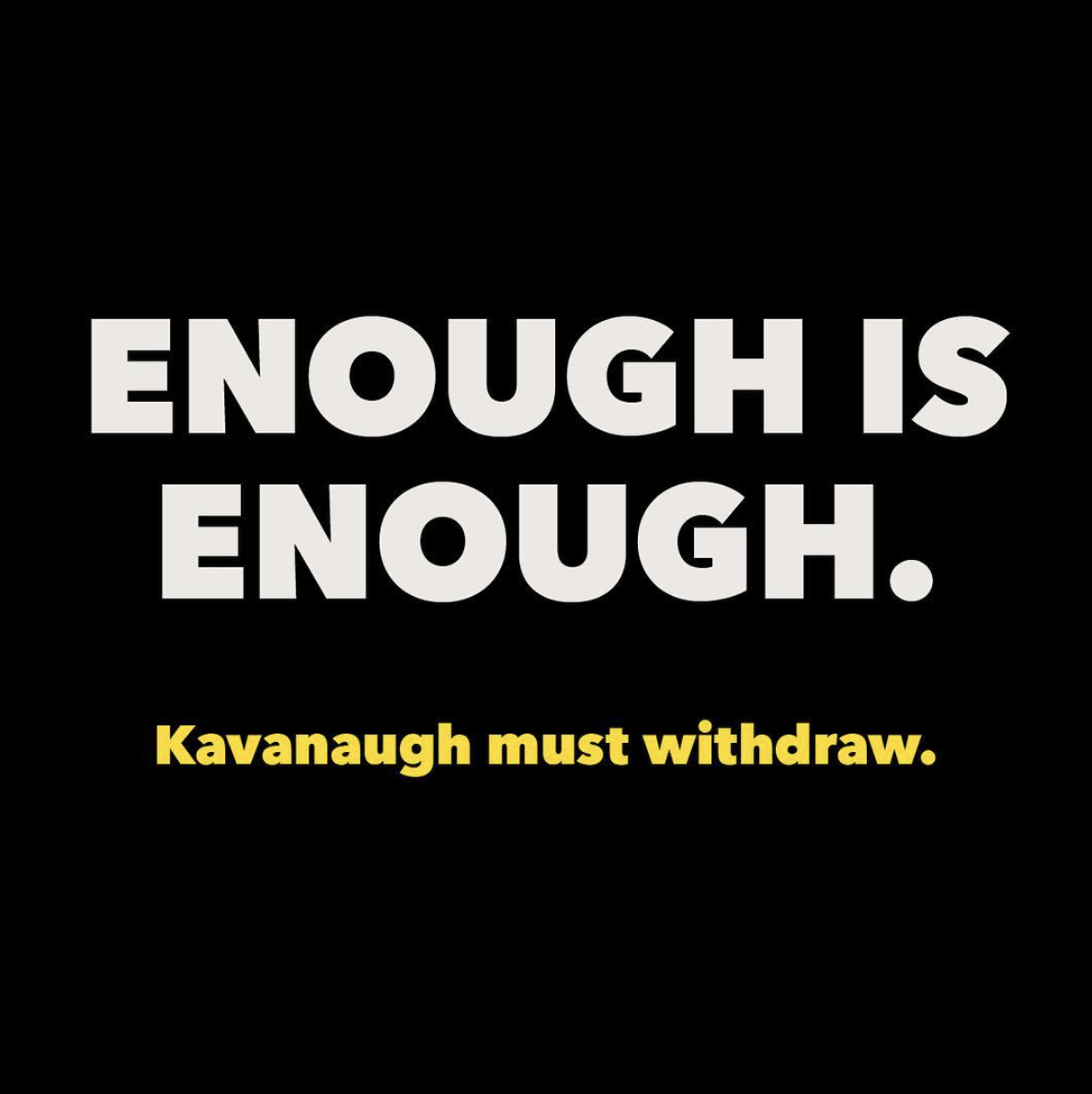 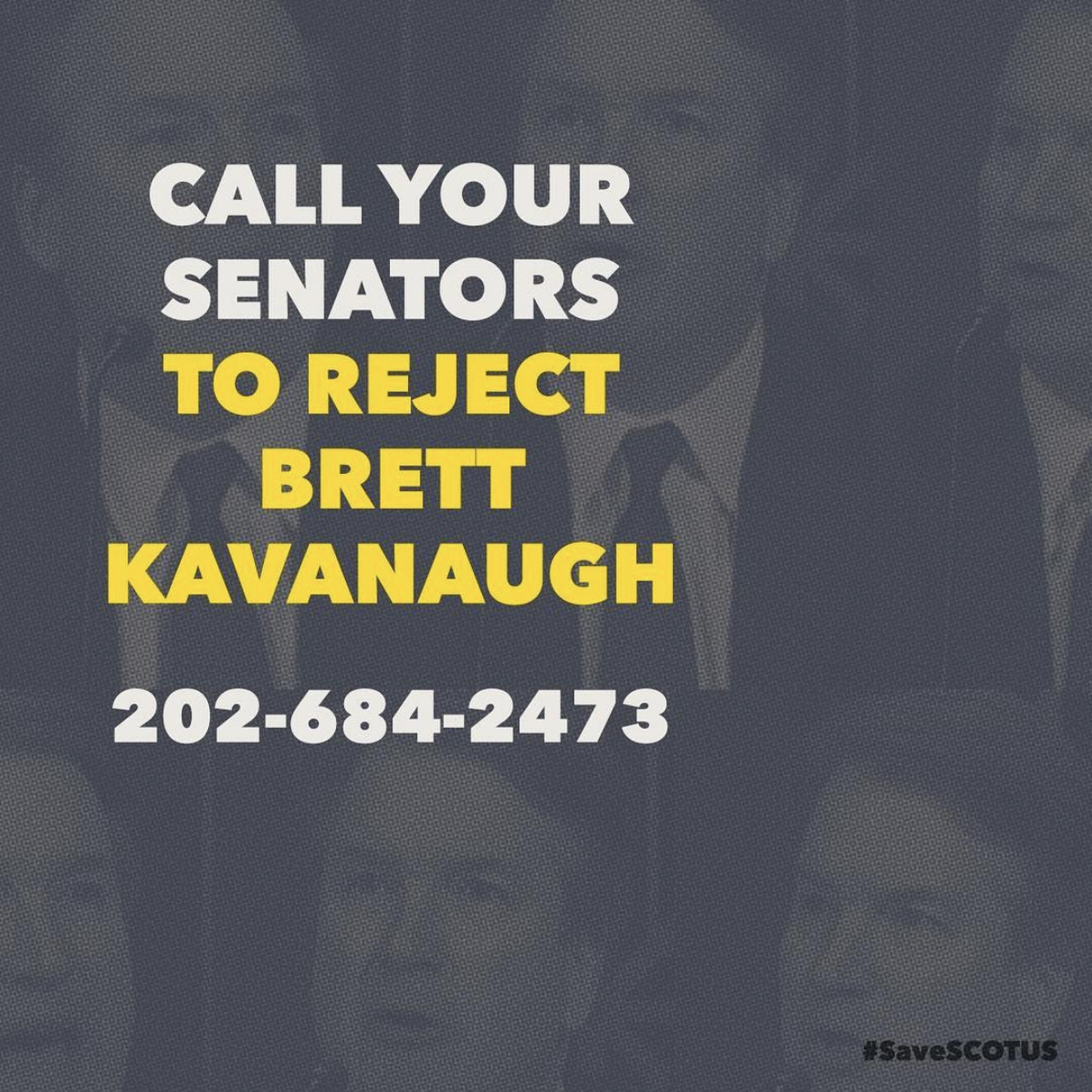 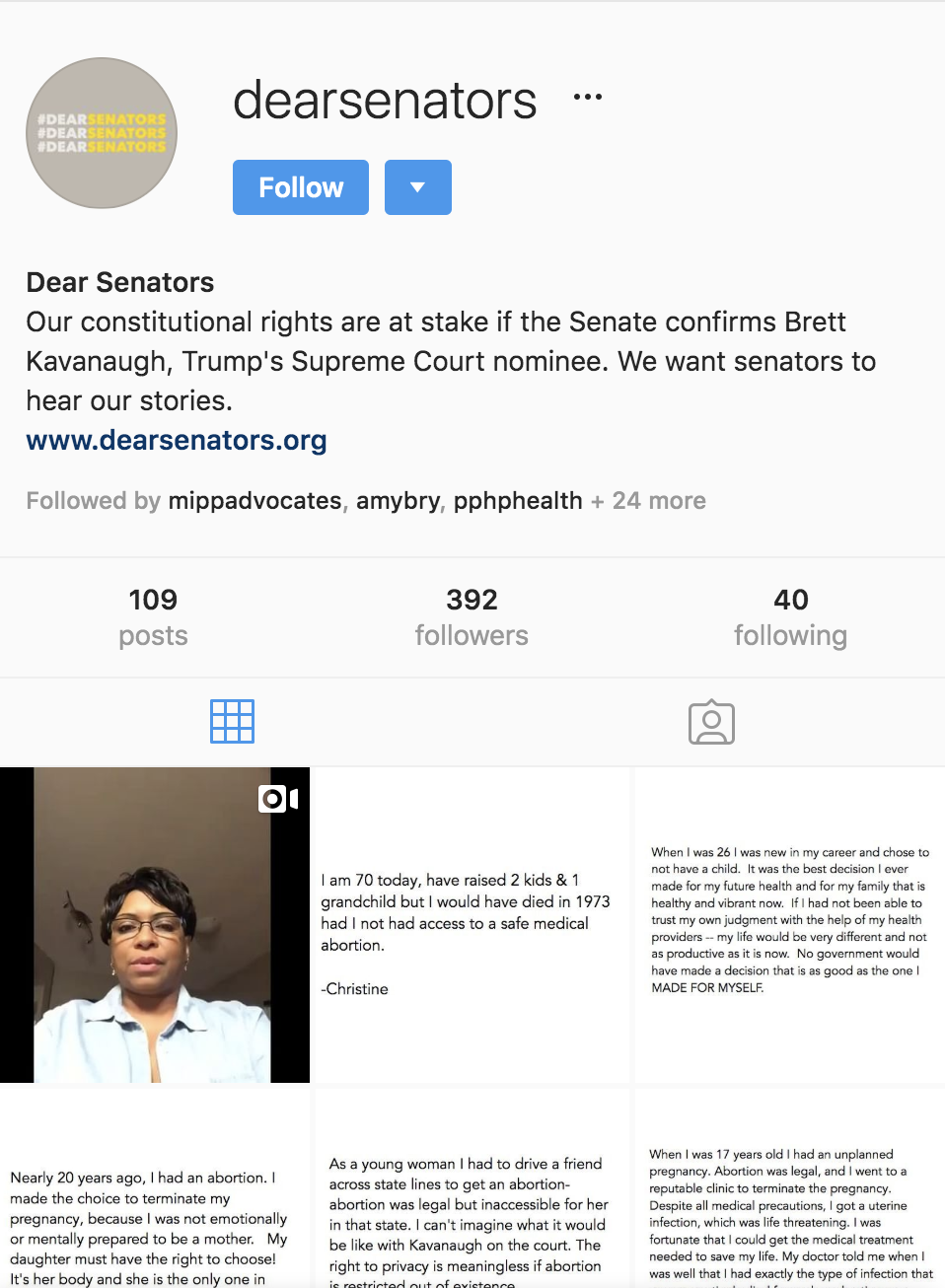