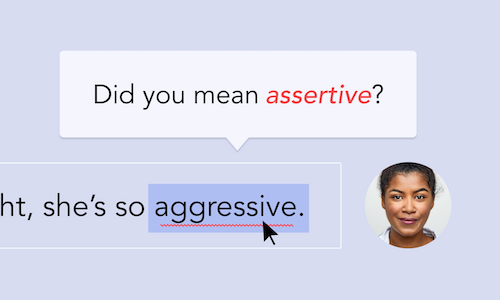 Catalyst — a global non-profit  whose mission is to help create workplaces that work for women—discovered through their pioneer workplace research that unconscious gender bias is at the heart of gender inequality. Currently this systemic issue is one of the leading reasons we’re still 202 years away from achieving equality and because it’s unconscious even the most progressive among us is guilty of it, it’s almost automatic. But once a person does learn how to see their bias they can actively work against it. The brief: Show people how to spot their unconscious bias in order to help them fight it.

Studies show that a person has to first learn how to spot their unconscious bias before they can override it. So we decided to leverage the power of  technology to combat this major workplace issue and accelerate change by building the world’s very first bias correcting plug-in. Like spell check, but for gender bias our plug-in identifies a user’s unconscious bias to them in real-time work-based chat conversations where employees are more likely to engage in casual conversations.  Leveraging Catalyst’s research, we coded the technology to flag 24 words proven to hold women back and offer up the positive alternatives used to celebrate men for the same behavior. When a user types one of these biases in conjunction with a female pronoun they’re prompted to stop and think before they hit send, “If she were a he would you still have chosen that word?” This prompt gives the user the option to choose the bias-free alternative, ignore their bias or learn more about the issue.

The issue our plug-in combats is unconscious, so in order to drive downloads, we had to first spark awareness around unconscious bias in the workplace. Once the #BiasCorrect Plug-In was built, we began a grassroots outreach to put real-faces to this real issue. Women were asked to choose the bias word they had been labeled with the most throughout their careers and submit it with a  headshot. On International Women’s Day, these women shared out this highly-personal content via their social channels, which drove the masses to the #BiasCorrect landing page where people could download the #BiasCorrect Plug-In and also create their own image to join these women as the faces of the #BiasCorrect Campaign.

Despite all the marketing clutter on International Women’s Day and with almost zero media spend, the #BiasCorrect campaign sparked awareness, conversation and action around the world. Our boss ladies posts drove over 115,000 people to our microsite where thousands joined the movement by making their own #BiasCorrect photo with our generator. To date, the Plug-In has been downloaded by 324 workplaces in diverse industries like finance, technology, fashion, consumer goods, professional services and more. And that number continues to climb daily. Catalyst experienced all-time high engagement rates across all social platforms, including LinkedIn, and their following grew by 2075.8%. Even the free banner we got from Pandora outperformed the benchmark by 715%. In the end, the #BiasCorrect campaign got 188.5MM impressions. 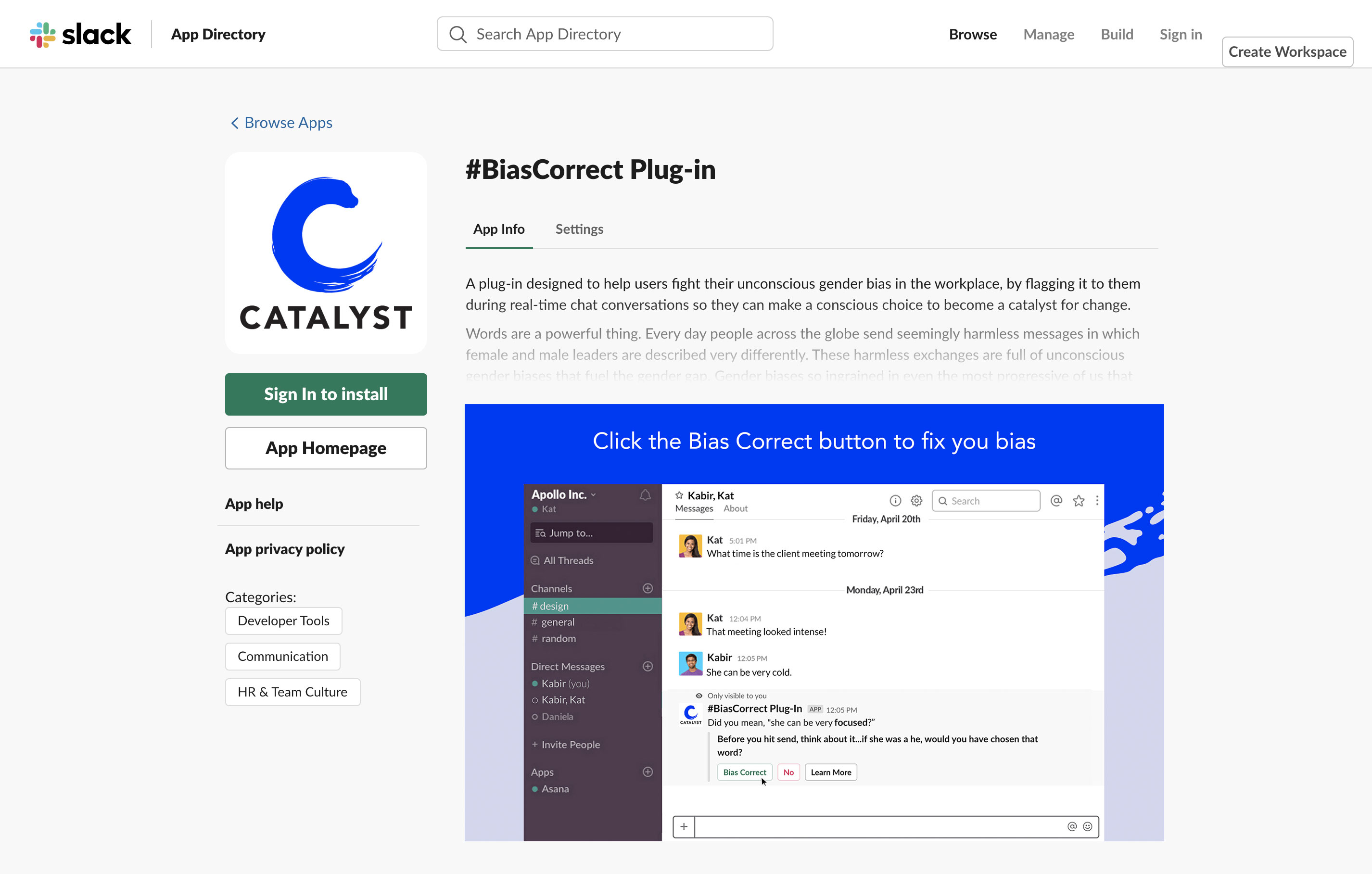 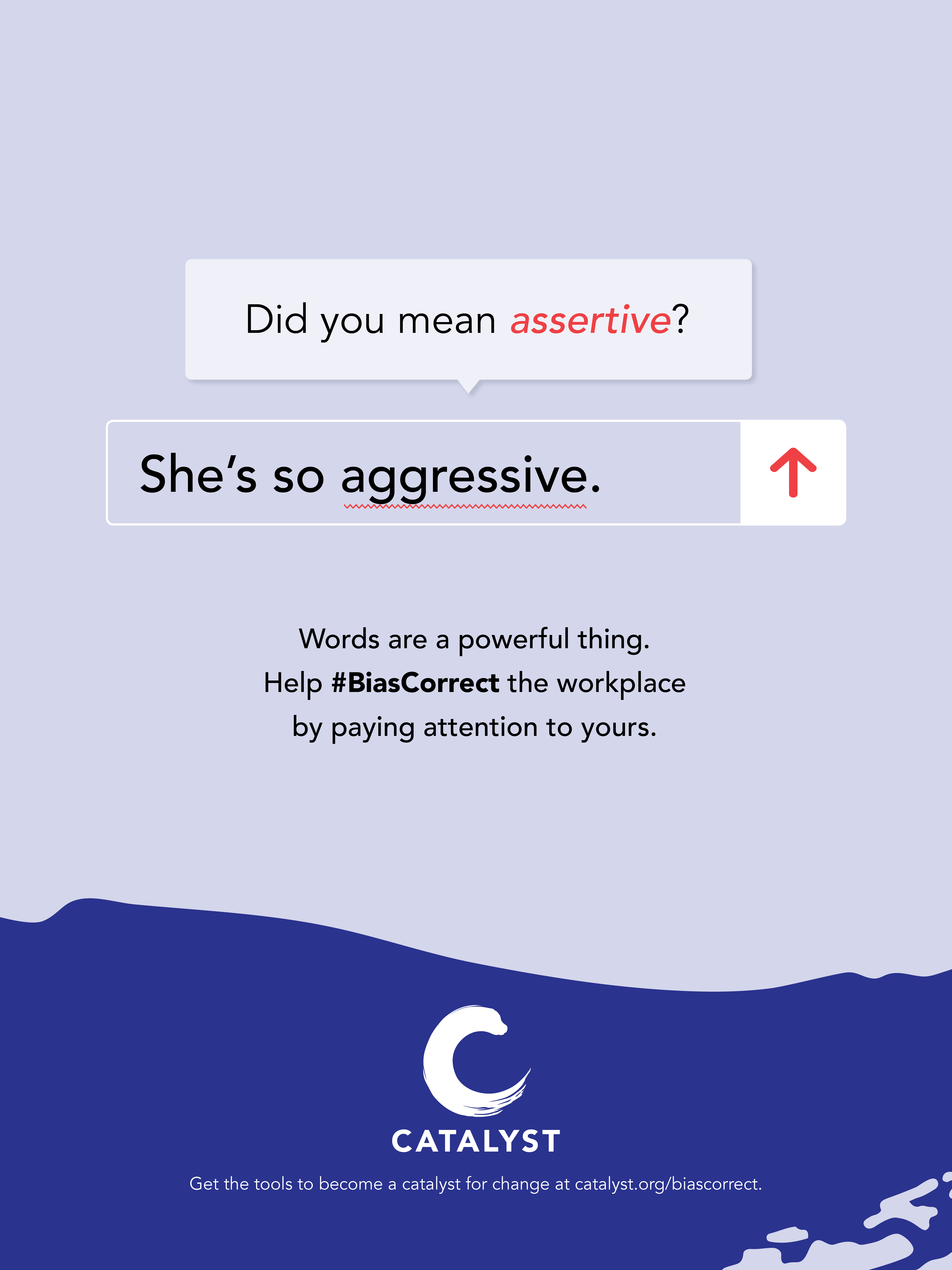 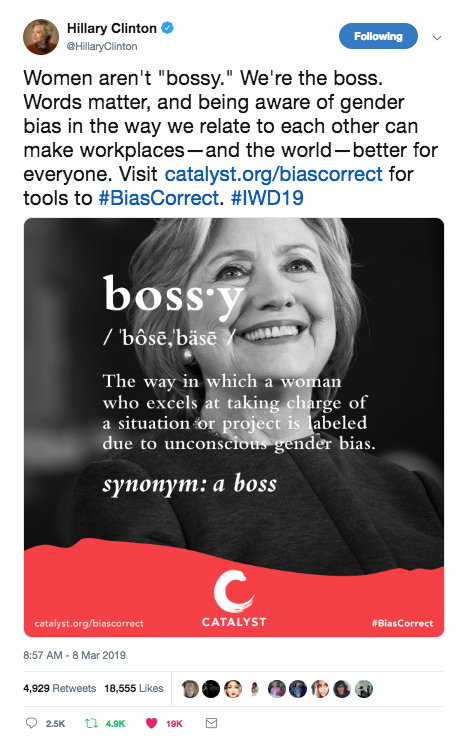 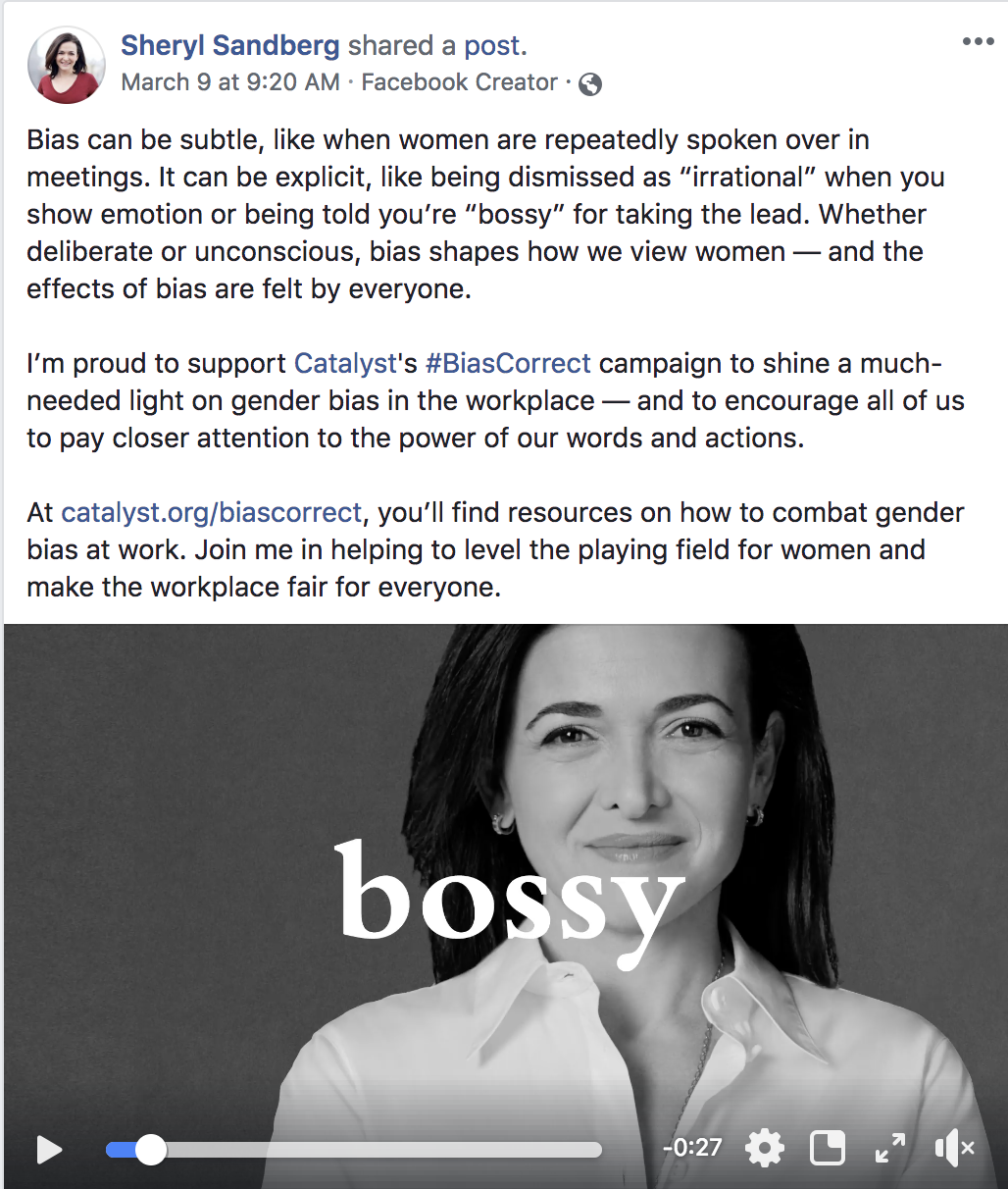 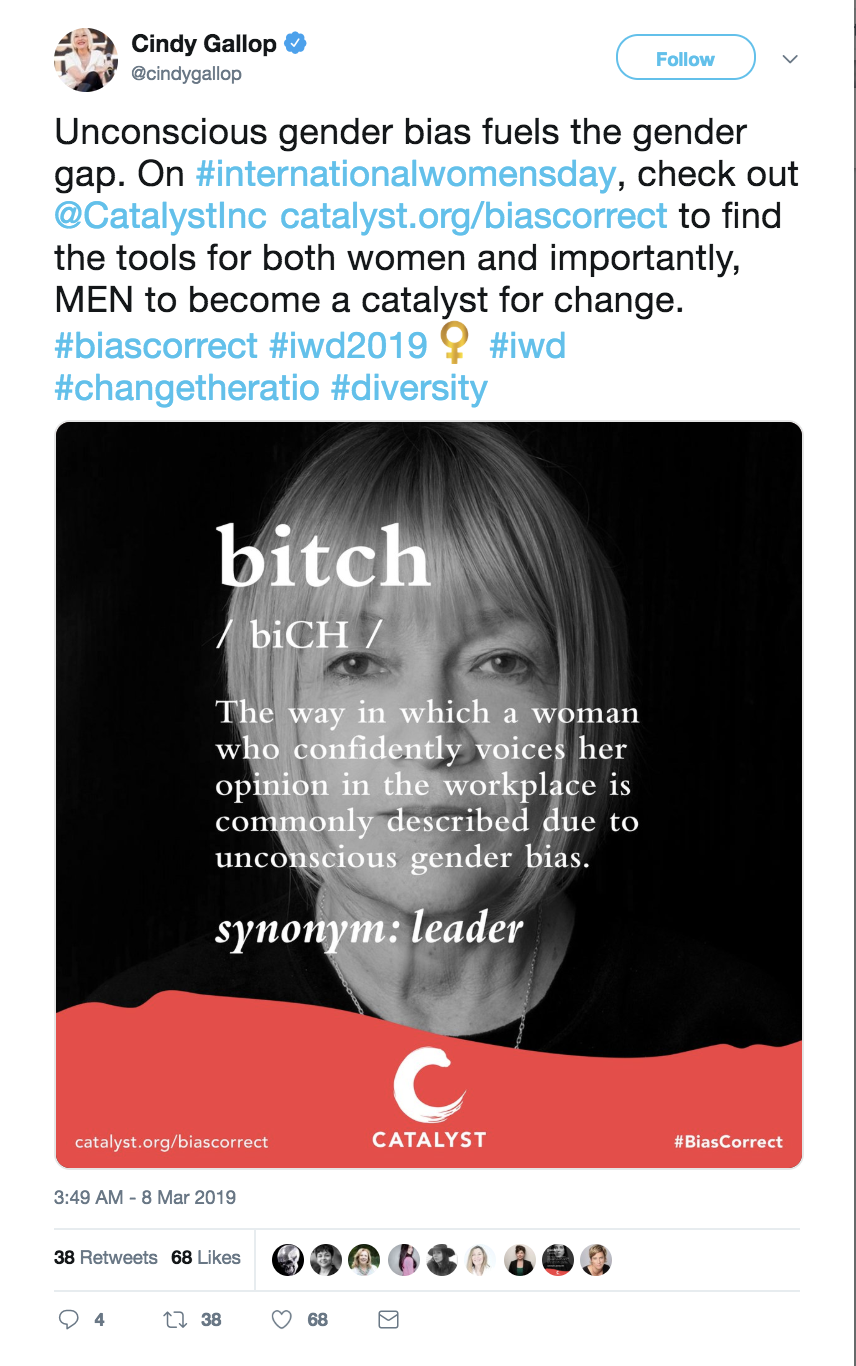 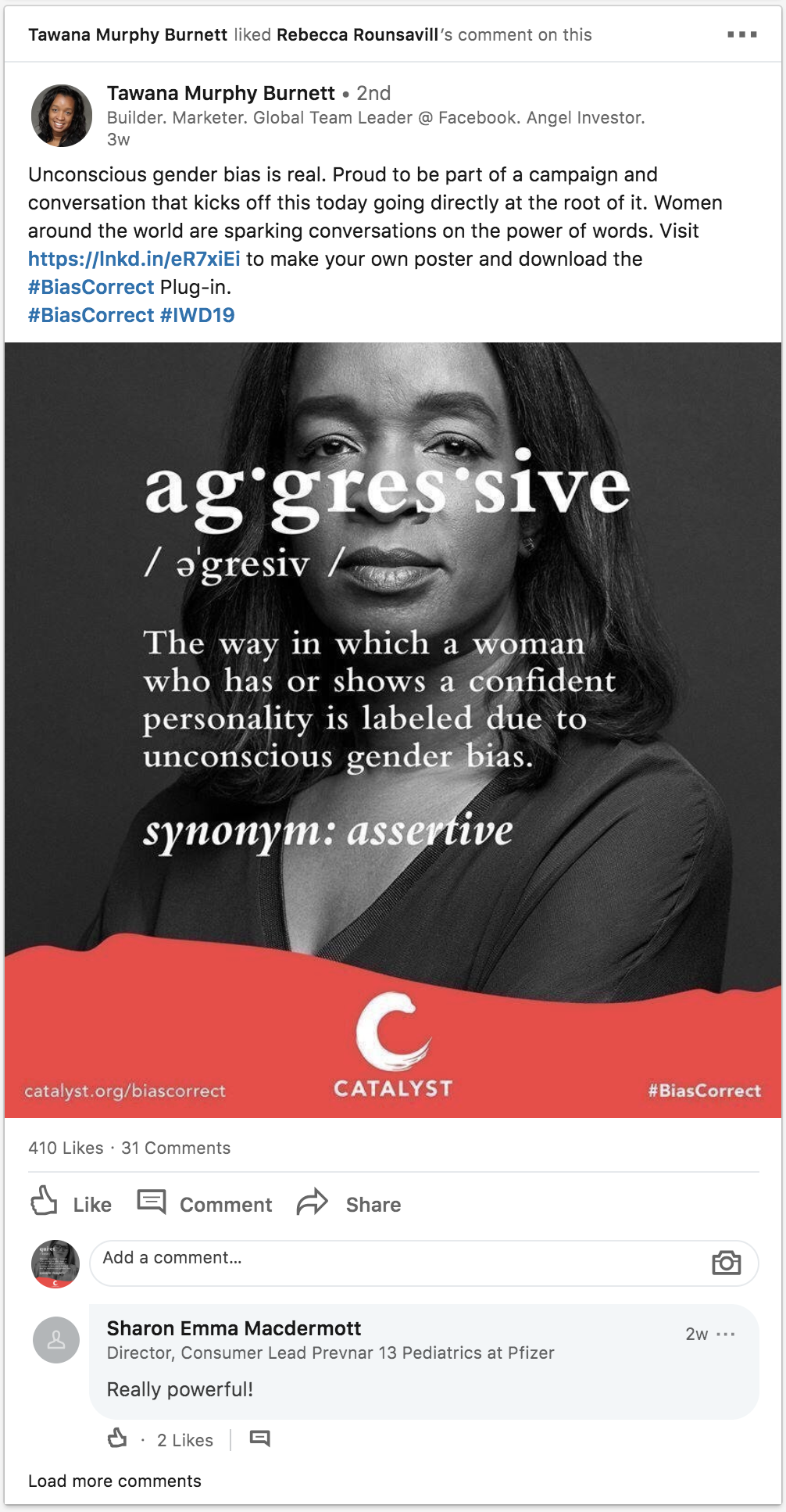 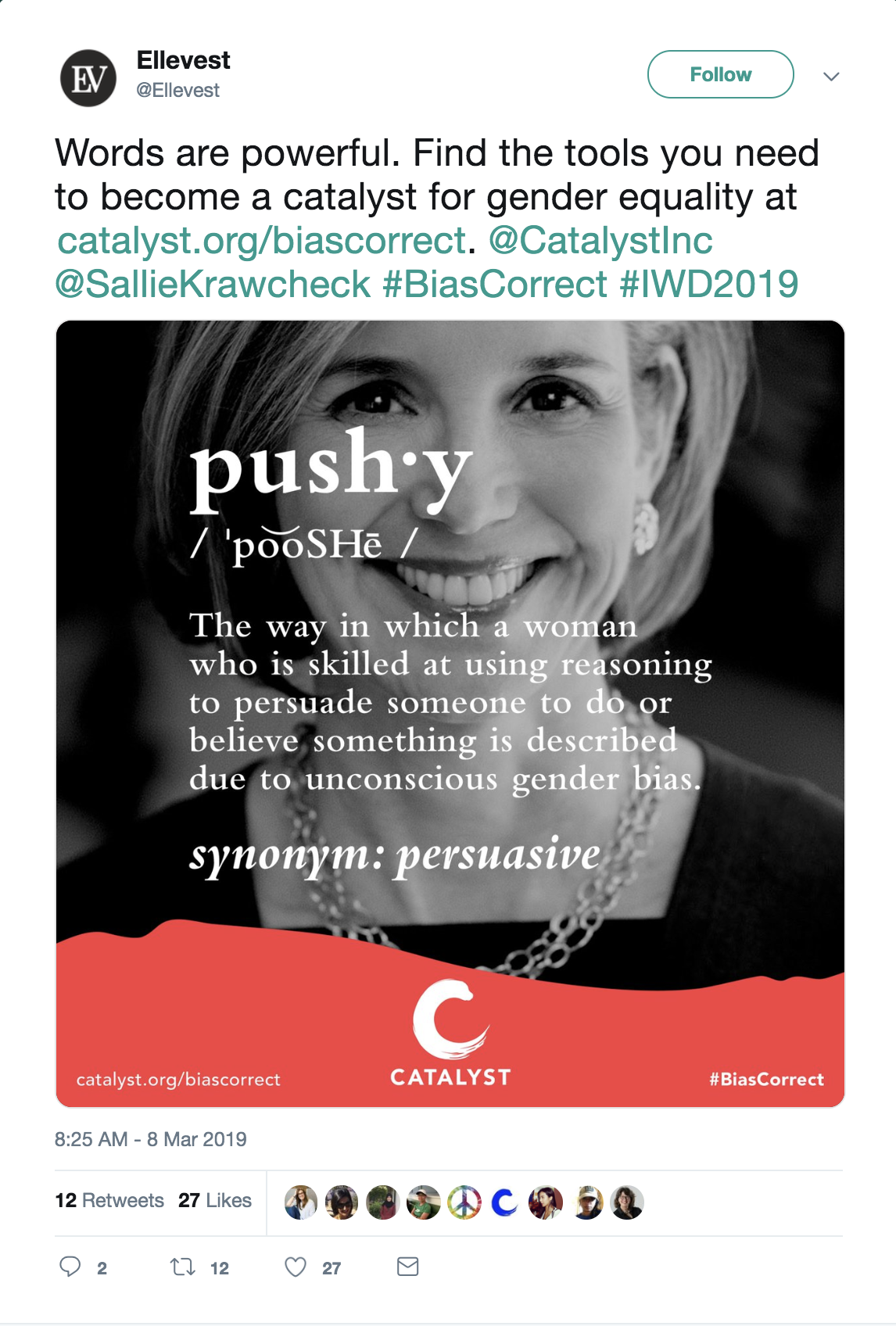 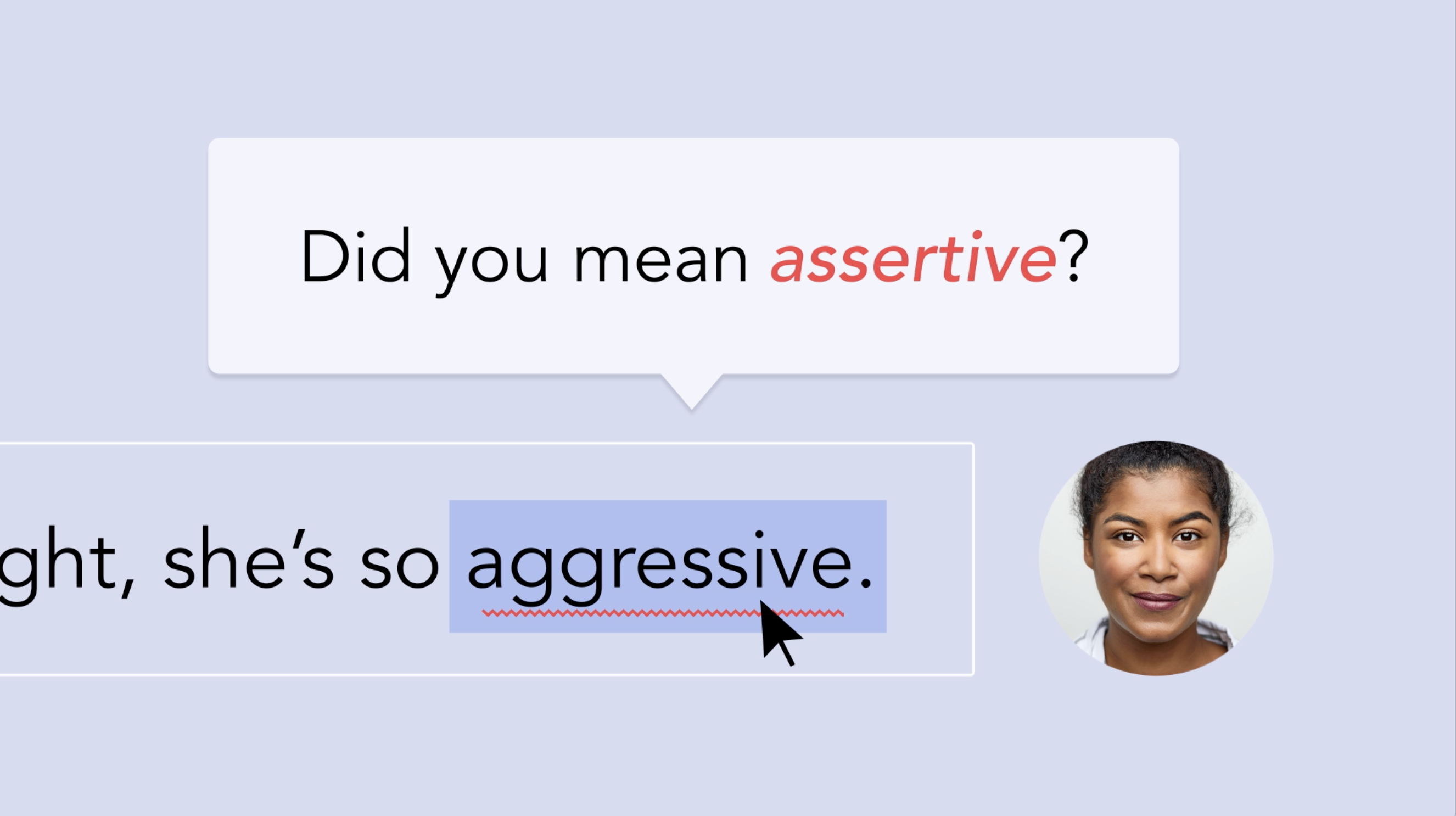