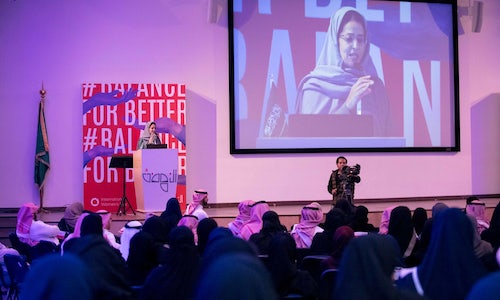 With advancements in the Kingdom of Saudi Arabia and the implementation of Vision 2030 - a series of economic and social reforms to drive progress across the nation, the kingdom is currently witnessing a new era filled with hope towards social and economic progress. Among the many announcements defined in Vision 2030 is a determination to reinforce the contribution of women to society and economy, with hopes to increase women’s participation in the workforce from 22% to 30% -bringing forth the question of gender parity between men and women in Saudi Arabia.

For International Women’s Day and powered by a firm belief that a more balanced society allows progress and growth, and in line with this year’s theme Alnahda Society launched its #Balance_for_Better campaign. It highlighted the positive impact that balanced participation could have on social and economic aspects of society and was awarded in July 2019 “Best Practice” by the International Women’s Day Committee.

The campaign was set to achieve 3 main aims:

1. To spark conversation around the active roles of men and women in society and the workplace, in order to change perception in KSA and trigger action towards achieving balanced roles.

2. To question stereotypes affecting both genders and the causes hindering women in KSA from reaching their full potential whether at home, in the workforce or in society.

3. To stress how low penetration of women in the workforce negatively impacts the economy, and consequently causes a larger financial burden on their male counterparts.

Knowing the importance of the topic of gender parity in KSA, the early phases of the campaign strategy included research and brainstorming sessions, where we utilized social listening tools to gather insights through focus groups, field visits and online conversations, resulting in a deeper understanding of the challenges faced by women in the workforce and society. Later, a two-day workshop was conducted, bringing the expertise of different departments of Alnahda Society together. The final results culminated in a detailed plan which included the implementation strategy, activities and the overall campaign branding.

In order to build momentum, we first launched an Instagram campaign. It focused on how “gender balance” manifests itself in the lives of Saudis: at home, work, or in society. The campaign consisted of 6 videos, posted over 8 days, that deconstructed stereotypes about gender roles. The videos were authentic, showcasing real people, such as a father spending quality time with his kids while his wife finishes her Master’s degree and a retired businessman giving the title of CEO to his competent daughter to manage their family business, instead of his only son.

After attracting the attention of people towards the matter, we aimed at triggering deep conversations around gender balance. Hence, Alnahda Society organized a private event where roundtable discussions involving thought leaders were held to open conversations between both genders. Forty-five subject matter experts from the government, private and non-governmental sectors discussed obstacles and solutions towards women’s equity in the labor market, as well as financial and digital inclusion.

Finally, after building the hype and achieving virality, our aim was to nudge people to reflect on the question of balance between genders in society. We achieved that through hosting an open On-Campus Event at Alnahda Society in Riyadh under the theme of #BalanceforBetter. The goal was to provide the public with an understanding of the existing situation of gender imbalance, motivating them to take steps to counteract it. Alnahda Society achieved that through the following:

Series of Talks: included high profile speakers from varying fields who highlighted the existing situation and possible solutions to achieve a gender-balanced society. Also, findings from the roundtable discussions were presented to the public.

Pledge Wall: Included pledges from attendees for #BalanceForBetter in the following areas:

- Support equal representation of genders in board members, executive and managerial positions

- Eliminating all forms of cyber-bullying and gender-based discrimination

The Pledge Wall was extended to The Boulevard Mall reaching a wider audience and triggering advocacy towards gender equality.

Audio Pods: were installed to tell inspirational stories of women from different social circumstances who fought gender stereotypes and fulfilled their potential.

Finally, to create lasting memories of the event and support the theme of International Women’s Day 2019 a photo-booth was installed where men and women struck the pose of #BalanceforBetter.

For 2019, Alnahda Society is emphasizing the alignment of its intervention strategies with the Sustainable Development Goals defined by the UN. Consequently, the International Women’s Day campaign responded to SDG 5 (Gender Equality) and was able to achieve the following:

1. Trigger conversation around the expected role of men and women in society, and contribute in a change of perception;

2. Highlight  stereotypes affecting both genders and define the causes that hinder women in Saudi from reaching their full potential whether at home, in the workforce or in society;

3. Change mindsets towards the topic of gender parity by showcasing how the low penetration of women in the workforce negatively impacts the economy, and consequently causes a larger financial burden on their male counterparts.

- Number of pledges taken towards achieving a #Balance_For_Better: 1,048 pledges

The campaign also allowed Alnahda Society to gain valuable insights and offer a space for subject matter experts and the general public to come together and explore solutions towards achieving a more balanced society. Furthermore, the event provided Saudis with the space to question and explore stereotypical behaviors and to understand the positive value of balance between genders. The campaign allowed viewers to rethink their attitudes towards assigned gender roles for both genders and opened a platform for an inclusive and insightful conversation around gender parity in Saudi. 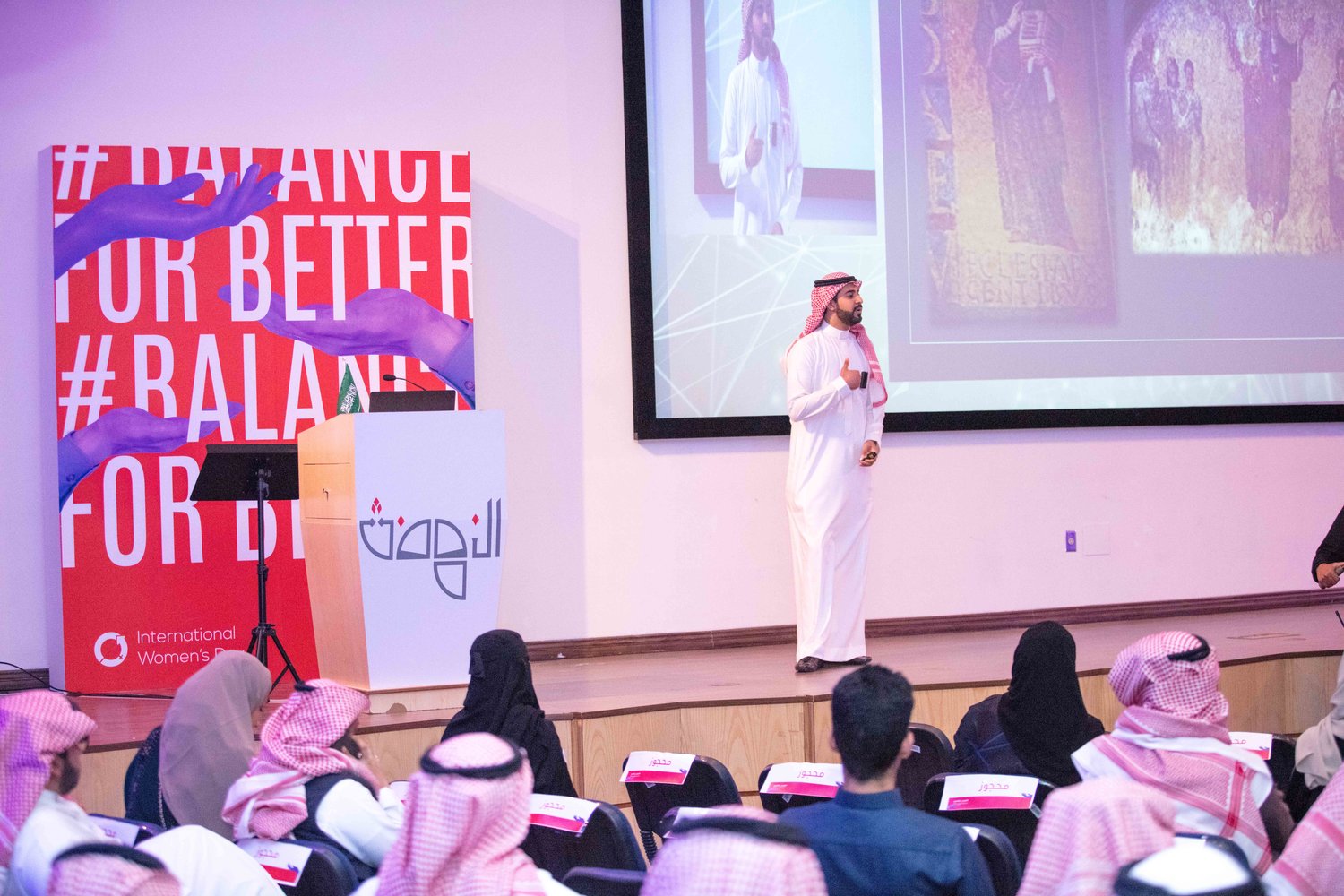 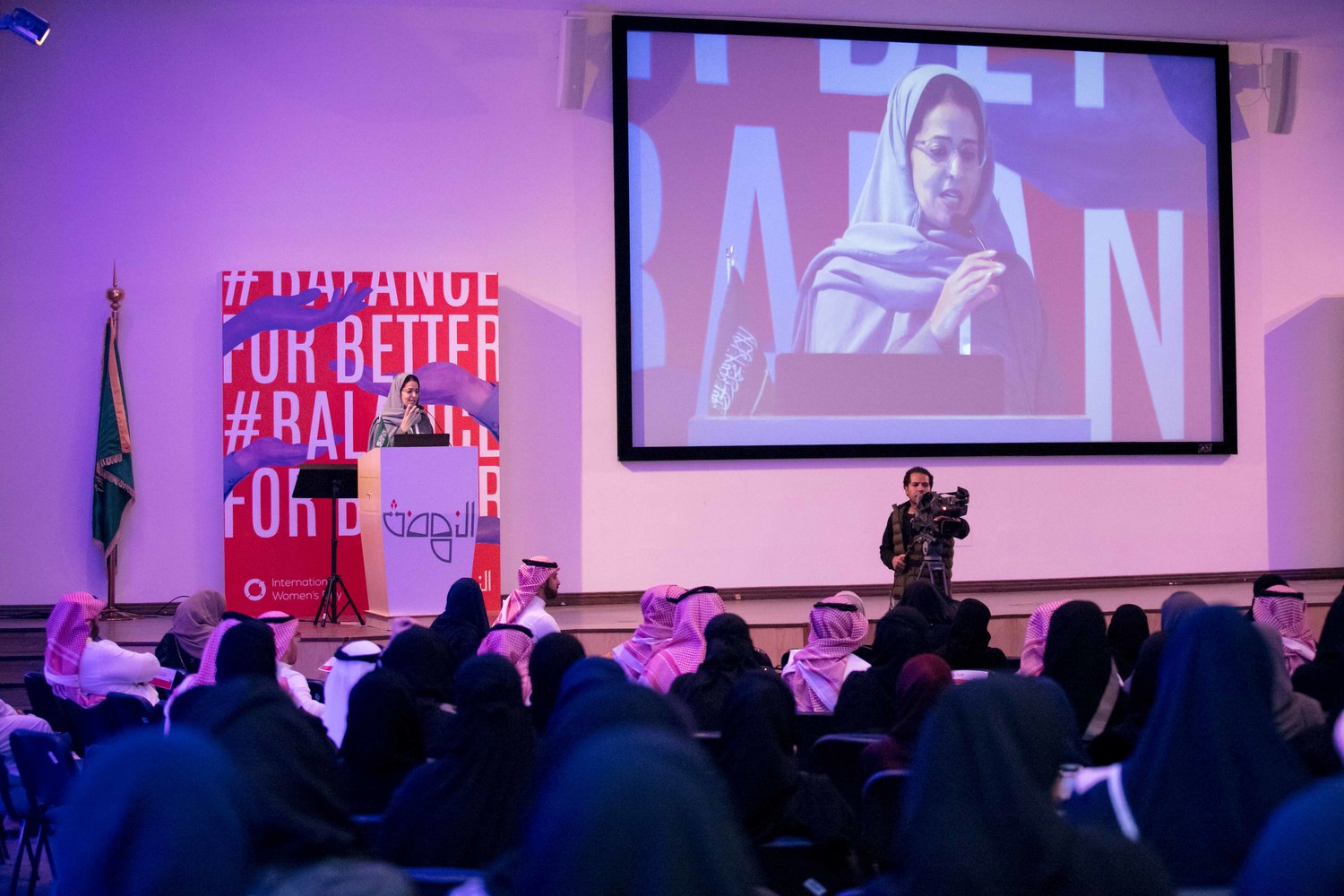 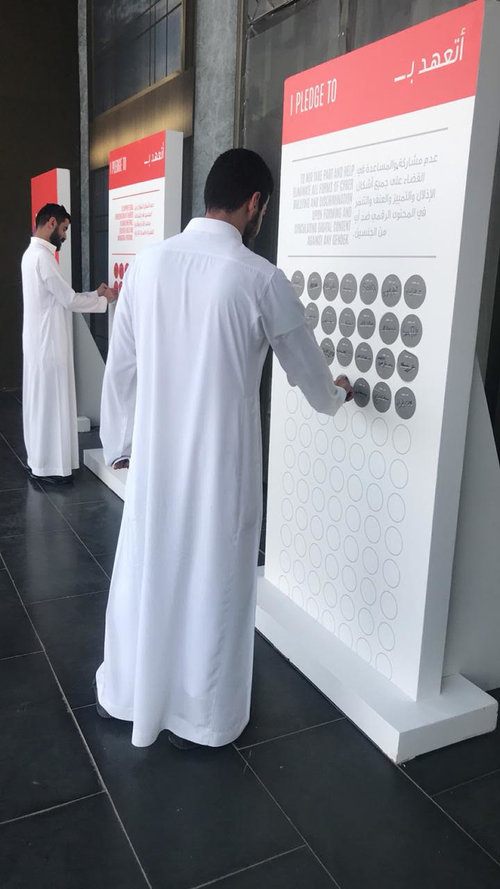 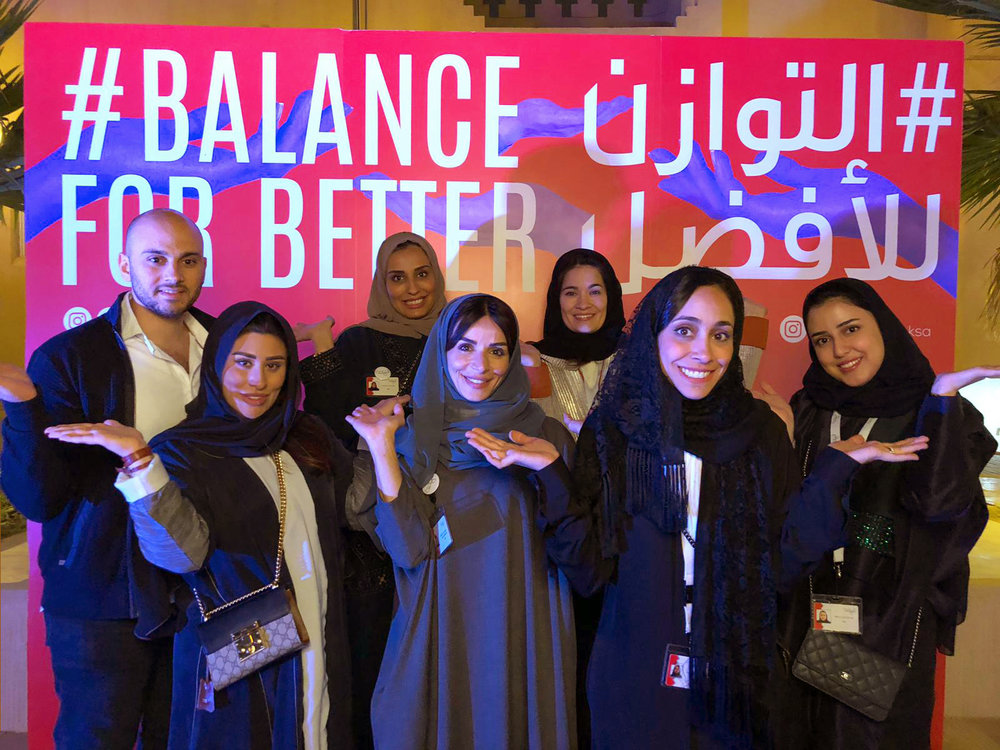