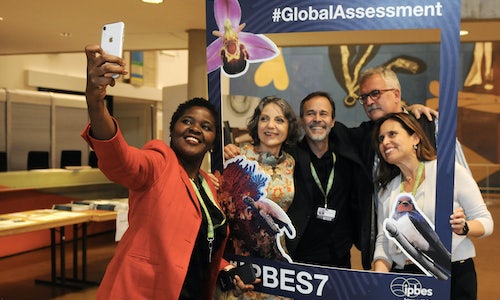 In terms of implementation, a major part of the unprecedented success of the #GlobalAssessment social media campaign was due to the exceptional level of support and amplification from IPBES partners, allies and advocates including (among others) the main UN social media accounts, the French Government, WWF, WEF, IUCN, UNESCO, UNDP, FAO, UNEP, CBD, the EU and IPCC. 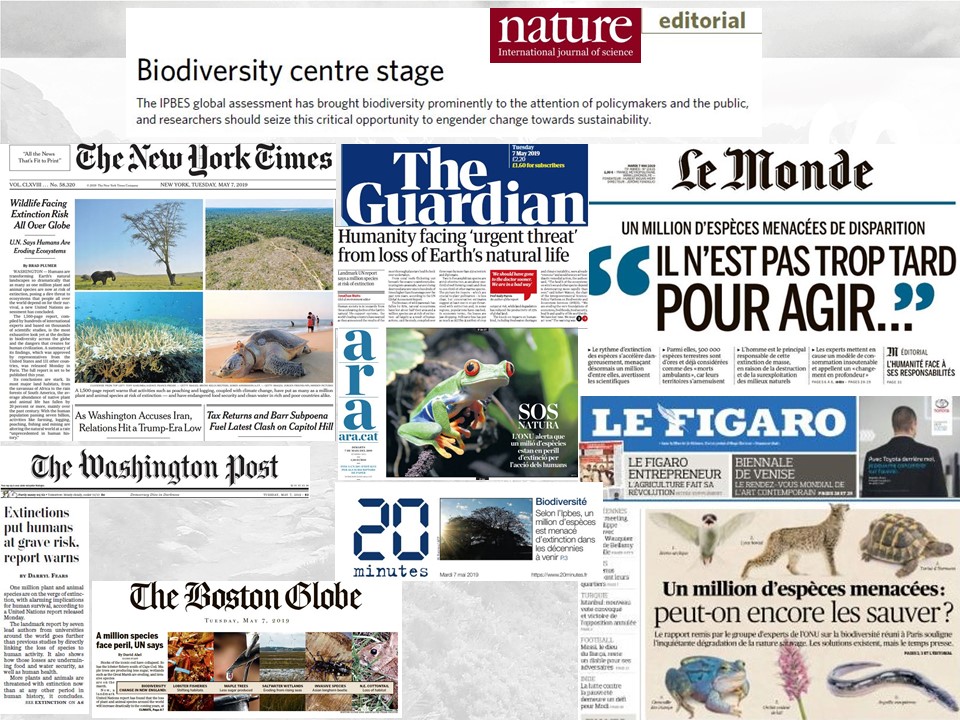 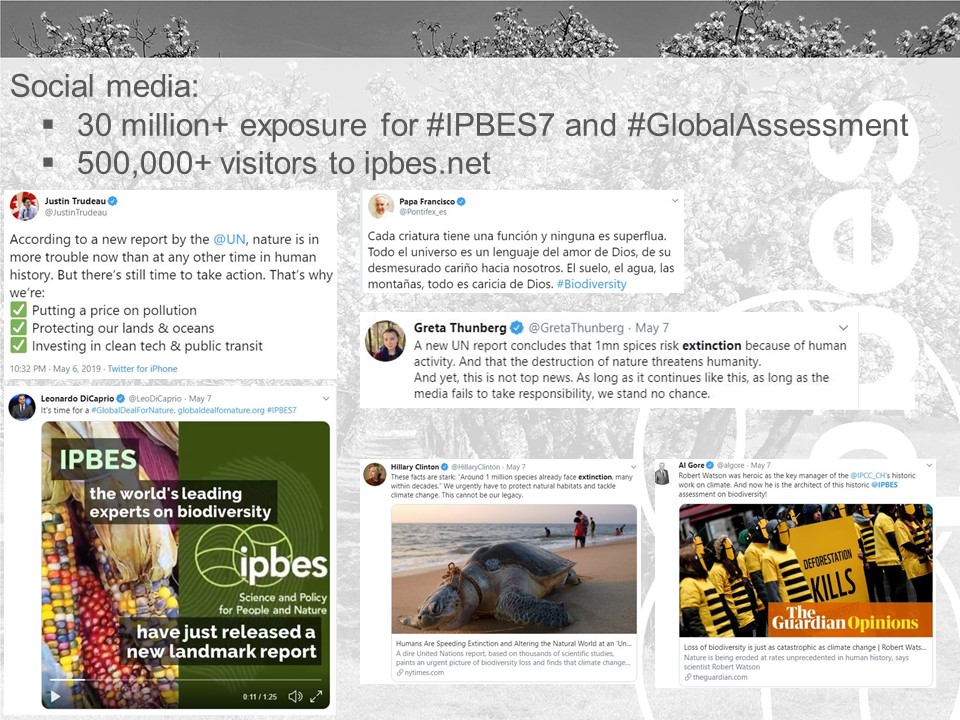 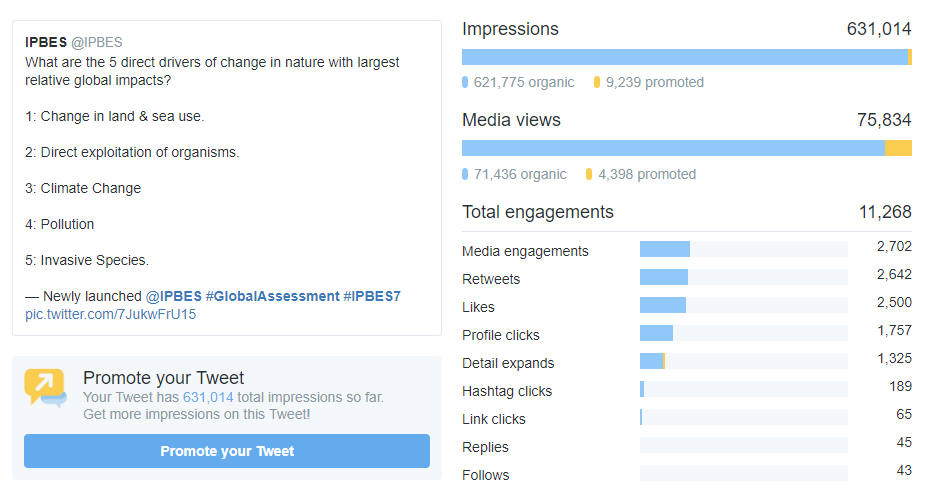 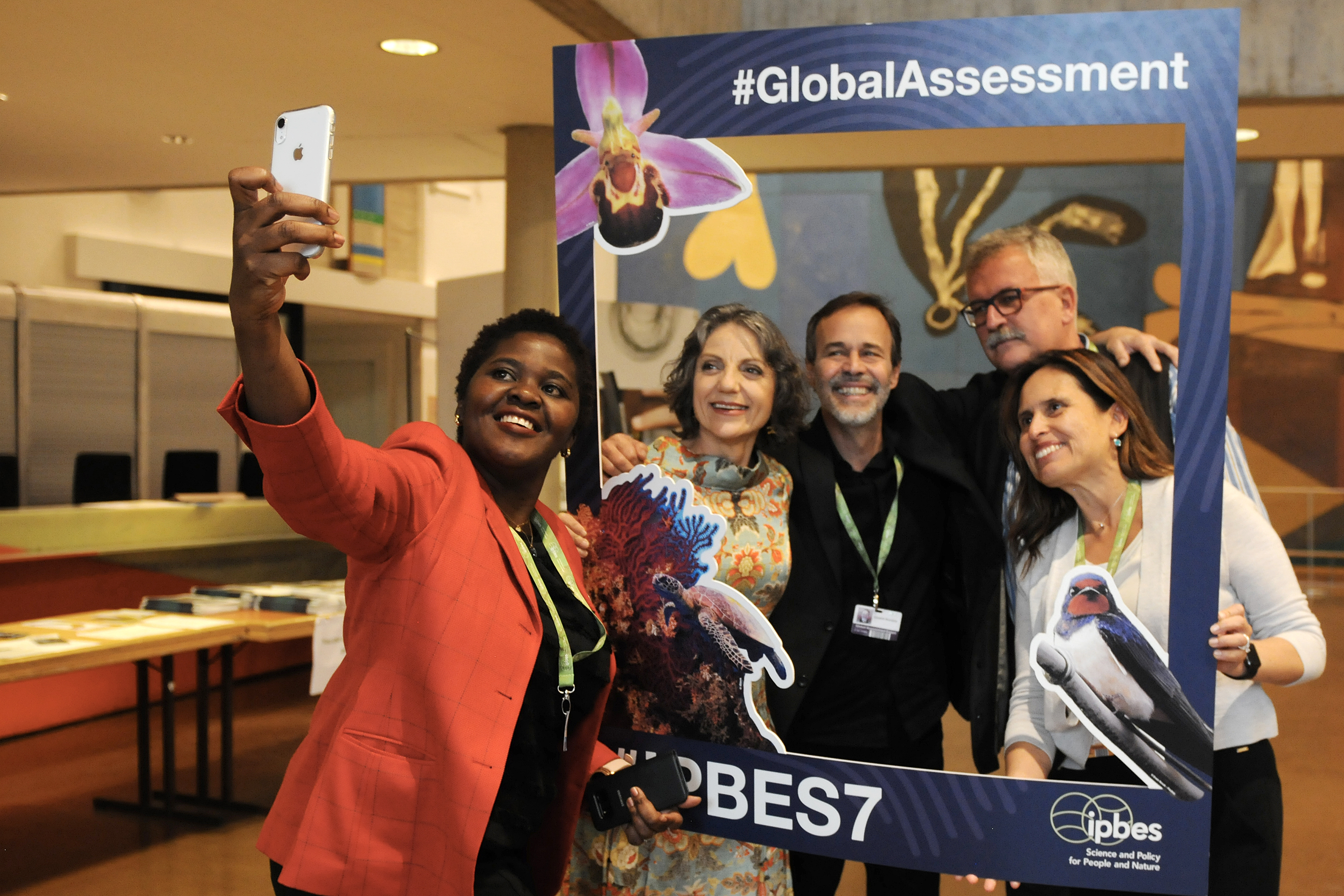 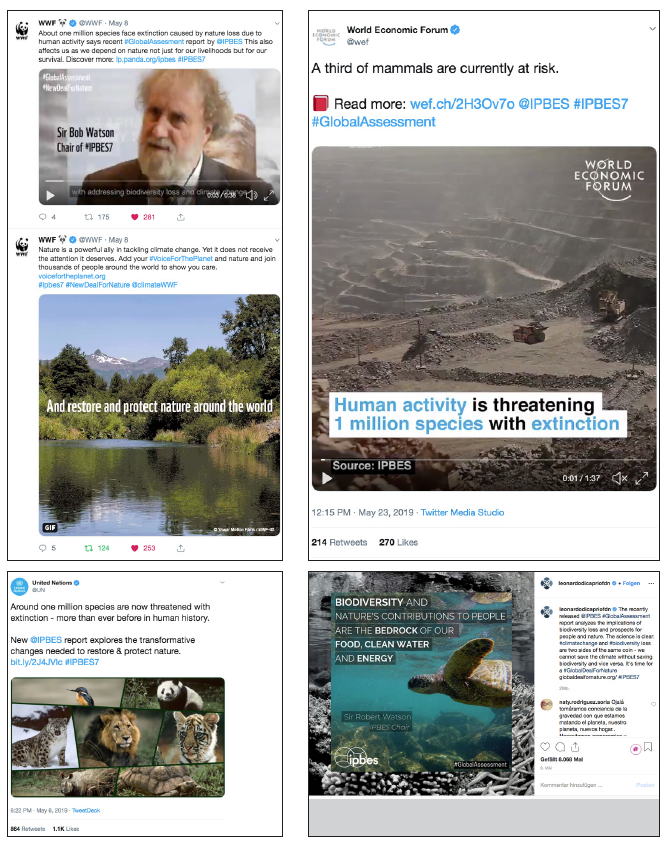 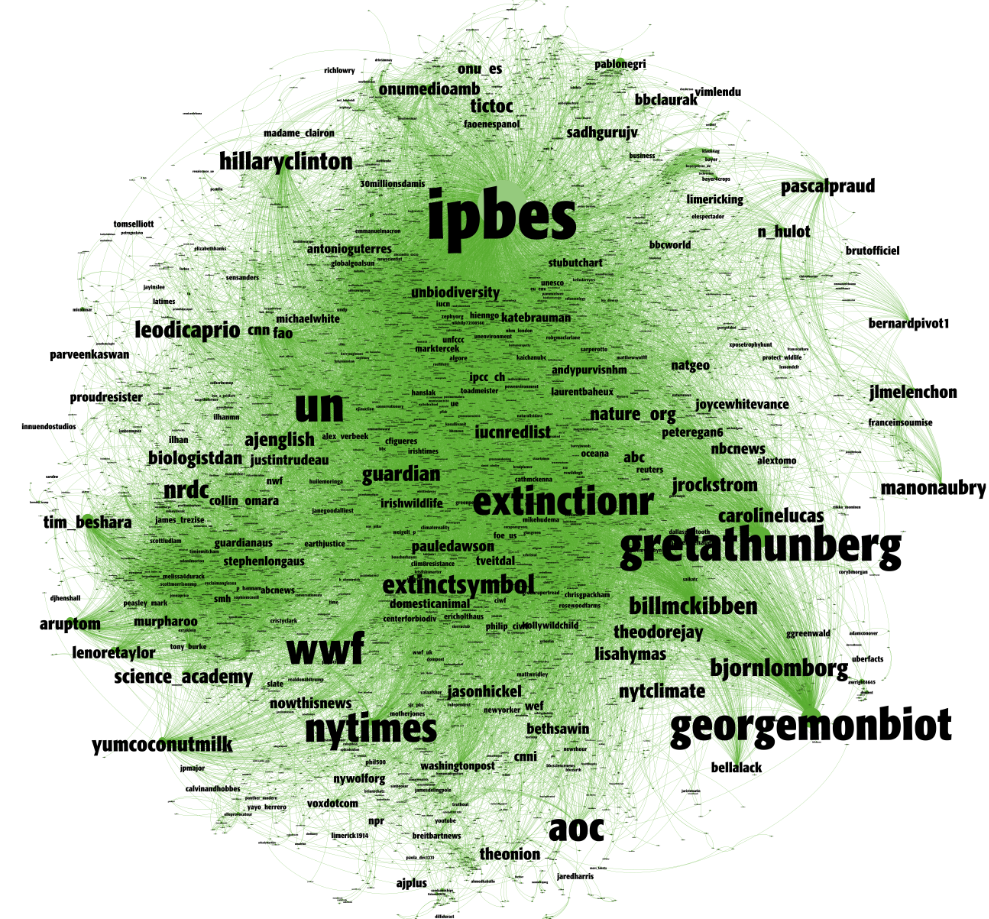