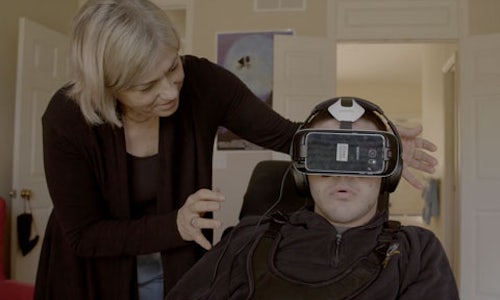 Tim Bartow has a rare form of cerebral palsy that affects just 100 people in the U.S. Despite living with significant physical challenges, Tim aspires to see the world and to one day become a screenwriter.

Through a friendship between Blue Chalk and Tim's mother, Liz Bartow, Blue Chalk worked with United Cerebral Palsy, a nonprofit advocating for adults and children with disabilities, to share Tim's story with the aim of raising awareness about life with cerebral palsy.

Blue Chalk has a strong interest in virtual reality and realized that this technology could be of huge benefit to Tim. We knew that capturing Tim's initial experiences with VR would be a very powerful moment and the perfect way to illustrate how cerebral palsy hasn't dampened his lust for life.

A small Blue Chalk crew traveled to Tim's home in Kansas where they captured the magical moment Tim experienced virtual reality for the first time. The team made sure to utilize close ups and multiple camera angles to give viewers a real sense of Tim's joy and excitement.

Once the film was created, Blue Chalk set about finding avenues for distribution that would ensure the film was seen by as many people as possible. By reaching out to a number of editors and media groups, we were able to secure multiple outlets to help share Tim's story.

"Tim's New World" was shared by Upworthy, USA Today, the Daily Mail and many others, resulting in over 4 million views.

As a result of the film, Tim has had the opportunity to live out his dreams of becoming a writer thanks to an LA acting group who invited him to California for a reading of his screenplay. He has also received hundreds of other kind offers from people around the world which include everything from classroom appearances to a pint of beer.

Most notably, the film has allowed Tim to emerge as a voice for change who advocates for a life without limits for people with disabilities and social inclusion of the marginalized. 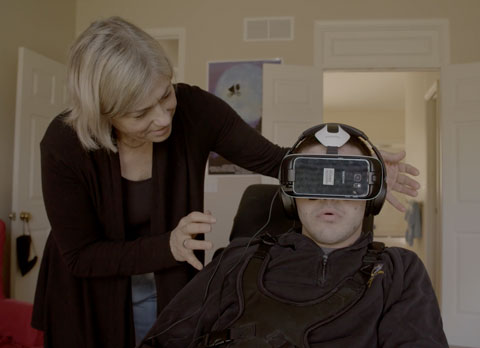