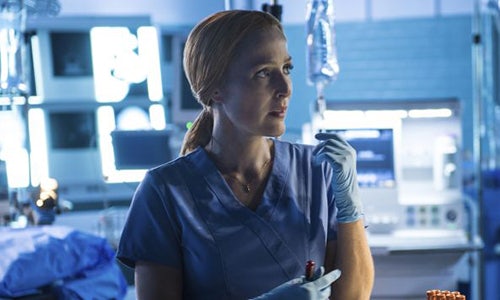 FOX's "The X-Files" is one of the longest-running and most iconic series in network television history, from its initial nine-year run from 1993-2003 to the subsequent event series which reunited the cast in 2016 and 2018. The skeptical, analytical Dana Scully (played by Gillian Anderson) stood out in the media landscape of the time as one of the only female lead characters in primetime television working in STEM (science, technology, engineering, and math) professionally. As the series returned to television recently, 21st Century Fox increasingly heard from viewers who described what came to be known as "The Scully Effect"—generations of women who pursued careers in STEM and cited the character of Scully as a primary inspiration in that pursuit.

In February 2018, FOX parent company 21st Century Fox partnered with the Geena Davis Institute on Gender in Media to document and analyze this phenomenon with the aim of better understanding the character's influence on women in the STEM fields and beyond. The project assumed the following objectives:

1. Produce a collection of empirical data to support the notion that the Dana Scully character inspired women to pursue careers in STEM

2. Raise awareness of this "Scully Effect" to both celebrate "The X-Files'" positive cultural impact and inspire more shows to write strong female characters

3. Elevate female voices in the STEM fields and continue inspiring women to pursue these careers

Scully stood out in the media landscape of the 1990s and beyond as one of the few female characters in primetime television working in STEM. In order to move beyond the anecdotal nature of the Scully Effect and present actual evidence of its impacts, 21st Century Fox adopted the following strategy:

1. Partner with the Geena Davis Institute and J. Walter Thompson Intelligence to conduct research into the empirical validity of the Scully Effect

2. Publicize the positive findings of this research by using the full extent of 21CF's global reach as a media company

3. Create a video featuring Gillian Anderson and female crew members that celebrates the positive social impact of the Scully Effect

4. Circulate the hashtag #ScullyEffect and elevate the voices of the many women in STEM who cited Scully as an influence

5. Tie the digital campaign to Women's History Month in March 2018 to amplify the message

The Geena Davis Institute and J. Walter Thompson Intelligence set out to measure the Scully Effect in three different ways: whether Scully's character improved women's perceptions of STEM fields, whether she inspired girls and women to go into a STEM profession, and whether female viewers see Scully as a role model. The agency conducted an online survey that ran from February 15 to 20, 2018, with an opt-in sample of 2,021 participants. The sample was demographically representative and was limited to women 25 and older, to ensure that respondents were old enough to have watched "The X-Files" and subsequently entered the post-college workforce. The study also oversampled women working in STEM fields and viewers of "The X-Files".

Following the study's positive findings, 21CF create a five-minute video about the Scully Effect with actress Gillian Anderson speaking on her experience playing Scully, the reasons Scully resonated with so many women, how often she hears from fans who say Scully inspired them to study science, and what the lasting legacy of the character will be.

21CF released the video online on February 28, just before the start of Women's History Month in March, on its corporate website as well as on "The X-Files" page on the FOX network's site and across the company's social channels. Fans were also encouraged to continue the conversation on social media using the hashtag #ScullyEffect to share how the show's representation of a respected forward-thinking woman in STEM influenced their lives and career paths. The findings from the research study were also shared with targeted media outlets and journalists who have covered topics around women in STEM and female representation in media.

As detailed below, the study found overwhelming statistical support for the Scully Effect:

Additionally, the video and #ScullyEffect digital campaign garnered significant attention online, and sparked comments from thousands of people sharing stories of how Scully inspired them. 21CF and Fox publicized the research across their websites and social platforms, and the story was extensively covered in US and international press.

Above all, the role of the Scully Effect campaign served to further advocate for gender equality in the STEM fields and celebrate the ways compelling storytelling can make a significant impact on our culture. For 25 years, Scully's portrayal of a high-achieving woman in STEM has asked generations of women to imagine new horizons of professional options. As Anderson says in the video, "Scully was a desperately needed role model for women of all ages, everywhere… and if she can see it, she can be it."

Video for The Scully Effect: Celebrating The X-Files’ enduring character Dana Scully and the scientific phenom 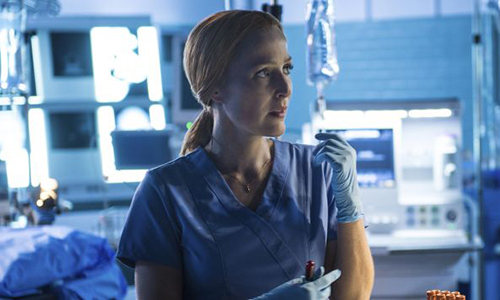