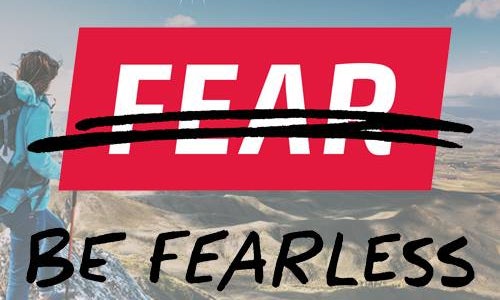 Be Fearless is on a mission to highlight individuals who bring to life what it means to "Be Fearless" by making big bets, letting urgency conquer fear, being bold and taking risks, reaching beyond their bubble and making failure matter. The people and organizations we feature are tackling the world's most pressing issues. Past episodes have featured fearless changemakers like renowned chef and activist, José Andrés, who's using food to create long-term solutions to health and poverty around the globe, National Geographic explorers Steve Boyes and Adjany Costa who are working tirelessly to protect the wildlife of the Okavango Delta and Kathryn Finney of digitalundivided who's helping give Black and Latina women entrepreneurs a seat at the table. The Be Fearless show (watch at https://www.facebook.com/BeFearlessShow/) brings their stories, and many more, to life to show that anyone from anywhere can Be Fearless in their pursuit of audacious goals..

In August 2017, the Facebook Influencers team reached out to us about an opportunity to bring our work to life in a new way by participating in the Beta launch of Facebook Watch. We only had a week to get started. As one of the few nonprofit organizations launching a show on the platform, we had to be scrappy and resourceful as our then four person team learned about the ins and outs of production and video storytelling on the fly.

We decided to create a show that shines a light on fearless changemakers of all walks of life, working in arenas big and small. Instead of narrowing in on one interest or sector, we look for people and organizations that embody the five principles of fearlessness we've long championed as a foundation: making big bets, letting urgency conquer fear, being bold and taking risks, reaching beyond your bubble, and making failure matter.

We set out to feature organizations tackling some of the biggest challenges of our day with those principles in mind. After shooting two initial episodes with our CEO, Jean Case, laying the foundation for what it means to be fearless, we talked to Chuck Scofield, the EVP of Share Our Strength, about how the organization did a major overhaul to double down on their commitment to feed hungry children. From there, we moved into the world of wildlife preservation, talking to National Geographic's Enric Sala about his work protecting the pristine seas.

Season One also included Amanda Nguyen, who passed the first sexual assault survivors bill of rights unanimously through Congress, and Special Olympics Chairman Tim Shriver, who inspired us with the organization's inclusion revolution. Season two includes Kathryn Finney, who's bringing much-needed support to women of color entrepreneurs, Conchy Bretos, who is building model care systems for low-income elderly adults, Greyston Bakery, which has a revolutionary open hiring policy, and Chef José Andrés, who's using food as an agent of change.

We're excited to continue creating engaging four minute videos that share the journeys of both legendary changemakers and leaders with untold stories who are acting boldly to tackle some of the world's biggest challenges.

In the 11 months since we've launched, we've published two seasons and 11 episodes that have amassed 1.2 million video views , 26,600 reactions, and 23,578 followers (see the 11 episodes at https://www.facebook.com/BeFearlessShow/).Our goal for each video is to inspire viewers that no matter their background or where they are starting from, they can make transformational change by Being Fearless. We do this by featuring people from all walks of life to portray that anyone and everyone can make a difference. We produce stories about a variety of topics to attract widespread audience and spread the message of fearlessness, calling viewers to act in the same way.

Our target reach for each episode is 100,000 views, and for a nonprofit starting from scratch, that goal might seem far-fetched. We have not only reached that goal, but have surpassed it in many ways. Our average is 139,700 viewers per episode, with our highest grossing views at 317,000.

We are one of the few foundations who have taken on this task of reaching others through a beta program on a social platform, and by doing so, we have been able to inspire and reach those outside of our own bubble. By highlighting changemakers, we are able to lift up people who are making a difference. That is what being fearless means to us, and we strive to portray this through our Watch series and encourage more fearless action in pursuit of change. 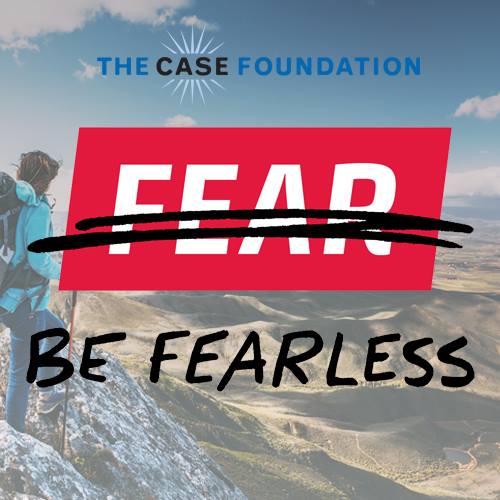