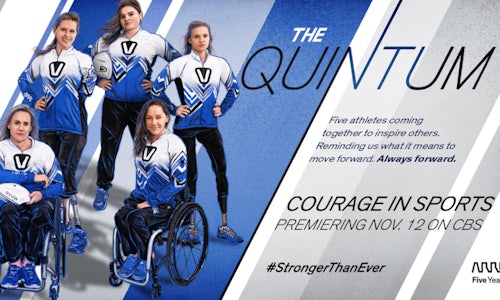 The Arrow Quintum is a demonstration team of five Paralympians with a common purpose — pushing their limits to inspire the next generation. These medal-winning athletes compete with disabling conditions ranging from missing limbs to blindness and paralysis. In this initiative, they tackled a series of outdoor sports in the backcountry of Colorado, including mountain biking, climbing, rappelling, horseback riding and whitewater kayaking.

We paired the Quintum with five girls, ages 11-16, enrolled with the Denver-based National Sports Center for the Disabled (NSCD), one of the largest outdoor therapeutic recreation and adaptive sports programs in the world. Under NSCD's direction, the Arrow Quintum and their young mentees tackled each physical challenge, supporting one another every step of the way. A story of inspiration leading to innovation as we all look forward to what is next.

Arrow focuses its corporate social responsibility (CSR) efforts on building and executing humanitarian projects and community programs that leverage its talents and resources to guide innovation forward. The Arrow Quintum was designed to highlight one of five CSR pillars, innovating communities, in which Arrow seeks to share resources and expertise to create opportunities in the communities where our employees live and work.

In late summer 2017, five Paralympic women (dubbed The Quintum) came together to venture into the unknown, to inspire others, to push the limits. Chosen for their accomplishments and their attitudes, these women have faced the odds and won, allowing nothing to stand in their way.

During these five days, they faced a series of outdoor activities, many they had never attempted. And, they displayed their athletic abilities to ignite passion in a group of young girls seeking the spirit of perseverance as they overcome obstacles of their own. Together, the Quintum and their five young mentees looked fear in the eye as each challenge was met.

For Arrow, guiding innovation forward is a brand pillar. We are not the heroes, we are the ones who help bring heroic innovation to life. The Arrow Quintum are athletes who were injured in training, or born with a disability, but never let it stand in their way. They remind us to have courage. That if we fall seven times, we get up eight. And in mentoring the next generation, they stand boldly in the notion of guiding the future forward.

Each athlete in the Arrow Quintum brought forth impressive athletic backgrounds and various strengths.

Oksana Masters: A five-time Paralympic medalist, Masters was born in Ukraine with leg deformities resulting from the Chernobyl nuclear reactor incident. She was adopted by U.S. parents at age seven, and began participating in a variety of adaptive sports from an early age.

Stephanie Jallen: An adaptive alpine skier from the age of nine, Jallen is a two-time Paralympian and, at the age of 15, was the second-youngest member ever named to the national team. Jallen was born with a rare birth defect called CHILDS syndrome, which left her with only one leg and one fully developed arm.

Staci Mannella: Born with achromatopsia, a congenital condition that seriously limits her visual acuity, Mannella has been alpine skiing since age four. A recent Dartmouth grad, Manella is also a two-time Paralympian and – in 2017 – was ranked top 10 in the world in every discipline in which she competes.

Alana Nichols: An avid snowboarder since childhood, Nichols has been paralyzed from the waist down since landing on her back in 2002. Since then, she has explored a variety of adaptive sports and is a four-time Paralympian competing in both wheelchair basketball and alpine skiing.

Muffy Davis: A former member of the U.S. Junior Ski Team, Davis became paralyzed from the chest down since a crash through a safety fence. Choosing to "thrive" rather than merely survive, Davis went on to earn medals in three Paralympic games competing in both alpine skiing and cycling.

In November 2017, The Arrow Quintum, and their accomplishments, were featured in their entirety on CBS Courage in Sports. Launching at the same time, Arrow featured vignettes of each athlete individually, behind the scenes video, and in-depth background both internally via email campaigns and in-office signage; as well as externally via a robust #StrongerThanEver social media campaign.

Executive leadership summit: Annually, Arrow holds an executive leadership summit where highlights from the previous year are brought center-stage. This year, time was devoted to educating business leaders on this program and its significance for Arrow. For Arrow, setting the stage for who we are as a business and as community leaders is far more important than hard numbers.

Ongoing mentorship: Each athlete continues to mentor and speak with the girl they were paired with – guiding them forward as they begin forging their own paths.

Video for The Arrow Quintum 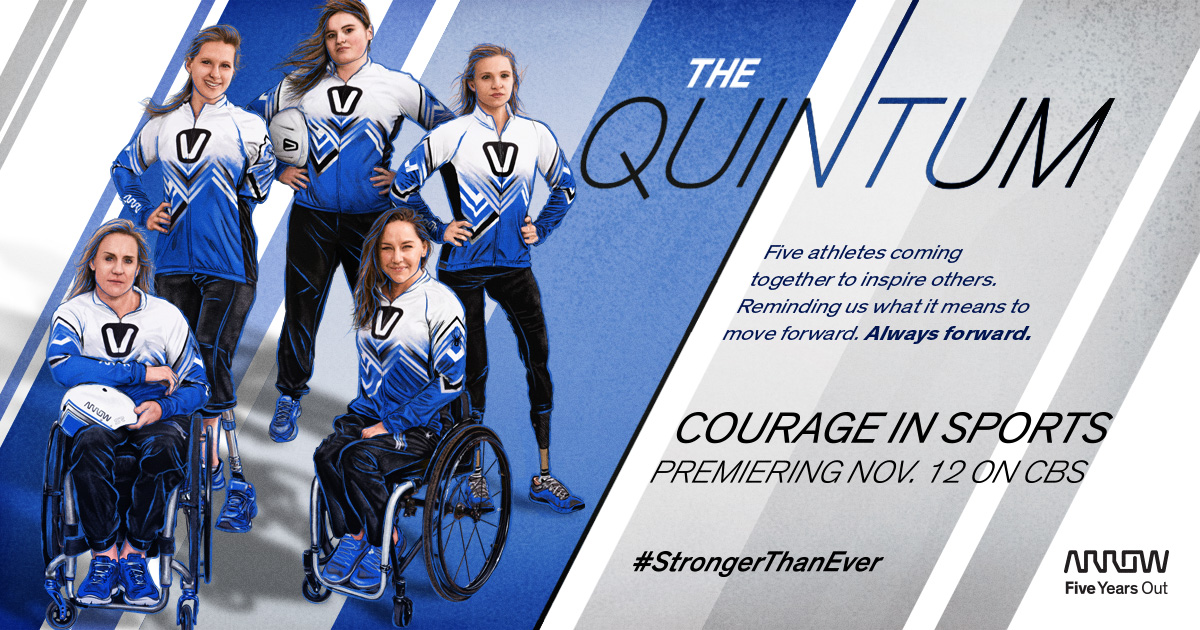 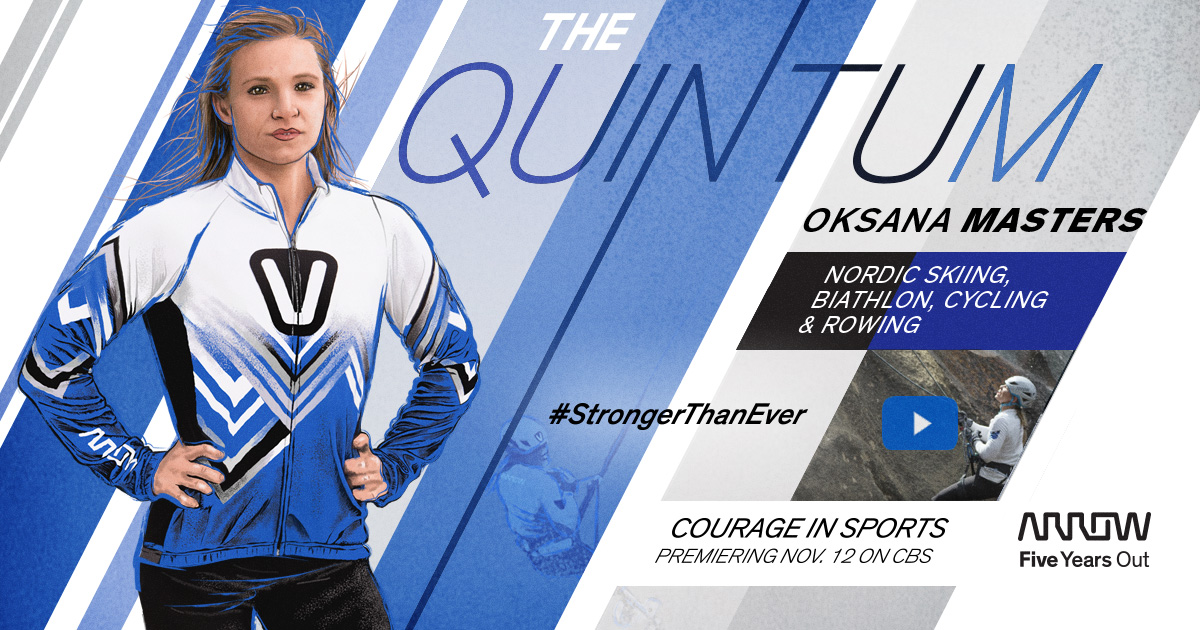 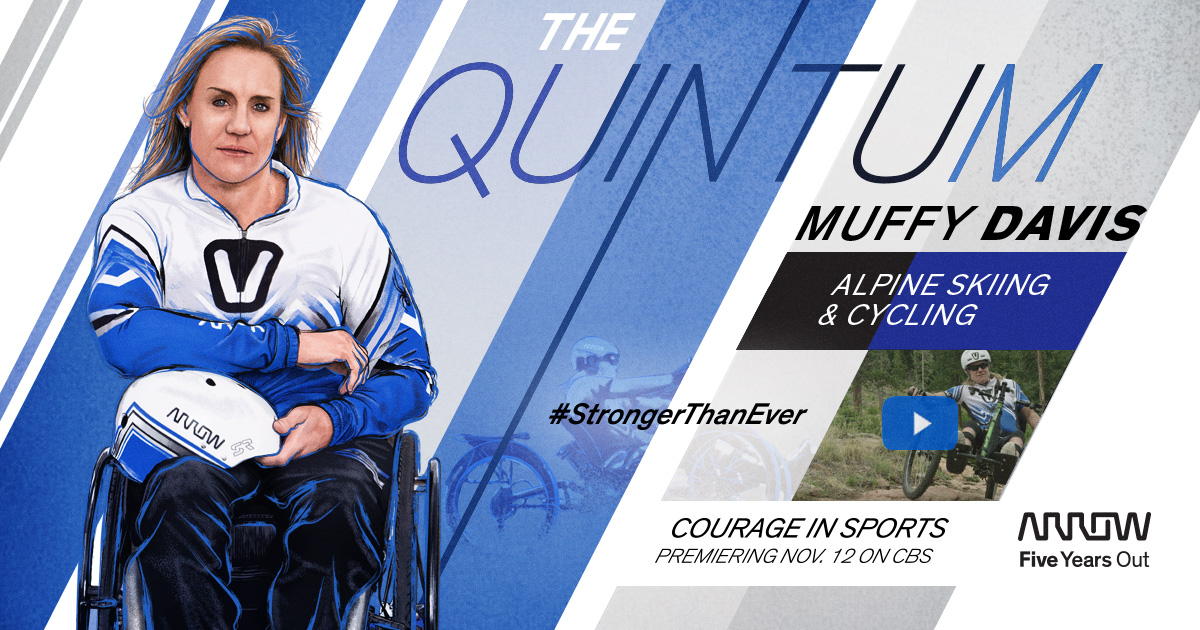 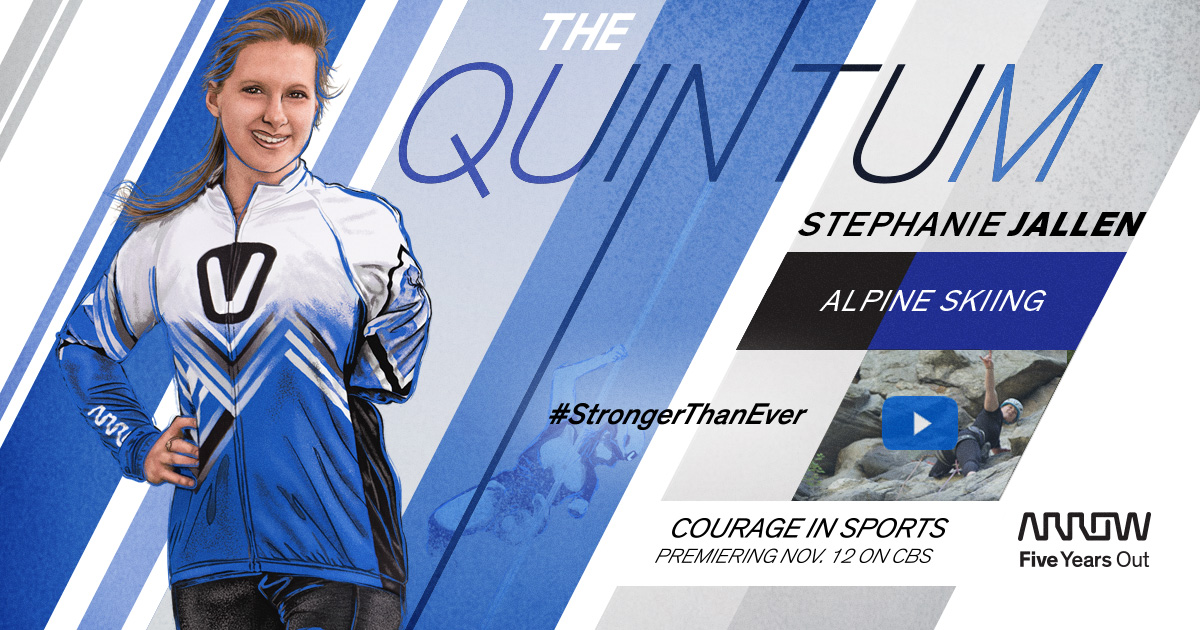 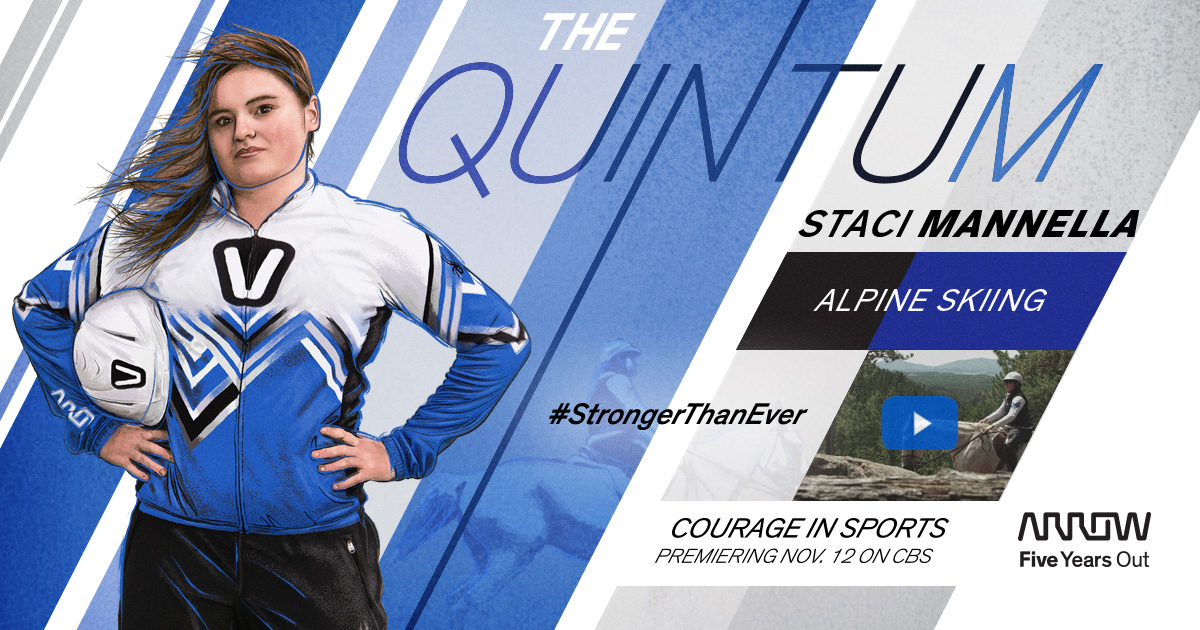 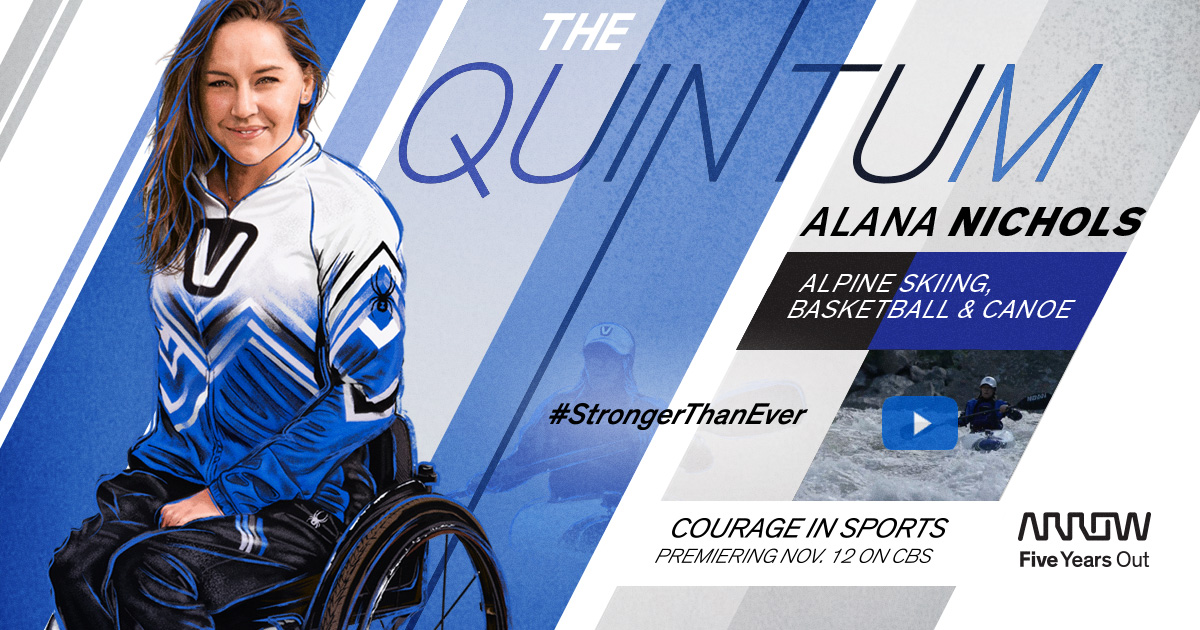