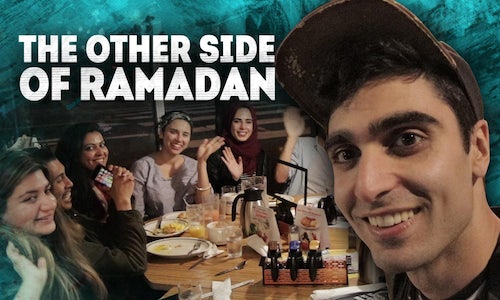 The Other Side of Ramadan

Our main objective with this video was to challenge popular perceptions about the holy month of Ramadan for those who may not be as familiar with the Muslim community. To do this, we didn't want to produce a PSA or an explainer. Instead, we wanted to tell a humorous and captivating real-life story using popular vlogging techniques to draw people in and keep them engaged until the very end.

While some may see Ramadan as a dour month of pain and suffering, there is actually a celebratory and communal side to the holiday that doesn't get much play in the public square. At a time when Muslims are particularly demonized and misrepresented, this video would provide an educational primer about what Islam's holiest month is actually like.

Our host and producer Yara Elmjouie had never fasted before in his life, so he decided to try it for himself and document the journey with his DSLR camera.

Throughout the journey, Yara saw firsthand the infectious celebratory spirit that pervades Ramadan, as well as the spiritual healing and unbreakable sense of community and human connection. He spoke to Muslims from all walks of life, from an Uber driver, to his Muslim AJ+ colleagues, to a coordinator at a local Islamic center, to some of the most widely respected Imams in the country. And, he frequently consulted with his co-producer Tabish Talib, a longtime faster who offered tips along the way.

Yara also partook in some uniquely American Muslim traditions—like the pre-sunrise meal (aka the "suhoor") that many Muslim Americans enjoy at iHop, a massive community-wide Iftar dinner attended by hundreds of San Francisco Bay Area Muslim Americans, and an Iftar dinner he co-hosted with his co-producer. Lastly, he explored the more charitable aspect of the holiday by passing out freshly cooked meals to the homeless population in Oakland, California.

Every step of the way, Yara offers his reflections and insights in the form of vlogging segments recorded in his room. The storytelling is raw, unfiltered, and honest as Yara drags his bulky DSLR everywhere to capture live, unscripted moments as he experiences them, all in an attempt to show viewers what Ramadan is really like.

The video left an indelible mark on the internet. It got 2.6 million views and 26,000 shares on Facebook, thousands of retweets on Twitter, and over 60,000 views on YouTube. But what was most heartwarming – and indicative of the video's impact – wasn't the views or the shares. It was the interfaith conversation and cross-cultural bridge-building that the video brought about. Comments sections can often be dominated by trolls and mean-spirited hot-takes. But these comments were something else – they were articulate, thoughtful, and unbelievably touching. They came from people of diverse ethnic and religious backgrounds seeking to bridge gaps in understanding and express mutual, cross-cultural love.

Many Muslim viewers expressed gratitude that such an authentic representation had been made available – and even reached out to the host privately to offer their support. What's more, non-Muslim viewers, who may not have been as familiar with Ramadan or Islam, said they found the video's depiction of the holy month fascinating and educational. Some recounted beautiful exchanges they'd had with their own Muslim American friends, others were moved to try fasting for the first time in solidarity with their Muslim friends, and yet others were touched by what they'd just learned about Ramadan from the video itself.

As journalists, we seek to inform, educate and enlighten those who consume our work – and to combat mistruths and misunderstandings that can sometimes provoke fear and hatred. In an era in which Muslims, immigrants, and other marginalized communities are often demonized by those in positions of power, we feel our video achieved a very palpable social good. It sparked much-needed interfaith dialogue and bridge-building, and guided the national conversation away from a fear-of-the-other discussion and toward what can only be described as love and appreciation.

Video for The Other Side of Ramadan 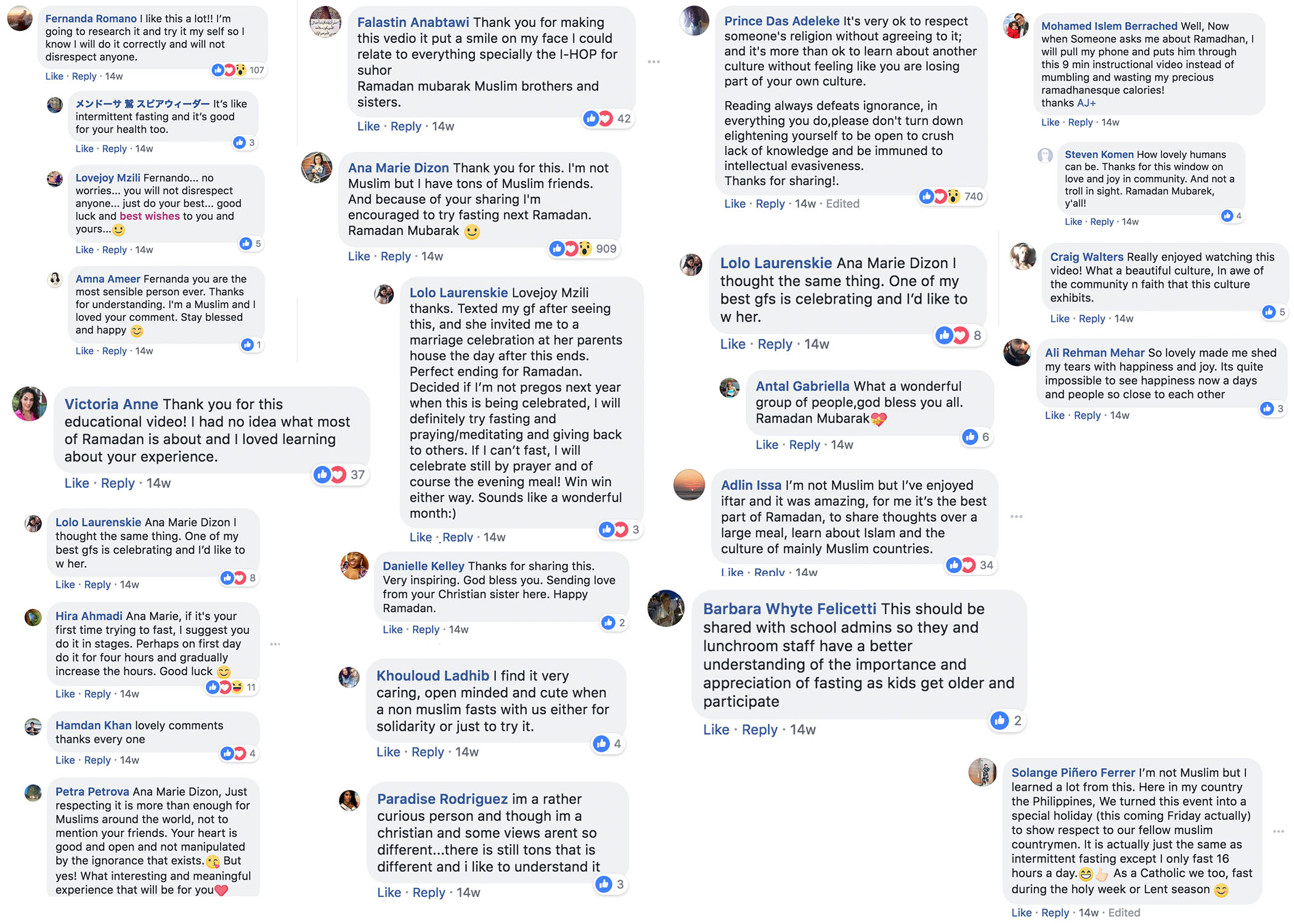 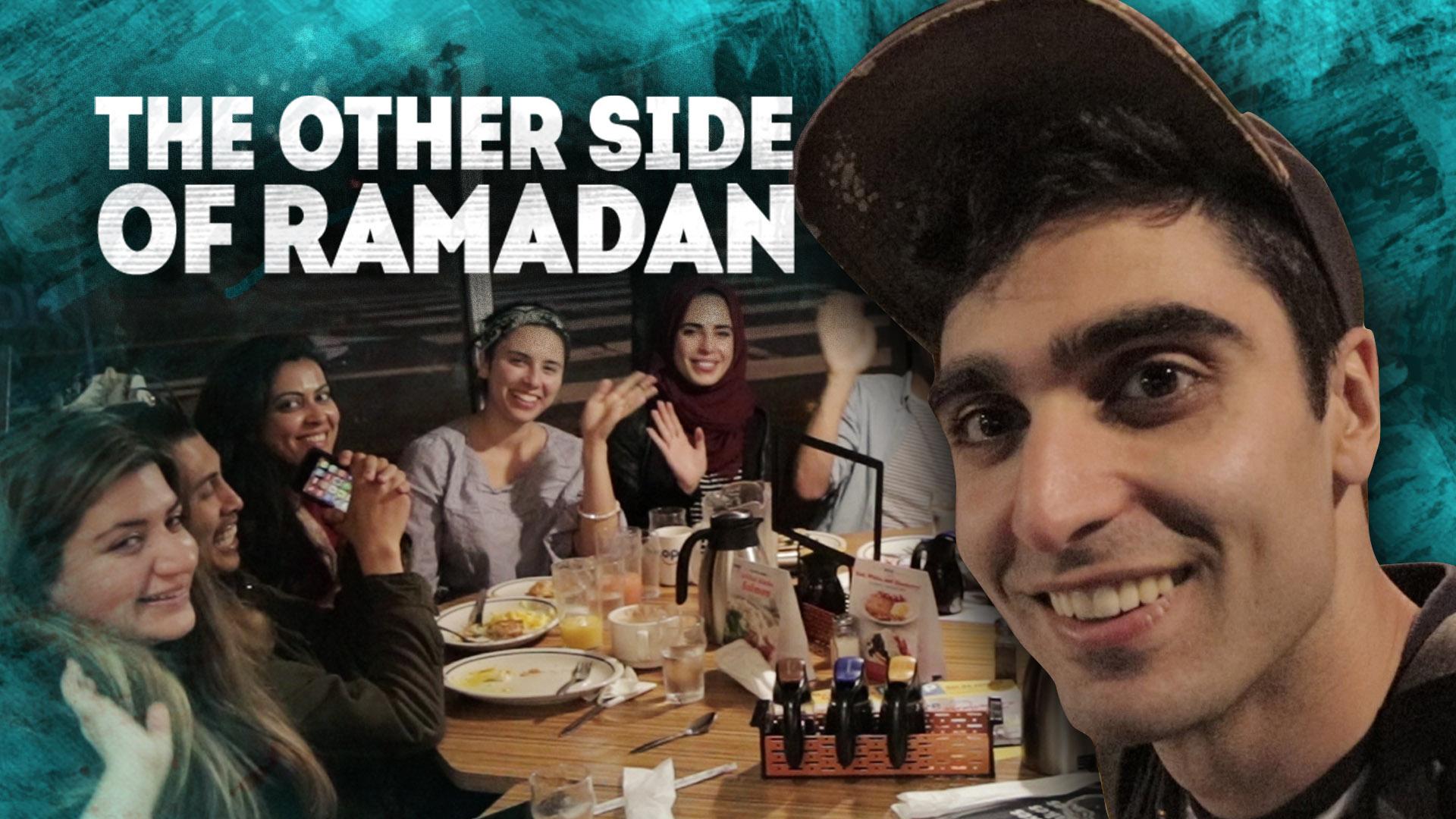 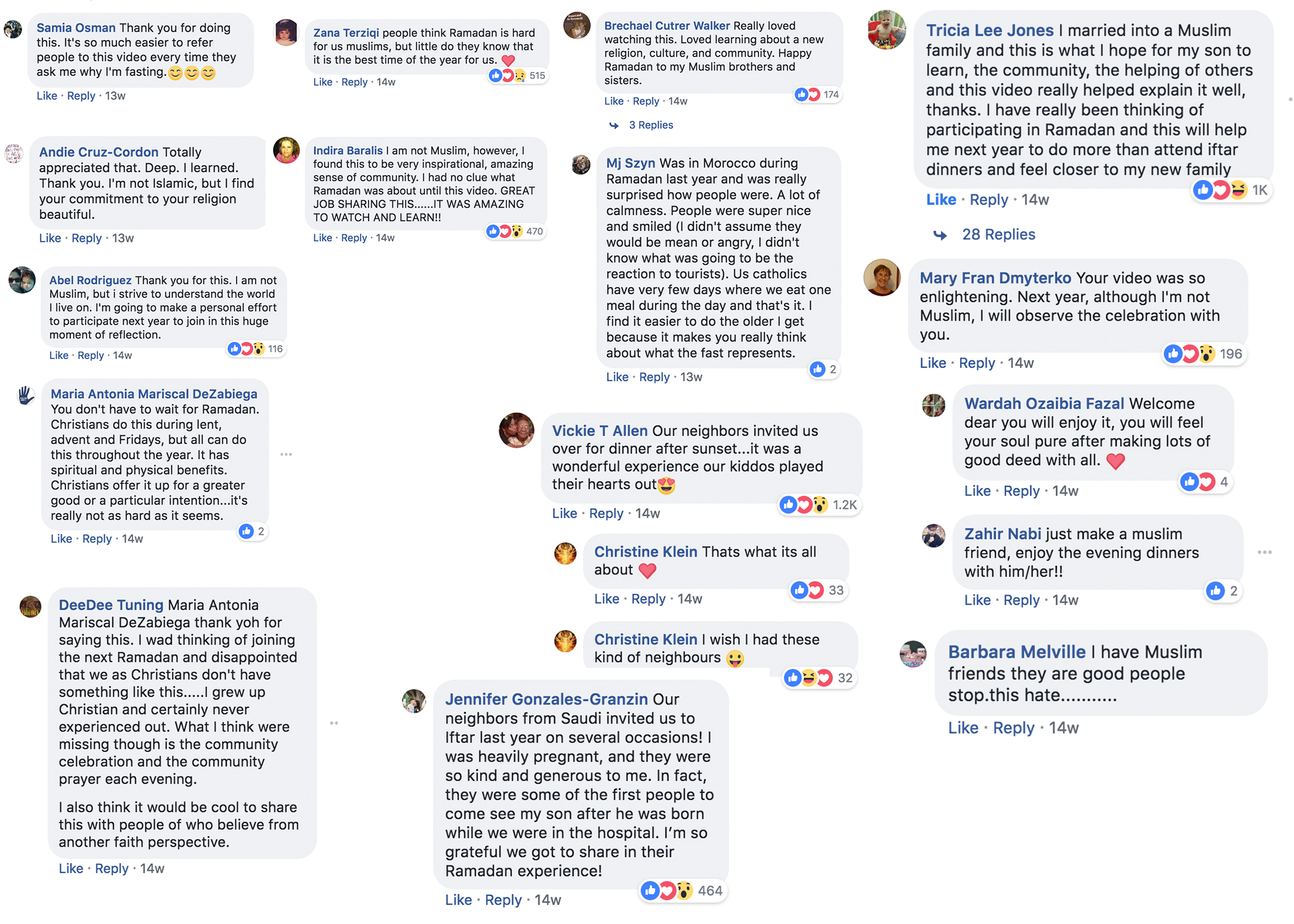