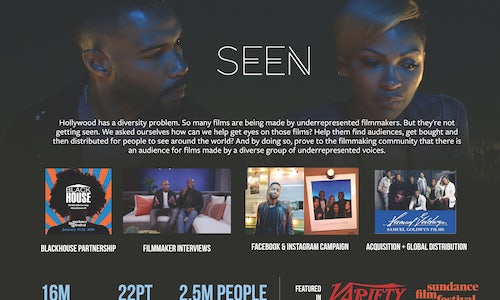 Hollywood has a diversity problem. So many films are being made by underrepresented filmmakers. But they're not getting seen. We asked ourselves how can we help get eyes on those films? Help them find audiences, get bought and then distributed for people to see around the world? And by doing so, prove to the filmmaking community that there is an audience for films made by a diverse group of underrepresented voices.


Our objective was to create work to affect a change in the industry of the stories and storytellers we see on screen becoming more representative of the diversity of audiences seeing them.

We saw a trend in the film industry:

* "No change in jobs for female and minority directors in last decade" - Deadline Hollywood
* Across 1000 top grossing films over last 10 years, only 5.1% directors were black

Who was telling the stories we all see did not reflect the diversity of communities they were being served to. We wanted to change that.

Our idea was to create a program to empower filmmakers from underrepresented communities to harness the audiences and opportunities on Facebook to connect their films to more people, and ultimately get them bought and seen.

We helped these independent filmmakers to create a video campaign on the platform with the assets they already had to build out an audience for the film. The results of this campaign would empower them in buying meetings by arming them with data-supported value of their films for acquisition.

We knew to prove out our theory, and get in front of the right audience, we needed to launch leading up to Sundance. That gave us very little time to build out the campaign. In under 2 weeks, we built out a campaign across Facebook and Instagram, that used the few assets the filmmaking team already had at their disposal - film stills, a short clip of the film, and interviews we did with the filmmakers - to build out a full video campaign across the platforms which was targeted to potential audience of millions during the week of the festival.

In addition, the initiative was pitched to Variety magazine and highlighted on The Blackhouse Foundation Sundance Film Festival app and website

In the 10 days leading up to the Sundance Film Festival and through our campaign:
* 16M people saw the campaign
* 38,000 shared what they saw with friends
* And 2.6M responded wanting to know when could they go see it in theaters.

In addition:
* The project was featured in Variety magazine
* Featured panel on The Blackhouse stage at 2018 Sundance Film Festival
* And the biggest result of all came from the studios: Samuel Goldwyn Films acquired the film "A Boy A Girl A Dream" for global distribution 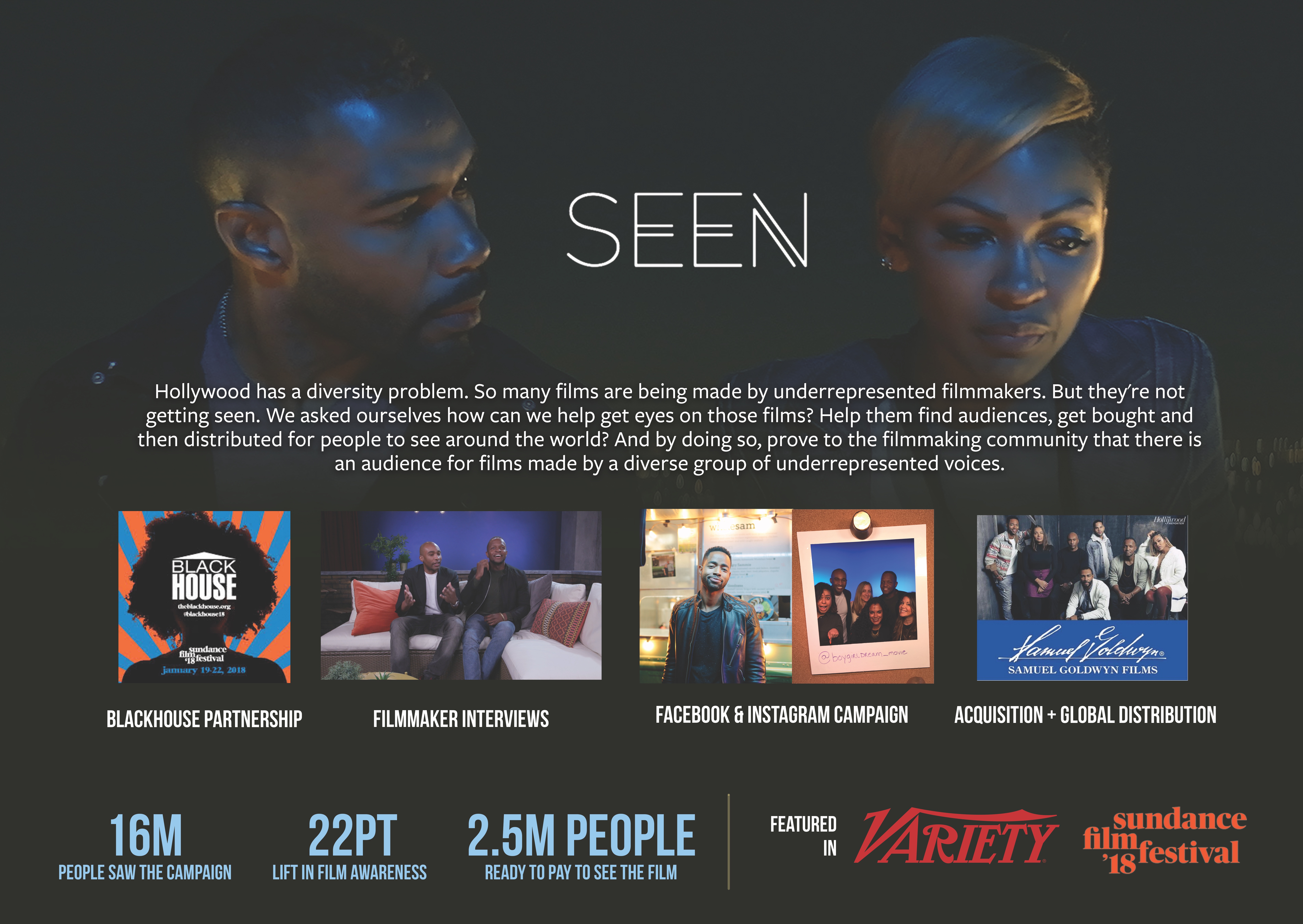