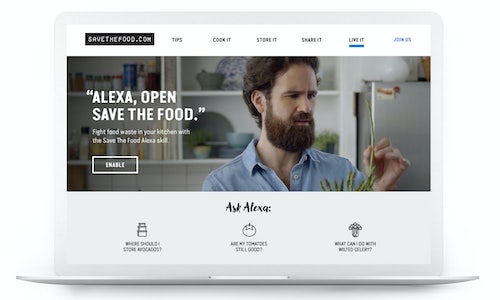 Save The Food - Phase Two

The problem of food waste is as easy to solve, as it is to overlook. While food plays a key role in shaping our identities and is highly celebrated in American society, each year up to 40% of food in the United States never gets eaten, translating to $218 billion lost, which includes the cost of food wasted on the consumer level, retail, wasted water, energy, fertilizers, cropland, and production costs.

In addition to wasting precious resources, nearly all of the food waste ends up in landfills where it decomposes and releases methane, a form of climate pollution that is up to 86 times more potent than carbon dioxide. In fact, food is the single largest contributor to U.S. landfills today. All this while one in eight Americans don't have a steady supply of food to their tables.

Consumers are responsible for more wasted food than grocery stores and restaurants, so changing household behavior is key to reducing the problem of food waste. To raise awareness about the economic and environmental impacts of wasted food and encourage Americans to take easy and actionable steps to reduce food waste in their homes, we created the national, fully integrated Save The Food campaign. The campaign assets tell consumers to "Cook it. Store it. Share it. Just don't waste it." and visit SaveTheFood.com to learn how to better plan, store, and cook their food.

Our strategy was structured around targeting each and every one of those moments — and providing very specific, targeted solutions for each of them. We targeted people in the kitchen with our Alexa skill. We went after dinner parties with our dinner party calculator the Guest-imator. And we partnered with world-renowned chefs to create recipes catered to seasonality and what gets wasted the most at that time of year — like zucchini in summer or turkey bits at Thanksgiving. That way, we weren't just telling people about the problem. We were giving them ways to solve it, right when it happens.

The Ad Council operates in a donated media model and distributes the assets to their extensive network of media partners, but no media buys are purchased in advance. With that said, the campaign media strategy still guides the Ad Council's efforts to get targeted, relevant media for the campaign. For moms, the goal is to generate awareness through broad-reaching channels with emphasis on endemic, food-specific media and promote deeper engagement via Social and education via Print. For Millennials, the goal is to generate awareness through online display and video, extend reach through online radio and magazines, and promote deeper engagement through social networks. The campaign's ultimate media objective is to drive traffic to SaveTheFood.com, with the success of campaign being evaluated based on: donated media, issue/ad awareness, and engagement with website and social platforms.

First, we raised awareness. A short film — The Extraordinary Life and Times of a Strawberry — played in theaters across the country and showed everything that goes into one simple fruit. Then, print and OOH pieces surfaced staggering food waste facts (like the fact that wasting one egg is the same as wasting 55 gallons of water).

Next, we turned that awareness into action – with a series of digital tools and content that helped people fight food waste everywhere it happens.

It happens at the fridge. So, we created The Save The Food Alexa Skill, which helped people store food so it lasts longer, tell if it's still good, and even revive it once it's past prime.

It happens in the kitchen. So, we partnered with world-renowned chef Dan Barber to give people surprise cooking tutorials at their house. And created partner content with Scraps, a TV show dedicated solely to waste-free cooking.

And it happens when people shop. So, we built The Guest-imator — a party-planning calculator that tells you exactly how much to buy based on how many people you're serving.

Then, for everything else, we created Live It: a constantly-updated collection of tools, tips, and organizations from across the country.

The campaign has received over 2.1 billion media impressions and 86 million in donated media - the most ever for an Ad Council campaign. It's been featured in major publications like the New York Times, TIME Magazine, Mashable, USA Today, NPR, Huffington Post, National Geographic and The Guardian. And now, 54% of Americans list food waste as one of the country's top three biggest problems.

We saw a significant growth in issue and PSA awareness, including among key subgroups - Moms & Millennials. Issue awareness has increased from 31% when the campaign first launched to 48% in March 2018. Similarly, PSA awareness has grown from 18% to 35% in that same timeframe.

High engagement with over 1.8 million site visits and over 514K unique customers using our Save The Food Alexa skill since it launched in May 2017.

Increased impact with more respondents of our continuous tracking study reported they used digital tools/apps to help with shopping lists, food storage, or meal planning in the past year – and this is even more pronounced among those who recognize our PSAs (31% reported this at the start of the campaign and now 54% of those who are ad aware report this).

Even Congress has taken notice, introducing "The Food Recovery Act" earlier this year — a bill with over 12 measures aimed at reducing our food waste problem.

Video for Save The Food - Phase Two 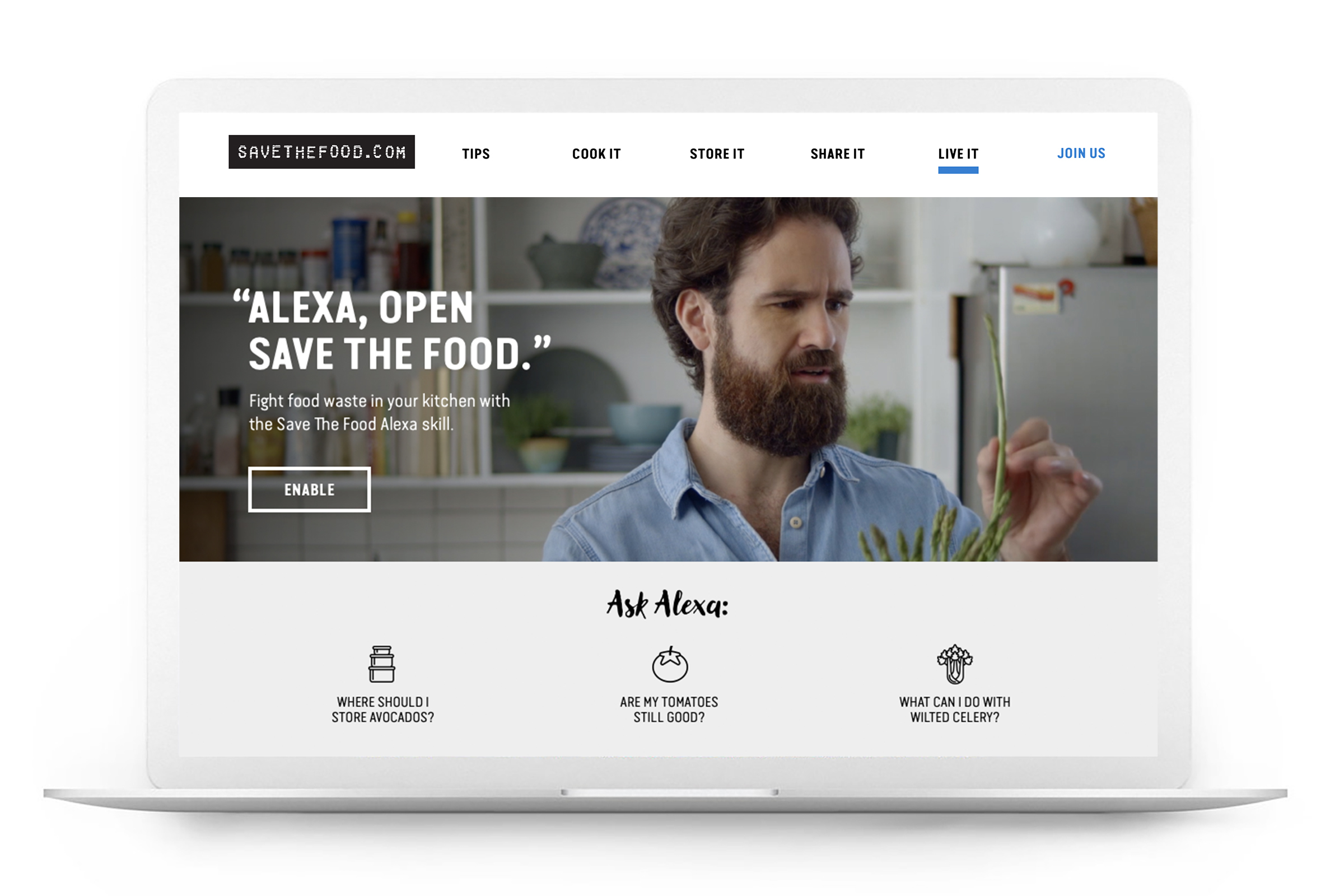 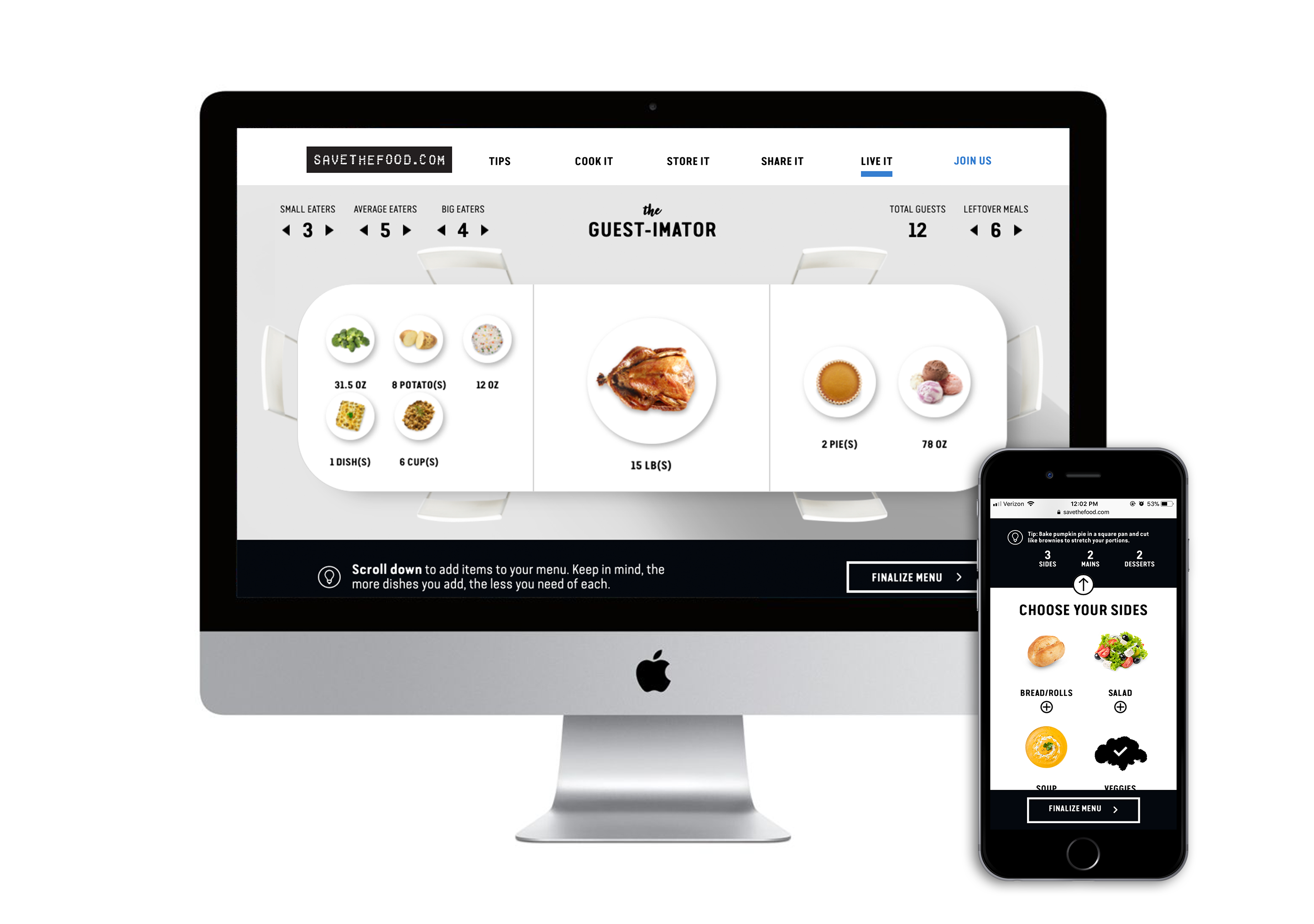 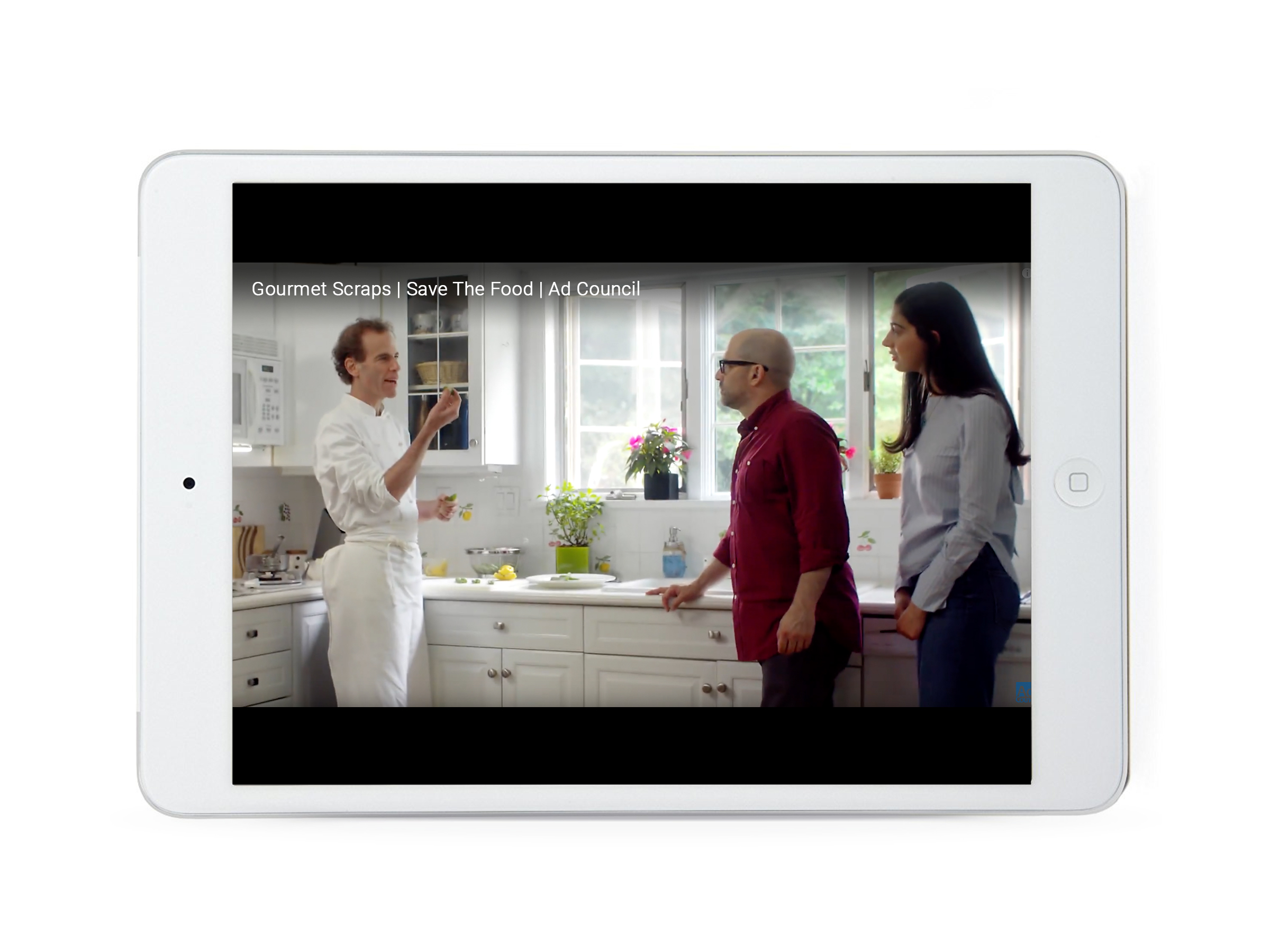 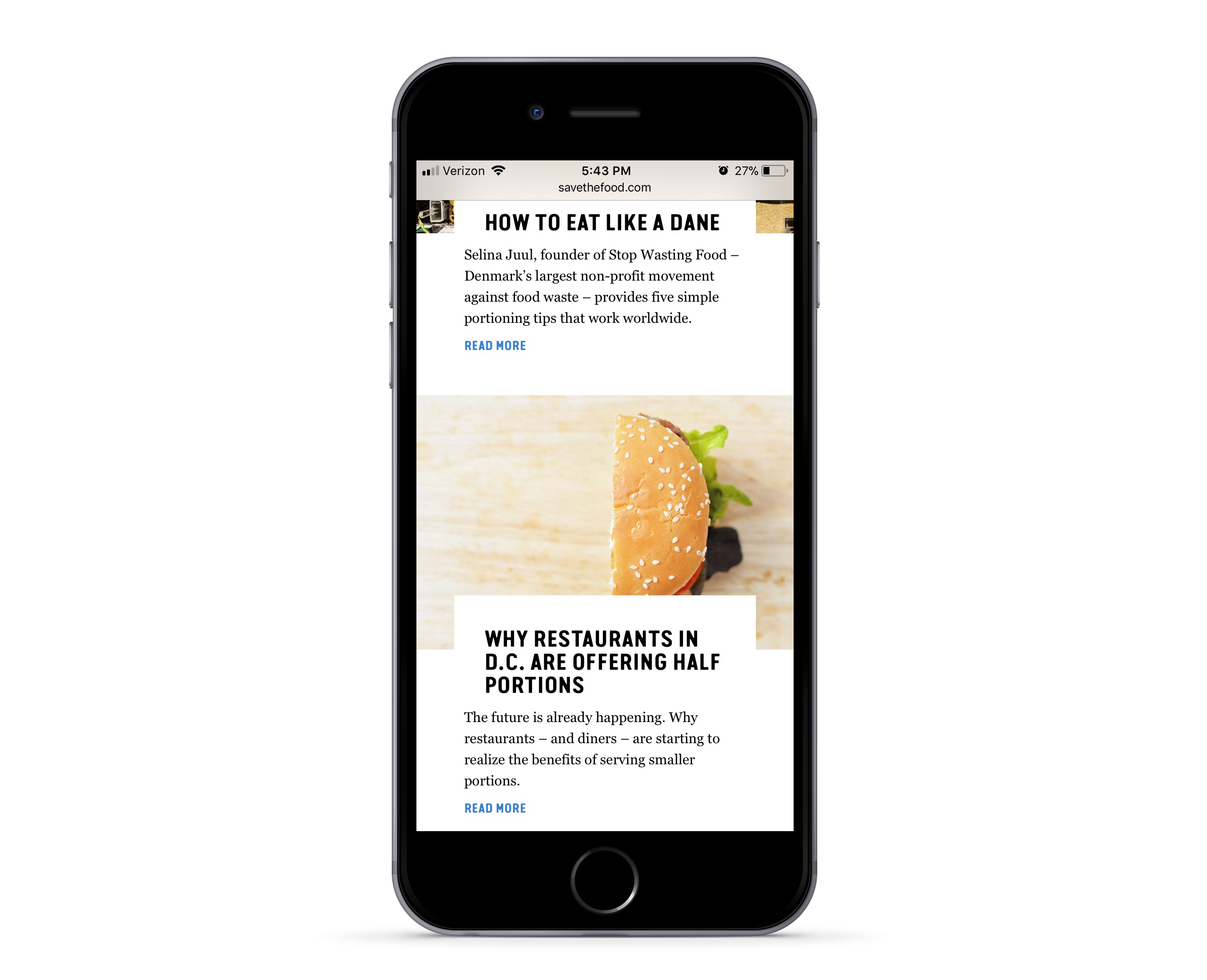 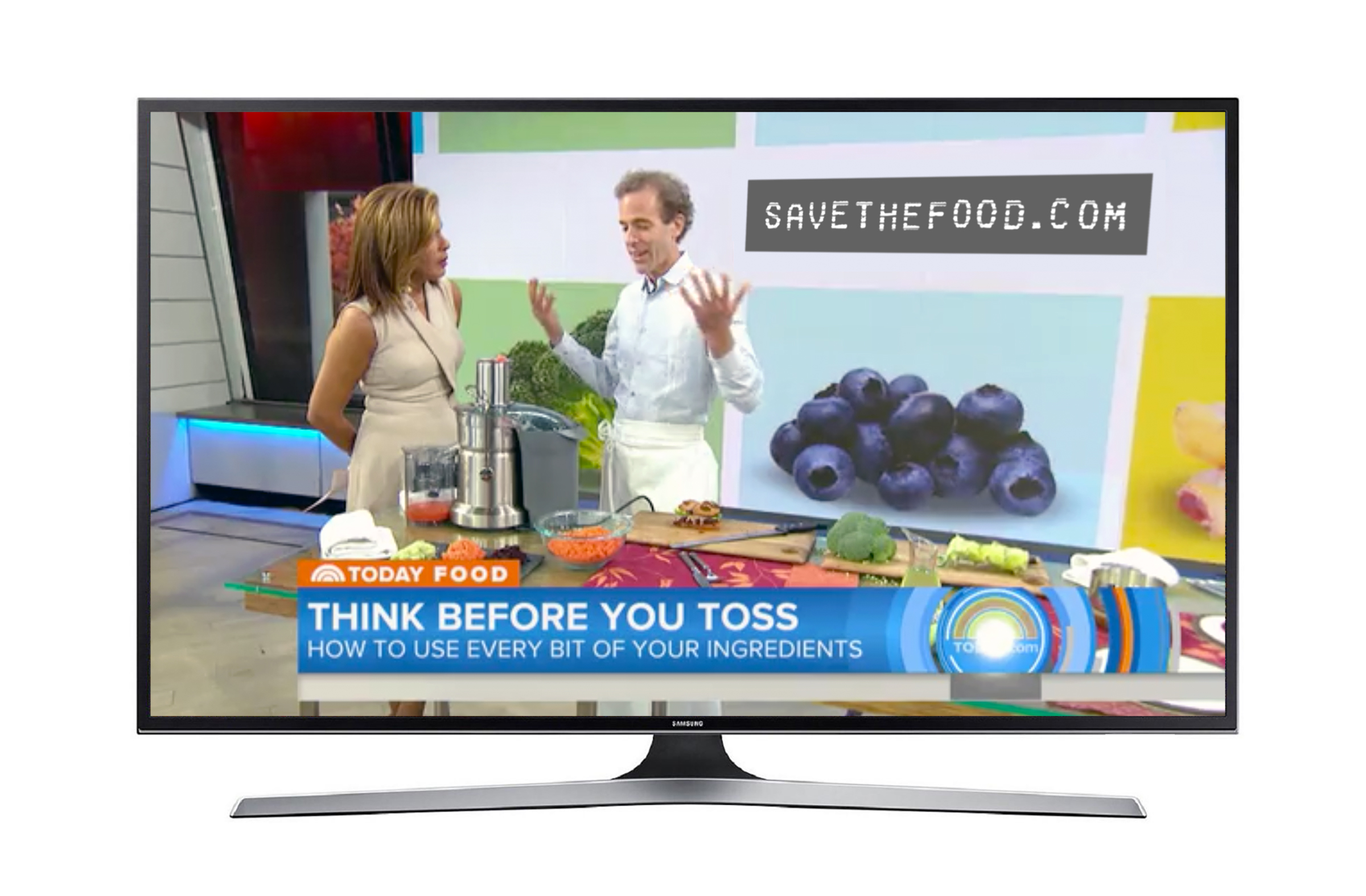