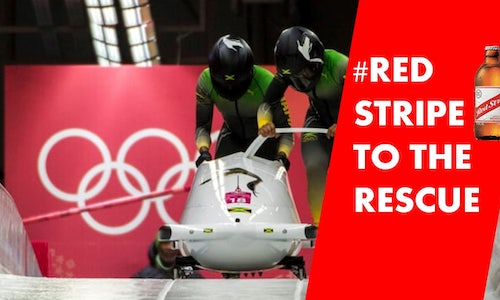 Red Stripe to the Rescue

Our objective for Red Stripe to the Rescue was to leverage a real time opportunity as a means of competing in the Olympic conversation - traditionally dominated by billion dollar brands.

Much like the Super Bowl, the Olympics are one of the hottest properties in the marketing world, with Worldwide Olympic partners paying an estimated $100 million per four-year Olympic cycle (Reuters). And rightfully so, its long been established that brands associated with the games benefit both in the short-term through sales and long term in building equity and brand loyalty, with top sponsors ranging from Coca-Cola, General Electric and Intel to Procter & Gamble, Samsung, Toyota and Visa.

Though we are a small brand, operating on a tenth of the budget of these titans, our goals for this initiative were to reinforce our authority as an authentic Jamaican brand, create consumer goodwill for the beer, and to build a relationship with these Olympians by helping them in their hour of need.

When the abrupt departure of their coach left the much-heralded Jamaican female bobsled team without a sled just days before the bobsled competition in the PyeongChang 2018 Winter Olympic Games, Red Stripe stepped in with a real time response.

As a beer born and brewed on the same island as these athletes, Team Red Stripe demonstrated our true commitment to our island roots and leveraged the power of social media to reach Team Jamaica in its time of need with a Tweet proclaiming, "No bobsled, no problem. If you need a new ride @Jambobsled, put it on @RedStripe's tab. DM us and we'll be in touch 👌🍻." To further reinforce this as a valid offer, the team broke the news via two exclusives – one with USA Today Sports and the other with top sports business reporter Darren Rovell, who quickly tweeted out the news to his 2 million+ followers, ensuring that Red Stripe was taken seriously in our offer to help the women's team sleigh all day!

Red Stripe to the Rescue was an example of real time marketing in the truest sense. It was an initiative that could only be accomplished by being able to work extremely nimbly, and simultaneously with multiple parts of the organization – bringing together a group of individuals that consisted of everyone from the brand and PR team to procurement, digital and even the C-Suite.

Equally important was staying true to a selfless narrative, and not using this as an opportunity to create a huge, branded spectacle around Red Stripe. We made a conscious decision not to have any Red Stripe branding on the sled, as this was not about us, it was about the Olympians and helping them realize their dream. The only visibility of the brand was in the back and forth Twitter conversation between Red Stripe and Team Jamaica – creating a soap opera-like narrative that kept consumers compelled to see what would happen next, and ultimately led to a very positive, hero sentiment for the brand.

Finally, validation of the offer was critical in helping this initiative go viral. By seeding the news of the offer to both USA Today Sports and Darren Rovell, we were able to ensure that this was a legitimate offer and not just another attempt for a brand to insert itself into the Olympic conversation.

In less than 24 hours, Jamaican pride reigned supreme and a new sled was on its way to ensure Team Jamaica had the necessary equipment to represent the black, green and gold - courtesy of the 100% Jamaican brewed Red Stripe! Without ANY sponsorship of the games, Red Stripe dominated Olympic coverage, with an overwhelming number of placements in top tier outlets including Time Magazine, USA Today, Mashable, Huffington Post, NBC, Men's Journal, Sports Illustrated, CNN and more (130 articles, 1.7+ BILLION impressions and 581 thousand engagements off the original tweet on social media). But that's not all, other metrics include: 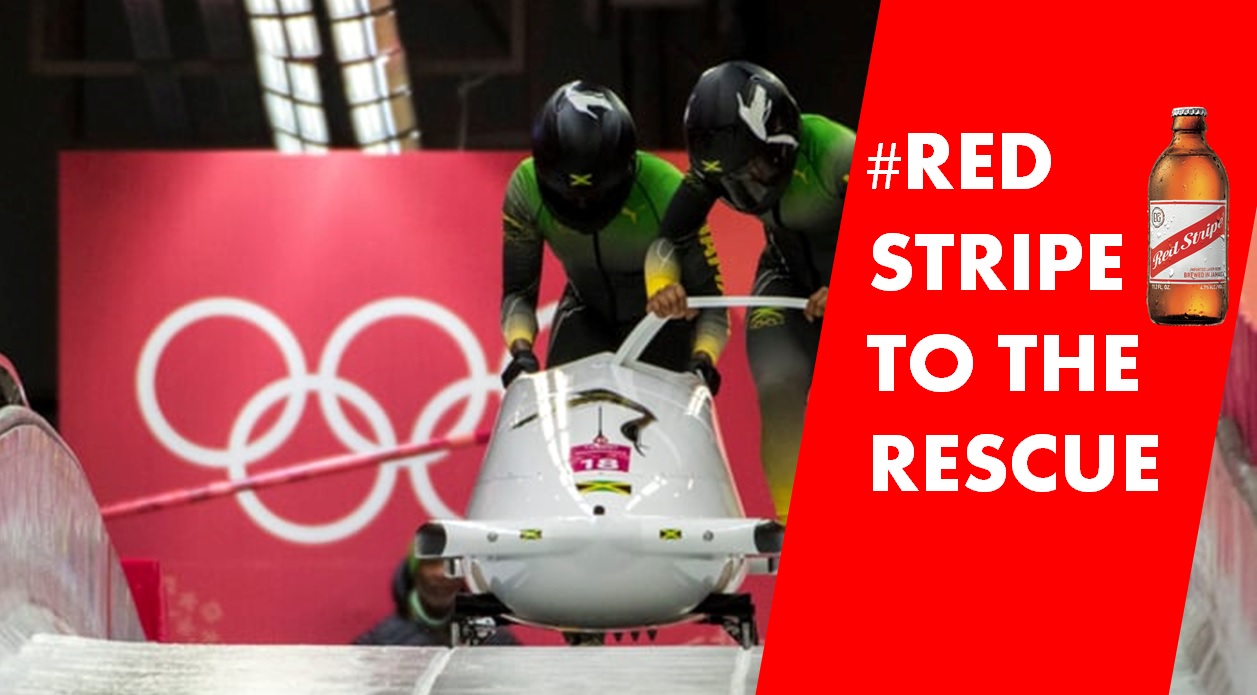