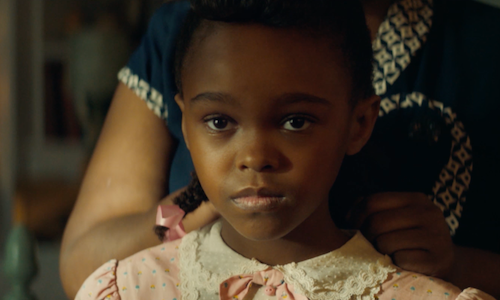 As a company, P&G has consistently shown its commitment to reduce inequality around the world. From the "#LikeAGirl" campaign, to "Share the Load" in India to the global "Thank You Mom" work, P&G has proven that it's willing to tackle the societal issues consumers face.

P&G and My Black is Beautiful (MBIB) focused on what is possibly the most taboo social issue in the United States: racism. While P&G's MBIB platform has a connection to the black community, there is significant risk for any brand to take on a polarizing issue of this magnitude. Still, the brand wanted to use its voice to start a larger conversation about racial bias in the U.S. at a time when it was making a disturbing re-emergence.

The campaign objectives and goals were to:

- Harness and reflect a consumer truth (insight) by sharing with more people the conversations that black families are having about racial bias.

- Begin a national dialogue about racial bias on social media, in the general media and beyond to create positive change (impressions goal: 250 million media impressions and 85% of earned impressions have a positive/neutral tone)

- We created a film that spans decades, showing while much has changed in our world, "The Talk" remains a grim reality for black Americans. The film features intimate moments where AA mothers from various eras and social classes attempt to prepare and protect their children for the difficulties and dangers of growing up black in America.

- "The Talk" was extensively tested pre-launch. The team studied experiences from black Americans who've had the talk to ensure our film was an authentic representation of a consumer truth. The film was tested with non-black Americans unaware of the conversations black parents have with their children.

- MBIB was established to celebrate and support a sustained national conversation by, for, and about black women — the way they are reflected in pop culture, and how they serve as a catalyst for change communities. Given the importance of the topic, we needed to spark a broad-reaching conversation supporting black and brown families while sparking meaningful dialogue with everyone, all races and ethnicities.

- The film was created to be shareable on social media. With an opening designed to pull you in and provocative content that drew people to share and comment, it thrived on social media. "The Talk" was distributed on owned social platforms and shared by MBIB Social Ambassadors. After its launch, it was shared organically by other social bloggers.

- To reach our goals, the black community needed to find the film authentic and relatable, and it needed to be universally engaging so Americans of all races and backgrounds would begin constructive conversations about ending racial bias. We employed a pre-seed Influencer strategy: an alliance of influencers shared the film and helped shape the mission, drive awareness, launch the call-to-action, and advocate for change.

- The work launched first online and on social media, followed by aggressive media outreach, and then moved to radio and broadcast where it picked up placements and was integrated into the popular TV show blackish and Queen Sugar Finale Special hosted by Oprah.

- The campaign launched nationally on June 16, 2017 in the U.S. and continues to run on owned channels and in various media outlets and public forums.

- "The Talk" ran on broadcast television, including networks like ABC, BET, OWN and Revolt. The videos were distributed on P&G and My Black Is Beautiful owned platforms, including P&G Facebook and Twitter, and MBIB Facebook, Twitter, Instagram, and YouTube. The videos were shared by P&G Employee and MBIB Social Ambassadors, and national earned media outlets such as national news broadcasts, general lifestyle media, online mainstream news, trade media, and AA Media.

- The work was rolled out nationally, and as it picked up coverage, some foreign audiences were exposed to it via social and international press.

- Created a crisis preparedness strategy in anticipations of significant backlash.

The objective was analyzed in three distinct segments to measure volume and quality of responses to the campaign.

Reaction (Sentiment): Going into a campaign surrounded by such divisive racial rhetoric, we steeled ourselves against a backlash. While far-right blogs generated a blip of negative publicity around the campaign, over 92% of earned media impressions generated positive/neutral sentiment. Additionally, 953 million (42%) of earned media impressions shared sentiment that P&G had "used their voice for good."

Conversation: The conversation did not stop at likes or retweets. Over 1.4 billion earned impressions focused on defining what the Talk is – what we saw as a crowd-sourced proxy for expanding audiences and inclusive knowledge bases – and 1 billion earned impressions encouraged continued discussions around racial bias. We fostered a unique in-show scripted integration with ABC's hit show black-ish, and social influencers were activated during the airing of the black-ish episode, including Kenya Barris, the show creator, that garnered 406 thousand views and 1.4 million engagements. To foster action, a downloadable action guide was distributed online with 5,600 downloads (January-February 2018).