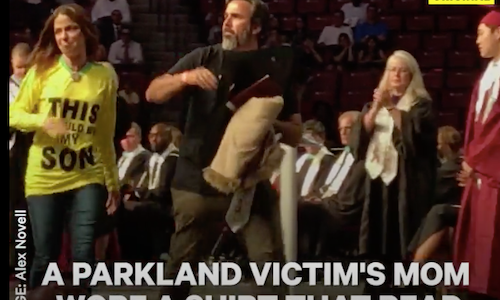 NowThis quickly realized that this would be one of the biggest stories of the year, with wide-ranging consequences for both the debate surrounding the Second Amendment and school safety, as well as youth engagement in the democratic process in both the United States and around the world.

A team was immediately dispatched to Florida and since then NowThis has made following the story its highest priority, as part of its broader mission to elevate the voices of young people in impactful stories - with the content delivered to social platforms in near real time.

NowThis quickly gained interviews with names that would soon be known around the world, including Emma Gonzalez, David Hogg and Cameron Kasky. Large teams were also dispatched across the country on the day of the March for our Lives, an instantly historic occasion, and the commitment to the narrative will remain until the midterm elections and beyond.

NowThis went all in on this story - clearly one of the most consequential for young people over the year. The organization made near continuous deployments to Parkland - after maintaining a presence in the month after. We returned to the town for the students' graduation and will continue to do so - including around the time of the midterm elections.

NowThis was a key participant in the emerging March for our Lives movement - finding the 11-year-old girl Naomi Wadler, and featuring her story via the medium of a Skype interview. As a result of George Clooney seeing the piece, she ended up speaking on the podium that day in D.C. On that day NowThis also had teams in New York, Chicago and Los Angeles - and published a huge variety of pieces across platforms including Facebook news feed, Facebook Live, Snapchat, Instagram Stories and Feed, and Twitter.

NowThis was also keen to showcase other pieces from gun owners in favor of common sense reforms - including an amazing series of interviews with hunters at the march who wanted to see assault weapons taken off the streets. Reaching across the aisle was crucial in what is often a highly partisan issue.

NowThis also deployed to the Santa Fe shooting - as it was important to showcase the stories of gun violence in all communities - whether pro Second Amendment or otherwise. It was here that we found the amazing story of a young activist called Marcel McClinton - a Texan teenager who survived a Sunday school shooting, and continued to campaign for gun control despite himself being pro Second Amendment.

Finally, NowThis also committed to providing commentary of all types on this issue - from inside and outside of our newsroom. Obviously first and foremost were the voices of students, survivors and parents, with regular op-eds being provided by both the students and contributors such as Manuel Oliver and Fred Guttenberg, who have found incredible strength to continue in a very tough situation. We also featured unique commentary from staff - including a very powerful piece from veteran Michael Whiter about why civilians do not need assault weapons.

The variety and depth of this short-form content was truly unprecedented - and showed a young newsroom punching above its weight and shaping the national debate with the voices of some equally impressive young people.

NowThis had the voices of young people and survivors front and center.

We had several videos hit over 10 million views on the day of the March for our Lives without any promotion, and established ourselves as a national news outlet capable of setting the agenda. We have reached huge numbers of people in every moment from the immediate aftermath of the tragedy to the present day (with a recent Fred Guttenberg op-ed linked to below).

We showcased off our newsgathering muscle and committed to a story central to our values and our mission.

We are proud of all of the work we have done around the scourge of gun violence and will continue to stay close to the issue that will sadly continue to affect young people across the country. 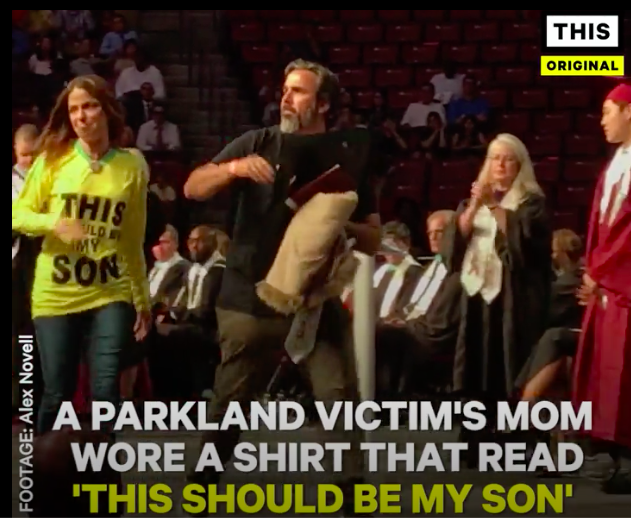