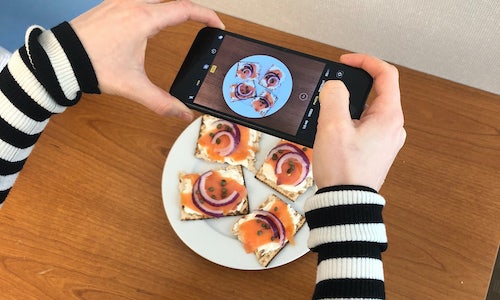 As a leading Jewish nonprofit in the New York area, we are always looking for ways to connect our community to feel-good philanthropic activities, especially ones that can be seamlessly integrated into the lives of our target audience – busy, strapped for time, Jewish New Yorkers.

It's no surprise that many people love taking and posting pictures of their food. For this campaign, we wanted to leverage that fact during a moment in time when people are thinking about their Jewish heritage, such as the holiday of Passover. We crafted a campaign that brought these two behaviors together and enabled people to do some good as well, all while boosting awareness about UJA. We created a campaign where participants wouldn't need to directly donate money, but they would still engage by giving their time and creativity for a good cause. Finally, we wanted this campaign to bring together and resonate with the entire Jewish community — from the very secular to the super orthodox.

We asked people to share pictures of their food made out of matzah throughout the holiday and use the hashtag #MatzahChallenge. For every picture posted using the hashtag, $18 would be donated by an anonymous donor to support our mission of helping millions of New Yorkers in need. The ultimate goal of our campaign was to get $15,400 worth of user generated content (i.e. pictures of peoples' matzah food creations) during the 8 days of the holiday.

Through digital advertising, e-mail, and social media, we sought to encourage our community at large to post a picture of their holiday matzah creation to social media and use the hashtag #MatzahChallenge, which would result in an $18 donation from an anonymous donor. While we had dedicated emails and sponsored content coming from our own organization's Facebook and Instagram account, we also partnered with publications to push out our message to their audiences. Those digital ads consisted of banner ads on our partner publications' websites and sponsored content in their newsletters and on their social channels. Each of these ads led users to a specific landing page on our organization's website to further explain the campaign.

A significant feature of this campaign were the influencers in the Jewish foodie space that we worked with, who posted their own gorgeous matzah foodie creations, explained the campaign in their captions, and encouraged their followers to get involved. We got in touch with these influencers in advance and asked that they post early to get the ball rolling. While we did pay a few influencers, most were enthusiastic to post without compensation. Every day, we highlighted these influencers' and some other individuals' matzah photos on our Instagram story and re-iterated the instructions explaining just how easy (and delicious!) it was to get involved in the campaign.

Finally, when it came to choosing the hashtag, we chose #MatzahChallenge because it was extremely clear and very few posts had previously used it, allowing us to own the hashtag and ensure that this campaign to solely lead back to our organization.

We were thoroughly pleased with the results of our campaign. Our hashtag was used on 1240 posts across Instagram, Facebook, and Twitter for a total of $22,320 raised, exceeding our original goal by $6,920. This number might seem small relative to national or international campaigns, considering how small and niche our target audience is, it was a huge success!

In terms of boosting awareness, the campaign was featured on CBS news, which helped the campaign gain momentum and spread awareness of our brand. We were amazed to see our campaign's reach go beyond our initial target audience of New Yorkers, as we got tagged in posts from people around the world.

We achieved our goal of creating a campaign that resonated with a wide range of people in the Jewish community which was evident in the posts. From matzah BLTs to traditional matzah brei, this campaign brought together the secular, orthodox, and everyone in between around a bigger, more meaningful goal.

A key feature of this campaign was to involve influencers in advance. We saw many big accounts posting about our campaign without us even asking – a testament that this campaign was not only timely and relevant to content they were already planning to produce, but that these accounts care to be involved in spreading some good and value to their followers, who ultimately began to care about this campaign too. The campaign was so successful that we are upping the stakes next year and increasing our match goal! 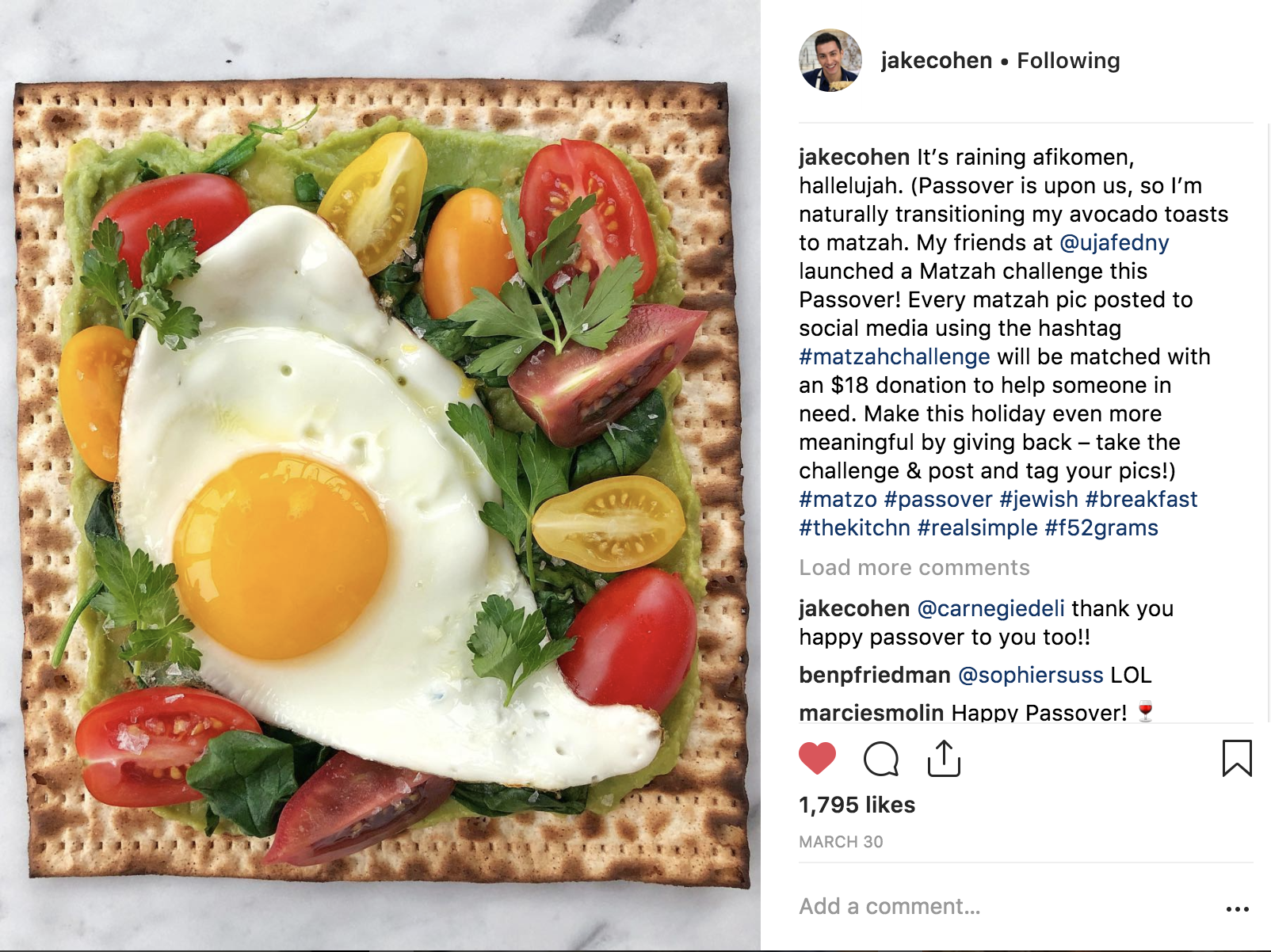 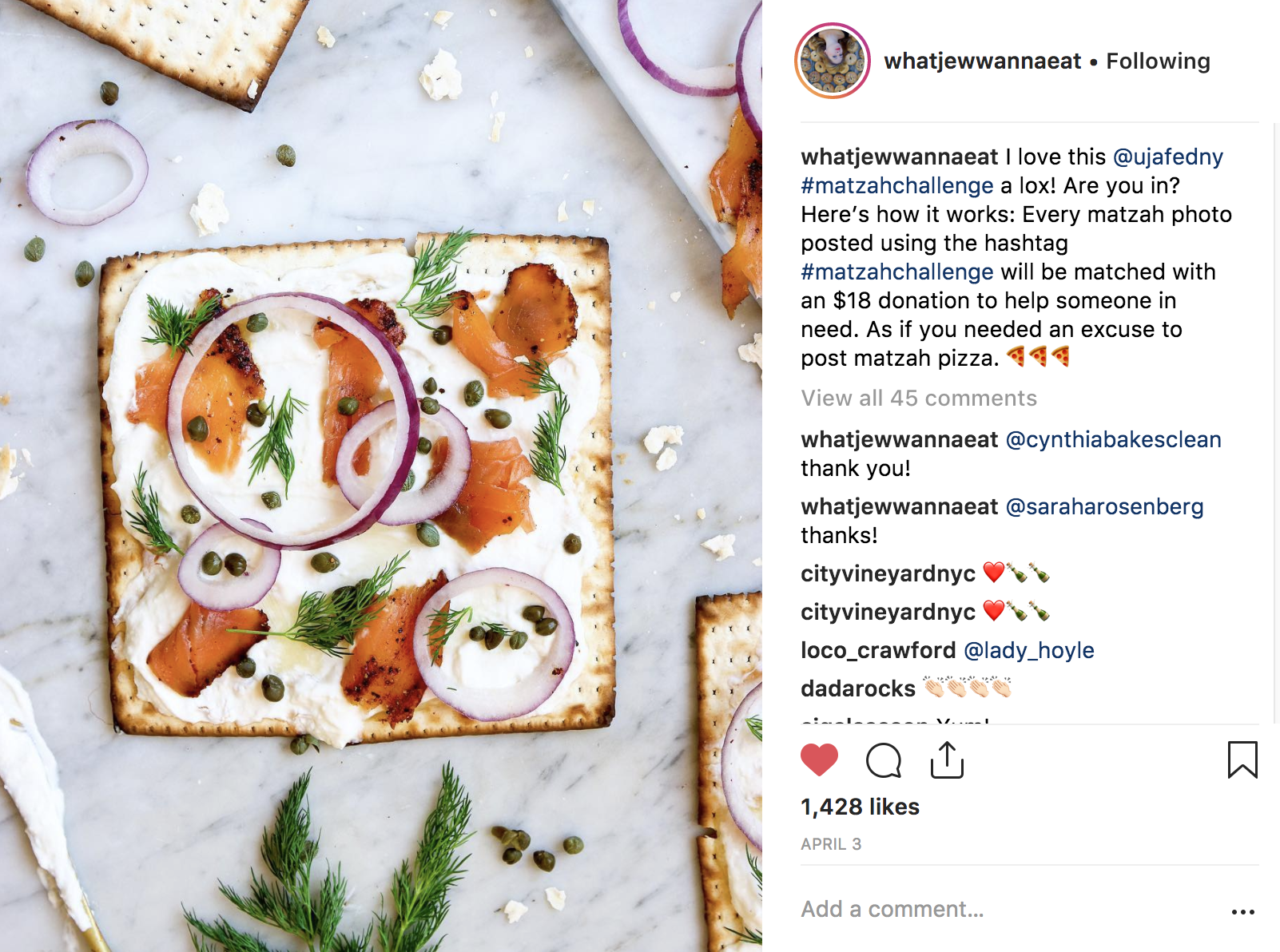 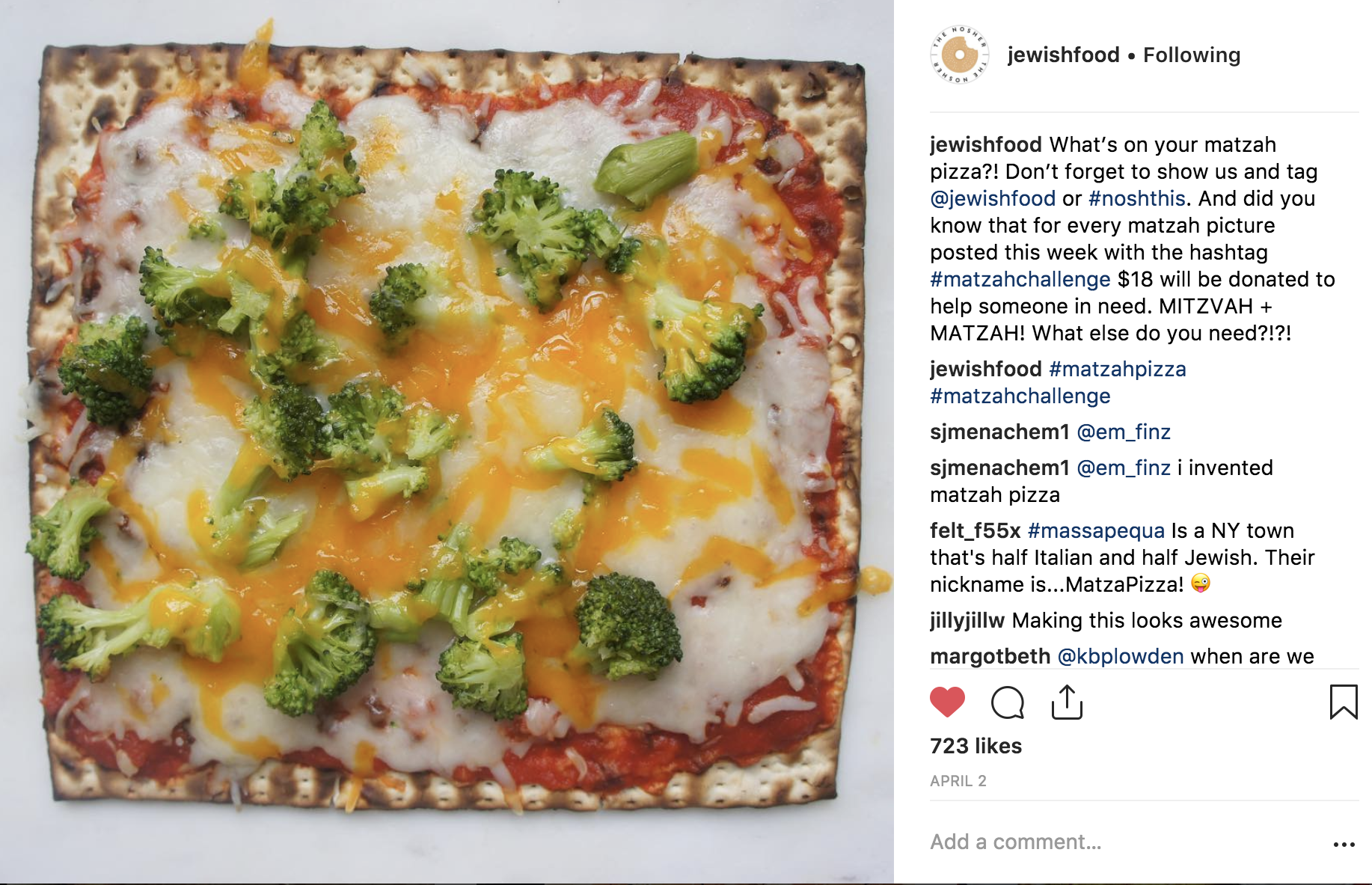 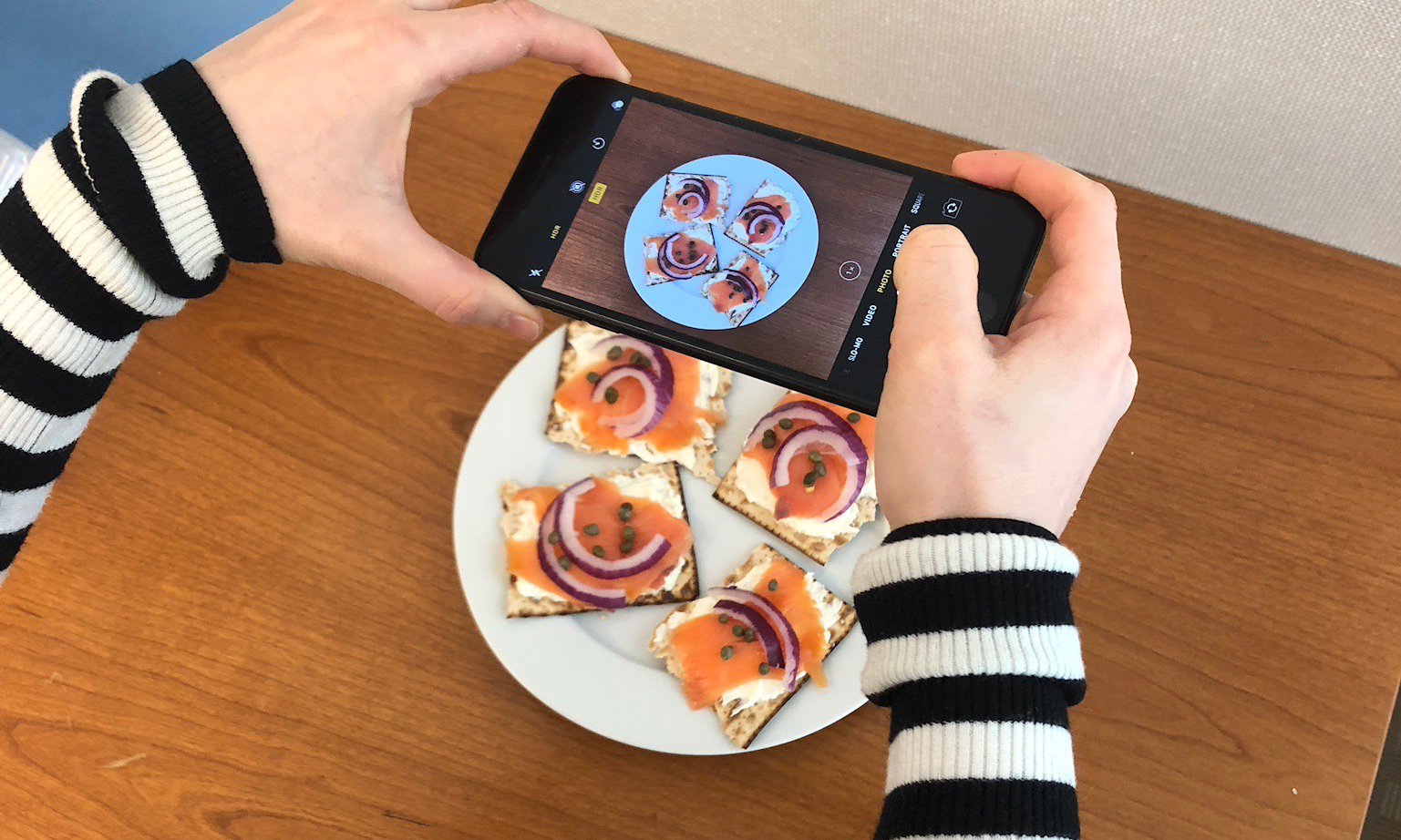 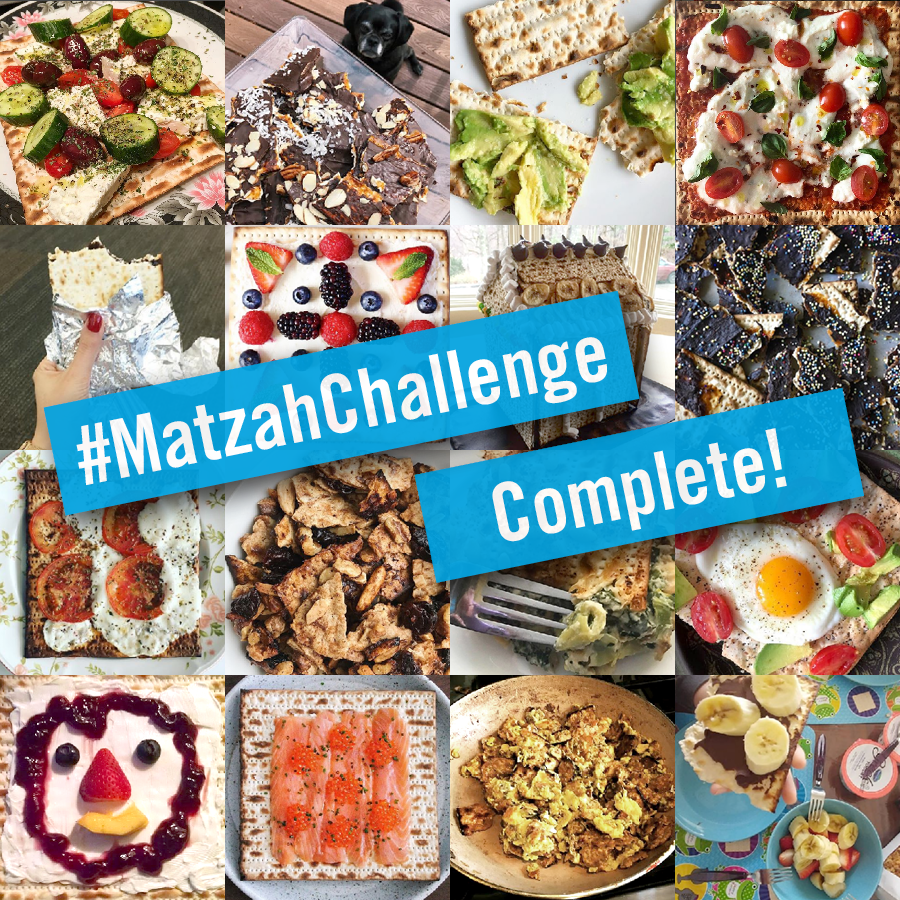 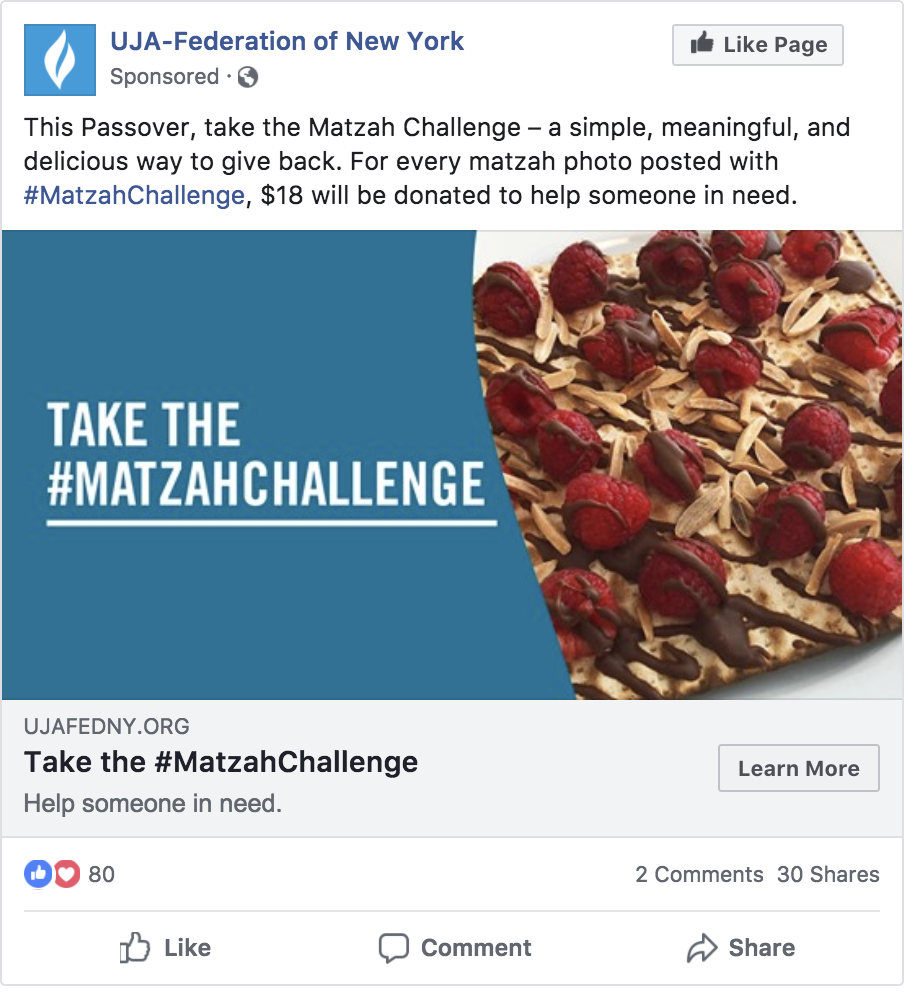 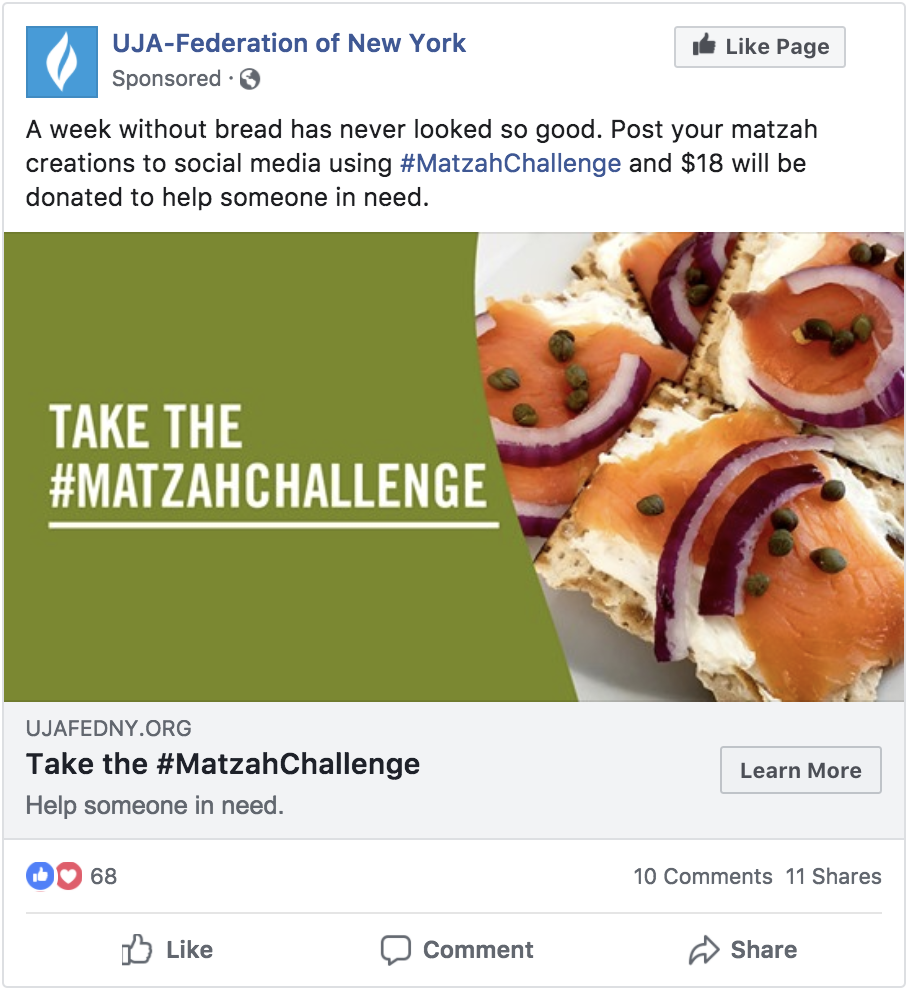 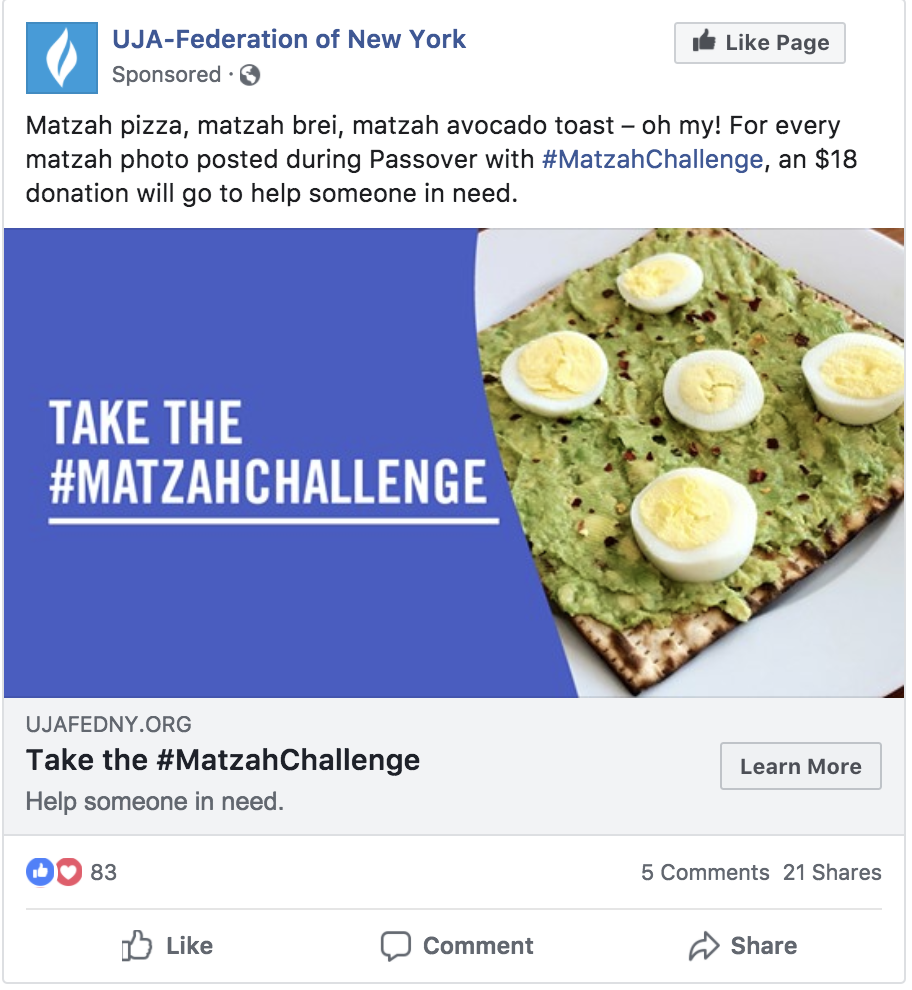