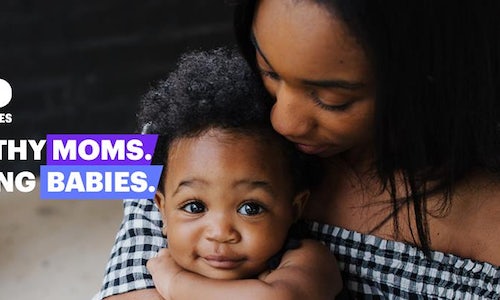 March of Dimes: We Won't Stop

Historically, the March of Dimes brand has focused on premature birth. But with rates of infant, maternal, and pregnancy health issues in the U.S. the highest among economically developed countries — particularly affecting women of color — March of Dimes knew it needed to build a movement that everyone had a stake in, including those who hadn't experienced prematurity.

March of Dimes and Purpose worked together to renew the brand and create a launch campaign, "We Won't Stop," that reintroduced March of Dimes as the champion of healthy moms and strong babies. The launch video celebrates and engages more moms, especially moms of color, and highlights experiences at every stage of motherhood to reveal the breadth of work that March of Dimes does to advocate for and support moms and babies.

To capture the strength and resilience of mothers and the intimate bond they share with their babies, authenticity was paramount. The video needed to feature women who could bring real, lived experience to the screen. Reflecting the racial diversity of moms was also crucial: moms of color are 20 percent more likely to give birth prematurely, and their children face a 40 percent higher infant mortality rate. With that in mind, we set about casting a diverse crew of real mothers, babies, and mothers-to-be in moments of love and loss to show how March of Dimes is there every step of the way.

Stylistically, the spot needed to feel different from typical, saccharine advertising about moms and babies. Tender moments are unexpectedly paired with an energizing, empowering beat to emphasize the strength of these mothers and the tireless work of March of Dimes. The women confront audiences directly, making eye contact with the camera, a testament to their empowerment. Real moms across the country recognized themselves in the video, galvanizing them to unite with one another and join the movement for healthy moms and strong babies.

Three versions of the video — a 90 second, 30 second, and 15 second cut — were distributed across Facebook, pre-roll, and broadcast television. On facebook, the video generated over 4 million views, resulting in more than 67,400 clicks to the campaign website. On television, the video reached more than 4.5 million people. But even more valuable than the views were the emotional reactions the video solicited. Across channels, March of Dimes was heartened by the thousands of comments from viewers who were touched by it. Many engaged in difficult conversations about the state of maternal health, while others said they were reminded of their own pregnancy journey.

Video for March of Dimes: We Won't Stop 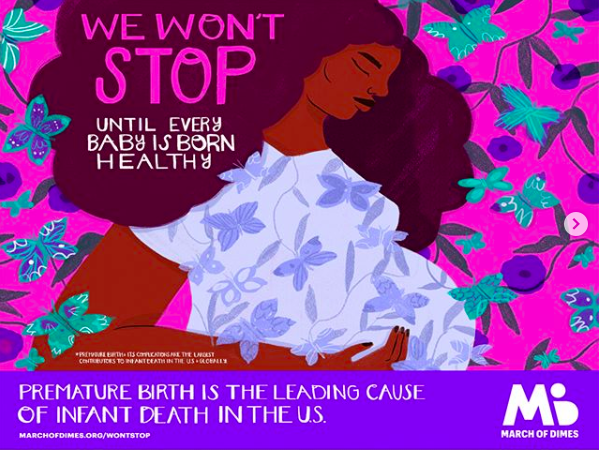 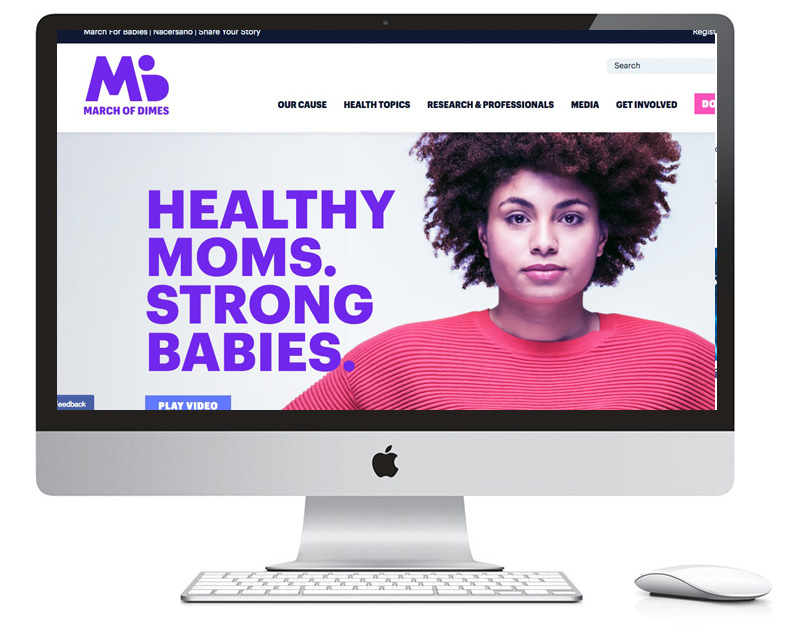