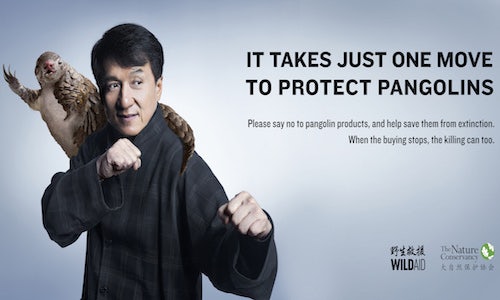 While many people have never heard of pangolins, they are the most heavily trafficked wild mammals on the planet. An estimated one million have been poached over the past decade. In China and Vietnam, pangolin meat is consumed as a delicacy and the animals' scales are used in traditional Asian medicine.

In late 2015, WildAid surveyed residents in six Chinese and three Vietnamese cities to measure awareness of the poaching crisis and gauge attitudes toward conservation. At that time, 70% of Chinese respondents and 72% of Vietnamese respondents (including those who knew the alleged properties but hadn't yet decided if they believed them) thought pangolin products had medicinal value.

So why Kung Fu? The Kung Fu Pangolin campaign aims to increase awareness in China and Vietnam of the pangolin poaching crisis and reduce the number of people who think pangolin products have medicinal value.

The campaign can be broken into four stages of implementation:

First, to address consumer demand for pangolin, WildAid enlisted martial arts superstar and actor Jackie Chan to film a 45-second PSA, in which he trains three animated pangolins to protect themselves from poachers using kung fu. When threatened, pangolins instinctively curl into a ball rather than try to escape, so Jackie was a perfect fit as their martial arts trainer.

To accompany the PSA, WildAid produced a series of three billboards (in English and Mandarin) pairing Jackie with one of the animated pangolins, encouraging viewers to protect pangolins by not buying their products.

Second, WildAid hosted a press conference in Beijing, where both versions of the PSA and the accompanying billboards were released. More than 150 people attended the conference and over 400,000 people tuned into the live broadcast. During this time, Jackie Chan also posted the PSA on his popular social media profiles, adding a valuable boost to campaign metrics.

Fourth, WildAid took a post-campaign survey in order to measure public perception of the ads.

In total, the PSA was viewed more than 13 million times on social media. It also aired on more than 100,000 outdoor screens in shopping malls, hospitals, subways and airports across 37 Chinese cities, resulting in over 2.5 billion impressions.

In addition, more than 630 billboards were placed in 14 cities throughout China for a duration of at least one month.

While reach and impressions are critical indicators that the ads are effective in raising awareness, WildAid ultimately seeks changes in public perception and purchasing habits.

After the launch of our campaign, market research firm Kantar Millward Brown conducted a pro bono survey of 450 urban Chinese to measure effectiveness of the ad. Eighty-seven percent of people enjoyed the PSA and found it interesting, while 97% said it made them less likely to buy pangolin products.

By the end of 2017, we began to see evidence of change stemming from our celebrity-driven public awareness campaigns. In China, 50% of respondents thought scales had medicinal value, compared with 70% in 2015. In Vietnam, the believers and potential believers accounted for 61% compared with 72% in 2015.

This survey data, as well as impressive reach and impression numbers, show that WildAid achieved its objective to raise awareness in China and Vietnam of the pangolin poaching crisis. 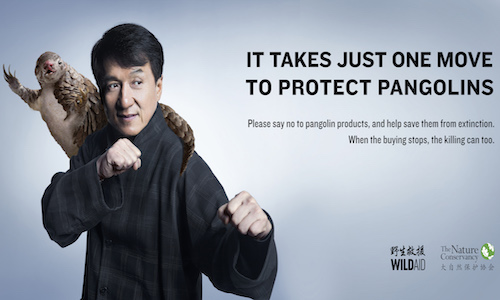 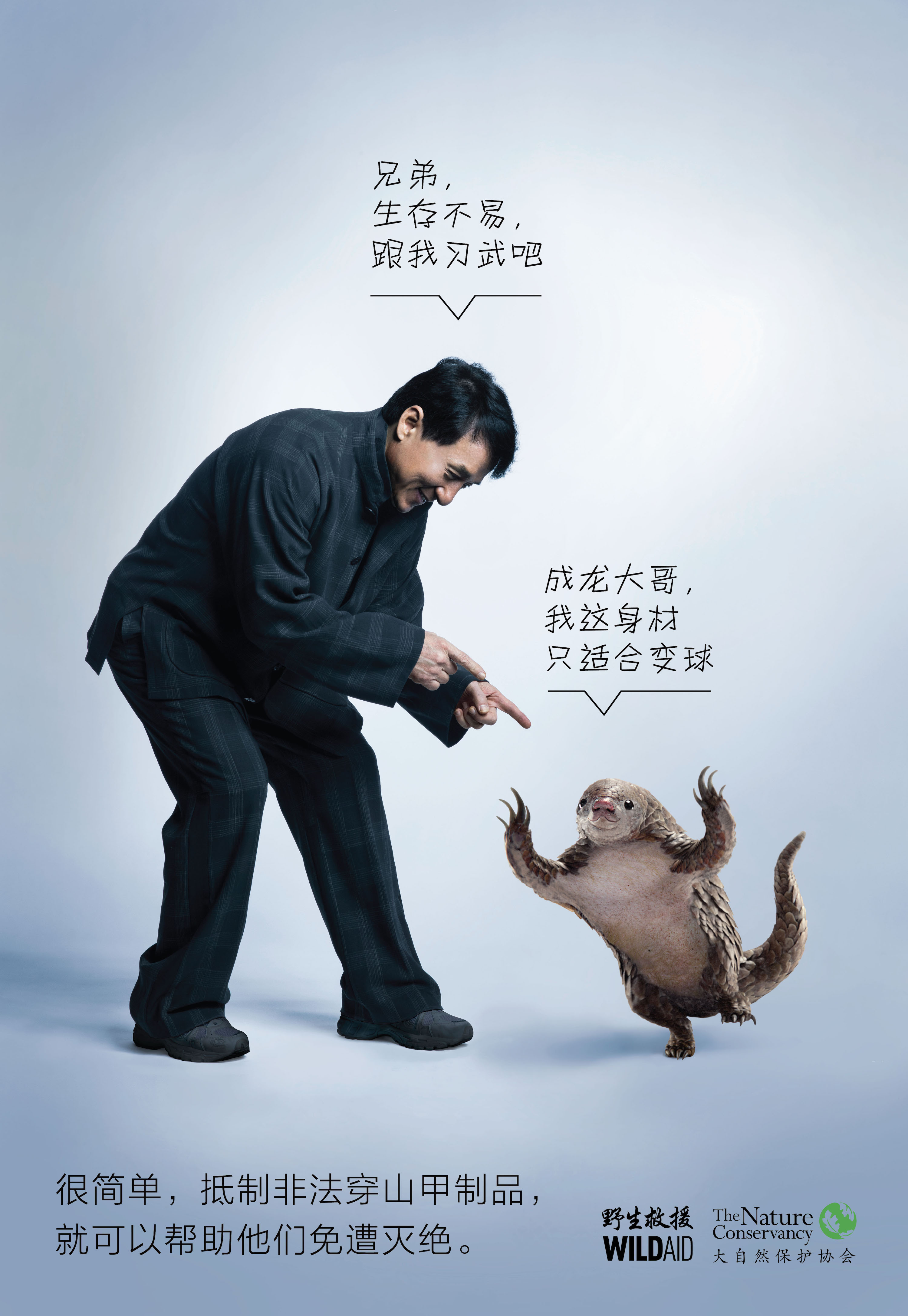 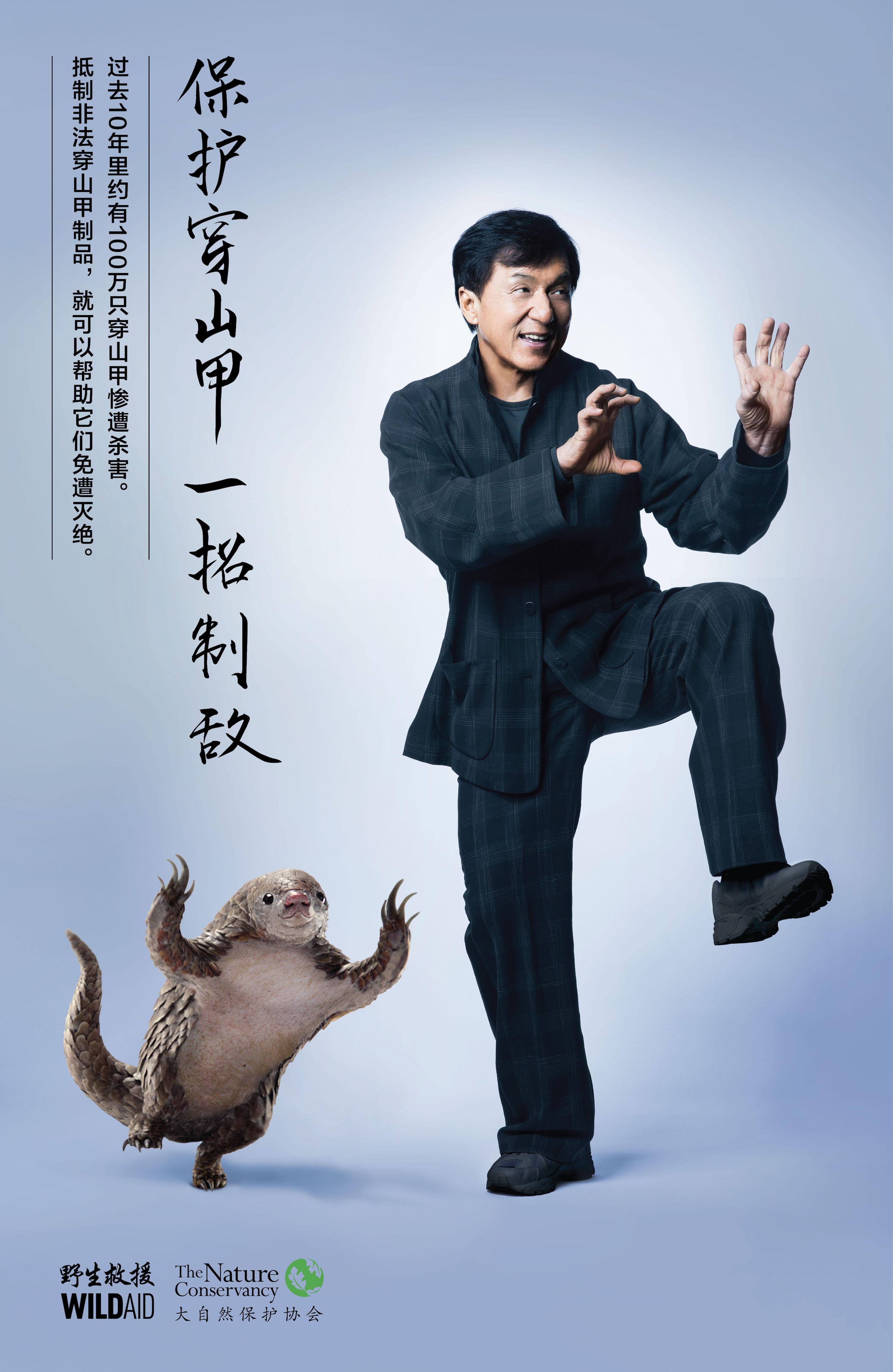 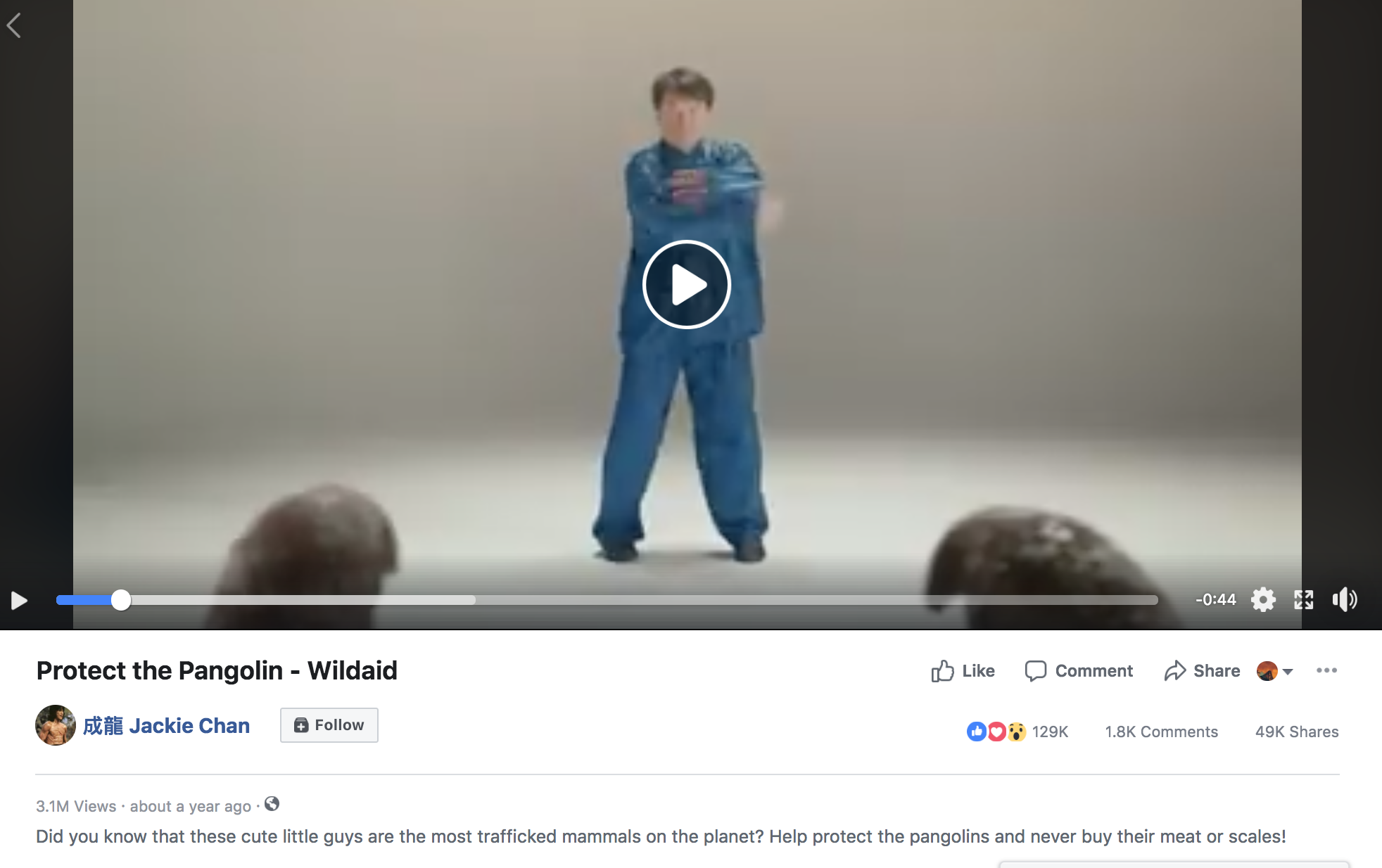 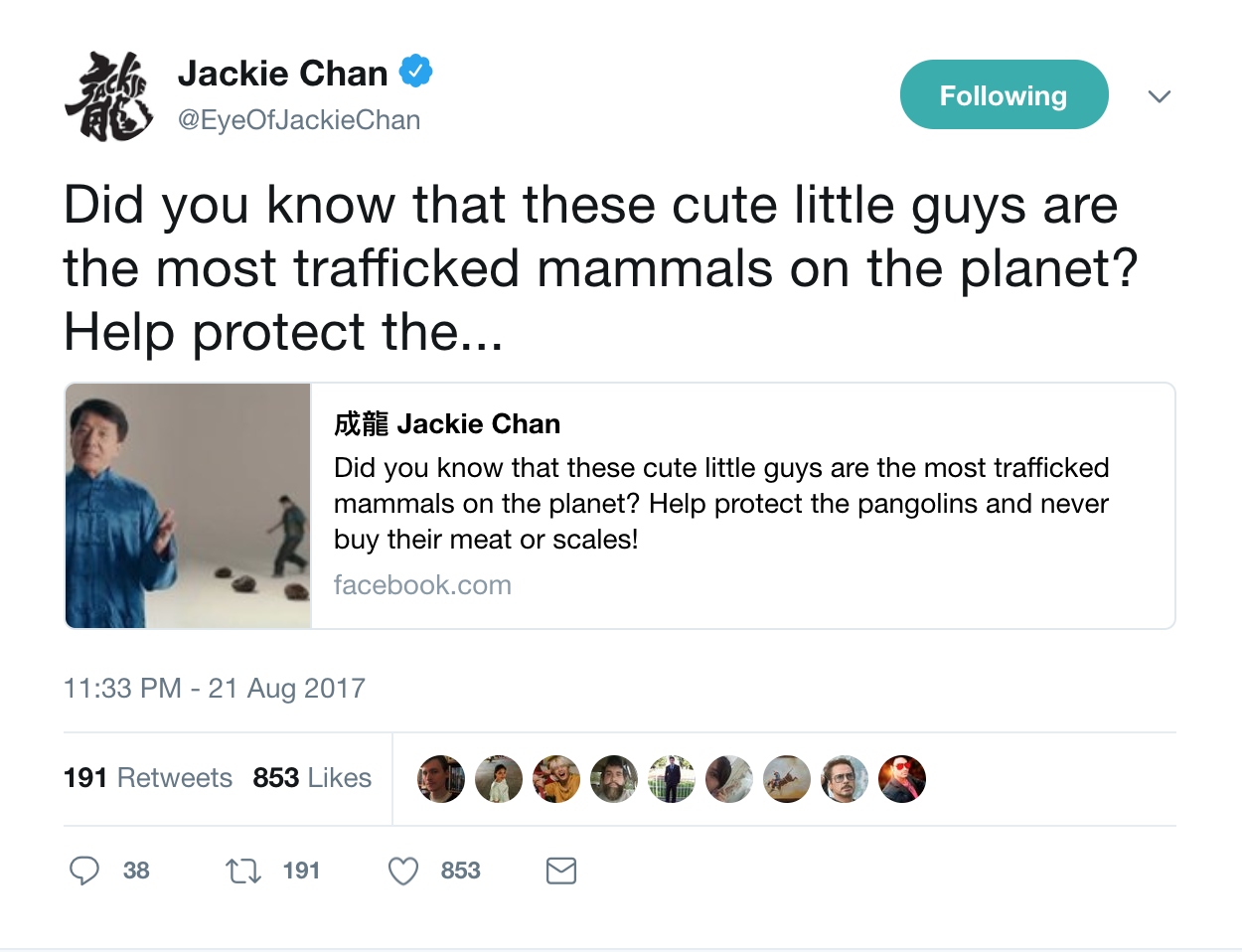 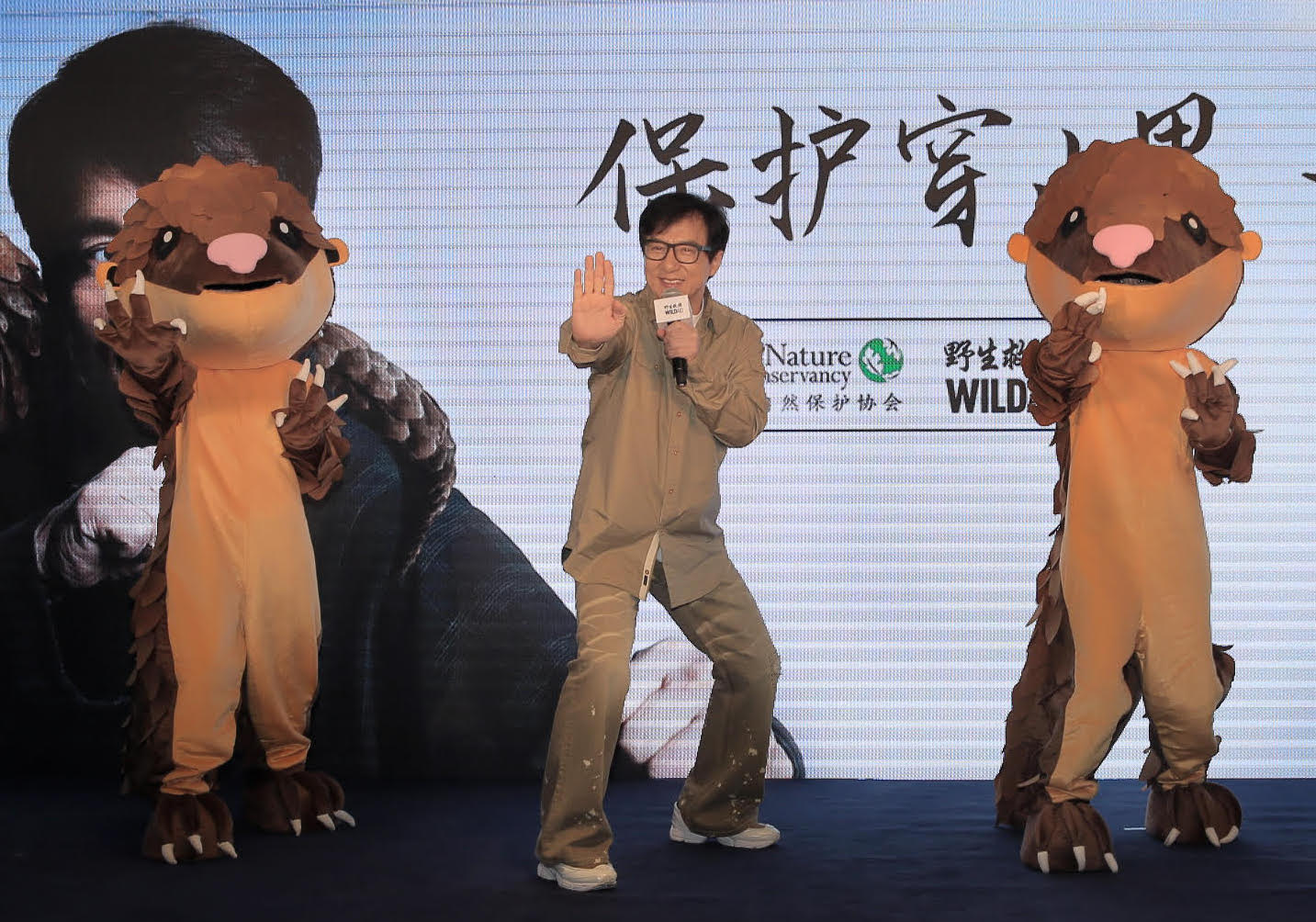 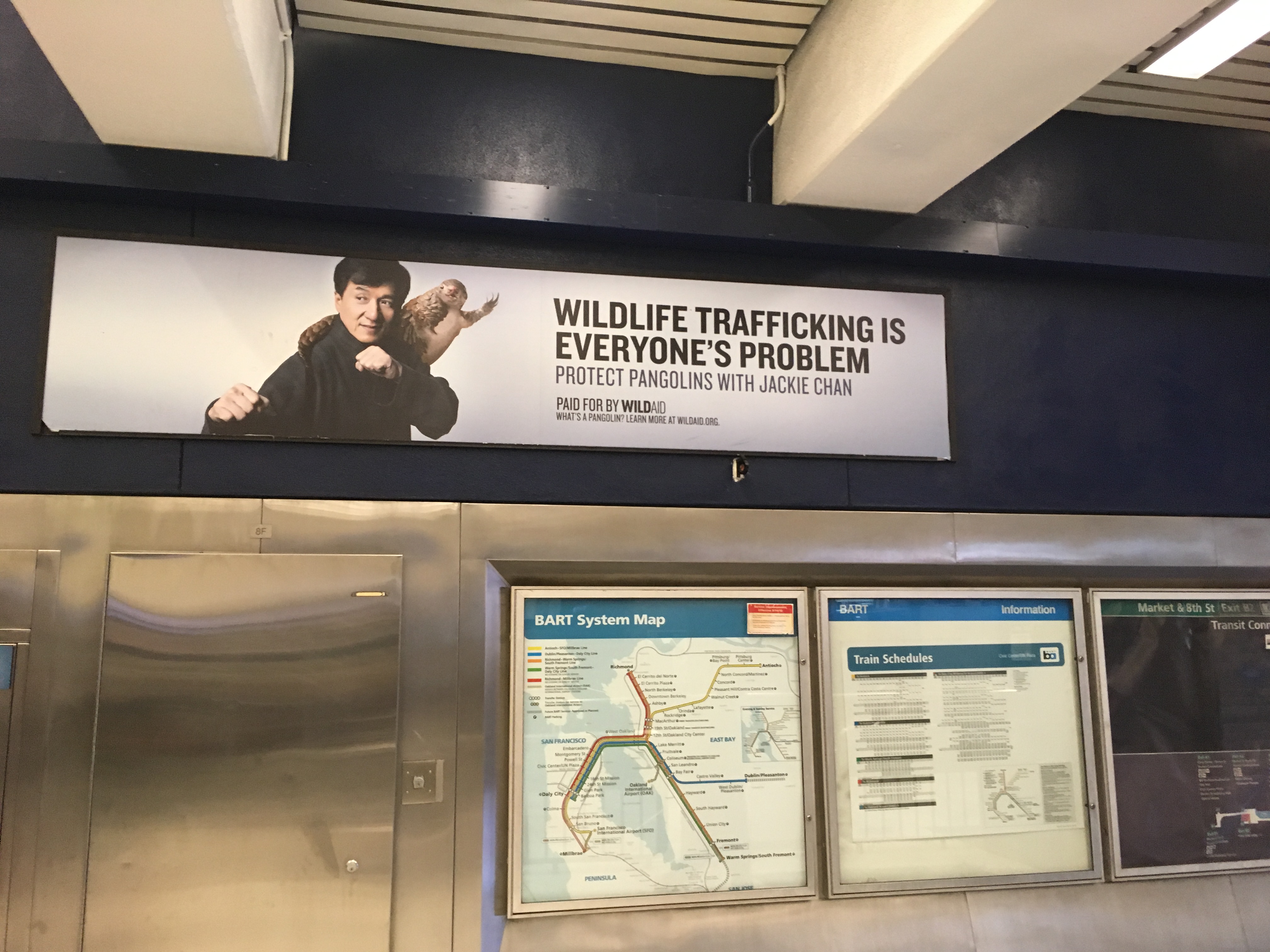 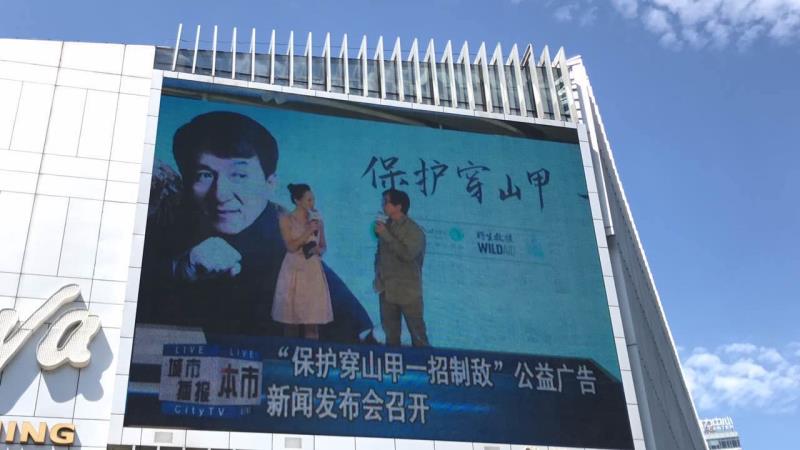