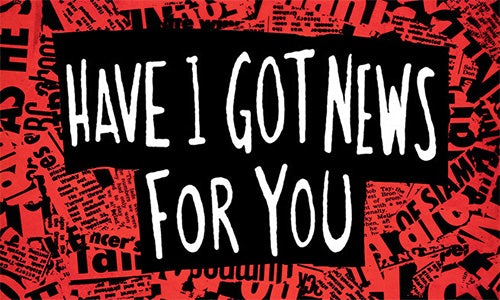 Have I Got News For You

In the early nineties when Have I Got News For You first aired, a once-a-week helping of satire worked. Now social media means jokes are shared in real time, so if a satirical show wants to stay ahead of the crowd, it has to join those conversations and excel at them.

The social feeds for Have I Got News For You are designed to build upon the weekly satirical show and to engage and attract the show's traditional audience, but also to broaden the appeal to a younger demographic. The content not only boosts and supports the show during the transmission but also maintains an ongoing presence when the show isn't on air.

In a time when organic content is being punched in the face by algorithms, on HIGNFY's feeds we're flying the flag for organic. Compulsively sharable, disgracefully relatable platform-specific topical content which, despite zero paid support, boasts engagement of massive proportions. With razor-sharp humour (mirroring the tone of the show), and a platform-first approach to landing the content, we focus on share-ability to reach our Promised Land.

Our always-on, instant responsiveness to topical events ensures that the content produced across the social feeds is both creative and original. This is achieved through a team of dedicated writers who are on call throughout the day, constantly looking at opportunities to bring forth satire. Fortunately, the events of the last year have provided a rich hunting ground.

Innovation is at the core of our creativity. We don't just put out jokes, we also work closely with our design team to produce original visual content - gifs, infographics, beautifully designed mock film posters etc - that can cut through on social: from newspaper covers to Mad Max parodies, from quick one-liners to photoshops of an England footballer in a hazmat suit for the Russia World Cup, we do it all.

The content is always topical, with satirical copy and images produced on an exceptionally tight turn-around, sometimes within minutes of an item of news breaking, ensuring that followers are engaged and the content widely shared.

The engagement and reach for the content on both Twitter and Facebook are outstandingly high on a consistent basis. In the past twelve months alone, the social feeds have achieved over 380 million impressions with significant follower growth and unrivalled levels of engagement (see results below). And remember, there is no paid support behind the accounts - all of the performance is entirely organic.

The accounts were established to broaden the appeal of the show and achieve as much reach and engagement as possible. The success of the feed on both Twitter and Facebook is outstanding and they continue to grow at an unprecedented rate.

The social presence for the show has revitalised and modernised the brand, deepened already existing brand love, and brought an awareness of the show to new audiences and a younger demographic which are then driven to watch it on TV.

This performance has been achieved entirely organically. In an environment where most social performance is being held hostage to paid support the HIGNFY activity has demonstrated that great content that taps into the wave of topicality can fly.

Video for Have I Got News For You 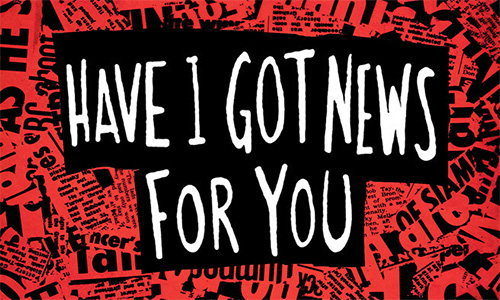 That Lot, Have I Got News For You