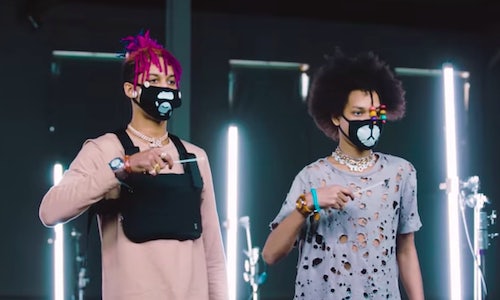 Give a Spit About Cancer

DoSomething.org, the largest organization for young people (6 million and counting!) and social change in the world, teamed up with Johnson & Johnson and Be The Match to help raise awareness for an important yet often overlooked health issue: racial disparities within donor registration. This campaign first started in 2013 by DoSomething.org and Be The Match, and has continued over the years with Johnson & Johnson coming onboard as a partner in 2017.

70% of cancer patients who need a lifesaving bone marrow transplant rely on a complete stranger for donation, but not everyone has an equal chance on finding a match. White patients have the highest chance of finding a match (77%) while black patients only have a 23% chance, the lowest of all racial groups. Not only that, but donations from people ages 18 to 44 are in the highest demand as they lead to the most successful transplants - our members (ages 13-25 years) are a perfect fit to fill a much-needed gap!

So, we created the campaign "Give a Spit About Cancer" in order to create more buzz, drive more bone marrow donor registrations, and tell a richer story about health disparities and racial injustice. To do this we amplified our campaign through member stories, integrations with influencers of color, and college activations.

Our primary goal with Give a Spit About Cancer was fueling bone marrow donation registrations by reaching out to our 6 million members.

We divided our campaign audience into two categories and goals:

We then built a 360 degree marketing plan using the following tactics:

DoSomething.org specifically chose Ayo & Teo to be the face of Give a Spit About Cancer because of their virality. We crafted a video concept that was built around what they are known for: dancing. We have seen this video be incredibly viral on YouTube, with their dance #SwabChallenge. Their video resulted in over 5 million impressions!

Following this campaign, Johnson & Johnson, Be The Match and DoSomething.org will discuss continuing their partnership for another successful year of new registrations!

Video for Give a Spit About Cancer 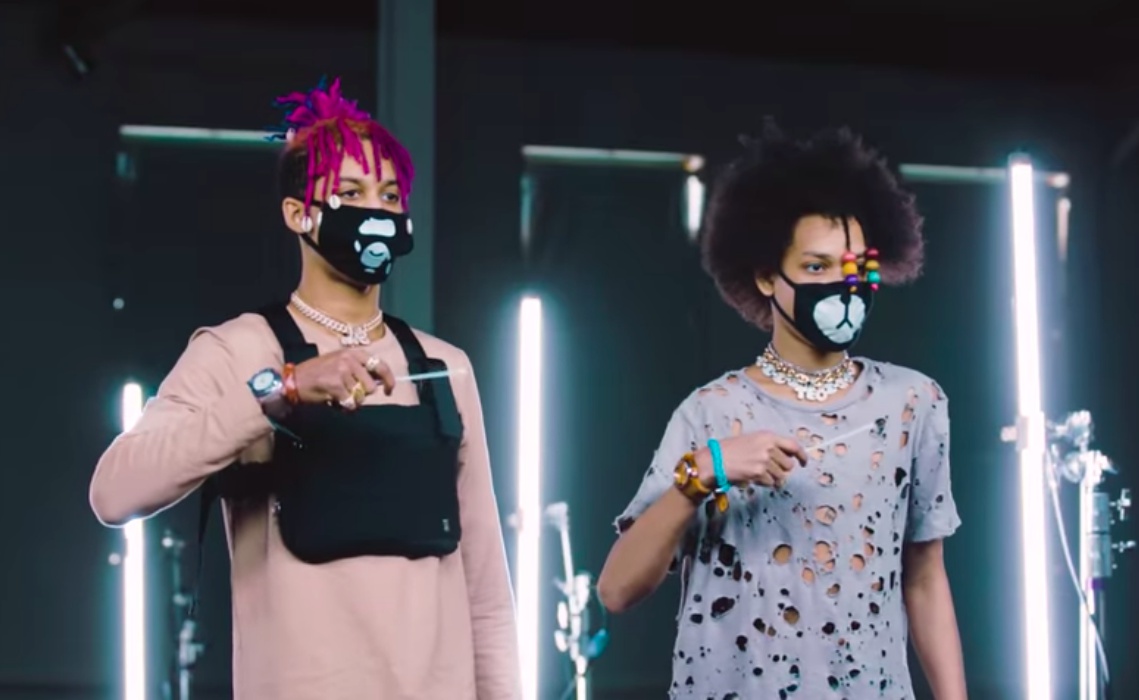 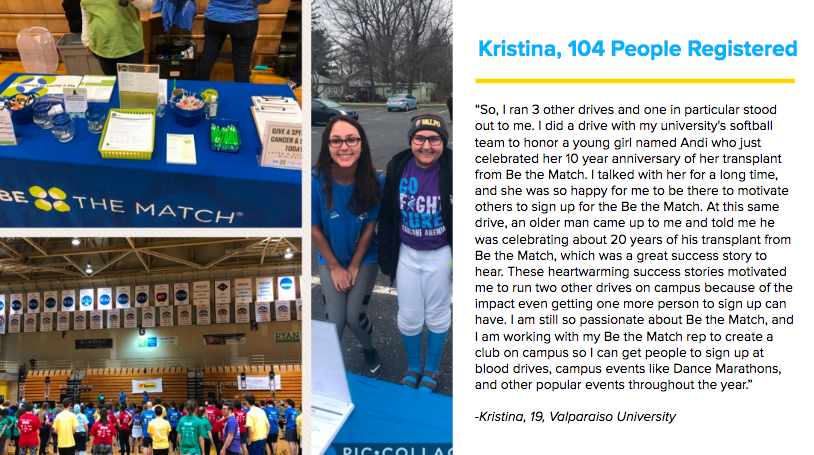 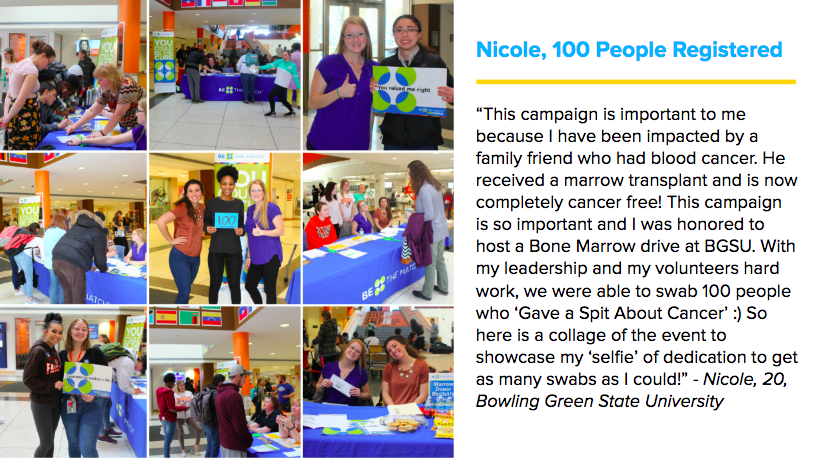 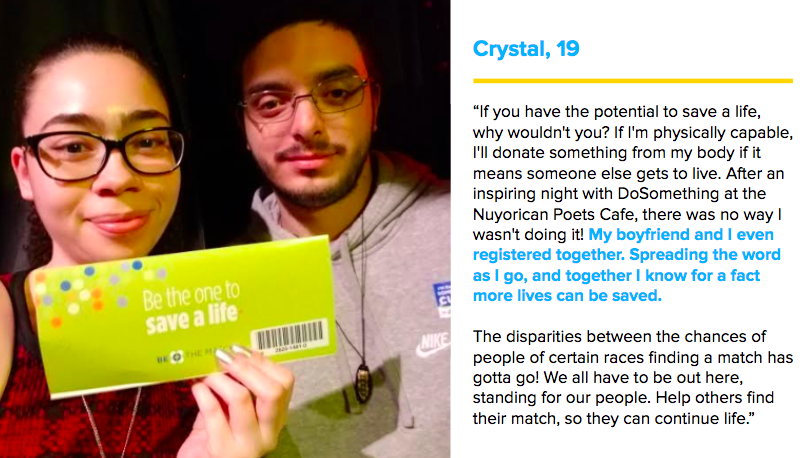 DoSomething.org, Johnson & Johnson, Be The Match