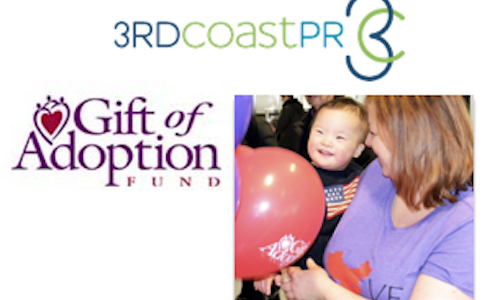 Gift of Adoption Pro Bono Influencer Program: Raising Awareness for a Cause

Gift of Adoption wanted to make a splash during November 2017's National Adoption Awareness Month with its first nationwide social campaign that highlighted the last hurdle many families face when adopting – finances. With no monetary budget, our team was charged with garnering support from celebrities, athletes and media outlets to raise awareness for the organization that is removing financial barriers for qualified parents to move forward with adoption.

We set out to meet the following objectives:

Partner with 3-5 celebrity/influencer for the campaign who will share their own #GOAHurdle post on their channels and encourage their followers to participate.

Secure pick up from 5-10 local and national media outlets sharing the campaign details.

Drive awareness of the campaign and Gift of Adoption throughout the month, while securing 20 participants that utilize the hashtag.

With Gift of Adoption being a nonprofit organization, our team had extremely limited resources to line up notable influencer partners who would be able to make an impact on the message that Gift of Adoption wanted to share during National Adoption Awareness Month. Our team developed a unique and engaging program that would help deliver key messaging across traditional and social media platforms to create exposure for the organization.

By developing a month-long social campaign to celebrate families overcoming the financial hurdles of adoption, we were able to generate sharable content from participants.

We asked people to post a photo or video on social media that represented the "last hurdle" of adoption. This could be leaping over a park bench, kids in a pool or playing leapfrog. The ask was a fun and accessible for all ages, and resulted in some really visual and engaging content.

To track the progress of this program, each participant tagged a designated hashtag, #MyGOAHurdle, with each photo to help the campaign go viral.

To kick off the social campaign, we recruited influencers with a tie to adoption to share their #MyGOAHurdle snapshots.

We partnered with athletes like Kendra Harrison, a world-renowned hurdler who was adopted, and Scott Hamilton, an Olympic figure skater, to help build excitement around the campaign.

In addition, our team developed a press release to announce the campaign and distributed it across the wire.

At the end of the month long pro bono campaign, we were excited to see a total of 26 posts shared throughout the month. Many of these posts came from Olympians and professional athletes as a result of our influencers challenging their fellow teammates and friends to participate. This total exceeded our initial goal of 20 posts, and resulted in 507,045 social impressions.

The Gift of Adoption team was thrilled with these results an we were grateful to have had the opportunity to provide them with the groundwork to launch additional social campaigns in the future. 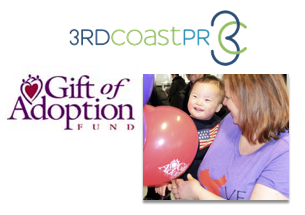