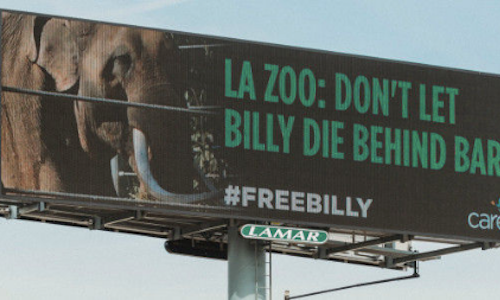 Petitions are one of the oldest forms of advocacy and continue to have real sway with the powers that be. Online petitions, meanwhile, sometimes go viral. And when they do, media coverage and the attention of policy makers often follow.

So the coalition kicked off their #FreeBilly campaign by first focusing on Karen's petition. It targeted the director of Billy's zoo, John R. Lewis, the mayor of Los Angeles Eric Garcetti, and the Los Angeles City Council, calling for Billy the elephant to be retired to a sanctuary. The petition was optimized by Care2's veteran campaigners and within weeks of launch, it gathered over 150,000 signatures.

In December 2017, after a year of inactivity from the LA Zoo, the group ramped up the #FreeBilly campaign by launching a crowdfunding campaign. Funds raised would be used to pay for a new, multi-pronged strategy to increase pressure on the LA Zoo for Billy's sake.

The initial goal for the crowdfunding campaign was to raise $3,000 to fund a billboard in Los Angeles. The team executed a unique targeted outreach strategy, tapping into a pool of already engaged supporters who had once taken action for Billy. Through its platform, Care2 was able to send a direct message to each person who signed the initial Free Billy petition, asking them to donate with a link to the crowdfunding page. Simultaneously, the team executed an email marketing campaign to over 200,000 signers, asking them to contribute. This approach proved highly successful. Within 48 hours, funds raised exceeded the set goal. The Free Billy coalition got together to decide the best, most effective way to leverage the $10,490 raised from a total of 677 donors, for Billy.

On December 15, 2017, art-activist group The Illuminator Collective was brought on to project big light installations onto the front of the LA Zoo, demanding Billy's freedom The projection lasted for three hours during LA Zoo Lights, an annual holiday experience that draws thousands of visitors. The following day, Billy supporters gathered at the LA Zoo holding signs, wearing #FreeBilly t-shirts, and standing next to a giant inflatable elephant to attract media attention and raise awareness of Billy's plight amongst zoo-goers.

Care2's marketing team also created a video explaining the plight of Billy, which was posted to its social networks.

The social video about Billy's plight earned 95,000 views and 799 shares on Facebook, while the social video featuring footage from the on-the-ground protest earned 137,000 views and 405 shares. A Twitterstorm for Billy on Dec. 2, 2017 generated 25,892 tweets to the LA Zoo and LA City Council. Actress Lily Tomlin also tweeted her support for the campaign.

The campaign also generated a total of 2.3 million media impressions, including coverage from CBS LA and NBC LA, which featured the billboard on TV news broadcasts and in online coverage.

Billy the elephant's plight is no longer in the shadows. His story has been seen—via articles, the billboard, on social media and more—by millions of people around the world. Billy is now one of the most widely known captive elephant cases around the world. Importantly, through this, people have simultaneously been educated on the consequences for all captive elephants like Billy, who suffer tremendously when forced into a life of solitary and/or substandard confinement.

Video for #FreeBilly the Elephant 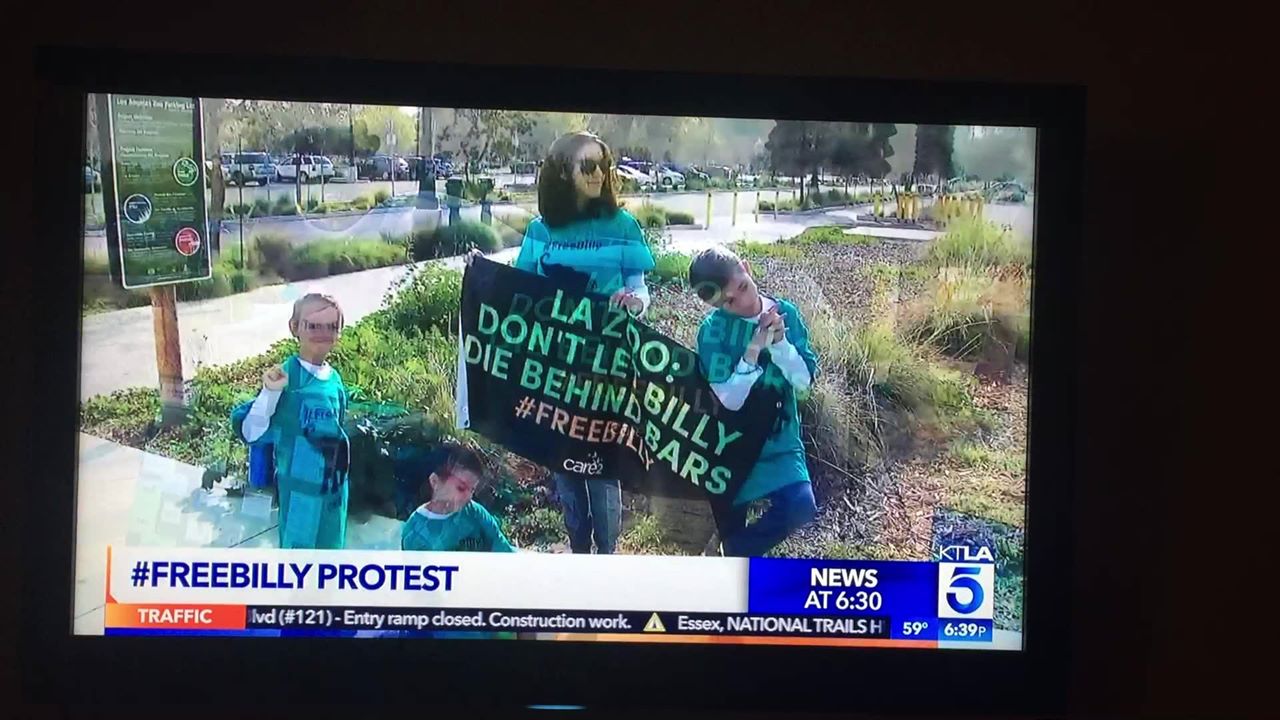 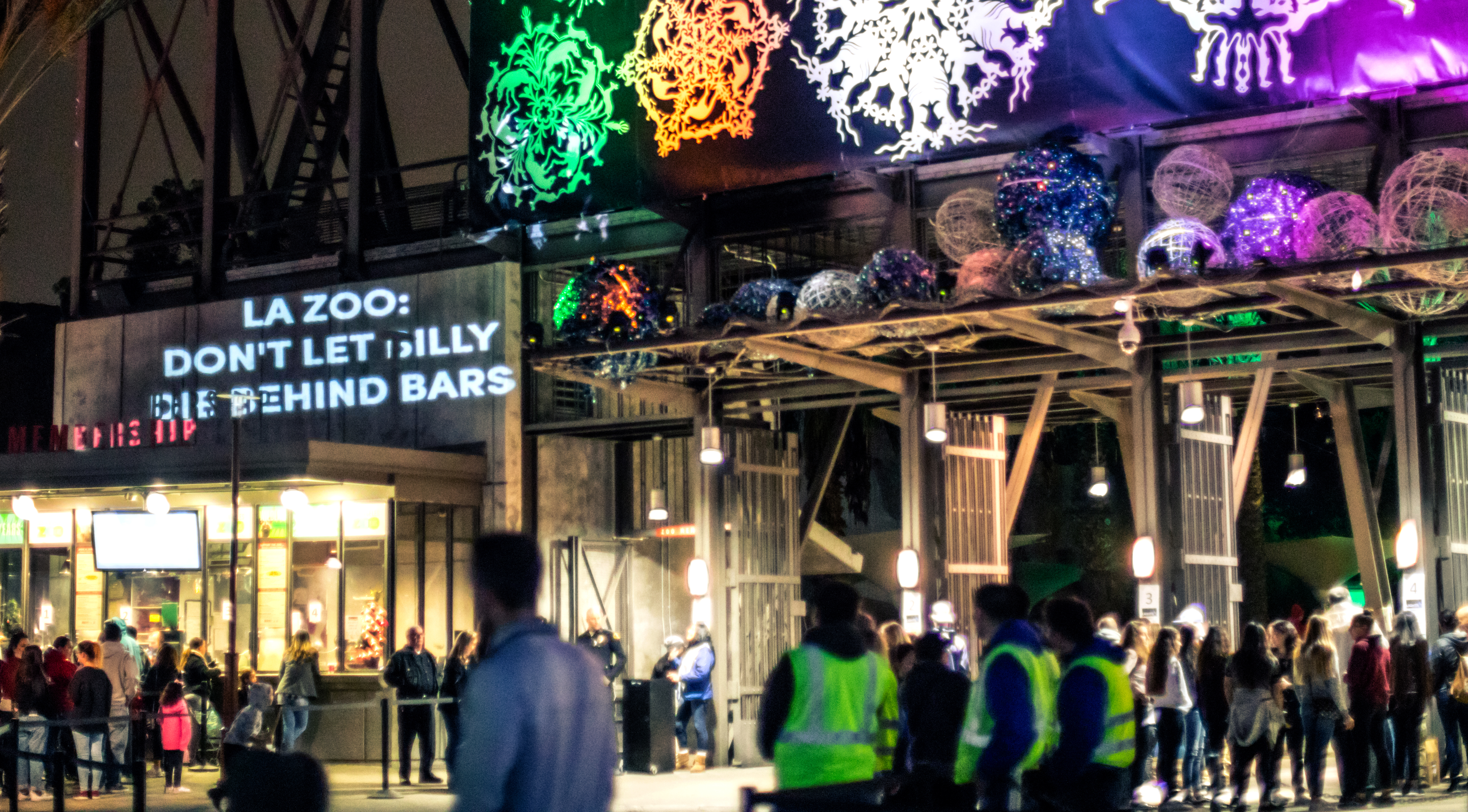 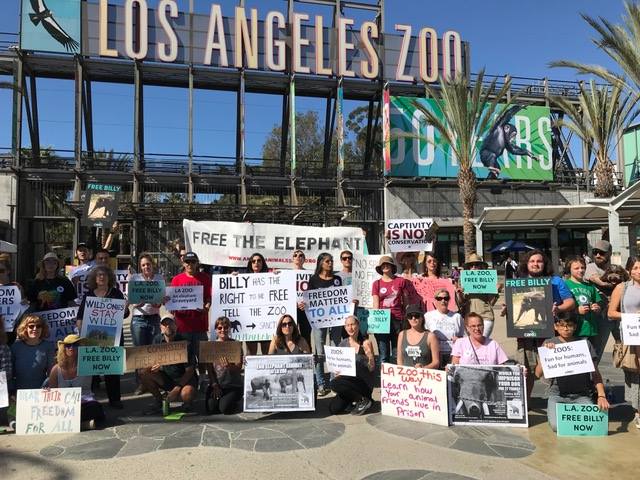