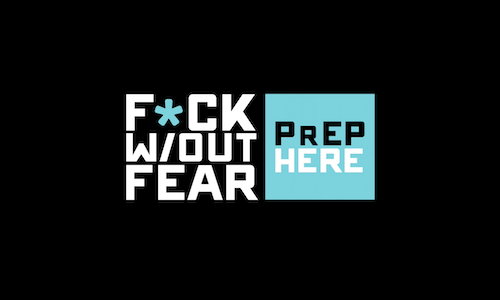 The HIV/AIDS crisis is not over.

And 69% of new infections are among African Americans and Latinos.

And launch a bold, sex-positive campaign empowered at-risk communities to get on PrEP and F*ck w/out Fear of HIV.

•Increase awareness and use of PrEP, particularly among gay/bisexual men of color and transgender women.

•Generate 500 new prescriptions for PrEP from the Center within three months of launch.

The campaign was designed was designed to be bold, daring and unapologetic. It was intended to inspire debate and empower people to take control of their sexual health, while emphasizing an alternative to living in fear of HIV. It aligned the PrEP approach with defeating HIV and directed our audience to the Center, where PrEP was available.

F*ck w/out Fear is a throwback to the rallying, rebellious spirit on which the Center was founded, using authentic language that breaks through the clutter of other prevention messages and commands attention—and sparks a real, thoughtful conversation about PrEP amongst the LGBT community and those most at-risk for HIV.

Every activation incited action. Every message attacked stigma, misconceptions and homophobia head on. This campaign was designed exclusively to reach those hardest hit by HIV in LA and ultimately save lives.

Previous PrEP campaigns failed to motivate gay/bisexual men of color and transgender women to take action. F*ck w/out Fear was intentionally designed to grab attention and jolt the target audience out of complacency. It set out to dispel myths including confusion about efficacy, fear of side effects, affordability or even availability.

But perhaps most importantly, F*ck w/out Fear is a sex-positive campaign that directly addressed the benefit of taking PrEP. Informed by extensive research, the tone and content was designed for our audiences to take one action: Set up a PrEP appointment at the Center. In order to do that we engaged with our audiences where they live, socialize, and even hook up, including gay dating apps, bars and nightclubs, and social and traditional media.

Based on social learning, we created a PrEP persona on Grindr, handled by a member of the Center's sexual health team. Catching the geo-defined audience in the act and on the app, our team was able to interact in real-time. Those interested in starting PrEP were set up with consultations.

In addition, we engaged with social media influencers and gay adult film actors to promote the campaign to their followers.

Far exceeding the campaign's goal of 500 new prescriptions, we beat our target by 47% and motivated 700+ people in this niche community to get on PrEP and protect themselves.

Controversy stirred by the billboard resulted in a segment on The Doctors, a syndicated television show, elevating the campaign and PrEP discussion to a national level. It featured a heated interview with the Center's chief medical officer, and provided a platform to underscore the need for conversations about PrEP which aren't happening in mainstream America.

The campaign received widespread support from the LGBT community, both locally and globally. Op-ed pieces praising the campaign written by Dr. Michael Gottlieb (who first identified AIDS as a new disease) and Peter Staley (a co-founder of the HIV activist group, ACT UP).

Video for F*ck w/out Fear 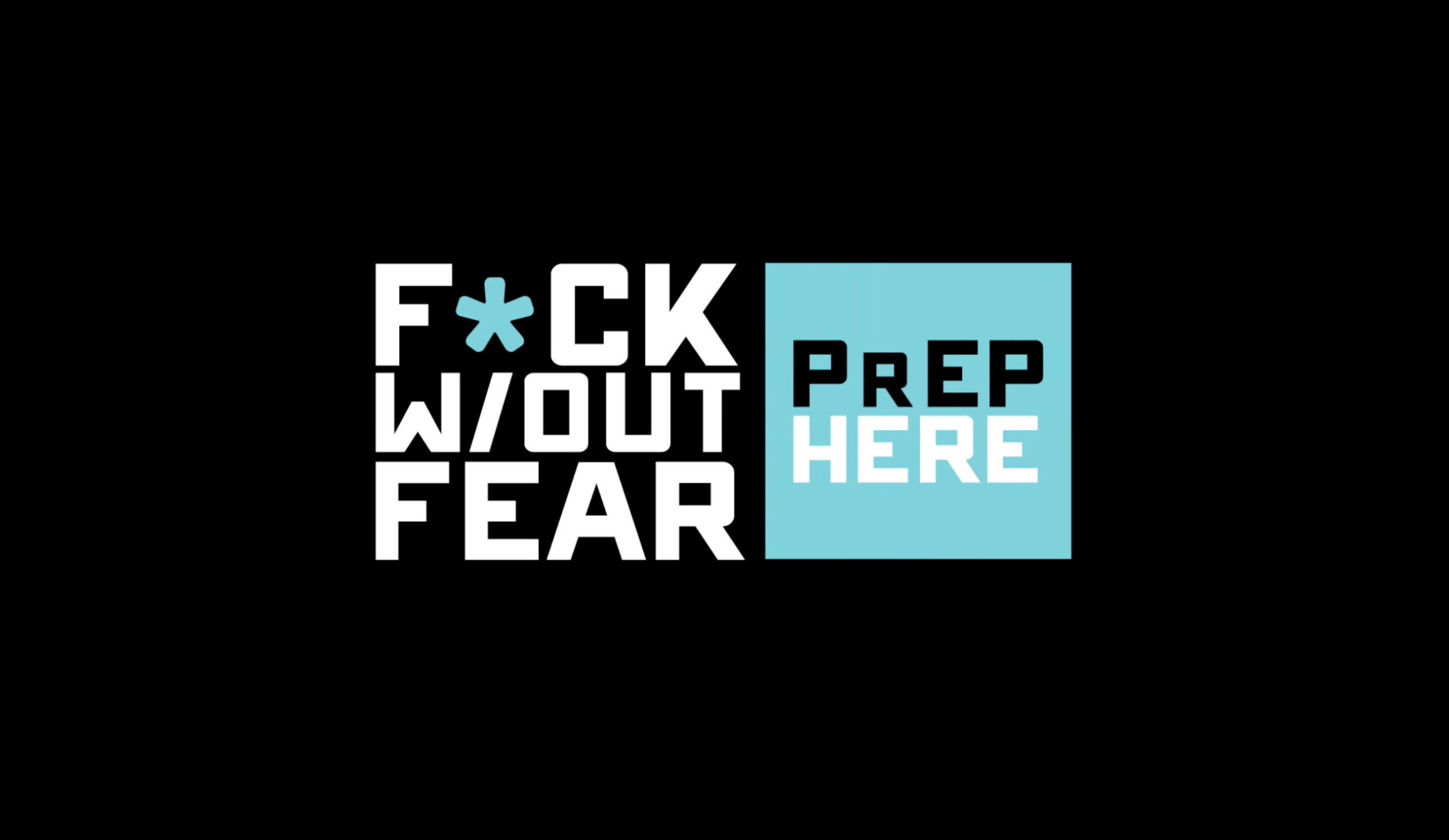 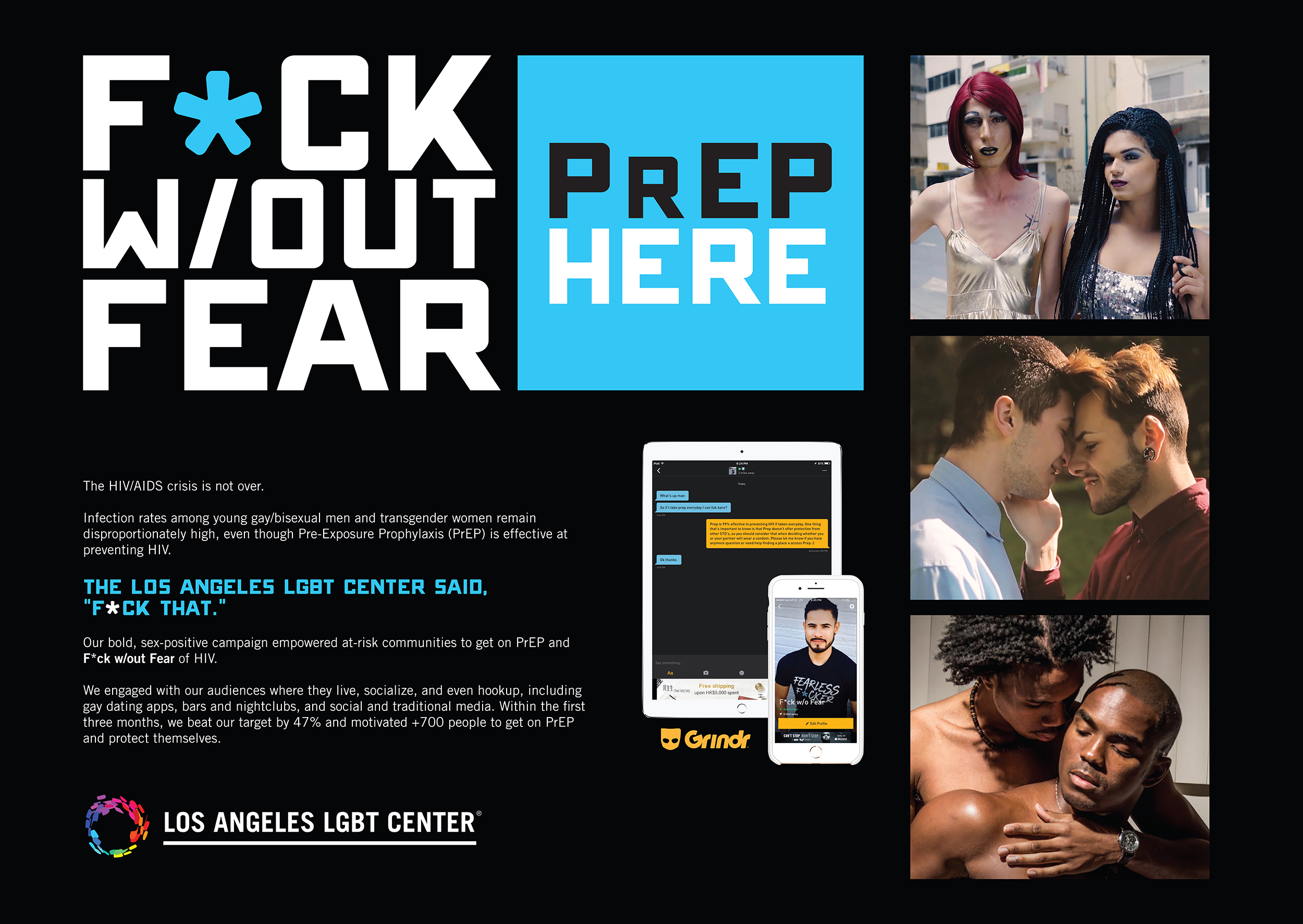