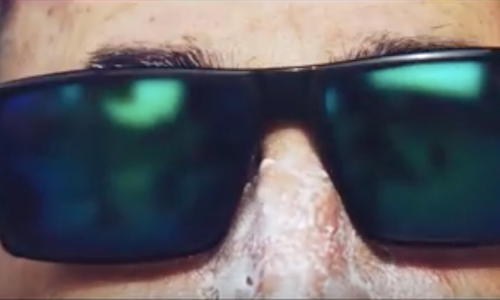 Goshen First Fridays, a monthly block party in the heart of downtown Goshen, Indiana, was created in 2007 in order to inspire a sense of community and establish "quality of place" in a once-struggling northern Indiana town. After being especially hard hit by the recession in 2008, Goshen First Fridays has helped gather the community together for a common cause and ignite the local economy in the downtown district. Over the years, Goshen First Fridays has brought tens of thousands of visitors from across the state and beyond to downtown Goshen throughout the year, putting the town on the map.

After 10 years of monthly community events, local and regional participation for Goshen First Fridays began to stagnate. As part of the effort to once again ignite excitement for the event, Eyedart Creative Studio and Downtown Goshen, Inc. leadership and the Goshen First Fridays volunteer team developed this humorous-yet-informative video series. In fact, the recurring subject in the videos, Walt, is a long-time volunteer who met his wife at a First Fridays event!

The concept of the Goshen First Fridays Video Series is this: Produce videos that catch people's attention with humor and a charismatic, recurring main character while also communicating important details and information to entice people to attend the upcoming event.

The humorous aspect, we hoped, would also inspire more shares and tags on social media platforms than a typical upcoming event video with b-roll, music, and narrated event details. The additional tags and shares would spread our message to an audience much greater than what we could achieve otherwise, even with an ad spend budget.

Not only would our message about the upcoming event spread further, but our influence on social media would begin to grow. We believed that by posting an entertaining new video consistently every month, we would build anticipation among our audience members. In other words, the community would be "on the lookout" for each month's new video, checking back to our pages regularly and increasing engagement.

Our implementation strategy is to use social media as the primary driver of traffic. We focused on Facebook because the Facebook Events and Facebook Local features are very quickly replacing many peoples' calendars when it comes to social planning. Because our Facebook page had nearly 10,000 likes and high engagement, we knew we would be delivering our content to an already engaged audience.

We saw immediate results. Our first video in the series, which advertised Goshen First Fridays VolksFest in September 2017, garnered 45 shares, 55 likes, 15 comments, and 4.5K views on Facebook alone. Clicks to the website from social media increased 36.34% over the previous year.

Over time, we also began to see increased loyalty and engagement among our fans. Our talent, Walt, started getting recognized on the street by passers-by during events and quickly became known as "First Fridays Guy" by fans.

We've enjoyed making the videos, and we've been pleased with the reception by our audience. The effort has proven to be a win-win for an event series with an extremely tight budget and virtually no money for advertising. We hope you enjoy them too!