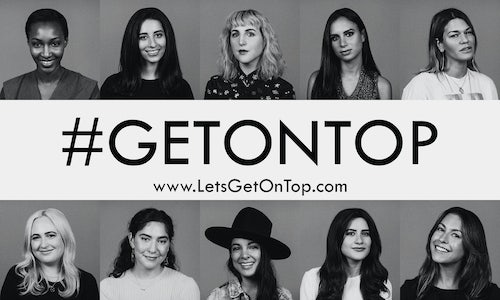 #GetOnTop is a multi-faceted campaign, created by sexual wellness brand Sustain Natural, aimed at getting women to take control of their sexual and reproductive health. The on-going campaign first launched in March 2016 during National Women's Health Week and has since expanded into a social movement: a call-to-action for women to prioritize their sexual health and well-being just as they would other aspects of their life.

Instead of educating through STD statistics and other fearful information, Sustain and it's founder + CEO Meika Hollender lead by example. Coming from a place of self-love and a mindset that doesn't tolerate shame, Sustain's #GetOnTop campaign is aspirational. The #MeToo and #TimesUp movements have inspired a wave of female empowerment, yet so many women are still at a crossroads when it comes to expressing their sexual needs and desires. The history of societal shaming and repression around female sexuality needs to be rectified. Sustain's continual efforts through #GetOnTop to educate women about taking control of their sexual and reproductive health fuels society's larger mission to create a future that ensures sexual equality for all.

Since the initial launch in 2016, #GetOnTop has since expanded to include Hollender's new book Get On Top; Sustain's first retail and educational pop-up; and their first outdoor ad campaign.

March 2016: #GetOnTop launched during National Women's Health Week with a video featuring 9 badass women - from fashion mavens to fitness entrepreneurs - promoting safe sex for all, in an effort to motivate others to take a public pledge to practice safe sex. This video was posted on LetsGetOnTop.com for over a year. For every pledge made, Sustain donated a condom to a young woman, in partnership with Bedsider and The National Campaign to Prevent Teen & Unplanned Pregnancy.

February 2018: Sustain launched their Condom Culture Ad-Campaign in NYC. The objective: have MORE safe, comfortable, pleasurable and fun sex with LESS risk, disease and unwanted pregnancy. For two weeks in February, Sustain blanketed NYC with oversized outdoor ads encouraging passersby to wrap it up. The ads were covered with thousands of condoms for the taking and once they were all removed, an ad revealed a series of playful/sexy images of what real, safe sex looks like. The ad also featured a recent report from the CDC addressing the current health crisis and significant rise in STDs among millennials resistant to condom use. As part of the awareness campaign, Sustain donated 50,000 condoms to Planned Parenthood of New York. The goal was to shed light on the need for conversations and action around safe sex in a way that empowers women to literally take their sexual health into their own hands by carrying condoms and ultimately change condom culture.

March 2018: Sustain Founder + CEO Meika Hollender's book Get On Top, published by Touchstone, is a millennial sex-positive guide to sexual wellness, sex and reproductive health and was called "Sex-Ed for the #GirlBoss generation" by Christy Turlington Burns. Hollender wrote the book to create a space for informed, healthy, sex positive, pro-pleasure information -- establishing herself as a leading spokesperson and expert on sexual and reproductive health. This book launched Sustain's commitment to not only creating healthier products in this space but also being a thought leader and educator around these topics.

April 2018: Sustain launched its first brick-and-mortar pop-up, Get On Top, in NYC to celebrate the launch of Hollender's book. The pop-up brought the book to life by highlighting a different chapter each day (Periods, Pleasure, Consent, etc.) through curated events, panels and discussions. The space doubled as both store and sanctuary, allowing visitors to walk away feeling a sense of empowerment and clarity when it came to their sexual health. Speakers included Vera Papisova (Teen Vogue's Wellness Editor), Asa Akira (Porn Star), Eileen Kelly (Sex Educator + Influencer), Alisa Vitti (Founder of Flo Living), Alex Fine (Co-Founder of Dame Products), and more. Events ranged from panels on Consent and Pleasure, to discussions on alternative PMS management, to a packing party with Planned Parenthood NYC where they assembled Safe Sex Kits for Pride.

Hollender also debuted on HSN selling Sustain's Organic Lubricant — the first sexual wellness product to ever be sold on their channel.

Through this campaign, Sustain has donated over $150,000 to women's reproductive health organizations and over 1 million condoms to Planned Parenthood.

As a result of Sustain's outdoor ad campaign and retail pop-up, they engaged with over 100,000 New Yorkers about the importance of safe sex.

Additional results from #GetOnTop include: a sold-out schedule of events held at the NYC pop-up; over 10,000 pledges made during 2016's National Women's Health Week, and over 4 Billion combined traditional media and social impressions.

Video for #GetOnTop: A Campaign to Promote Women’s Sexual Health 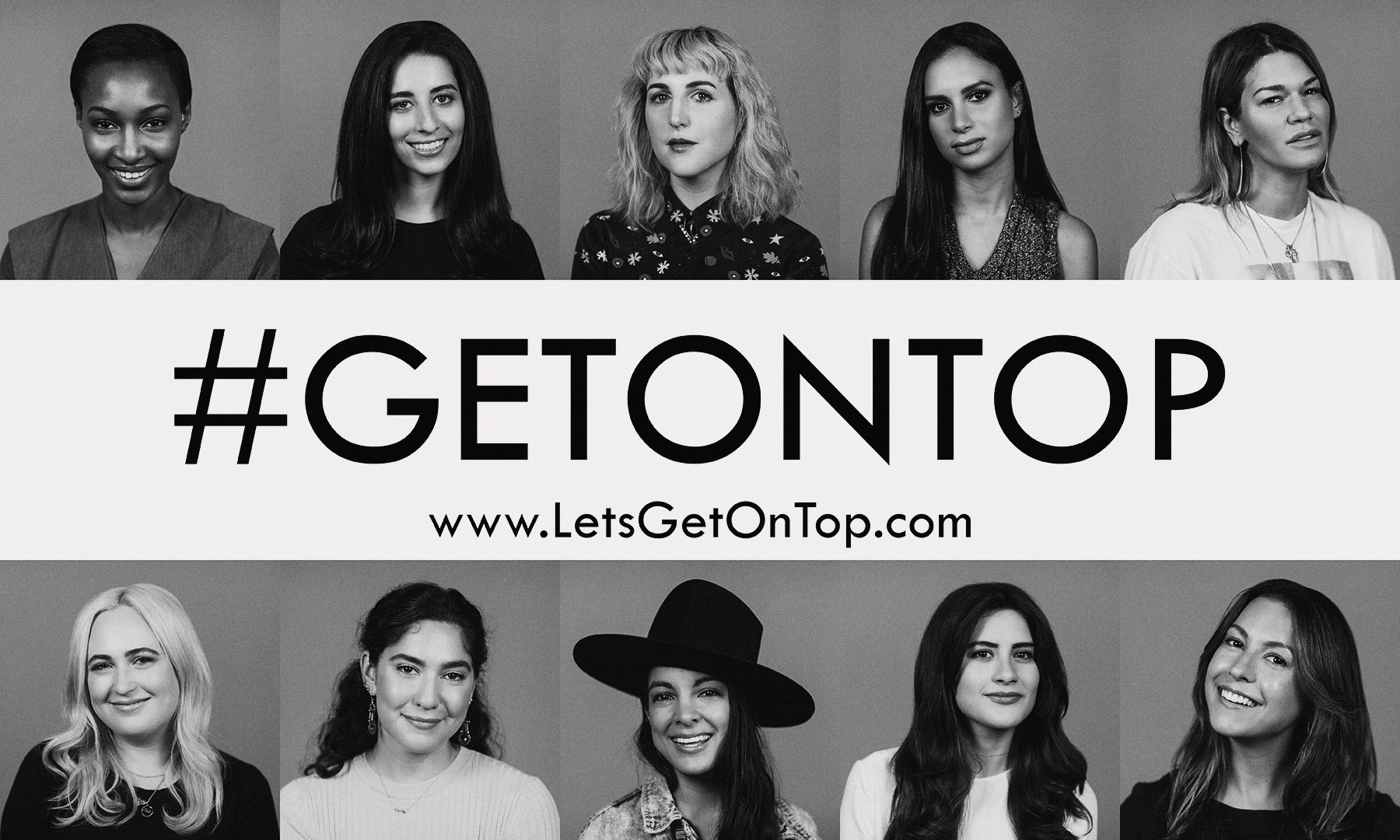