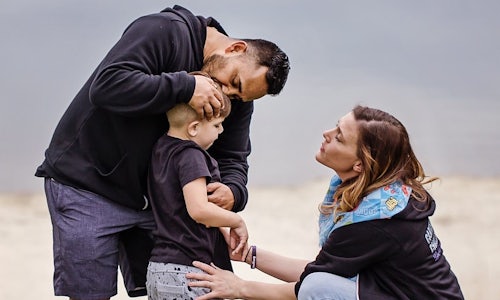 It's a daunting task to raise $1 Million dollars in 1 Month for a Rare Disease no one has ever heard of. With a maximum budget of $15,000, some might say it's impossible.

Sanfilippo Syndrome is a fatal brain disease in children. It's rapidly degenerative. Children start their lives fairly typical, but everything begins to change around age 3. Toxic storage builds up in a child's brain and begins taking away all abilities. The child will stop speaking, walking & eating. As the severe dementia sets in, they will need a feeding tube, a wheelchair, and live in a severely handicapped state for many years until death, usually in the teens. It is often referred to as a "Childhood Alzheimer's", but in reality it's much worse. Currently, there is no available treatment or cure. It is cruel & devastating for the child. Parents are forced to watch, heartbroken, as their child fades away.

Cure Sanfilippo Foundation's mission is to advocate for and fund research for a cure or treatment for children with Sanfilippo Syndrome. This is often done by funding research for clinical trials; a chance at life for children. In early 2018, our Foundation identified a new planned clinical trial that was in urgent need of funding. This was a novel & promising therapy that could potentially save thousands with this disease. We aimed to make a $1 Million commitment to this important project, but had to raise the funds.

Carter Sarkar is a 6 year old boy with Sanfilippo. He has not been accepted in the very limited number of clinical trials that have taken place over the past 2 years. Because of certain criteria (one being age), some children are not accepted into clinical trials. Not being accepted into a clinical trial means certain suffering and death. The clinical trial we hoped to fund would potentially accept children, like Carter, who have been left out of other trials. If successful, the therapy could go on to be an answer for thousands of children.

Our strategy focused on telling one family's story (The Sarkar's and Carter), to be representative of all of the children who have been left out of potentially life-saving clinical trials. Jen and Samir Sarkar are amazing advocates for the Foundation's mission.

Our strategy was to create a compelling video to tell the very personal family story. We would use this video to garner media attention and ongoing coverage over the 1 month. Since the Sarkar family lives just outside of Los Angeles, our goal was to start with LA news stations, and spread out nationally from there. Carter's parents would send hundreds of personal email press releases to lists of contacts, friends, & editors across LA and the country. Our Foundation would send press releases as well to hundreds more, including parenting groups, magazines, and websites. Our hope was that Hollywood influencers would pick up the campaign and help share to larger audiences.

For video production we enlisted the help of Valentina Vee, and Benjamin Von Wong, who we've worked with in the past. They worked practically pro bono, charging just a few thousand dollars for several weeks of work.

We chose a GoFundMe site where dollars would go directly to Cure Sanfilippo Foundation. The video would be uploaded there. We chose the campaign name "Saving Carter", and used three hashtags: #SavingCarter #1Million1Month #NowOrNever, to drive home the urgency. We purchased the URL www.SavingCarter.com and redirected this to the donation site.

Knowing that during the 1 month, the campaign would likely slow down, we planned an update video to be released featuring the viewpoint of Carter's sister Sophia. We hoped this would boost the campaign when needed.

Prior to launch, we prepared Foundation family members to help spread the Saving Carter campaign, with the understanding that this campaign's success could help all children, including their own. We even gave these core Foundation families a preview of the video several days before launch, on a group video conference, in appreciation for their involvement and support.

While we did not work with any professional PR agencies or advertising companies, we did study and analyze the components of previous rare disease successful campaigns. We ranked each and evaluated strengths and weaknesses. We took what we felt were the best components of each, and used this when crafting the Saving Carter campaign. While there was a clear strategy, the implementation & execution was a true grassroots effort.

Saving Carter launched on May 22nd.

45 days, $1 Million dollars...and awareness like never before seen for this rare disease.

Highlights of the campaign include:

- Tweets and Instagrams from Hollywood celebs with more than 250 million followers including Katie Perry, Selena Gomez, Khloe Kardashian, Madonna, Cher, The Rock, Kris Jenner, Jamie Lee Curtis, and many others

In the end, the needed $1Million to fund this trial was raised in time to contribute to this new and hopefully life-saving research and clinical trial.

We find it remarkable and inspiring that in just 45 days, on this shoestring budget, Saving Carter raised more than $1 Million to give thousands of children HOPE for a chance at LIFE.

Video for Curing a Fatal Disease in Children: Saving Carter 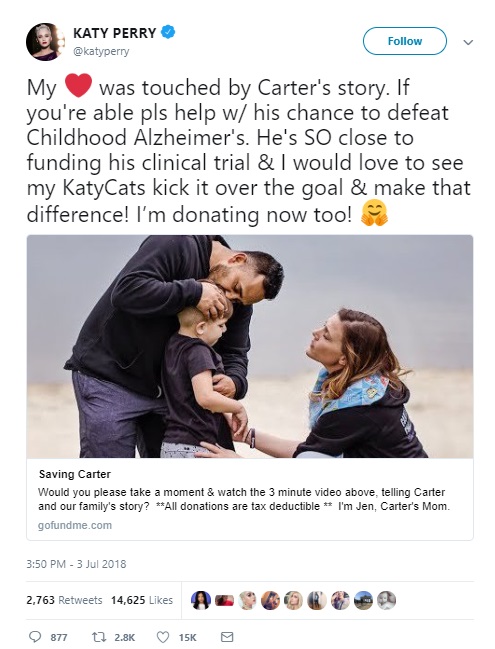 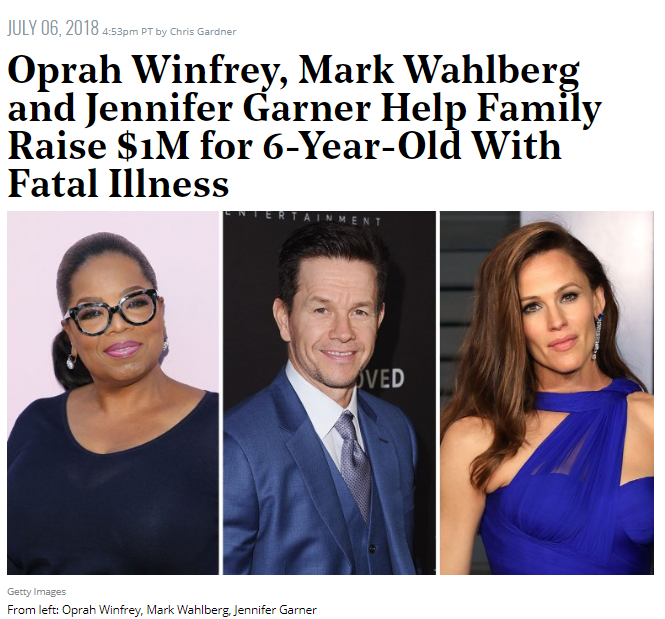 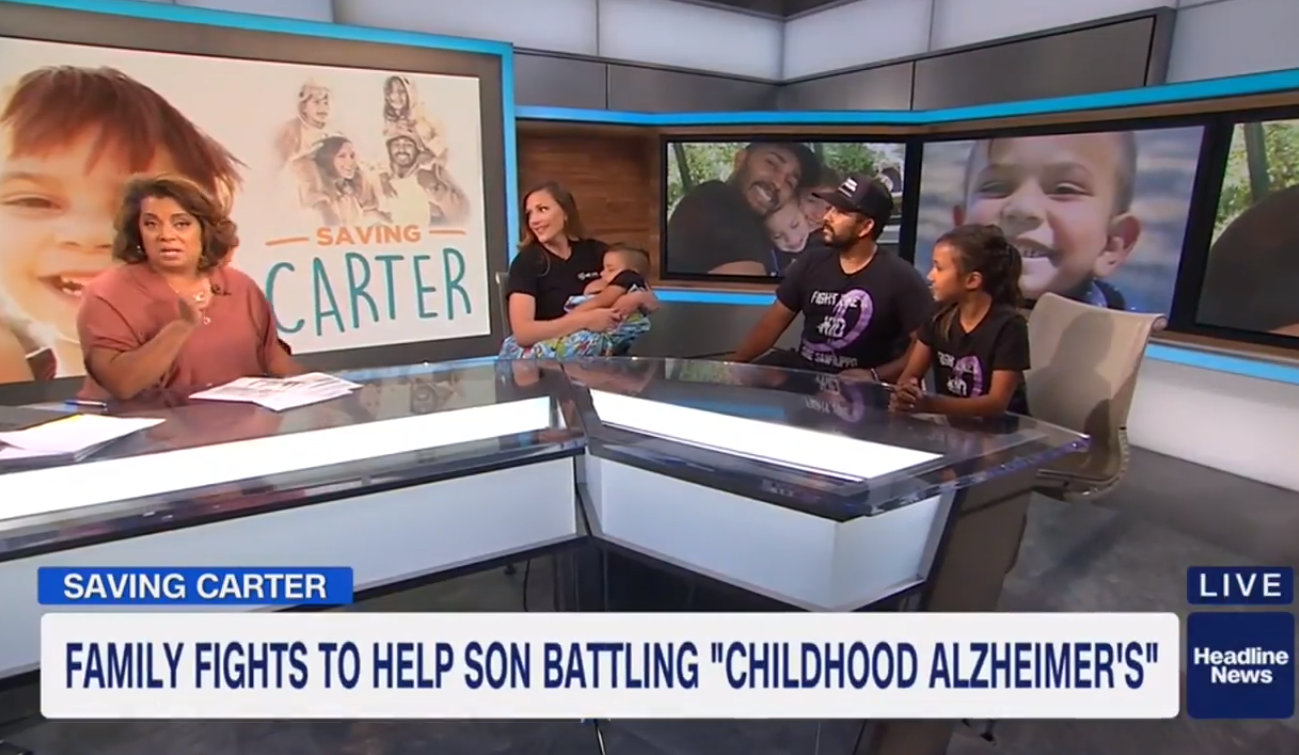 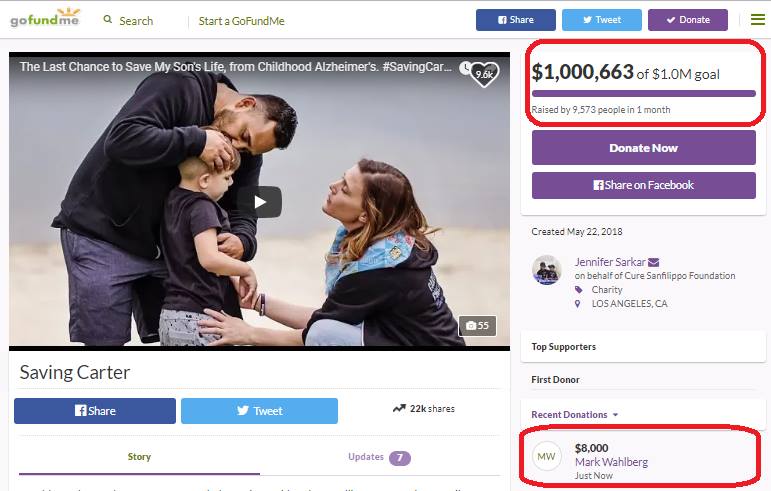 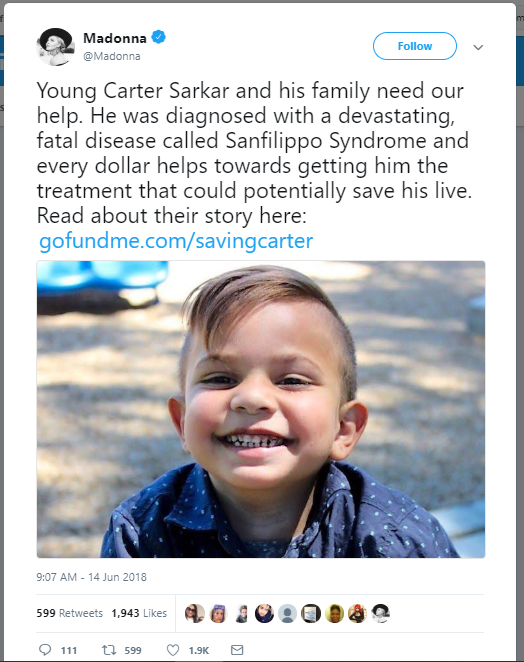 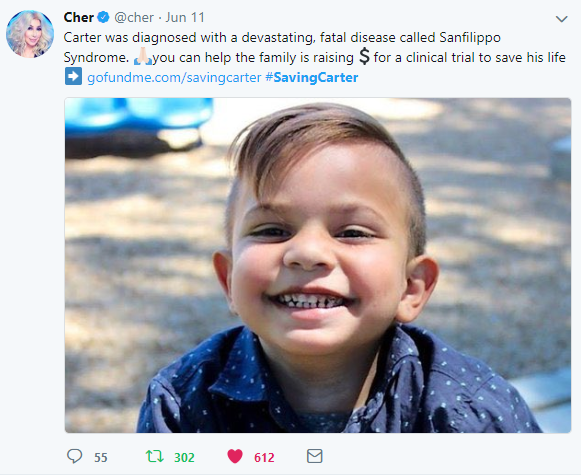 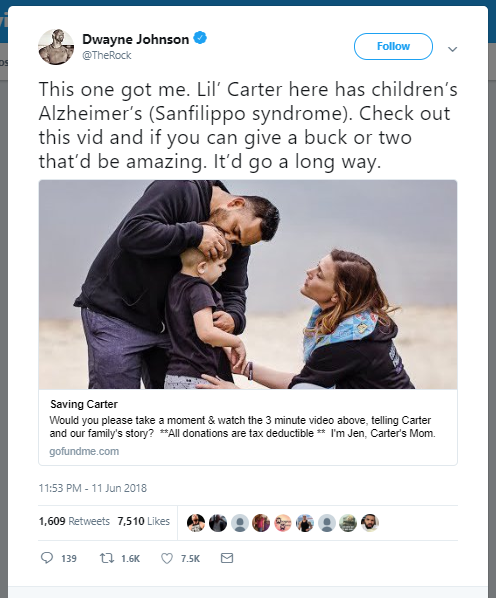 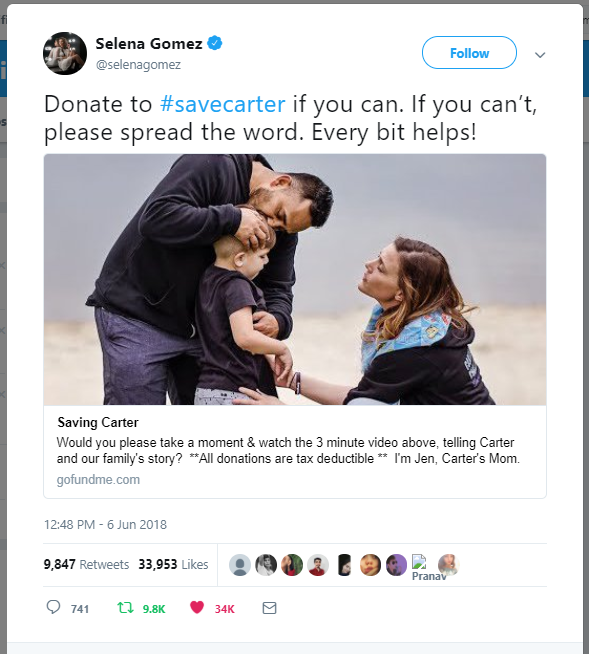 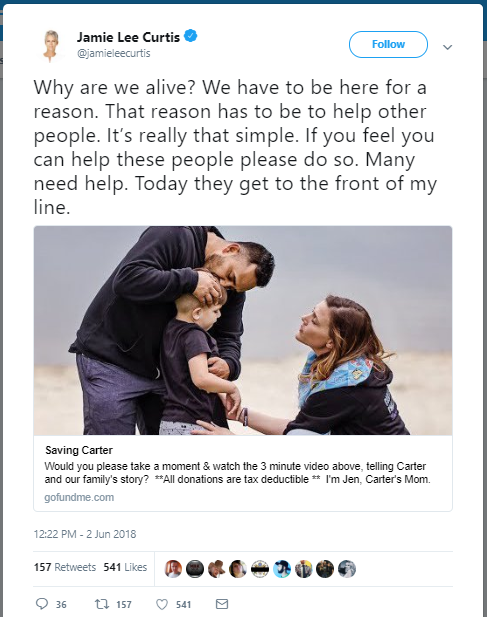 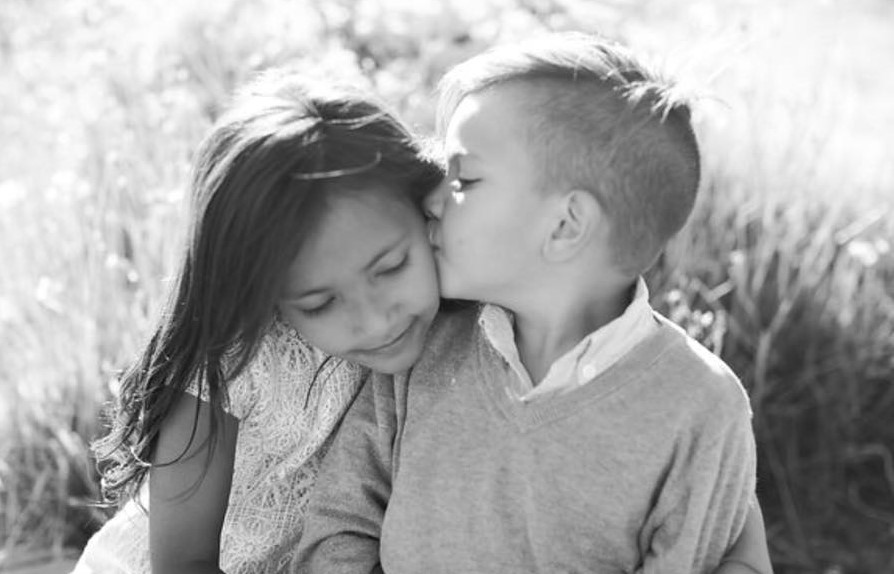 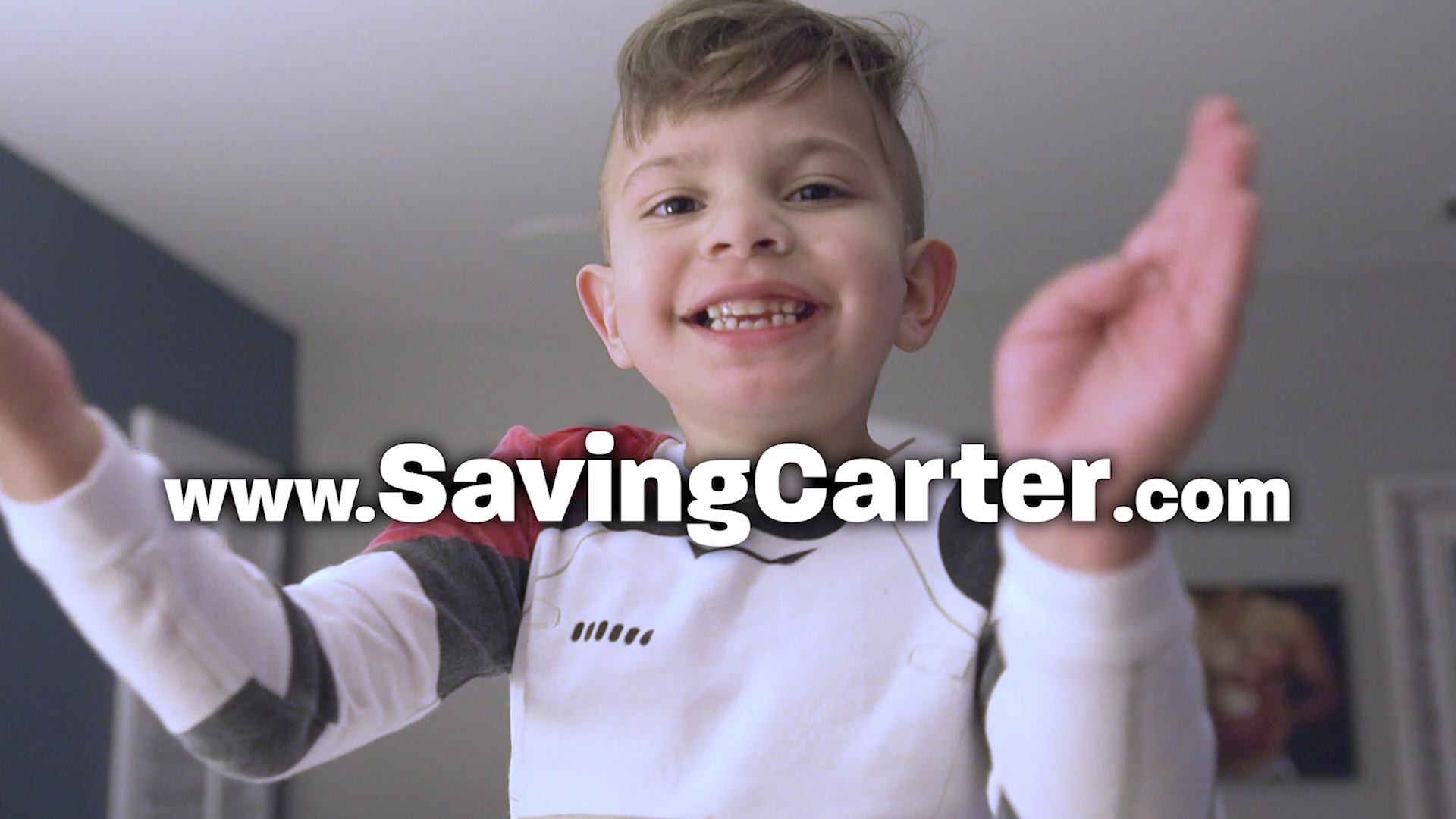 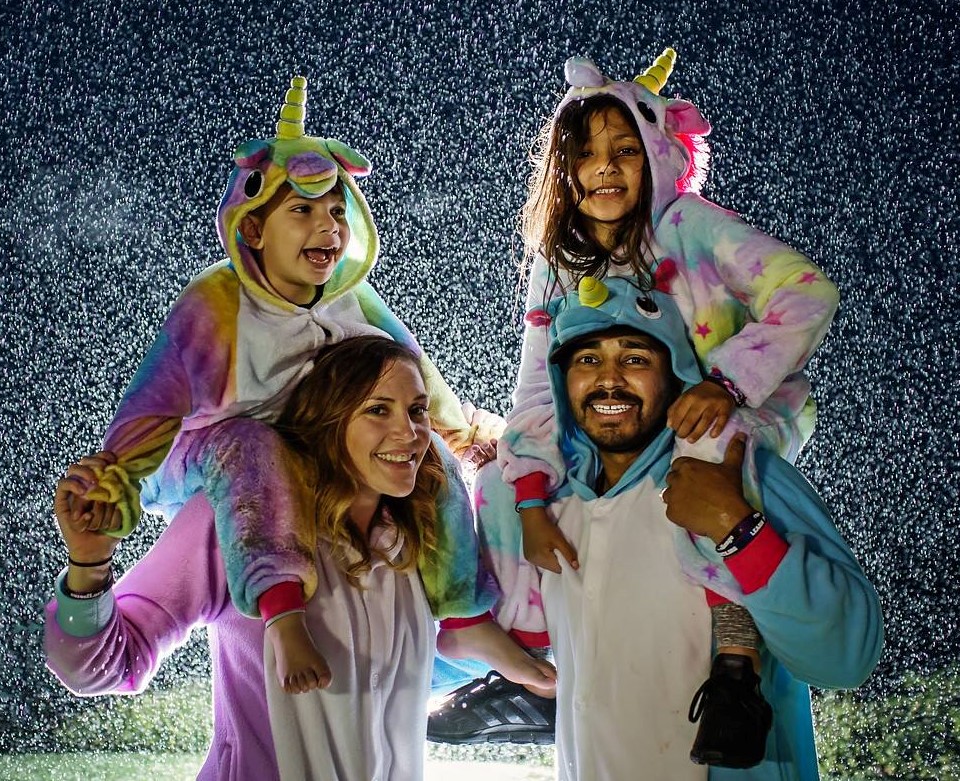 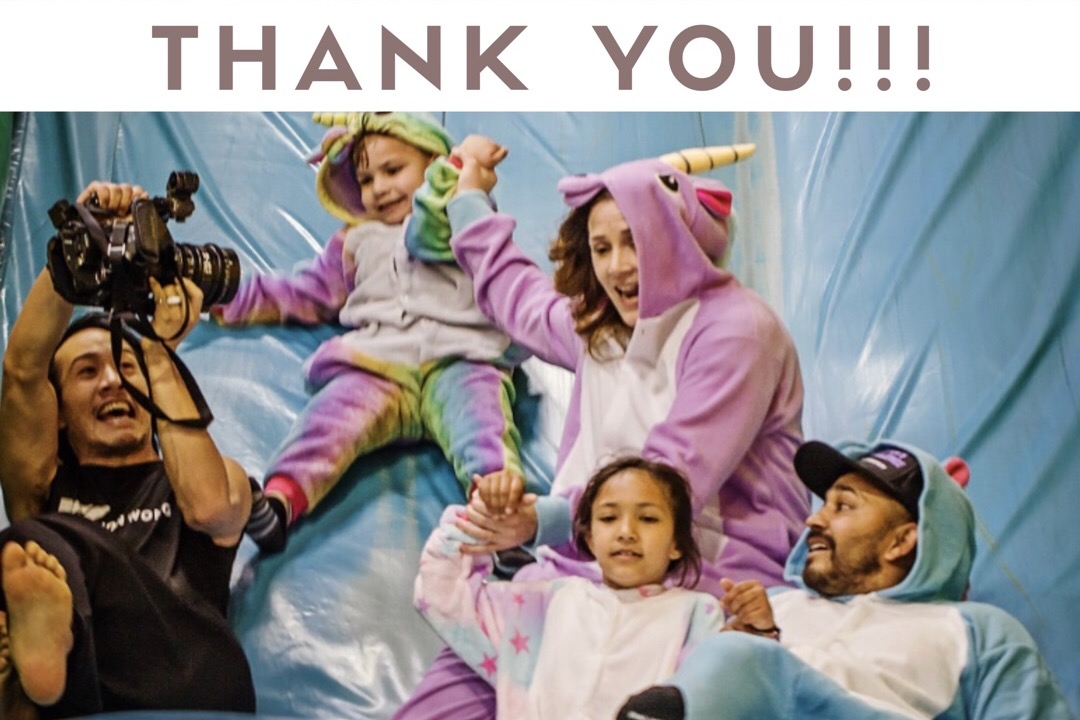 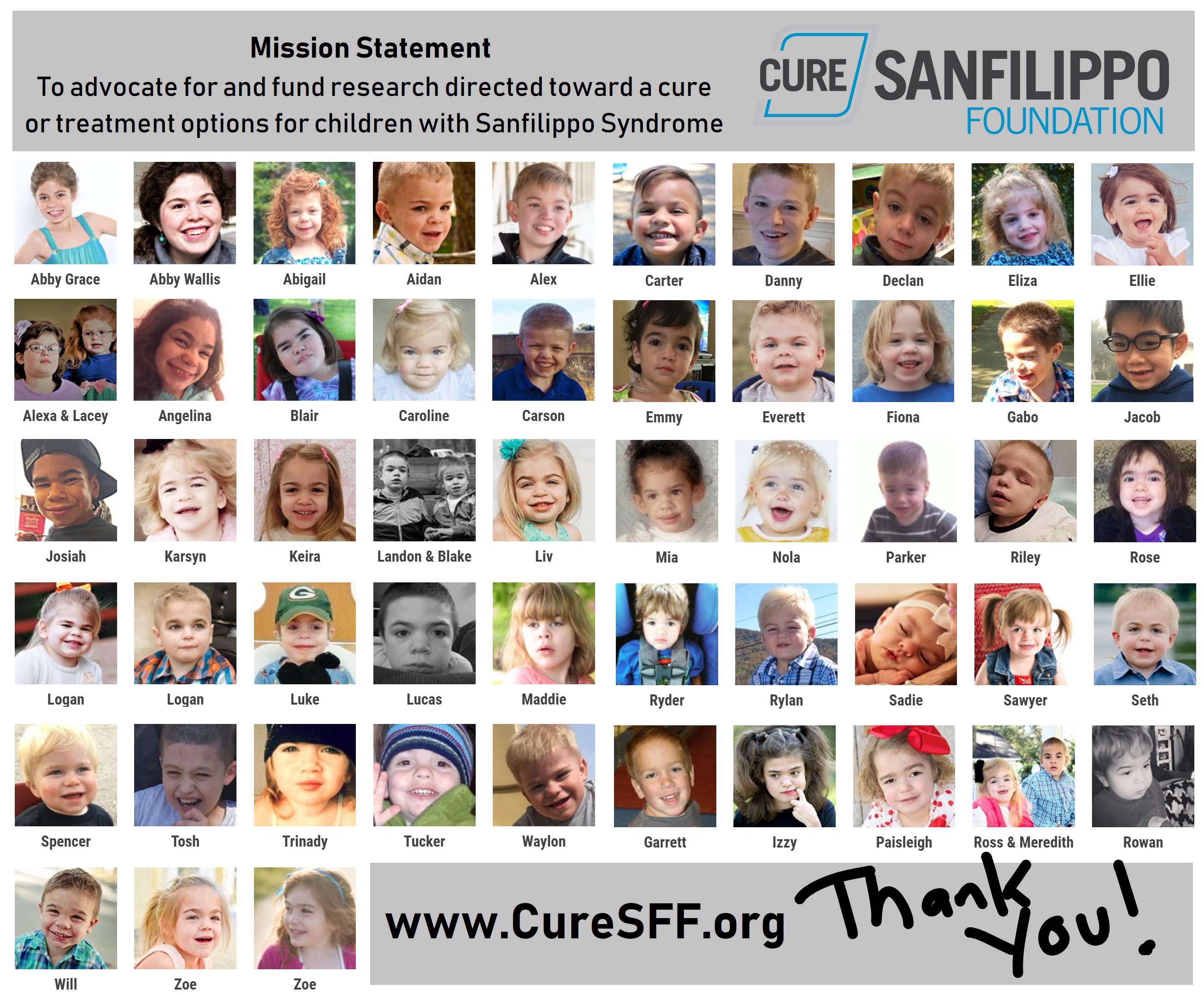 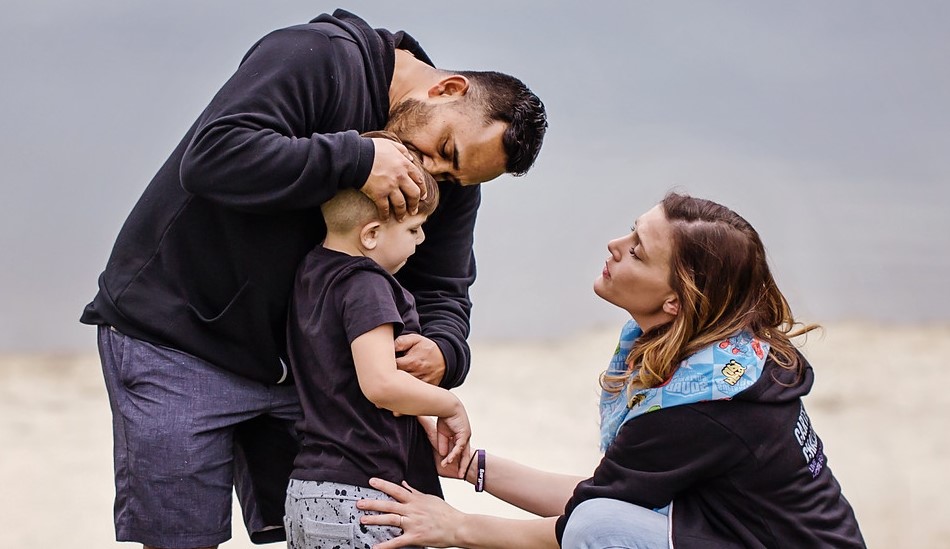