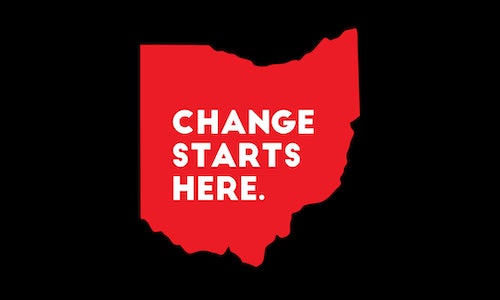 The Ohio Collaborative Community-Police Advisory Board, a 12-person panel of law enforcement experts and community leaders from throughout the state, established state standards – for the first time in Ohio's history, for use of force including use of deadly force and agency employee recruitment and hiring that can help guide law enforcement agencies in Ohio. As a response to the national and local climate of hostility between law enforcement and community members, Warhol & WALL ST., along with the Office of Criminal Justice Services, helped the state to launch Change Starts Here Ohio.

At its core, Change Starts Here is a grassroots initiative that encourages people to start with change within themselves and their local community. "Here" is purposefully vague. It allows citizens to determine where they can tangibly produce a positive impact on community-police relations. Though the action of each individual may differ, the intention remains consistent.

Each prong of our Change Starts Here strategy aimed to educate and spark conversation. Our first step was to create a PSA video that captures the essence of the campaign. The content captures the growing tension between police officers and the community by communicating the impact from a lack of empathy and engrained stereotypes. The next phase of the messaging in this video was crucial: the call to action. The video introduced the potential for hope and change by asking the viewer to become personally involved in the cause.

As with most modern grassroots movements, the next step was to establish a robust social media strategy. Our social media was rooted in compelling photography and video elements. Each social media video followed a cohesive structure wherein key community members and law enforcement officials authentically discussed how change "starts." Each video showcased people with diverse backgrounds and opinions. This was to reinforce the idea that change begins with each individual.

Our photography followed a similar structure. We produced a series of images that featured active members of the community, elected officials, and local influencers who each made a personal statement about what Change Starts Here means to them. Each image was accompanied by a brief description of how that person planned to make a change in their community or what changes were occurring around the state.

Social media can often be a hotbed of incisive, negative content. Our goal was to utilize social media to start a different narrative. We wanted to spark thoughtful, engaging conversation. We used photos of people with varying demographics and varying occupations ― from community activists to police officers ― to connect with the community members throughout Ohio on an honest, authentic level.

The next prong of our approach was to disseminate information via campaign fact sheets. We created three informative documents that educated and informed community members about interactions with law enforcement. In our focus groups, we found that community members were frustrated by a lack of transparency: They wanted to know the laws and their rights when engaged by police officers. These practical, informative sheets did just that. They outlined each individuals' rights and provided tips on how to best interact with law enforcement to avoid miscommunication and harm.

The final phase was to reflect on all of the conversations we created over the course of the campaign. We compiled our wealth of footage and photography into a documentary that follows the campaign's journey, which is called "Change Starts Here: An Unfinished Documentary." The documentary is "unfinished" because we openly acknowledge that the dialogue on community-police relations has just begun. We created a doorway and a platform for the sweeping change we hope to see in the future.

We traveled to towns across the entire state of Ohio and engaged hundreds of thousands of people on social media. On Facebook, we created 788,955 impressions, reaching 658,632 Ohioans. On Twitter, we made 70,814 impressions.

A few of the locations we touched include: Cincinnati, Sydney, Columbus (Ohio State and the Ohio State Fair), Miami, Medina, Euclid, Cleveland, Dayton, Blue Ash and Toledo. In all of these locations, we facilitated conversations and distributed merchandise.

A glance at our social media history or our documentary illustrate, unequivocally, that Change Starts Here has had a tangible impact on Ohio communities and law enforcement. We are confident that we have laid the groundwork for constructive dialogue and policy decisions that will make every Ohioan feel safer. 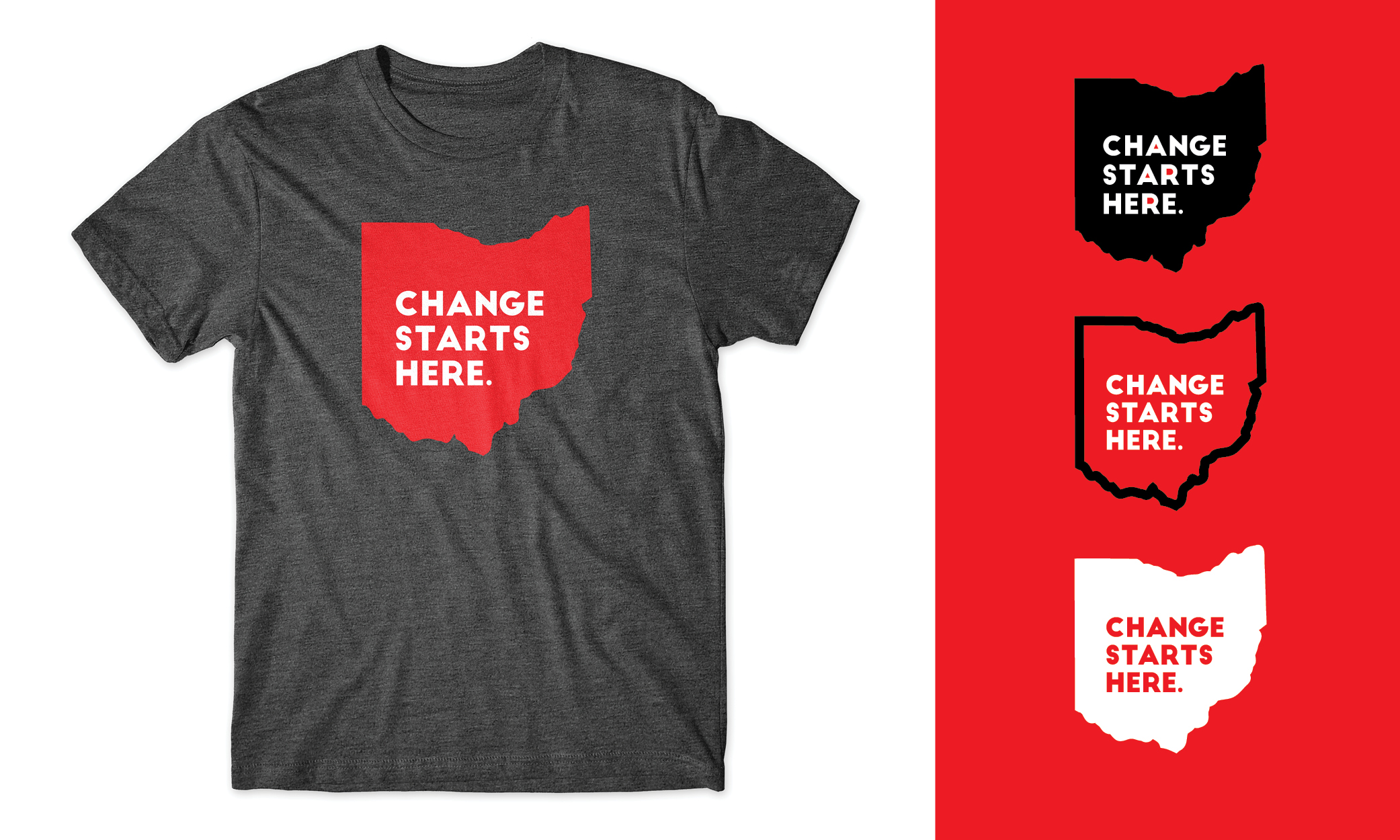 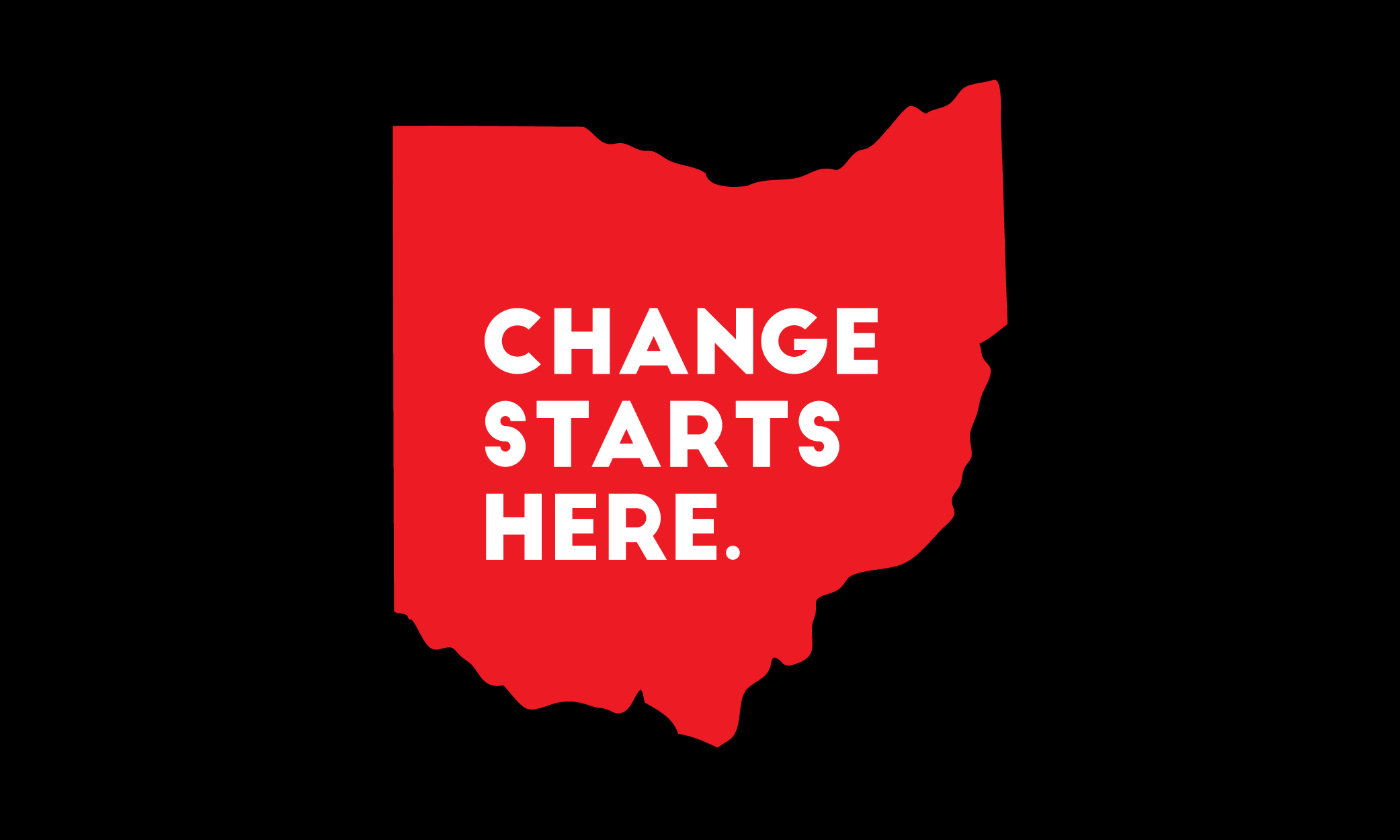 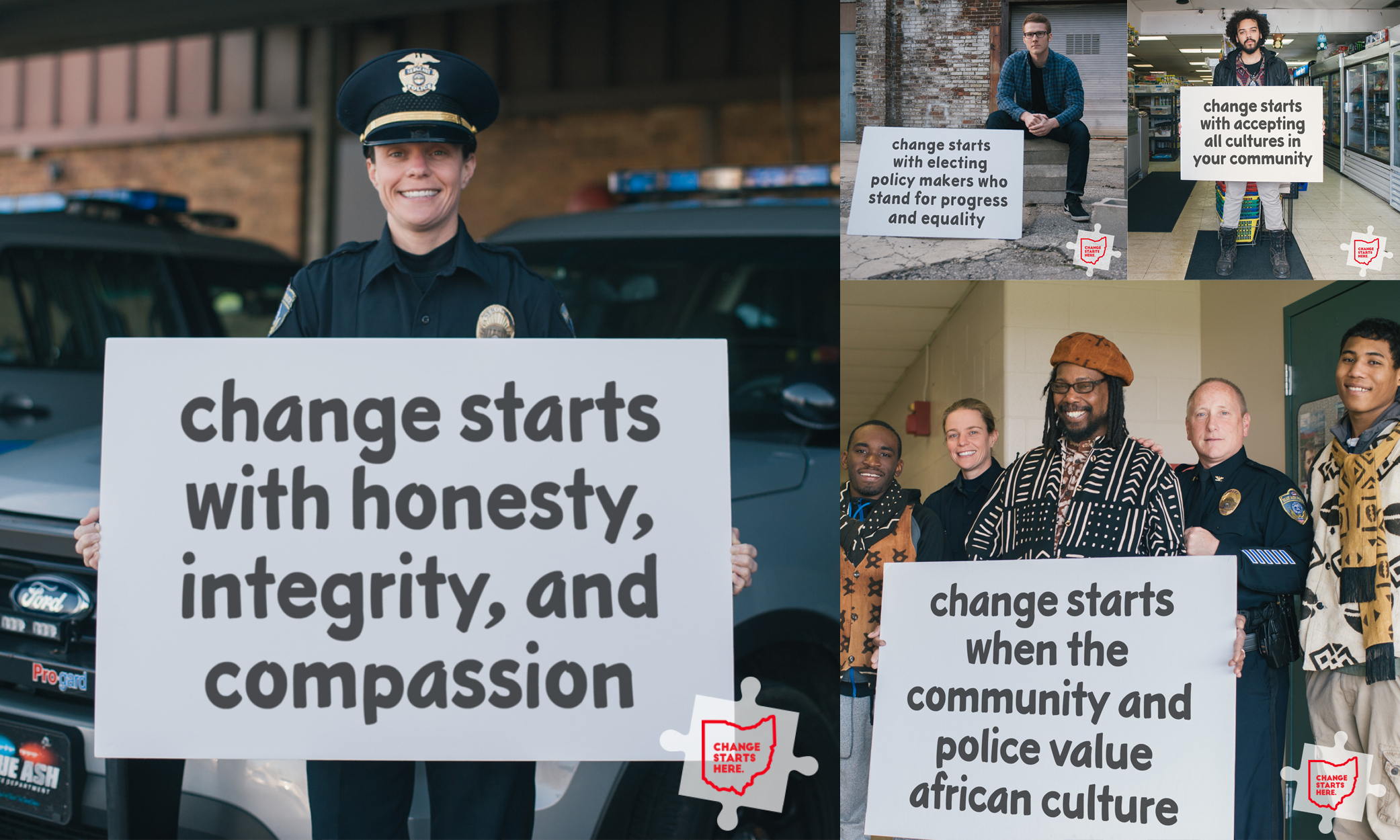 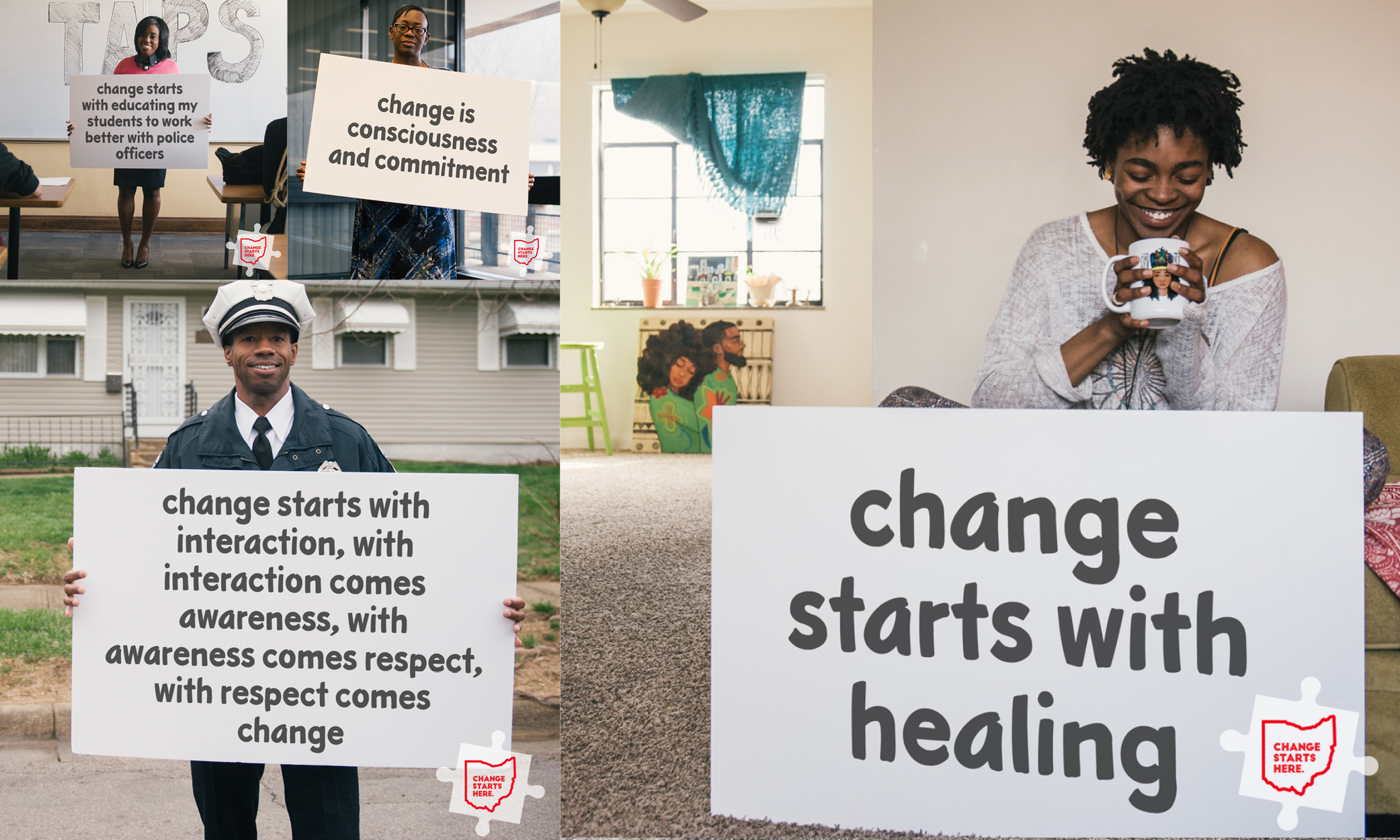 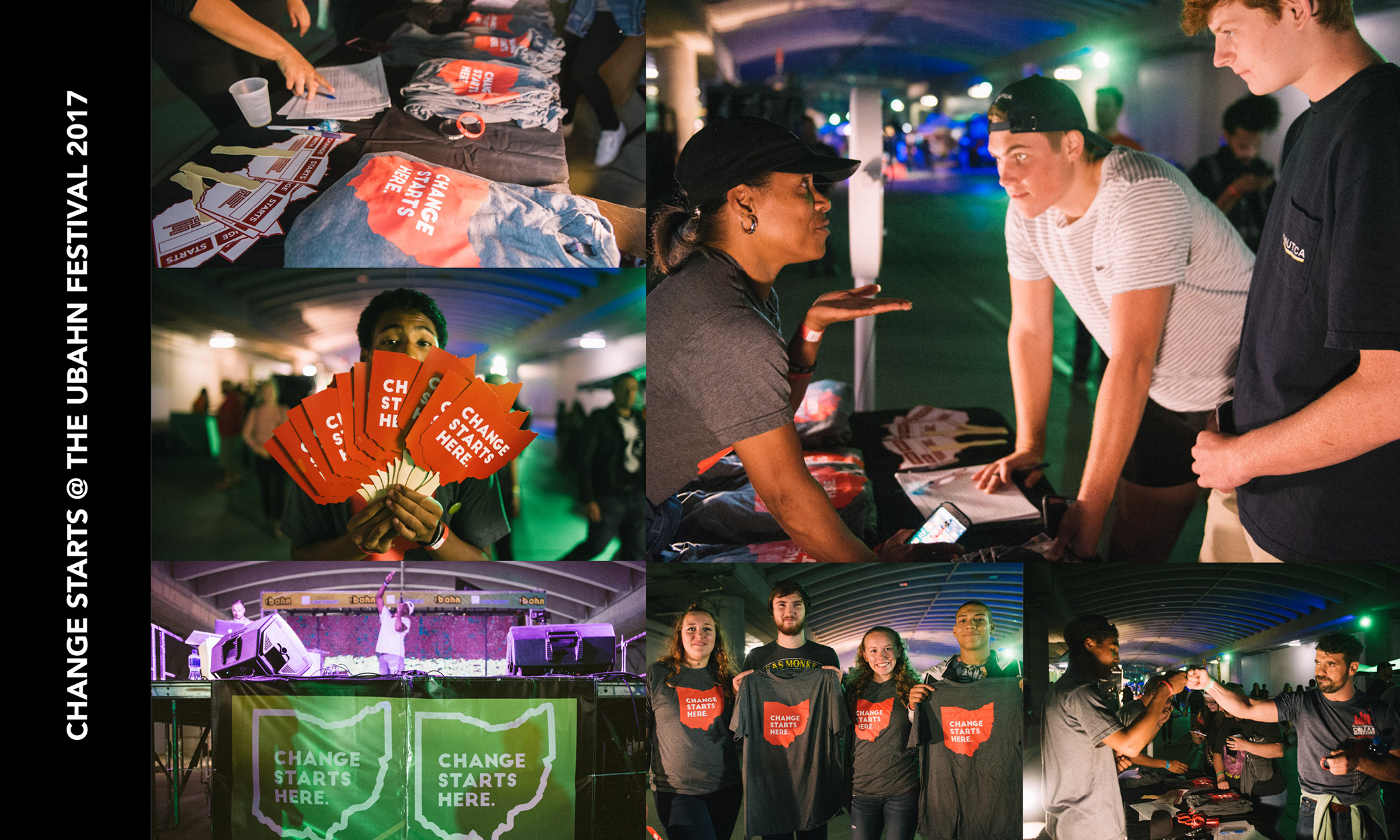