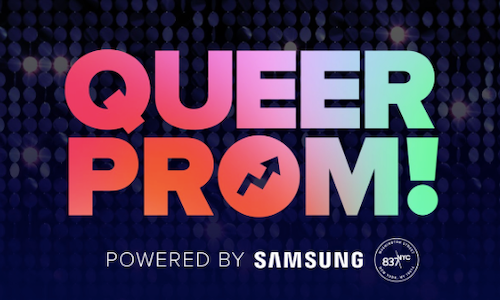 For many LGBTQ+ high school students, the anxiety of attending their own prom can ruin an experience that has become an important milestone for young adults. Many proms have failed to be inclusive of LGBT youth. In response to the lack of inclusion in this space, BuzzFeed teamed up with Samsung for the second-annual Queer Prom, which gave a night of pure bliss and acceptance to over 200 LGBTQ+ students.

Through Queer Prom, BuzzFeed extends their identity based content into real life, aiming to create cultural impact by cultivating a safe, affirming space to empower youth of all gender identities and sexual orientations, and provide the LGBTQ+ community with an opportunity to come together for the prom they've always dreamed of.

BuzzFeed's experiential team partnered with Samsung to produce the event, hosted by two of BuzzFeed's most prominent queer personalities, Curly Velasquez and Jazzmyne Jay Robbins, at Samsung's first-of-its-kind technology and cultural destination in the heart of New York City's Meatpacking District, Samsung 837. Thousands of LGBTQ+ students from across the country submitted stories for a chance to be part of the official Prom Court and attend Queer Prom.

Over 200 students from across the LGBTQ community attended the 2018 Queer Prom. Five high school students from across the country were flown to New York to be part of the official Queer Prom Prom Court. They also starred in BuzzFeed's accompanying three-part video series, where viewers can closely follow their prom journey as they receive makeovers, take part in the official "Prom Kween" crowning ceremony, and dance the night away.

In addition to the support of more than 100 BuzzFeed employees who had hands in organizing Queer Prom, this year's bash was supported by GLAAD, a nonprofit organization rewriting the script for LGBTQ acceptance. GLAAD integrated with their #ampyourgvoice campaign, encouraging attendees to influence LGBTQ legislation by pledging to vote in the upcoming midterm election.

The night was filled with Samsung-powered activiations and special guest appearances by Jay Manuel, Nico Tortorella, drag queens from RuPaul's Drag Race and others, with performances by queer performers, Mary Lambert and Starley.

Queer Prom attendees walked away feeling celebrated and seen. A student on the court said, "I've gained confidence, passion and a great big smile from ear to ear all because of [Queer Prom}. I never thought this sense of community was even possible...You've created a stepping stool for future generations to speak freely about our identity and be who we are meant to be."

The event and accompanying video series, which to date has garnered more than 1.5M views across Facebook and YouTube, struck a chord in the nationwide LGBTQ youth community. Thousands of comments from young people, parents and fans expressed their excitement and support of our initiative to celebrate their stories and elevate their voices. 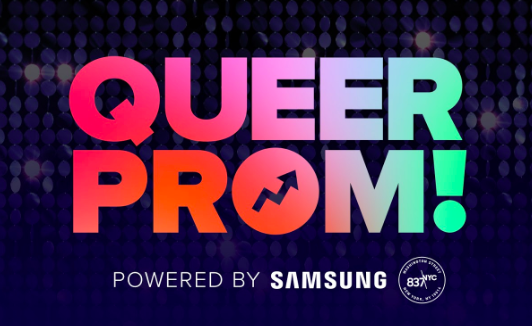