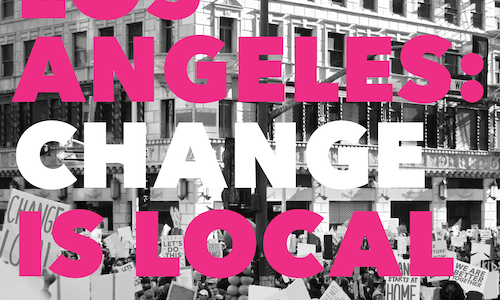 From economic inequality to environmental degradation, every global civic challenge exists in Los Angeles. Fortunately, Los Angeles hosts a vibrant community of innovators crafting solutions to tackle these issues. At the Goldhirsh Foundation, we believe that these and all Angelenos should be stewards of LA's future.

An initiative of the Goldhirsh Foundation, LA2050 drives and tracks progress toward a shared vision for the future of Los Angeles. Via data collection, community activations, and grantmaking, LA2050 has created - with Angelenos and for Angelenos- a series of goals and metrics that monitor the region's progress. These goals are making LA the best place to learn, create, play, connect and live.

LA2050 taps into community input and advances these goals through the My LA2050 Activation Challenge ("My LA2050"), an online, crowdsourced grants competition that asks organizations how they would activate 100,000 Angelenos to participate in creating real, local change. Angelenos vote online for the best ideas, thereby determining who receives grants from the $1,000,000 competition.

Since its inception in 2013, My LA2050 has granted $5,000,000 and has secured $1,800,000 in additional funding from philanthropic partners. The campaign has engaged more than 300,000 Angelenos in civic dialogue and crowdsourced 1300+ creative ideas to shape local communities. My LA2050 has facilitated media exposure for these game-changing proposals and has rallied citizens around these projects for collective civic action. We continue to build a union of inspired Angelenos and to knit an inclusive civic fabric.

Like a venture capital firm for social good, The Goldhirsh Foundation takes risks on promising ideas and deploys capital in creative ways. For instance, we provide seed capital to launch new solutions in the social impact space, expansion capital to help organizations bring proven solutions from across the country to Los Angeles, and civic capital to develop innovative policies and programs within government.

My LA2050 has democratized the philanthropic playing field. Traditionally, grantmaking is limited to a small number of decision-makers in an opaque process with a long vetting cycle. Through crowdsourcing and voting, My LA2050 let input from 65,000+ votes dictate its deployment of capital. By offering a public, open platform for voting within a quick time frame, My LA2050 expedited the grantmaking process in an inclusive, responsive way.

My LA2050 has also sparked new ideas about how to engage a community digitally. This year, submitters were encouraged to consider the various methods of civically engaging communities - from policy advocacy, volunteering, consumer-driven efforts (e.g., buycotts), and digital activism, to the creation and implementation of new technology that drives engagement. This type of sustained digital activism is essential given the lower than average voter turnout rates we've seen in elections nationally, particularly in Los Angeles.

Our research shows that people equate voting in a crowdsourced campaign like My LA2050 with civic participation comparable to voting in a public election. We wanted to capitalize on this. In a time when citizens yearned to get involved in local issues but didn't know where to go between elections, My LA2050 filled this gap. Recognizing the importance of emerging digital tools, platforms, and social media networks, we designed and built an online platform that stimulated a wave of civic idealism.

LA2050's emphasis on design, digital content, affinity marketing and branding pushed applicants to take creative risks that built new skill sets, as well as digital assets that they could repurpose. My LA2050 applicants were encouraged to create video content and to employ guerilla marketing tactics to promote their projects. Our winners explain the impact of their work via blog posts that they can reuse to market their work, a format different from foundations' traditional grant reports that only a few people see. My LA2050 offered an opportunity for professional experimentation and risk-taking in an industry that does not typically emphasize these traits.

My LA2050 has been cited as an optimistic civic engagement campaign that responds dynamically and appropriately to Angelenos - the constituency it seeks to support. My LA2050 was the first and only campaign in LA that put grantmaking power into the people's hands and that included government and private sector organizations as grant recipients; it is rare in philanthropy to invest outside the scope of only nonprofits. As a result of this collective approach, LA2050's platform has broadened access to participants within the social innovation space.

Making people part of the decision-making process had implications beyond just granting to "popular" organizations with an ability to garner a large number of votes. We received an influx of submissions related to national topics - the housing crisis and homelessness, gun control, refugees - issue areas we hadn't seen represented in years past. Angelenos made it clear that these are areas of dire necessity at this moment. It is no surprise, then, that tens of thousands of votes were cast for winning proposals like The Brady Center's local gun control campaign and Miry's List, a start-up, volunteer-based organization that welcomes refugee families into local neighborhoods. 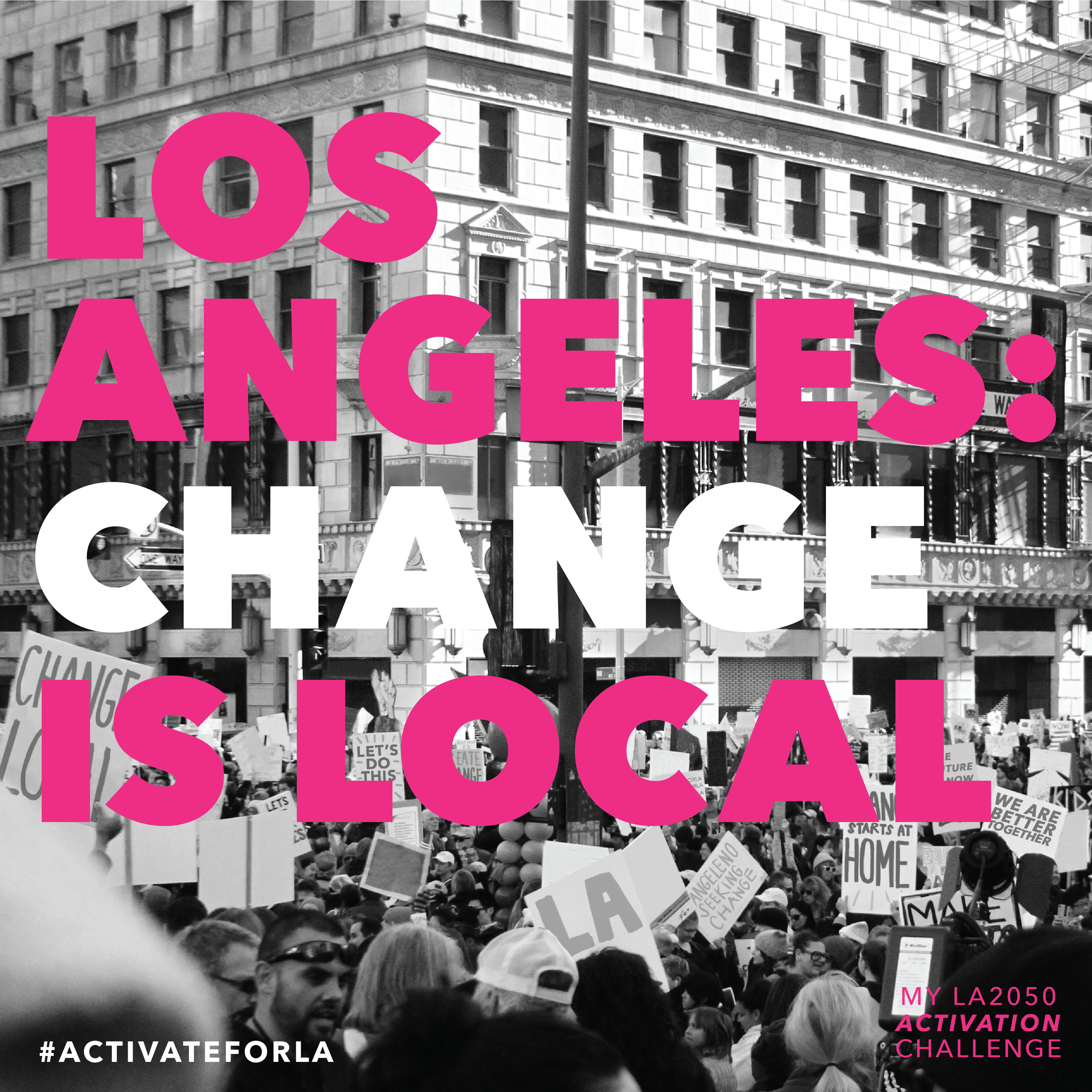 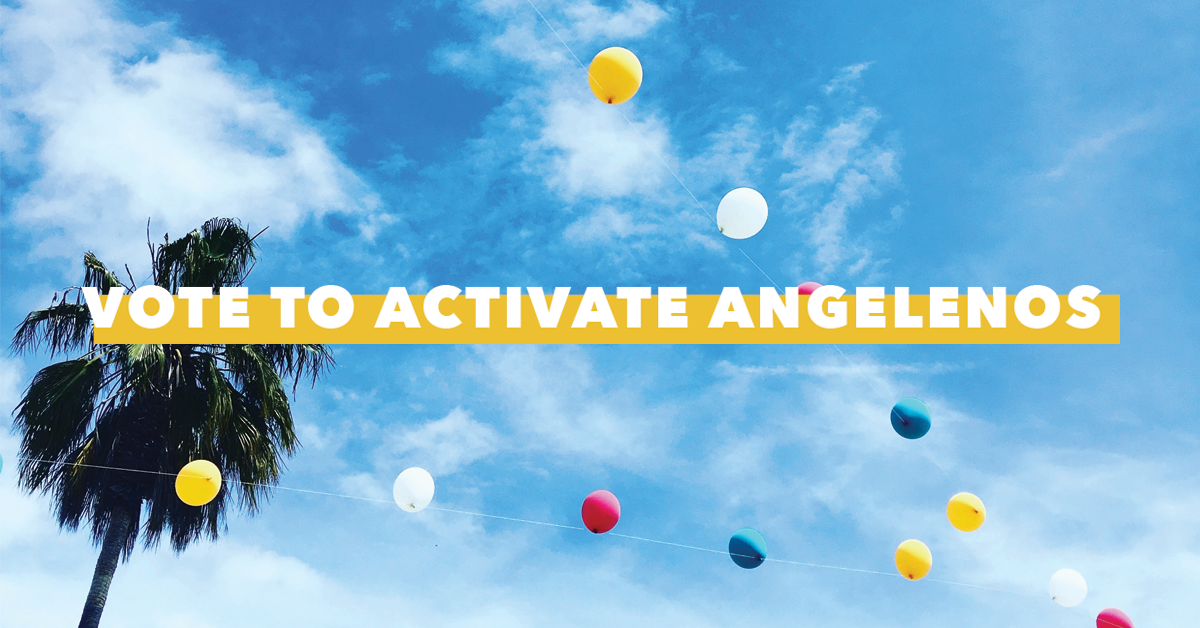 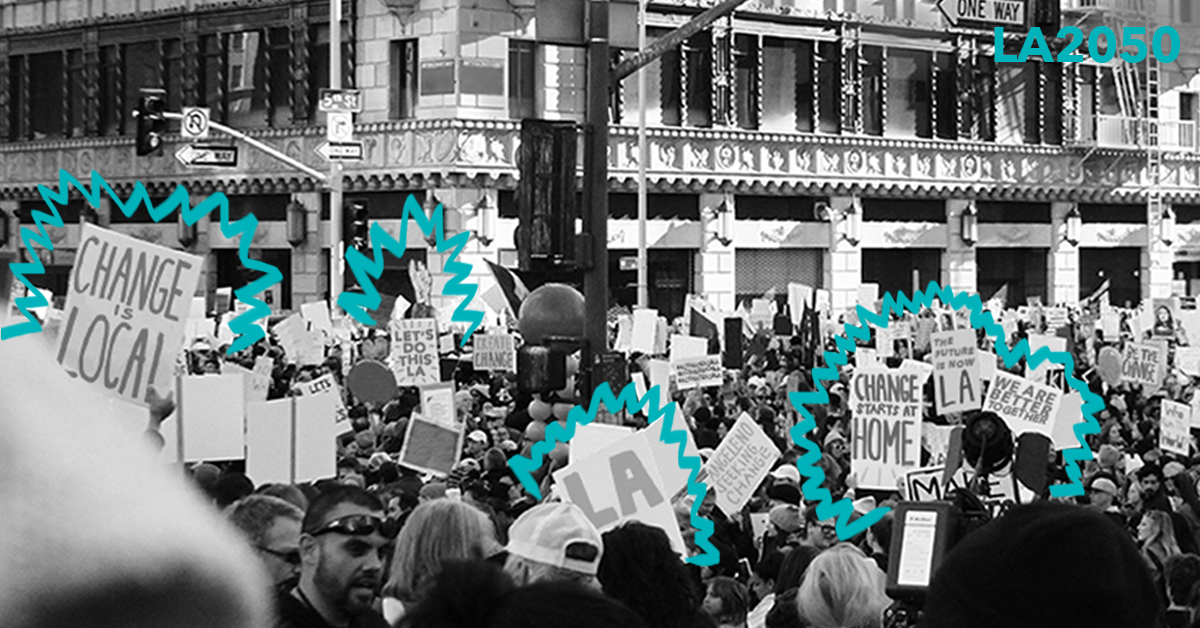 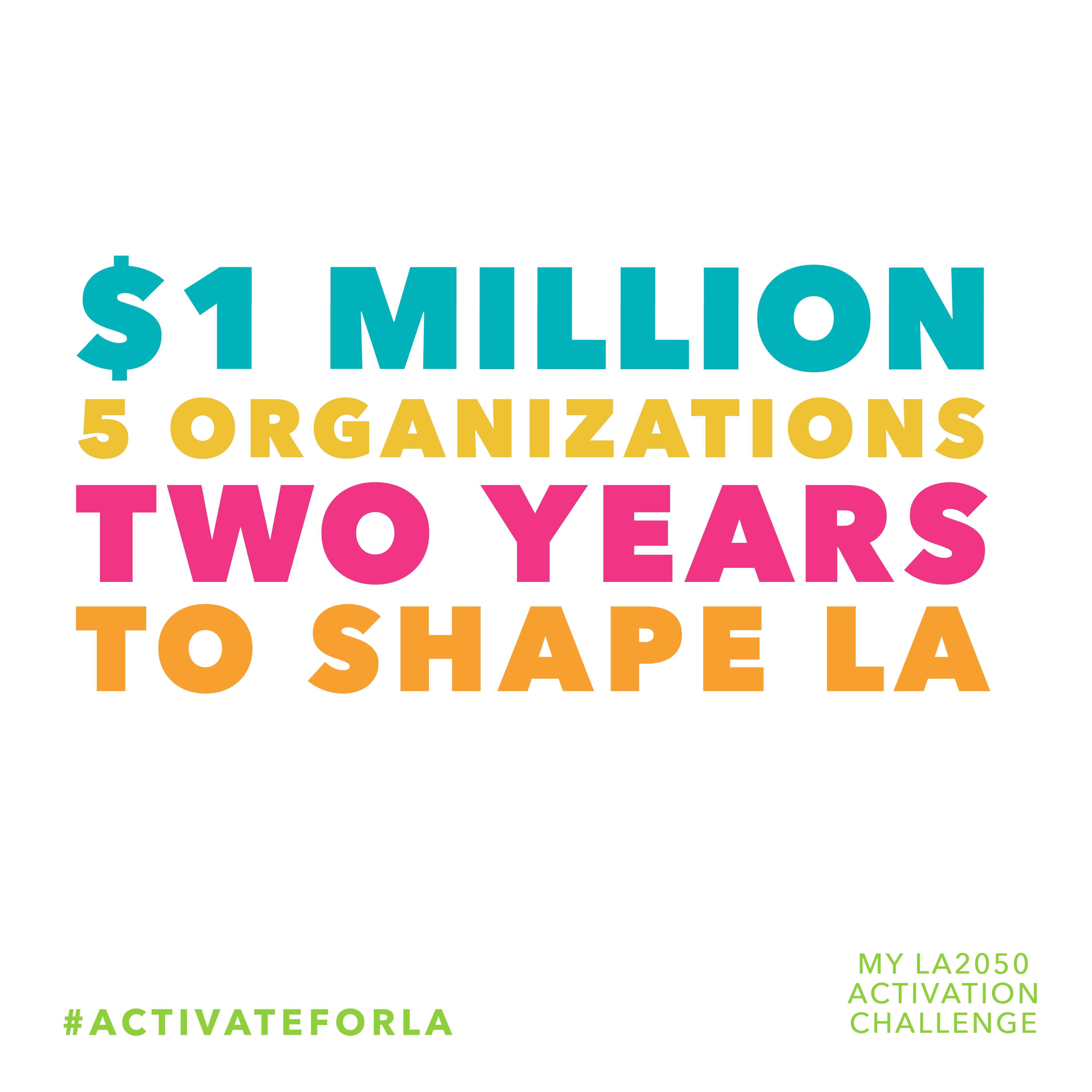