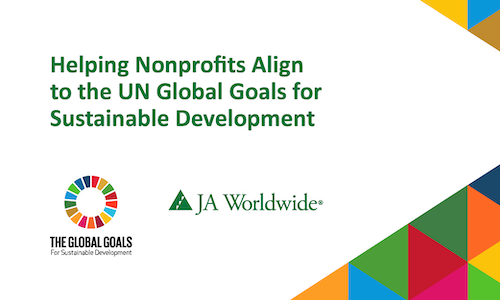 As a global NGO that prepares more than 10 million young people each year for employment and entrepreneurship, JA Worldwide takes an unusual approach to social media: Although we do sometimes aim to reach large audiences through contests, heart-tugging videos, or viral posts, we frequently leverage social media to reach a chosen few: education policymakers; heads of state and their ministers, leaders of foundations and corporations; and influencers in the education and entrepreneurship spaces.

These relationships with influential decision makers have helped us build effective partnerships with leading foundations and corporations, government agencies, and organizations like the World Economic Forum and the European Union.

But we're also well aware that reaching ten million young people each year represents a fraction of the world's youth population, and that much work remains in order to ensure that no young person is left behind. By continuing to leverage the power of partnership and collaboration, we can close the gap between those youth we already reach, and those who haven't yet experienced the life-changing programs of Junior Achievement, INJAZ, Young Enterprise, and more of the brands in our global JA family.

Where else, then, should we position our social-media laser? Could we use social to reach the United Nations, the G20, or other venerable institutions with additional power to effect real change?

The answer came when the Varkey Foundation offered us a global stage on which to debut some creative collateral of our choosing.

But there was a catch.

With the power to end poverty, build financial and career resilience, and prepare for the jobs of the future, the 17 United Nations Global Goals for Sustainable Development (also known as the SDGs) aim to make a better world by 2030. Guided by these goals, governments, businesses, NGOs, and the general public have a unique opportunity to align our collective work.

Offered the opportunity by the Varkey Foundation to launch "something" at the March 2018 Global Education & Skills Forum (GESF), JA Worldwide embarked on a project to help NGOs move from thinking of the Global Goals in broad strokes to identifying specifically how their work addresses one of more of the 169 targets, and how they can communicate their impact in term of the goals.

The challenge? We didn't have much time. It was already late December, and the material, which was still only a vision in our heads, needed to be completed by early March. But who needs holidays, weekends, or sleep? Knowing we had less than ten weeks, a two-person team at JA Worldwide—supported by dozens more who brainstormed, proofread, and lent their expertise—decided to create a website, a how-to video featuring global SDG thought leaders, and a downloadable booklet for the less digital savvy among our audience. All would demonstrate the practical side of the Global Goals, with clear examples of how they can be achieved by ordinary individuals and humble nonprofits all over the world. And we would leverage this content through the social reach of the Varkey Foundation, GESF attendees, and our two-million-strong JA social-media network.

We researched, we wrote, we designed, we scheduled interviews with one of the world's leading experts on the Global Goals—Lord Michael Hastings—and with other SDG thought leaders, we produced, we edited, and we finalized. The result was a compact overview of how JA alumni are aligning to the Global Goals, a how-to video on how other NGOs can get started, and a bonus video of Lord Hastings reminding us of the plight of nearly 70 million refugees the world over.

In March 2018, the small team at JA Worldwide completed the website, video, and downloadable booklet with minutes to spare, as the GESF was kicking off. Our work was then presented to one of the largest educational audiences in the world, both in person and on social media, and quickly spread to those we were aiming to reach.

We weren't going for numbers. We're already one of the largest youth-serving NGOs in the world with a global social-media audience of over two million fans and followers. Instead, we would measure our success by how many global partners took notice.

How did we do?

1) Right after launching the Global Goals campaign, we were asked to write a policy paper for G20 education ministers about education and the future of work. We gladly accepted, and the paper was distributed in August 2018 at the G20 Summit to the top educational representatives of 47 countries.

2) In September 2018, the United Nations invited JA to an exclusive panel on partnerships that kicked off Global Goals Week 2018.

Of course, this is just the beginning for us. We're excited to keep spreading the gospel of the Global Goals and the idea that everyone has the ability to change the world, one goal and one target at a time. 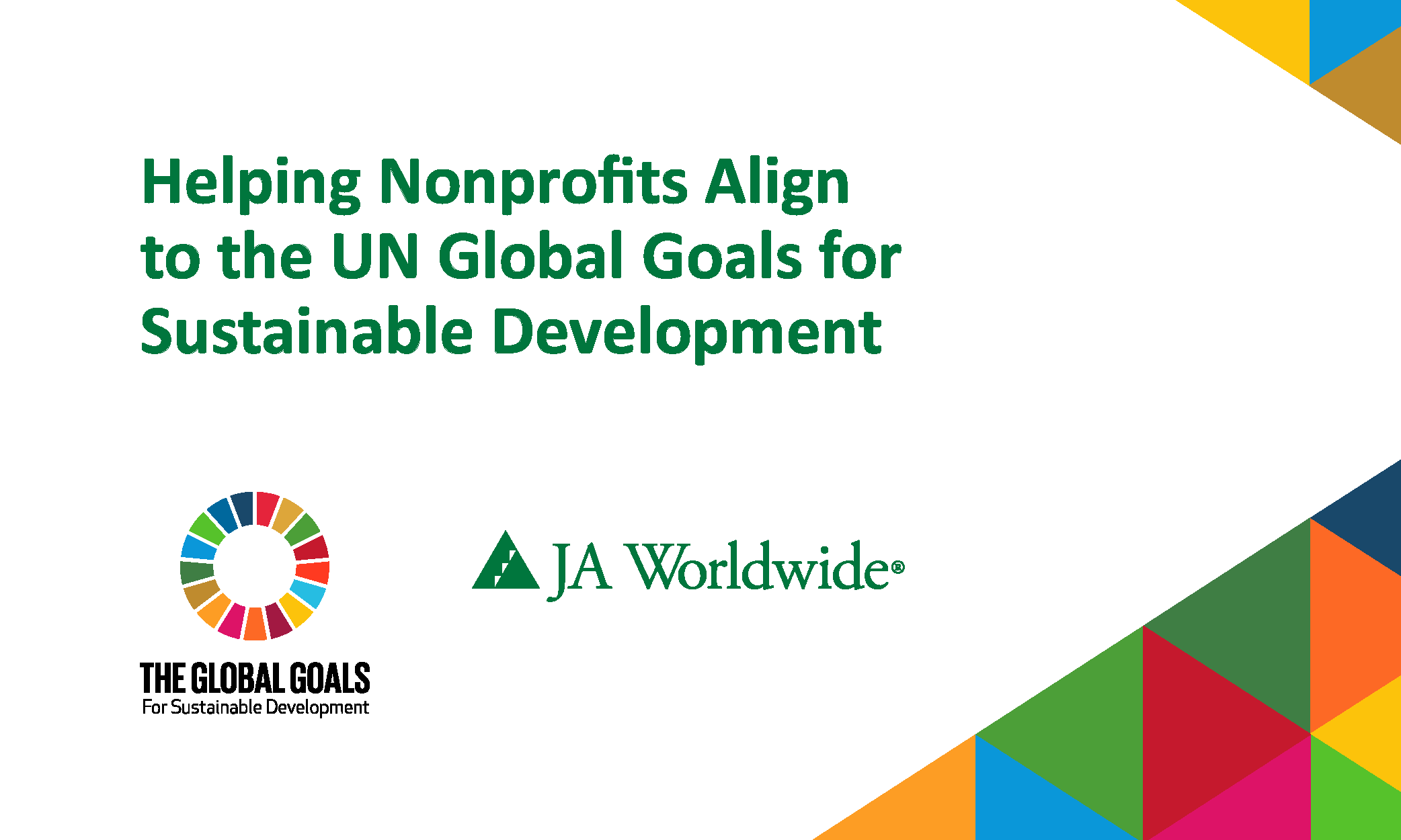