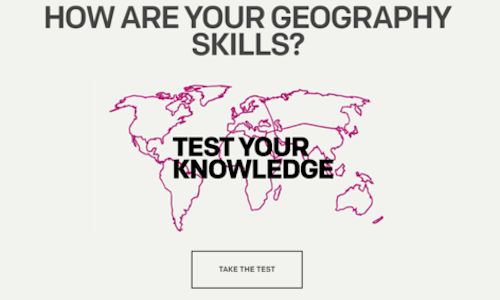 130 million girls worldwide are denied an education for a variety of reasons, from cultural norms and costs, to violence and extremism. The result is that these 130 million girls don't have a fair chance to live a decent and productive life, and the entire world misses out by not benefiting from their potential. Over the past year, ONE has used the firepower of our Poverty is Sexist campaign (which focuses on the disproportionate impacts of poverty on women and girls in the poorest countries) to draw attention to this crisis and mobilize an active, global constituency behind it. But, to create and mobilize constituency around women and girl's education, ONE recognized a need for an accessible, engaging tool to call people for all over the world to action in supporting the Global Partnership for Education (GPE)– a funding body that has the potential to help every girl get the education she deserves.

We began with identifying the audience that we wanted to engage, our predominantly-online global ONE members, and strategizing ways that we could meet our objectives with an online tool, like a game or a quiz. We charted out indicators of success, which helped narrow our options for an engagement tool: this content had to engage users who fall into our target demographic audiences; the user should want to share their result or experience with social networks; the concept should work across cultures and languages; and the content should have a clear path to a political action, like ONE's petition for GPE.We agreed that the 9 Countries quiz (a concept created by Forward Action) met all of these requirements, so we began testing and optimizing its design and layout for maximum success. Our plans and targets were decided upon collaboratively between the project teams at ONE and Forward Action, and recorded as part of our overall project plan for our girls' education campaign.

ONE's 9 Countries Quiz is a viral geography quiz, designed and optimized to take off on social media, that to date has engaged an audience of more than 2.6 million people globally and mobilized them to take political action to help end the girls' education crisis. Our 9 Countries quiz to translates ONE's policy research on the hardest countries for a girl to get an education, which we published in a report for policy and media audiences, to a savvy and engaging piece of content that educated our members and inspired them to take political action. The quiz challenges users to test their African geography by placing nine seemingly random countries on a map. At the end, they are informed that these countries are among the worst in the world for a girl to get an education, and asked to take action by signing ONE's petition in support of the Global Partnership for Education (GPE).

While we were confident about the concept behind this quiz, its results far outpaced our target metrics. In total, more than 2.7 million people have taken it so far – at first, it went viral so quickly that it briefly crashed our web servers – leading to more than 534,000 signatures on ONE's petition in support of GPE. These numbers quickly went from online to offline, as ONE's global market teams handed in the petition numbers to their elected officials during the timeframe where these leaders were making critical decisions to pledge their country's financial contributions to GPE. This included leaders like President Macron of France and President Sall of Senegal – both of whom made ground-breaking financial contributions to GPE this year. In total, world leaders pledged more than $2.3 billion for education in the poorest countries - a major real-world win for our campaign. With nearly 70% of these petition signatures coming from our 9 Countries quiz, we know that this content didn't just educate our audiences about the girls' education crisis, it inspired them to take political action that impacted the decisions of world leaders to help stop it.

Moreover, this quiz brought in over 465,000 new ONE members – making it ONE's single greatest driver for new members, ever – who we can engage in future political actions with different campaigns. The quiz also received substantial acclaim from media, celebrities, and influencers including being shared by Canadian Actor Calum Worthy. 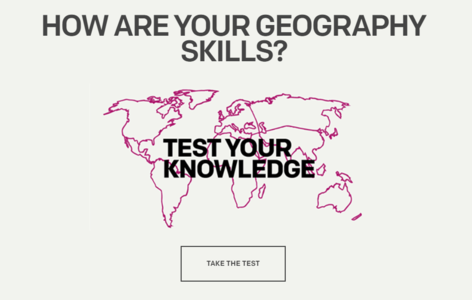