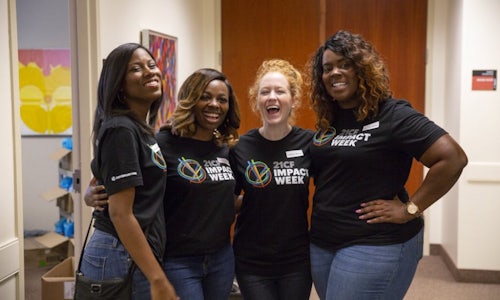 In June 2018, more than 3,000 colleagues from across 21st Century Fox businesses came together for the third annual 21CF Impact Week—seven days and nights of volunteer activities that gave back to the communities where colleagues live and work. The week of service aimed to build on the success of previous years while continuing to make a meaningful difference for local nonprofits, schools, parks, homeless communities, military servicemen and women, and more. The project's specific objectives were as follows:

1. Unite employees from all over the company in a shared effort to give back

2. Utilize 21CF's national scale to make a difference in all communities in which the company operate in the U.S.

3. Provide service opportunities in cause areas that resonate with employees' skill sets and personal values

4. Reinforce the notion that service is an integral component of 21CF's company culture

5. Strengthen personal relationships among colleagues across the business

This year's Impact Week was the third in the company's history and the second to take place across all U.S.-based business units. 21CF piloted the program in 2016 in New York, Los Angeles, Phoenix, and St. Louis, and took the project nationally across the US in 2017. Impact Week is currently expanding to 21CF offices in Latin America, Europe, Africa, and Asia this fall.

21CF set the following strategy to ensure the week of service had maximum impact:

1. Provide service opportunities for 21CF employees no matter where in the U.S. they are based

3. Allow colleagues to put their specialized expertise to use in service of their communities

4. Collaborate with dedicated project managers at the local level to craft the best service opportunities for their team's interests and abilities

5. Encourage colleagues to share their volunteer experiences on social media to further publicize 21CF Impact Week and inspire those around them to get involved

21CF colleagues organized a total of 115 service projects in 25 U.S. cities, drawing on colleagues' unique skills and talents. Highlights from these projects include:

* Charlotte, NC: With nearly 140 hours devoted to volunteering over the course of Impact Week, Fox colleagues in Charlotte addressed some of the most pressing issues facing their community, including food scarcity and chronic disease. Their hard work contributed to the preparation of 1000 backpacks filled with food, as well as the assembly of 300 educational packets on health.

* Houston, TX: Fox colleagues at The Woodlands and KRIV/KTXH FOX 26 impacted over 8,000 individuals by helping over 115 cats and dogs get adopted, hosting a workshop to assist veterans in their transition to civilian life, and donating and packing food items for the Montgomery County Food Bank.

* Los Angeles, CA: 21CF's dedicated volunteer engagement team in LA, FoxGives, collaborated with 53 non-profit organizations to bring "The Good Fair" to the Fox campus, host a community movie night, build affordable housing with Habitat for Humanity, and decorate much-needed shoes for local students. The week ended with the LA Pride Parade, in which colleagues and talent marched in support of their support for the LGBTQ+ community alongside the cast of FX's groundbreaking show "Pose".

* Washington, D.C.: National Geographic colleagues stepped outside and kayaked to collect 1,066 pounds of trash from the Anacostia River, made dog toys out of recycled materials for the Humane Rescue Alliance, packed nearly 20,000 meals for Rise Against Hunger, and painted fence posts and barriers along the National Mall.

In just seven days, more than 3,000 21CF colleagues across 25 U.S. cities partnered with 132 nonprofit organizations to host 115 service events, a successful increase from the 99 service events that took place during last year's Impact Week. Together, they:

* Picked up 1,216 pounds of trash from rivers, parks, and other public spaces

The company estimates that these efforts helped nearly 330,000 people, a huge step toward the company's goal of making a positive impact in the lives of one million people over the calendar year 2018. To date, 7,100 colleagues have volunteered in nearly 260 events for over 13,050 hours. Impact Week will expand to 21CF's global locations in Latin America, Europe, Africa, and Asia through the fall of 2018.

21CF colleagues were inspired by their collective efforts to give back to the people and communities around them, while connecting with each other across businesses. Said one volunteer:

"I love everything that Impact Week is about. Going to the office isn't just about work; culture is also extremely important, and I take pride in Fox for prioritizing this. Being part of a company that builds a culture while giving back is why I love where I am." 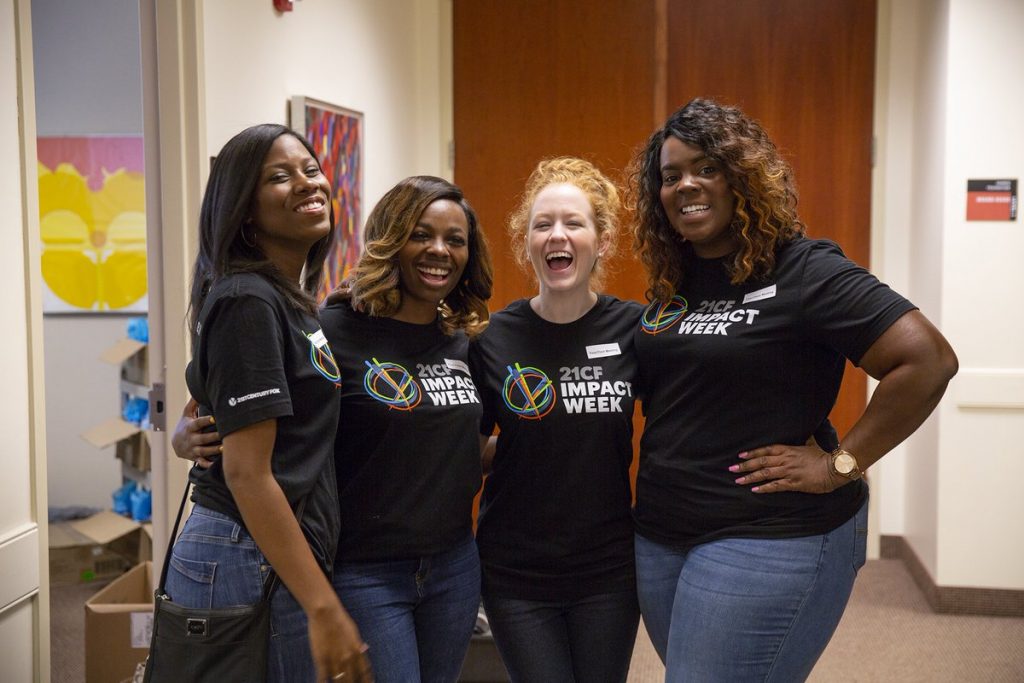