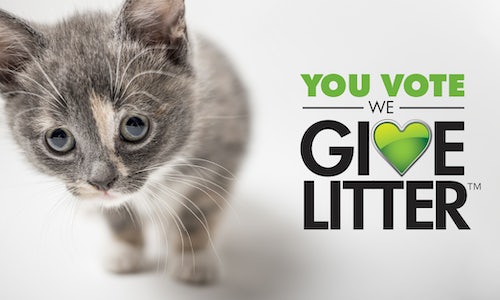 There are an estimated 3.4 million cats in animal shelters in the U.S., but even the most ardent cat lover can't adopt them all. That's why World's Best Cat Litter™, the leading natural cat litter, gives its fans a free and fun way to help shelter cats in need, at no cost to them.

Since 2010, World's Best Cat Litter™ has run GiveLitter™, a charity initiative that donates thousands of pounds of litter to animal shelters across the country.

While many people recognize that shelters rely on donations of supplies such as food and blankets, they don't often realize that these hard-working, volunteer-led organizations are often in dire need of litter. Since launching GiveLitter™, World's Best Cat Litter™ has helped do its part by donating nearly 640,000 pounds of cat litter to dozens of shelters. In 2017, the brand sought a way to inject new energy into its GiveLitter™ program, and to further engage current and potential new customers with the charitable initiative.

To get cat lovers more engaged with GiveLitter™, World's Best Cat Litter™ partnered with five animal shelters across the U.S. to share their stories, and let their fans be the ones to ultimately help them GiveLitter™. Consumers were asked to vote online for their favorite shelter partner to receive a donation from World's Best Cat Litter™ on a dedicated landing page with information on each shelter. Four voting rounds will take place this year, with the third having just wrapped at the end of August. Throughout each round, every shelter must receive at least 5,000 votes to get 5,000 pounds of litter, and the shelter with the most votes at the end of each month-long voting round receives an additional bonus pot of litter.

Fans are able to vote once a day, every day for every 30-day round of GiveLitter™. Each of the five participating shelters and their adoptable cats are regularly highlighted on the World's Best Cat Litter™ Facebook and Twitter pages, and consumers can also learn more about the shelters on the www.givelitter.com website.

World's Best Cat Litter™ has also introduced a blog series that regularly spotlights the various GiveLitter™ shelter partners, with a focus on the heartwarming rescue stories of its very special cats. By tapping into the amazing stories that these shelters make happen every day, World's Best Cat Litter™ has generated extremely positive publicity and sentiment around the GiveLitter™ campaign and how it helps give back to the shelters that give so much to their animals.

The brand used the power of social media, as well as email messaging, to drive people to the voting page. World's Best Cat Litter™ also tapped into the robust social media networks of its shelter partners to significantly increase the reach of its effort.

The GiveLitter™ voting effort has led to 75,000 pounds of litter being donated to participating shelters thus far in 2017, in addition to the hundreds of thousands of pounds of litter World's Best Cat Litter™ has donated to other shelters through a variety of efforts over the years. Fans are highly engaged with the campaign, with each shelter going above and beyond its vote requirement in every round. GiveLitter™ has also helped raise brand awareness of World's Best Cat Litter™, increase traffic to its website and social channels, and create positive sentiment around the brand. 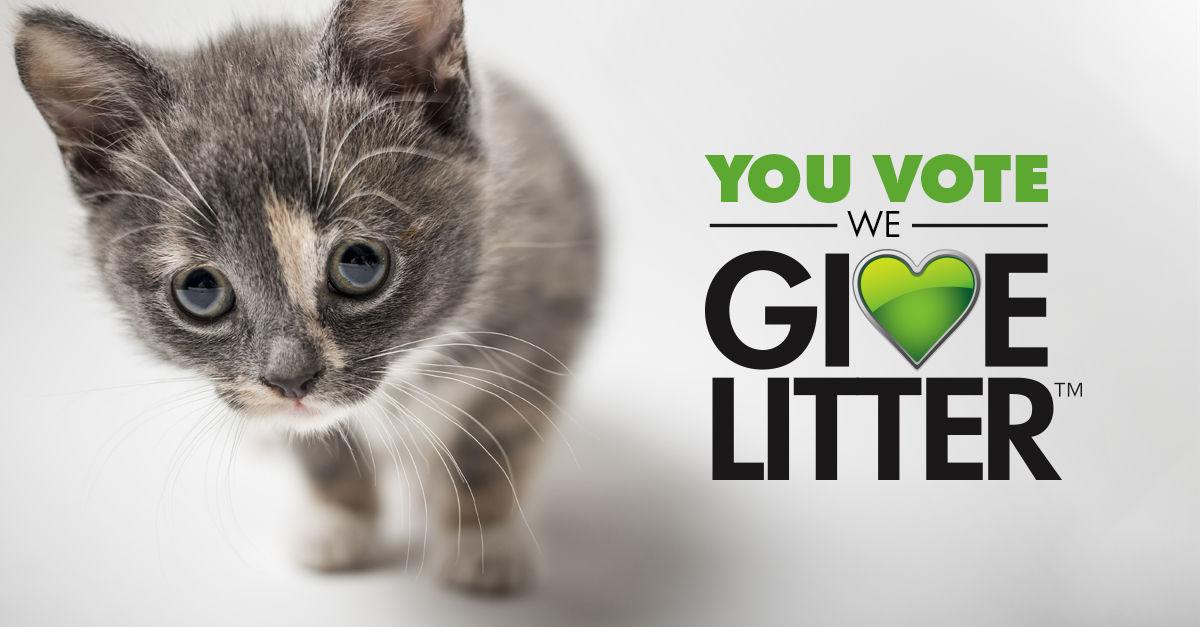