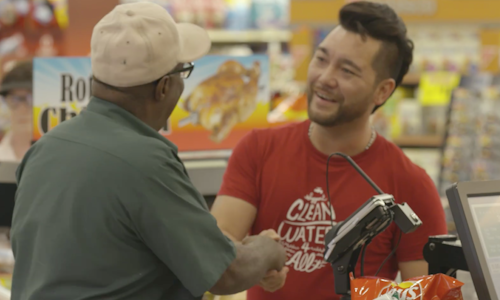 Cricket Wireless approached Upworthy in November 2016 to help drive attention to their "Something to Smile About" campaign during the holiday season. Their main objective? To shed light on how we can use technology for good. More specifically, they wanted to show how we can all use technology to make the world a better place. As experts in creating highly shareable, authentic stories that leave readers feeling uplifted and motivated to take action, Upworthy was the perfect partner to take on the task.

We used World Kindness Day on 11/13/16 as a tentpole date to create a poignant and timely editorial and video series to show examples of people using technology for random acts of kindness. The stories in the series highlighted the work of the group Fill My Basket, a volunteer-based organization that pays for people's groceries at random with the sole, selfless objective of "paying it forward." This charming, shareable story was the key to helping Cricket stand behind a story that truly gave our audience a reason to smile.

Fill My Basket collects donations through social media to pay for strangers' groceries on a random basis. And the premise is simple: The team stations their members near checkout counters at a supermarket and, when the customer least suspects it, the volunteer cuts in line to pay their entire grocery bill.

Upworthy was there to capture it all. Using guerrilla tactics and hidden cameras placed in a supermarket, our film crew captured the raw, real-time emotions of people on the receiving end of truly unique acts of kindness, something that made a material impact on their lives. Ranging from confused to surprised, gracious to joyful — and sometimes all at once — the reactions to Fill My Basket's efforts showed how just one act of empathy or kindness, no matter how simple, can make a huge difference in someone's day.

Timing was critical. The campaign launched on World Kindness Day, just days after the 2016 presidential election. The climate on social media was filled with anger, bitterness, and shock. We didn't know how this would affect engagement. Quickly, it became apparent that this was the perfect antidote to the tone of most social media conversations. The story of a stranger helping someone out — just because — showed the best side of humanity. It gained immediate traction on social media. Clearly, exposing our audience to a story of pure human decency that went beyond party lines struck a chord. People were craving stories about empathy for others and hope for the country. This campaign helped position Cricket Wireless as a brand that stands for human kindness, and the story was one of the most viewed branded Facebook videos in all of November 2016*.

The Fill My Basket branded video for Cricket Wireless earned a whopping 17.5 million views, earning the spot of one of our best performers for the month among both branded and editorial videos on the site.

Seven months later, the video continues to reach more and more people on social media. In total, it received 580,000+ social interactions (likes, shares, and comments) and 93 million social impressions, making it one of Upworthy's best-performing branded videos to date. According to Brandtale, it was the most-viewed branded video on Facebook in all of November 2016. 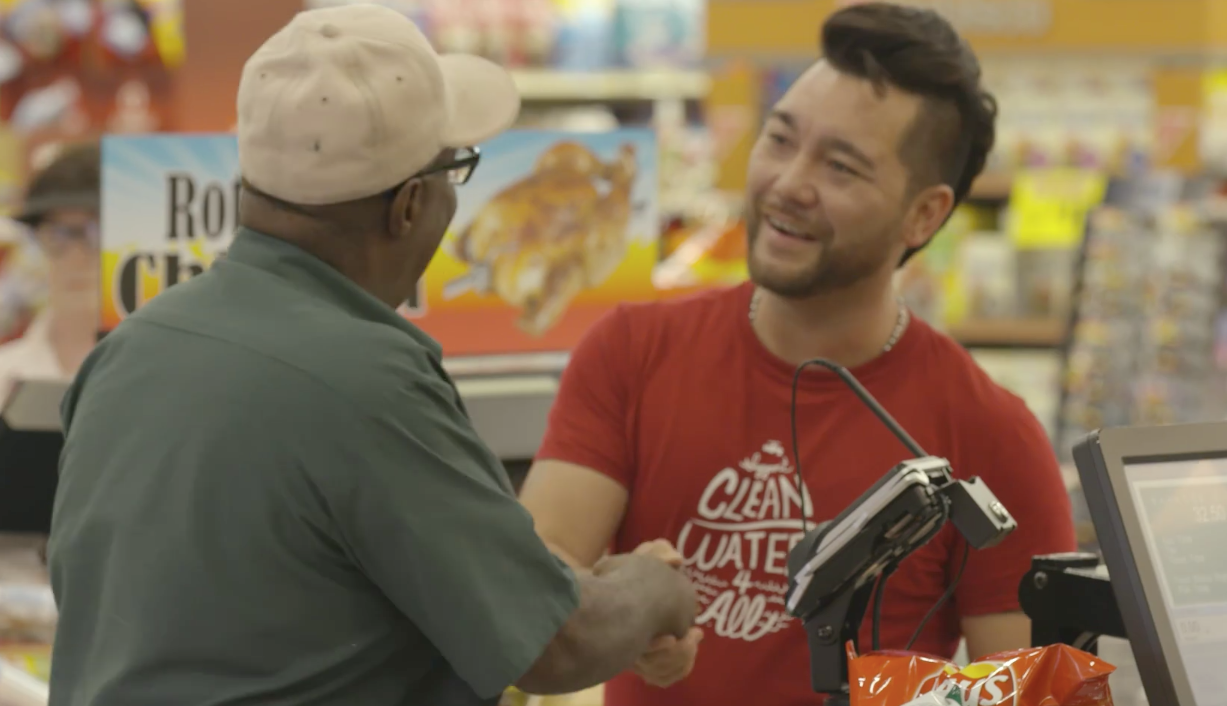