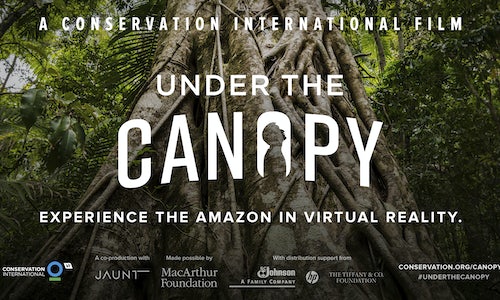 "Under the Canopy", Conservation International VR

The world's greatest rainforest is also one of its most vital life-support systems — and it is under threat. Conservation International is taking you "Under the Canopy" to experience the wonders of the Amazon rainforest and giving you the tools to take action to protect this vital resource.

Viewers travel alongside Kamanja Panashekung, a member of the Trio indigenous tribe who works to protect this essential place. In a trek through the rainforest, beneath the treetops and over rivers, Kamanja shows the many ways communities like his depend on the rainforest — but then also shows the damage from unsustainable agricultural expansion, road development and resource extraction that are destroying it at a rapid pace. The forests of Amazonia produce 20 percent of the world's breathable oxygen and store enough carbon to offer critical protection against global temperature rise.

Soar over treetops, plunge into rivers as you explore Earth's most biodiverse ecosystem -- then take action to protect it by donating to save an acre of rainforest.

"Under the Canopy" applies the power of virtual reality to highlight the vitality of the Amazon rainforest to us all. The film focuses especially on indigenous and local communities who are hit hardest by its loss. Developed by Conservation International (CI) and production partner Jaunt VR, "Under the Canopy" takes viewers through the rainforest with Kamanja Panashekung, a member of the Trio community who works to protect this essential place. Panashekung shows the many ways communities like his depend on the rainforest — but then also shows the damage from unsustainable agricultural expansion, road development and resource extraction that are destroying it at a rapid pace.

"Under the Canopy" lets viewers experience Amazonia in a way few will have the chance to do in person. Shooting at two locations 1,400 miles apart in the South Suriname Conservation Corridor and in Ecuador's Yasuní National Park, the production crew used cable-mounted Jaunt ONE 24 module cameras suspended between trees to traverse the rainforest and capture unique angles, create 200-foot tree ascents and descents and more. Combined with 3D-spatialized audio, the result is a 360-degree virtual reality experience with unusual movement — and an engaging vehicle to support conservation in the region.

To bring this important story to the masses, Conservation International took the film on the road to major events, including the Sundance Film Festival and the Environmental Film Festival.

The film, both online and at events, included a clear call to action, encouraging viewers to protect the rainforest and emphasizing that SC Johnson will be matching all gifts, acre-for-acre, up to 5,000 acres.

"Under the Canopy" received a number of celebrations in media, including IFL Science, Agence France Presse, and Wareable.

The extensive social media campaign resulted in more than 2.5 million social impressions and climbing, and protecting over 10,000 acres of rainforest protected.

Video for "Under the Canopy", Conservation International VR 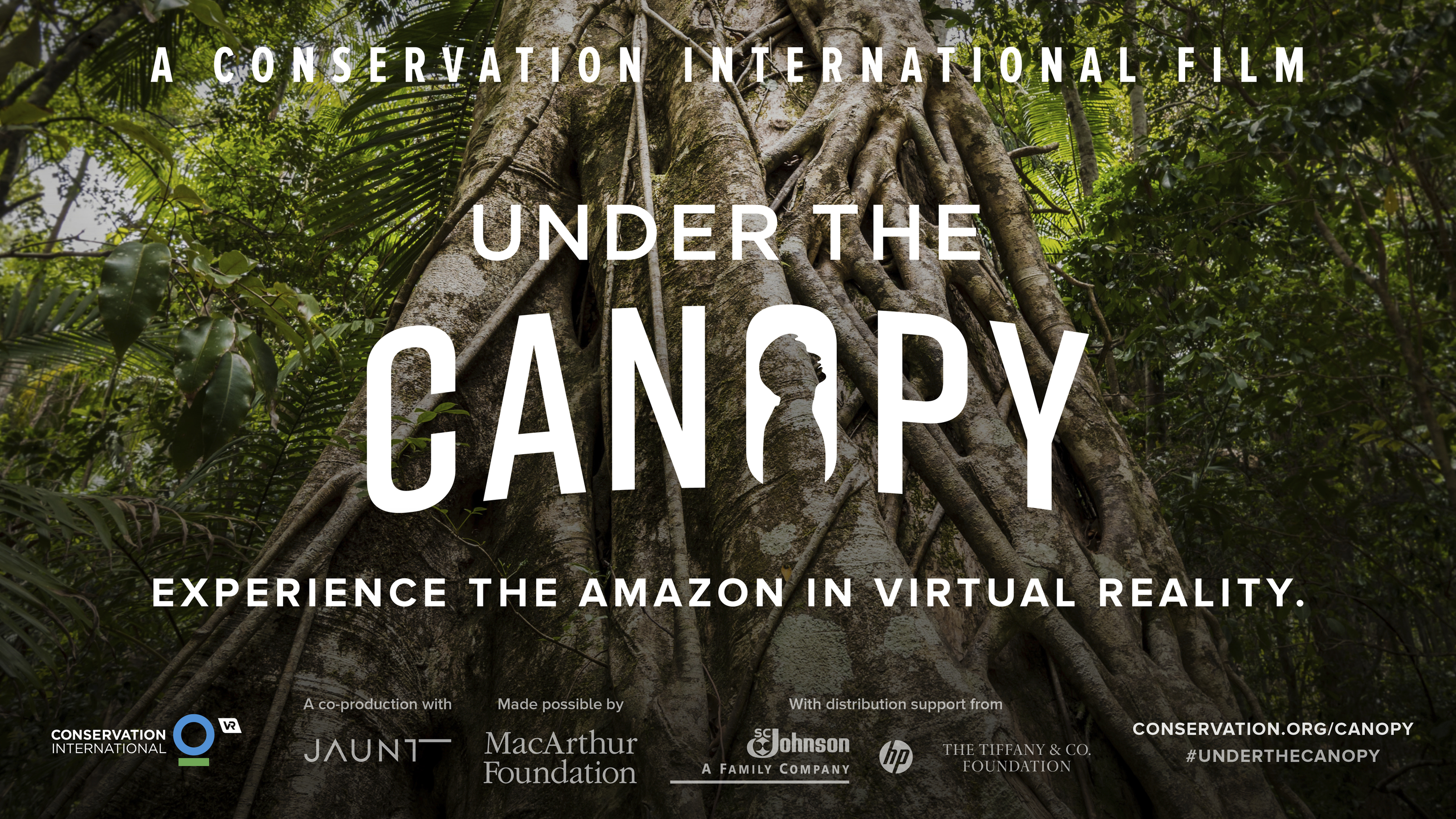