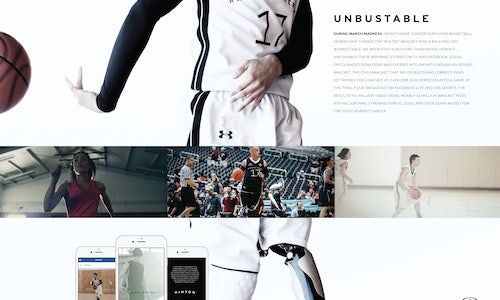 The objective of these films is to drive awareness for, and donations to, INFINITI's charitable partnership with the Coaches vs. Cancer program, a collaboration between the American Cancer Society® and the National Association of Basketball Coaches (NABC). All during one of the most popular and viewed sports events of the year: the NCAA's "March Madness" tournament.

For the last six years, automaker INFINITI has partnered with the Coaches vs. Cancer program, which empowers NCAA basketball coaches, their teams, and communities to join the fight against cancer by participating in awareness efforts, advocacy programs, and fundraising activities. Infiniti is the program's largest corporate partner. INFINITI has donated $6.1MM from 2011-2016.

In past years, INFINITI has featured an inspirational team of cancer-surviving, basketball-loving survivors named the "Hardwood Heroes." So the goal of these videos is to introduce the world to the 2017 Hardwood Heroes, tell their individual stories of courage and strength in their winning battle against cancer, and seed the notion that these survivors are all #UNBUSTABLE—that is, their will, fighting spirit and love of competition will never, ever be "busted" or broken by cancer.

In 2015, we told the stories of cancer survivors and created a powerful connection between INFINITI and the fight against cancer. We moved people, but we didn't give them enough of a reason to fill out our Round-By-Round Bracket. So, in 2016, we set out to tell the story of what our Hardwood Heroes AND our bracket had in common. We found that survivors fight like hell, but what they express isn't about triumph over cancer, it's gratitude for another chance at life. This insight also aligns with our Round-By-Round bracket and the notion that every round you get a chance to play again. Our creative set out to celebrate how INFINITI's bracket gives players and survivors a second chance.

Our live exhibition basketball game between our 2017 & 2016 Hardwood Heroes, which took place at the Final Four was broadcast on Facebook Live, featuring CBS NCAA announcers. We were one of the first brands to use Facebook Live's 'donate' function so fans could promote the cause with real-time donations during the game. We also had a live Footprint at the Final Four with our activation, Charity Stripe, where anyone visiting during championship weekend could shoot free-throws to earn further donations to fight cancer, from INFINITI. For playing, we provided participants with a digital takeaway to share (and brag about) their stats and net donations to their friends and followers on Facebook and Instagram.

The campaign received 9.4 million video views and drove over 550k Round-By-Round bracket registrations with nearly 11MM total picks. There were over 263,000 Facebook Livestreams of our Hardwood Heroes game. PLUS, INFINITI exceeded booth traffic at the Final Four with the Charity Stripe activation where fans made 2,523 free throws, which tallied another $24,785 in donations to Coaches vs. Cancer. 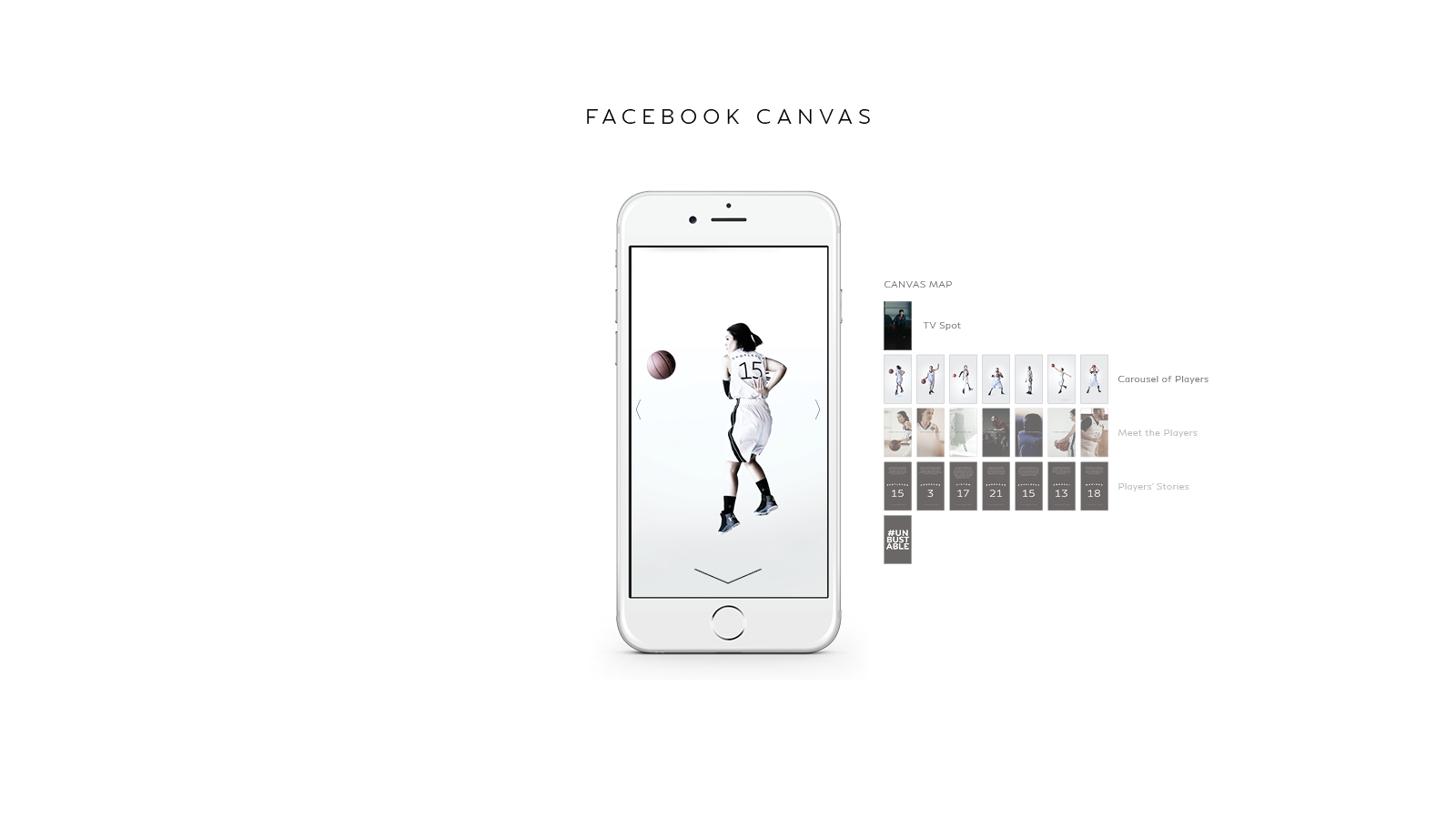 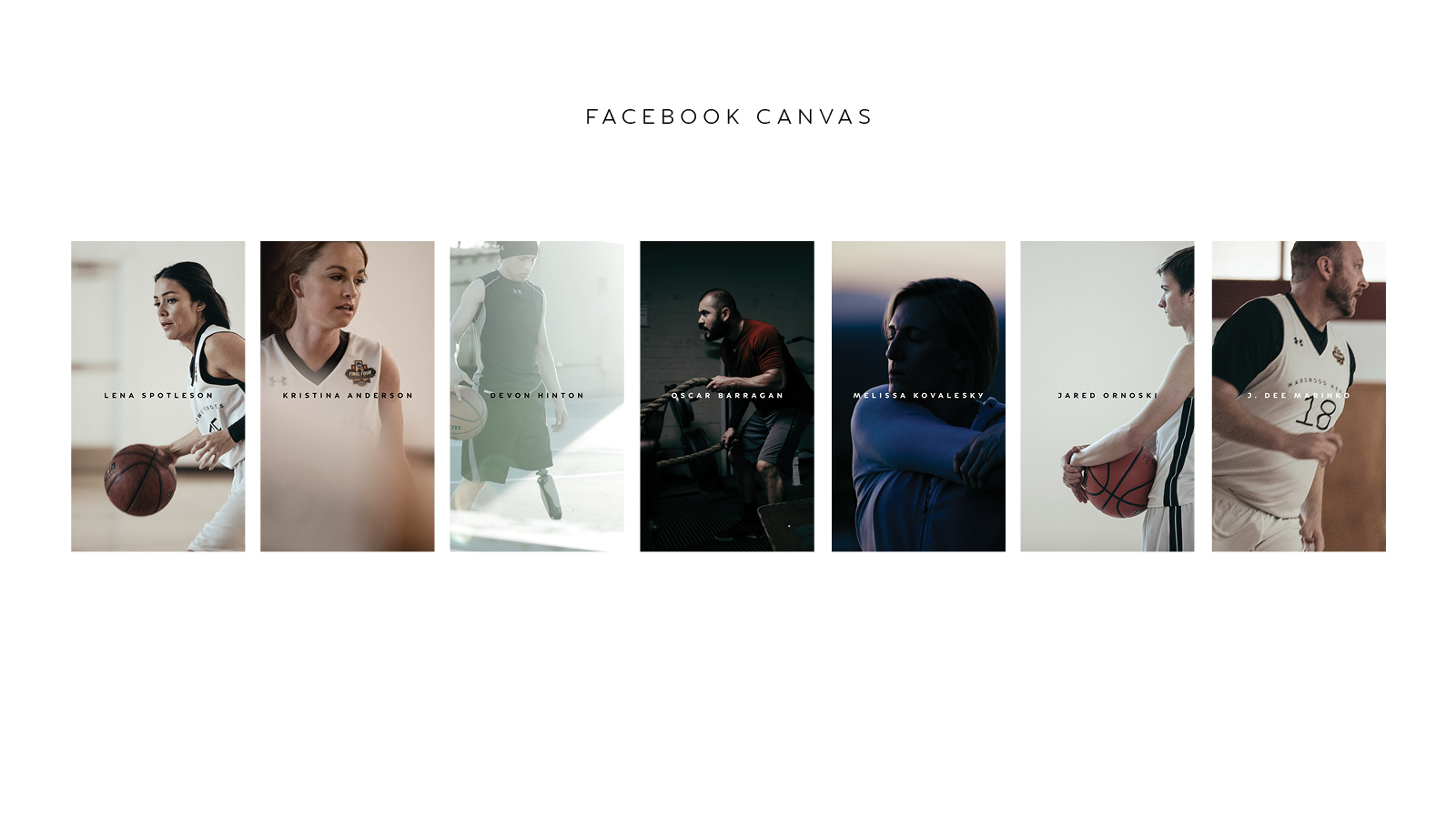 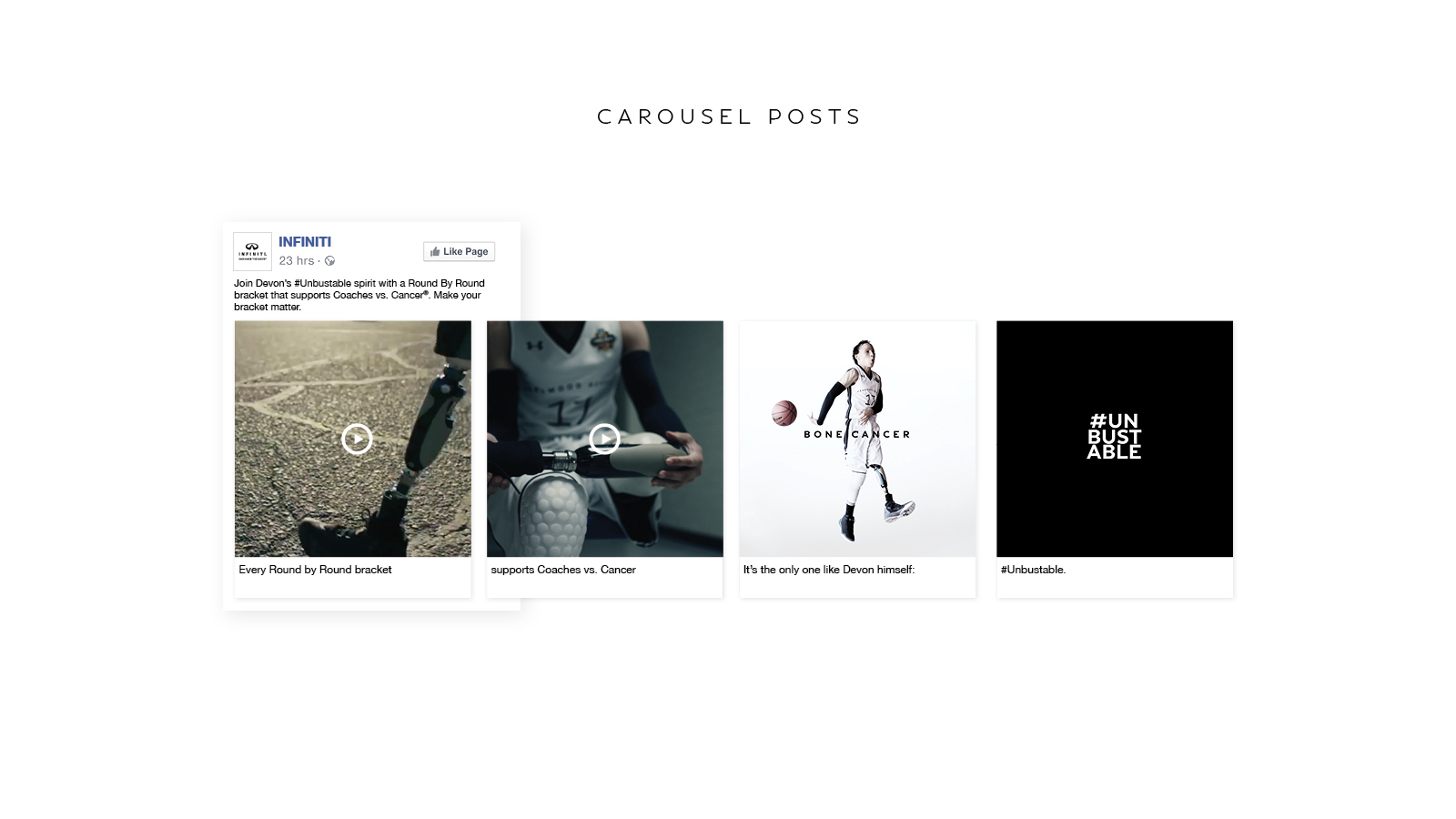 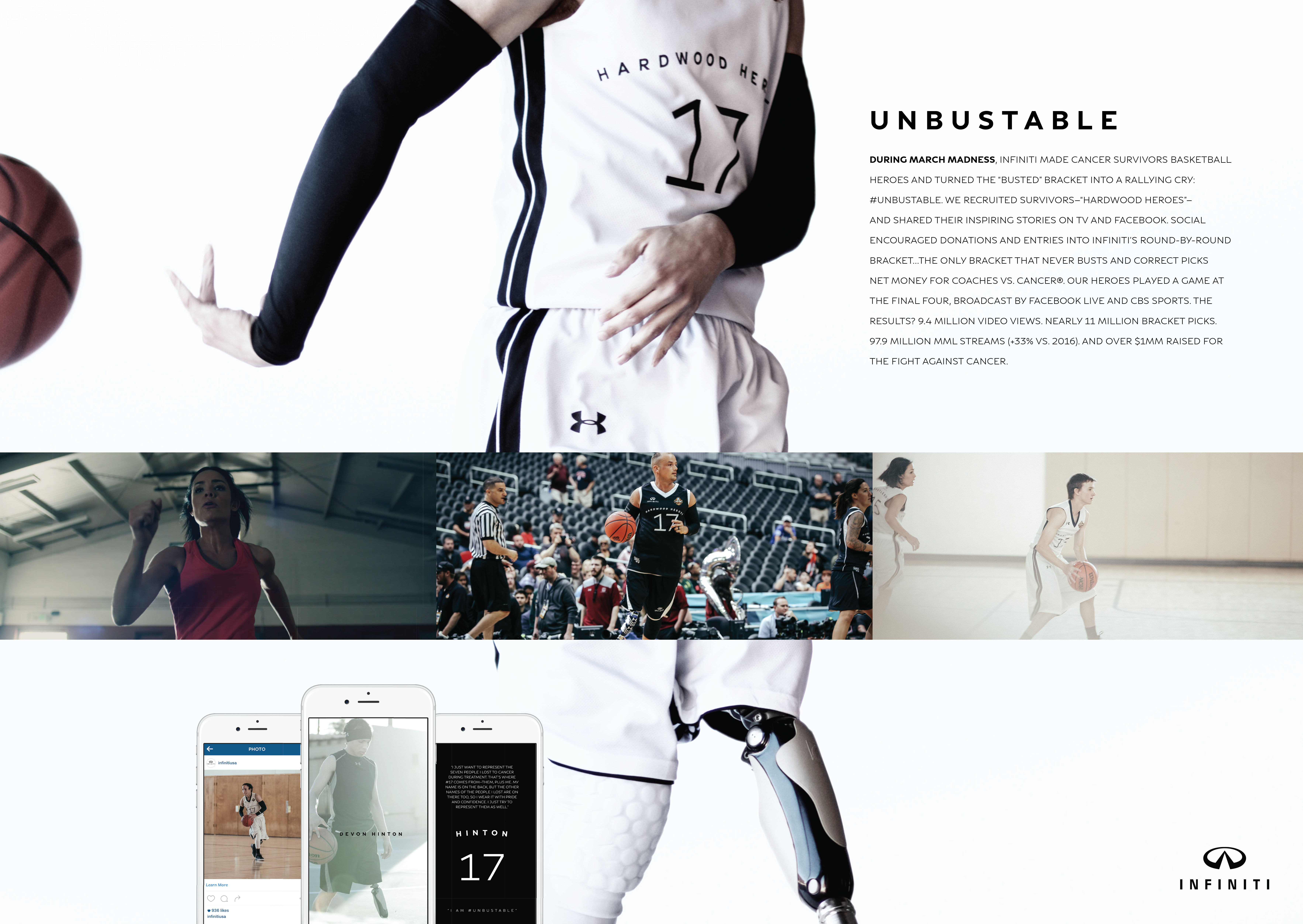 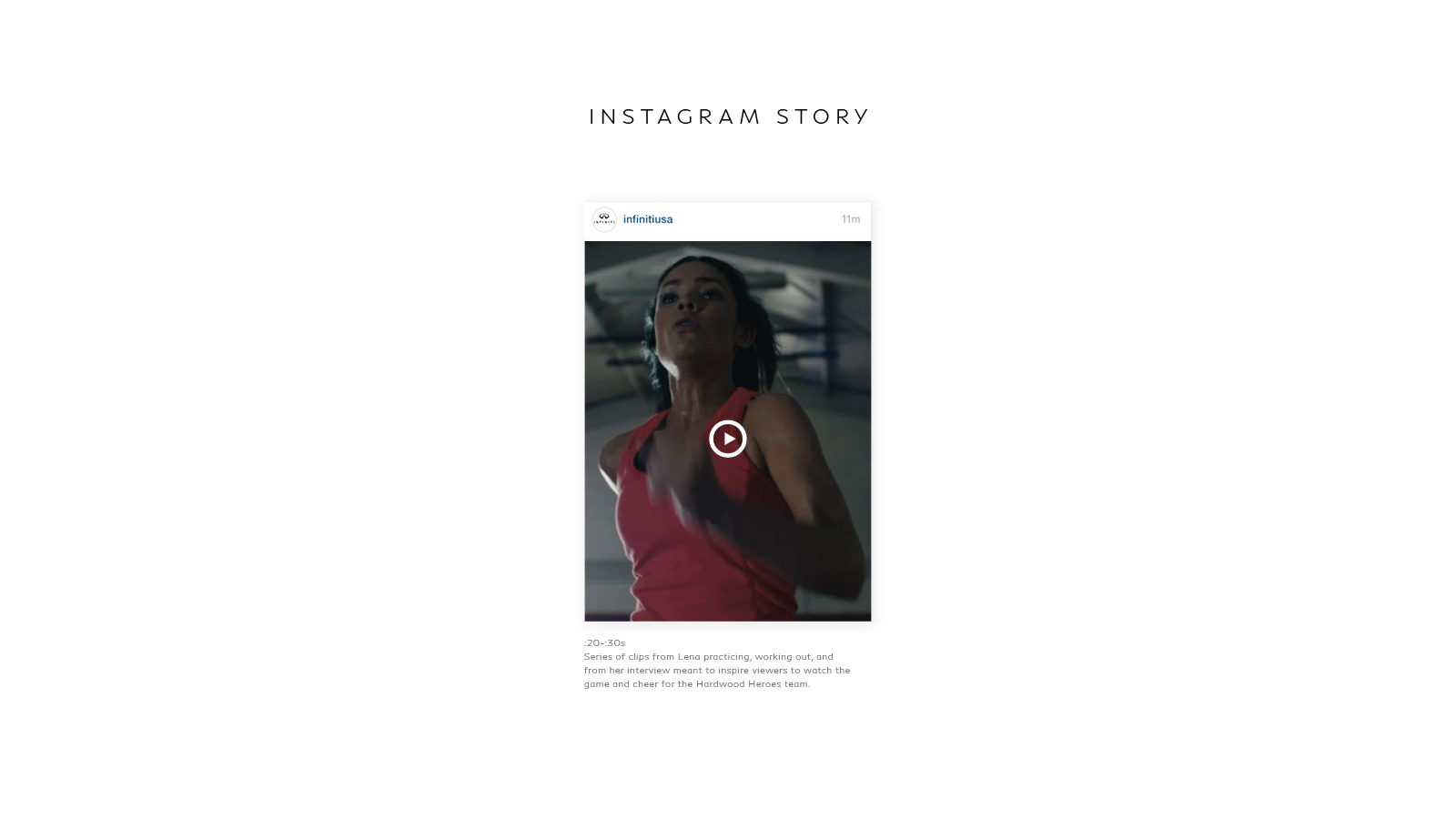