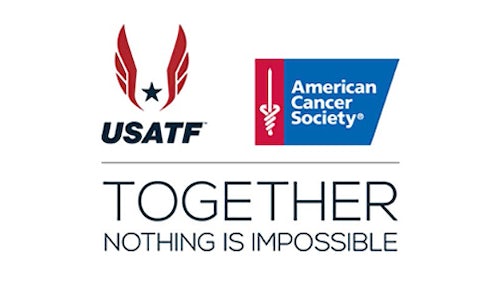 Together: Nothing is Impossible

The main objective of the "Together: Nothing is Impossible" campaign was to raise awareness for cancer research and USA Track & Field (USATF) youth programs. The donated funds would go toward targeting the prevention and early detection of cancer, prioritizing the importance of nutrition and physical activity in our youth.

The collaboration between USA Track & Field and the American Cancer Society began in December 2016 and reached its peak with an advanced fundraising effort at the IAAF World Championships, August 4-13.

USA Track & Field led the efforts to drive awareness to the partnership and #NothingIsImpossible initiative by executing a 360-degree PR and marketing campaign, in conjunction with American Cancer Society and DKC. The campaign centered around connecting fans to the cause with personal stories and encouraging engagement.

To create maximum exposure, USATF and the American Cancer Society announced the campaign launch at the USATF Outdoors Championships and called for a pledge of money for each medal Team USATF might win at the IAAF World Championships in London in August.

The team also worked with two USATF athletes, 2014 USATF indoor champion Gabe Grunewald and two-time Olympic gold medalist Christian Taylor, to air a public service announcement that debuted on NBCSN. To punctuate the message, Grunewald spoke as an athlete, a three-time cancer survivor and as a current patient. The press conference and PSA were also streamed live on USATF's digital streaming platform, USATF.tv.

Fans were directed to the dedicated NothingIsImpossible.com website through a variety of traditional and social promotions, and encouraged to pledge money via PledgeIt.

USATF and ACS wanted to create a tangible, relevant product that fans could take for free to remember the cause following their attendance at USATF Outdoor Championships, June 22-25.

USATF and ACS distributed customized "Together: Nothing Is Impossible" athlete bibs so fans and athletes could tell the world who made them want to fight against cancer. Signage was also placed throughout the stadium for exposure during the NBC broadcast. The unique giveaway connected fans to both elite racing and the importance of cancer research.

In cooperation with American Cancer Society and DKC, USATF also led a targeted media campaign to attract national attention before, during and after Outdoor Championships.

At a grassroots level, USATF distributed inspiring e-blasts to its more than 125,000 members to raise awareness for the campaign.

USATF successfully utilized both the USATF Outdoor Championships and the IAAF World Championships to generate a total of over 179M media impressions for an estimated publicity value of over $1.6M. Coverage included stories in the Associated Press, People Magazine, Sports Illustrated, VICE and many more.

In addition, USA Track & Field created a unique social media campaign to drive awareness. Through Twitter, there were more than 19M organic impressions and more than 1M engagements with the @USATF handle. During the World Championships, 18 members of Team USATF got in on the action with tweets coming from medalists Jenny Simpson, Christian Taylor, Will Claye and Joe Kovacs. On Facebook, two separate posts reached over 40K and 15K respectively.

The campaign raised thousands of dollars toward cancer research and youth programs, and reached millions to further health education.

Video for Together: Nothing is Impossible 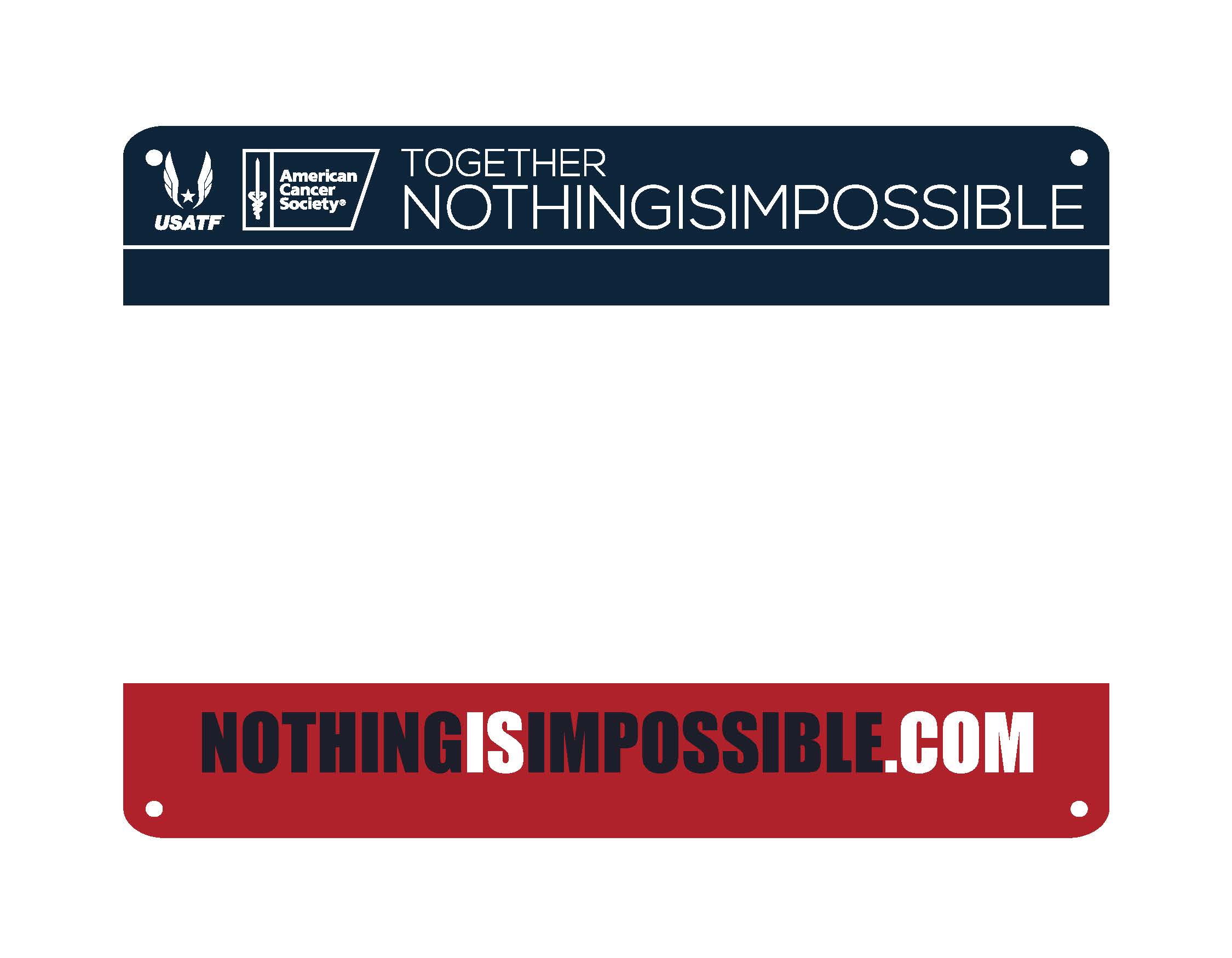 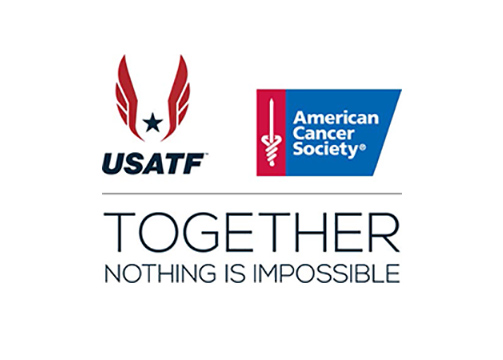 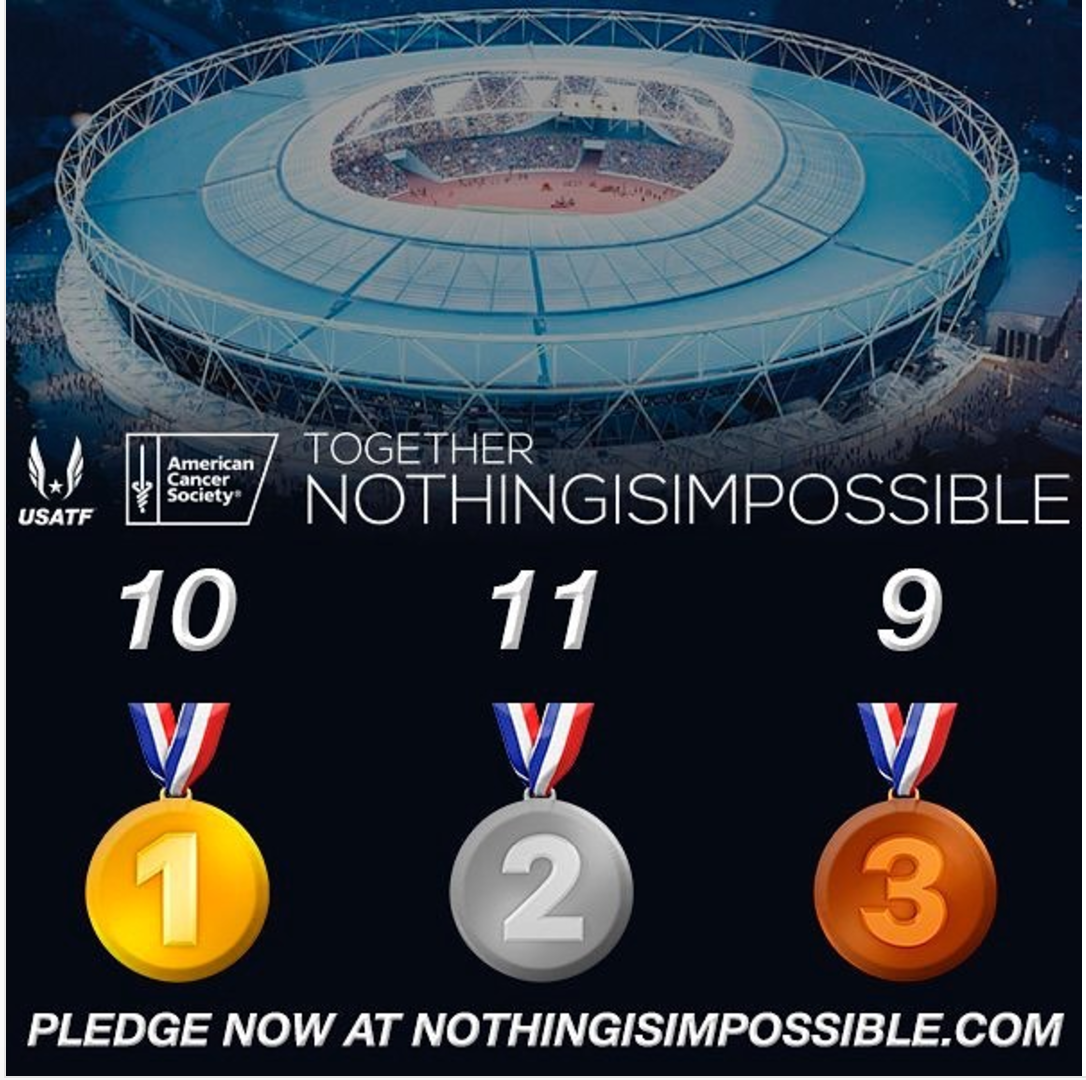