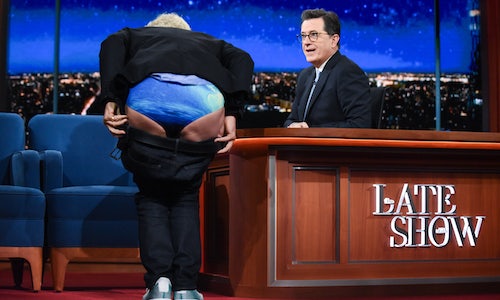 The Ocean is Everybody's Business

For the first time in history, the United Nations held a conference in New York entirely dedicated to the Ocean, from June 5th – 9th 2017.

This brought together the global community to focus on delivering Sustainable Development Goal 14 – Life Below Water, and to raise awareness of the critical role of the ocean to life on Earth.

To capitalize on this key moment, one of Virgin Unite's global leadership initiatives, called Ocean Unite, launched 'The Ocean is Everybody's Business' - a campaign designed to engage the business community and kick start a decade of action to shift the Ocean from a trajectory of decline to one of recovery.

The Ocean is Everybody's Business was centered around two primary goals:

1) To engage the business community on the role that business can and must play in ocean conservation and highlight steps businesses can take to make a difference to protect the oceans - celebrating best practices along the way.

2) To engage consumers and raise awareness on the challenges the ocean is facing, why it should matter to them, and how they and business can play a role.

Virgin Unite and Ocean Unite utilized Sir Richard Branson's voice and influence and worked with Virgin Companies and wider businesses, who used this as a platform to showcase their environmental commitments and supported the initiative in a variety of ways – from social media to events.

Virgin's purpose is Changing Business for Good: we strongly believe businesses can play a key role in tackling some of the world's most pressing social and environmental issues. This is why Richard Branson and Virgin founded the non-profit foundation Virgin Unite in 2004, to bring people together to turn challenges into opportunities and push boundaries to make business and the world better. Protecting the environment is one of the key issues that Virgin Unite tackles, and now more than ever the world's oceans are in critical need.

Virgin Unite and Ocean Unite worked closely with Richard and the Virgin companies to use this campaign as a platform to showcase Virgin companies' environmental commitments, involve Virgin staff and customers, and engage the wider business community on the issues facing the ocean and the role business can play.

Collectively, we approached the campaign through several workstreams:

Richard attended the UN conference on World Oceans Day (June 8th) as one of the keynote speakers. Virgin Unite shared Richard's speech to the General Assembly on his and Virgin's social channels to raise awareness of the conference and amplify it to a broader audience. Richard also hosted and attended several events at the UN - including a press conference where he handed over the Avaaz petition calling for 30% of the world's oceans to be protected by 2030, which had over 1 million signatures from around the world, thanks to the power of social media.

In the evening, Richard appeared on The Stephen Colbert Show - highlighting the campaign and bringing the issue to an audience of over 3 million: in a characteristically playful manner he modeled a jacket, sunglasses, shoes, and an itsy-bitsy swimsuit all made from repurposed ocean plastic - showcasing how business innovation is key to tackling the issue. Virgin companies also hosted a variety of internal events with staff to raise awareness of the campaign and encourage social posting (all whilst wearing a little maritime fancy dress!).

Collectively, we launched www.theoceaniseverybodysbusiness.org - a dedicated website with practical information and resources that detailed the issue and, critically, the 8 steps businesses can take to reduce their environmental impact on the ocean. This was a key campaign asset to drive all traffic to.

Collectively, we created an open toolkit of assets for companies to use to join the campaign (open to both Virgin and external companies). The toolkit included a specially created brand identity manual for consistent visual implementation of the campaign, exclusive videos, branded images for social, key messaging, suggested tweets and a campaign hashtag #TheOceanOurBusiness.

Collectively, we supported the Virgin companies in creating ocean-themed customer touchpoints, such as ocean cocktails at Virgin Hotels, donations to Ocean Unite via spa treatments at Virgin Limited Edition, and beach clean ups with yoga with Virgin Active South Africa - providing fun elements which were shared on social.

The campaign was focused around the UN Conference running from 5th-9th June and our impact across that week and the weeks that followed was as follows:

51 companies were involved, including 21 Virgin companies. Companies used the campaign as a platform to showcase their individual environmental commitments (such as reducing plastic waste, commitments to Net Zero environmental impact by 2030, responsible supply chain management and carbon offset programmes) and raised awareness of the issue amongst staff and customers.

128 million impressions for the campaign hashtag (#TheOceanOurBusiness) on Twitter.

104,000+ views for Richard Branson's video on his Instagram channel.

Video for The Ocean is Everybody's Business 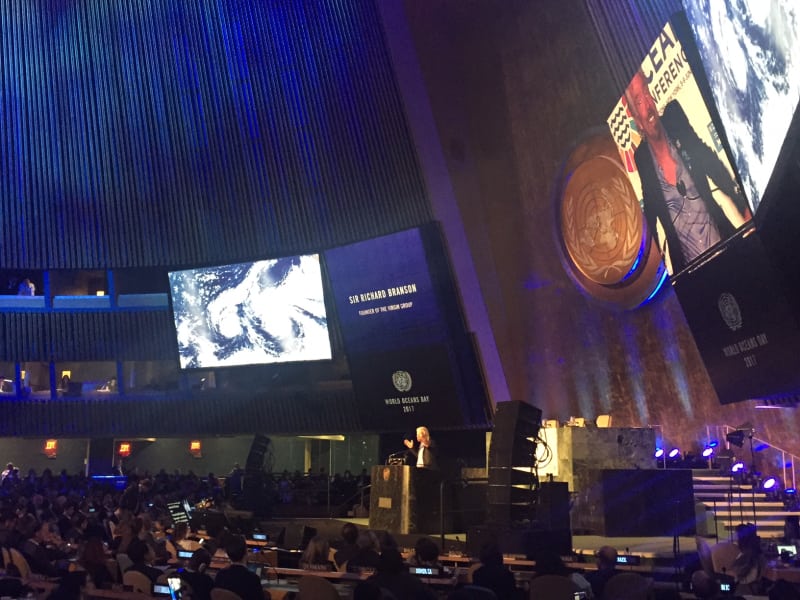 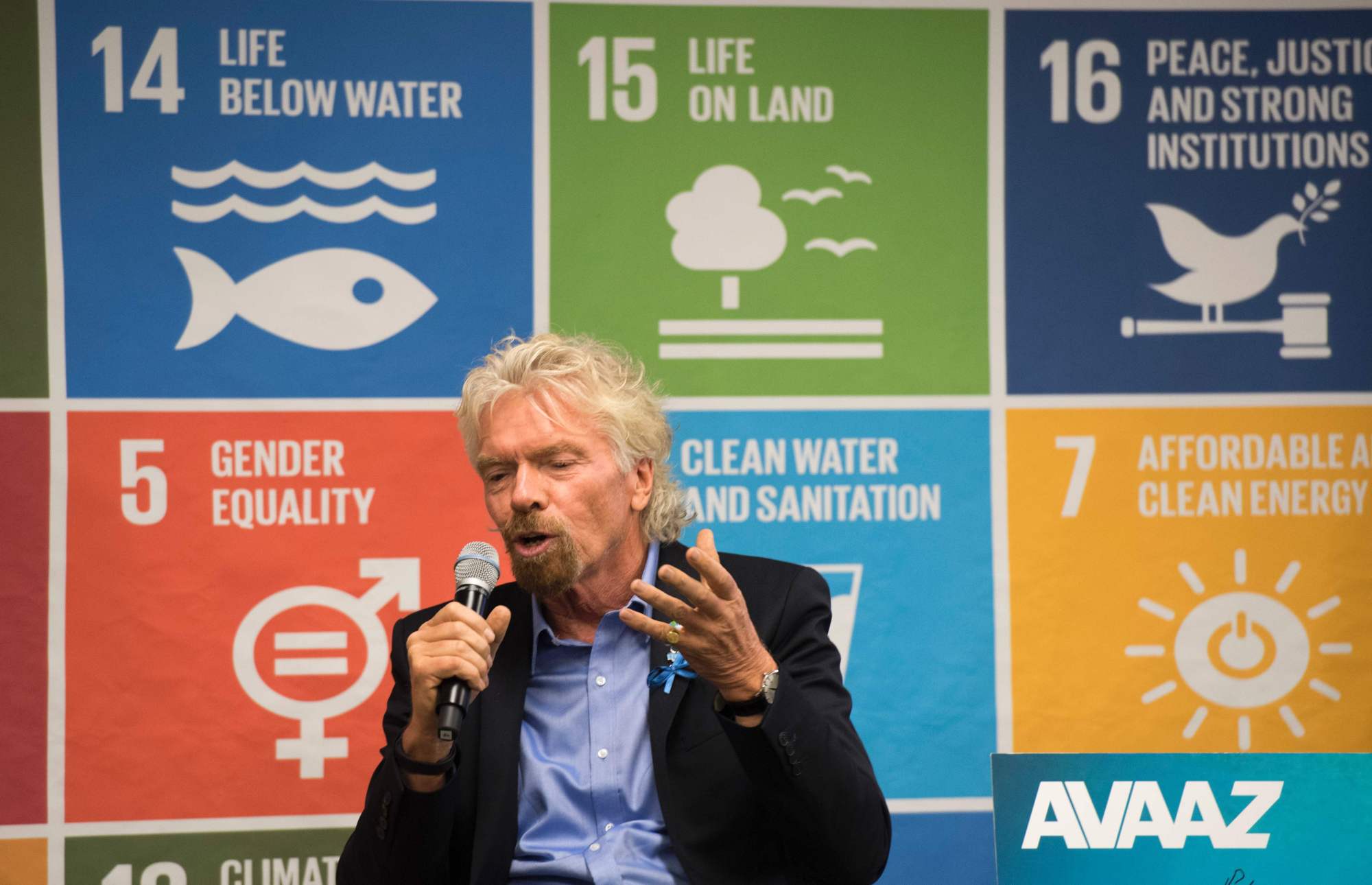 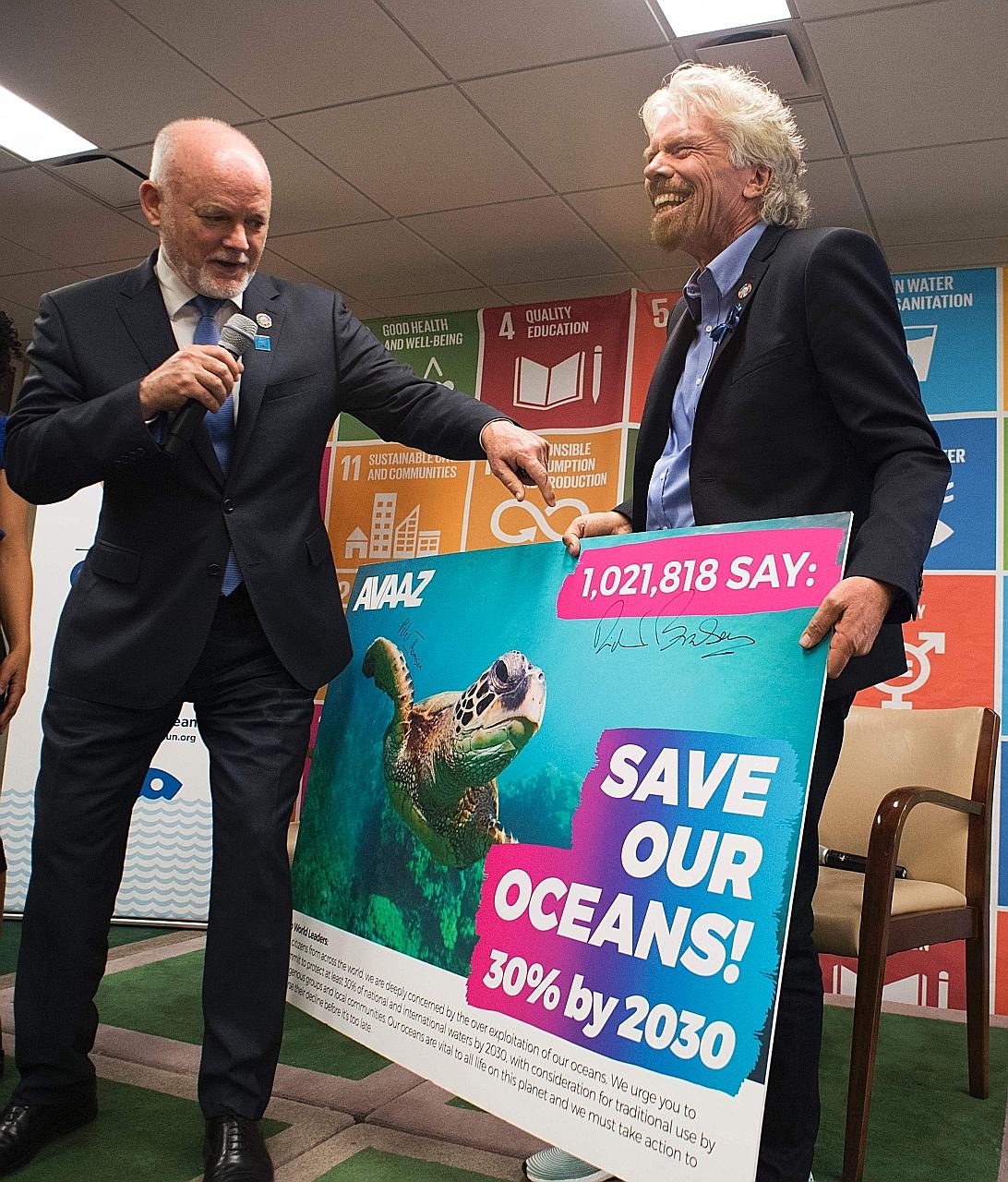 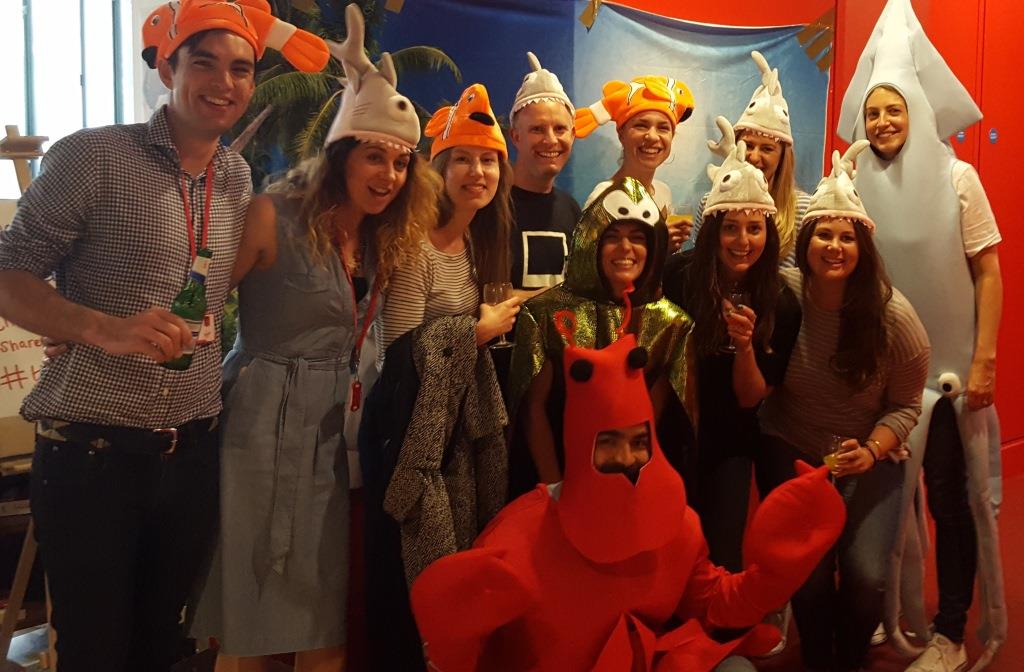 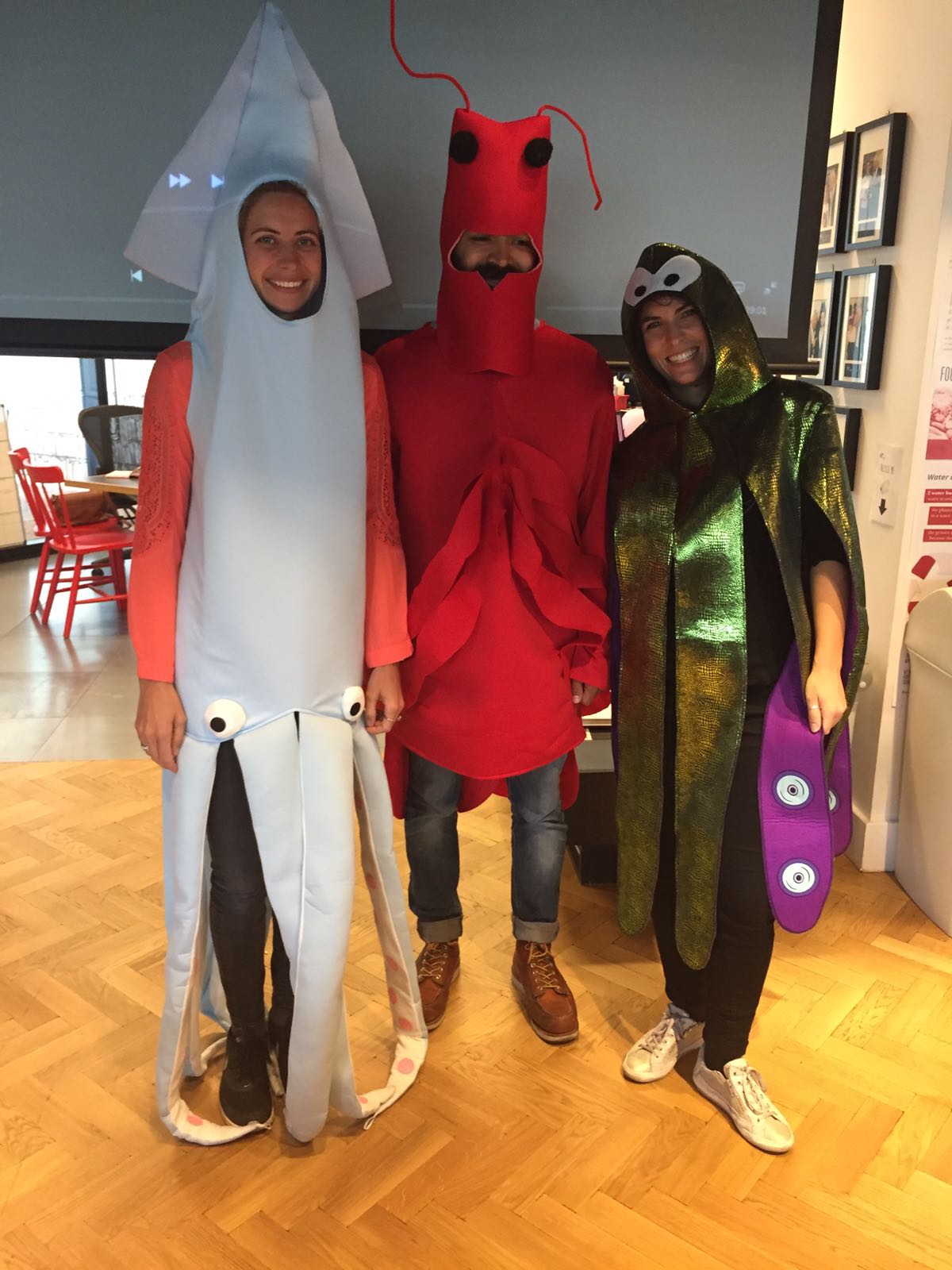 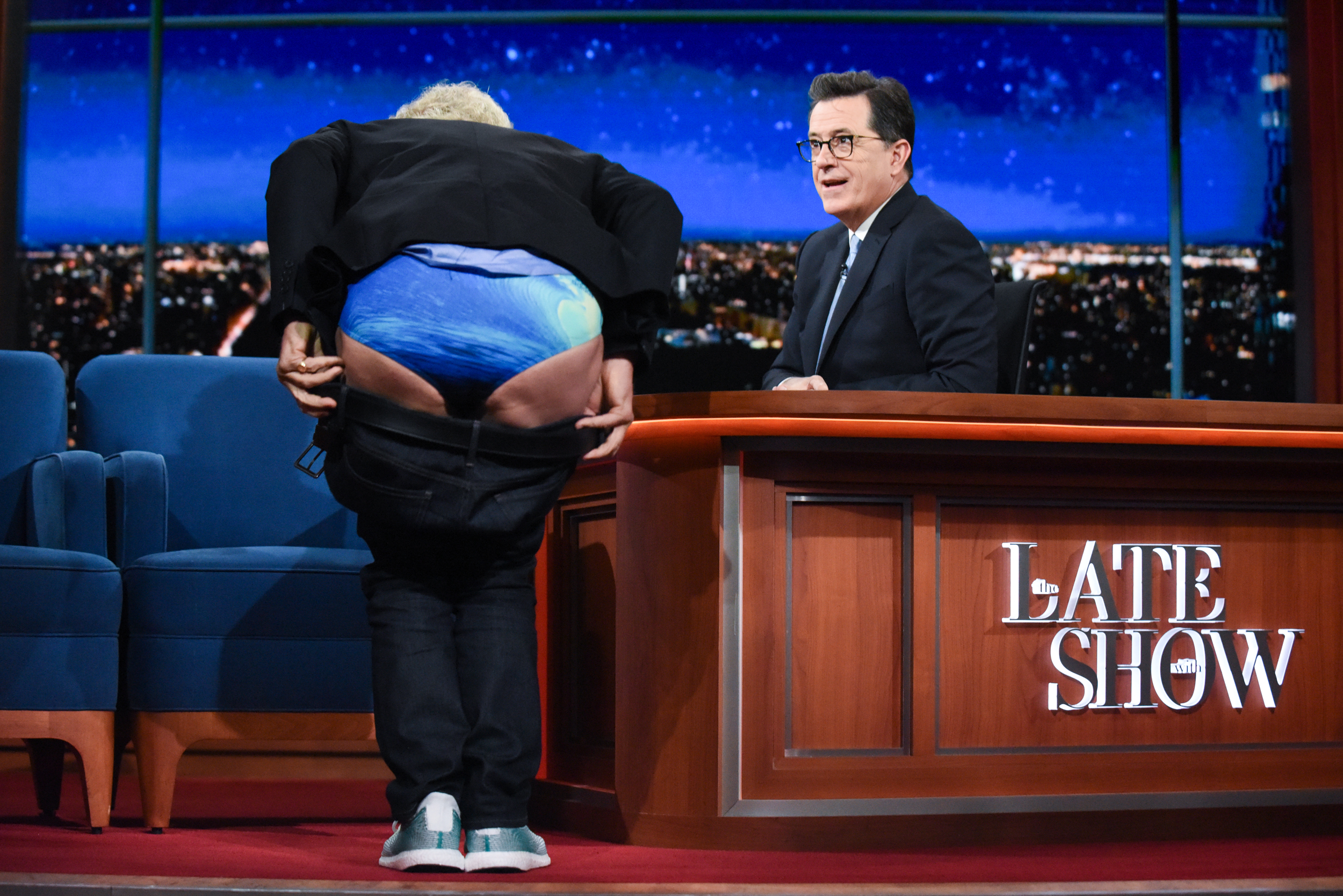