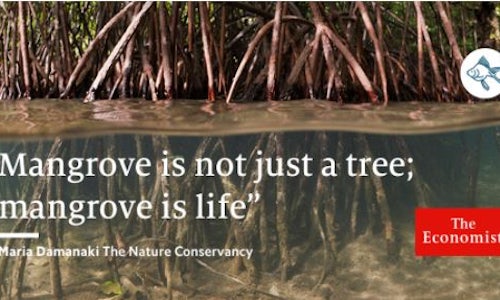 Championing social progress has been the genetic code in The Economist's DNA since it was founded in 1843: "a severe contest between intelligence which presses forward, and an unworthy, timid ignorance obstructing our progress". Today this manifests itself in our editorial commitment to gay rights, the right to die, protecting the environment and many other social issues. As our editor, Zanny Minton Beddoes explains, we provide a credible platform to challenge the status quo: "The Economist is able to convene the right players and challenge them to come up with solutions that achieve real change". Projects supporting progress can be found across our portfolio of editorial projects. What is more, social media has been one of the most influential channels for The Economist to assert its advocacy of civil liberties to a global audience.

A key part of our advocating for change efforts has been to engage business in big issues that enrich our wider world. A recent example has been our commitment to financing a sustainable ocean environment with our World Ocean Summit. Now in its fourth year, the event seeks to create discussion and ask enterprise to convene against the forces that exploit the ocean's' resources. Just as the event provides the floor for debate on how to finance the blue economy, we leverage our social channels to allow a global audience to share their views and engage with our environmental content both at the event, on social and within The Economist's publication.

Our aim was ambitious: to mobilise a new discussion on how capital and the private sector can drive scalable and sustainable investment in the ocean. If any real decisions were going to be taken, we instinctively knew that the event and content surrounding it had to deliver action, showcase the importance of sustainable environmental management, convene global business players and to ensure that content was available beyond the confines of the gathering. As such, we structured the event to be an immersive and interactive experience for both attendees and those joining around the world via social media.

The World Ocean Summit brought together the events, editorial and social teams to address the issues around ocean sustainability and helped us to launch new social formats, marketing tactics and technologies at The Economist:

To engage viewers, the social media marketing and editorial teams created social-optimised templates to be used across both popular social channels such as twitter and atypical platforms such as Line to to create prospecting pools for retargeting. The Japanese messaging app LINE was a new platform identified for The Economist to increase awareness in Asia where we have comparatively lesser reach.

To deliver content in real-time, we relied upon our global network of talent. For example, a producer at the event wrote the script for a Facebook Live video with Dom Zeigler , Senior Asia correspondent. The events team helped organise the location, wifi, power and AV crew, while teams in London and Hong Kong helped to edit the content. Furthermore, in collaboration with Economist Films, the social editorial team made short social-only films. The events team shot footage at the event interviewing people on social-friendly topics, and the Films team in London then edited the content and scripts were developed in Hong Kong. For example, our sponsored video content, "Saving Corals" Episode of Oceans which was edited into various portions fit for Facebook, Twitter, YouTube and Instagram.

As a publication we are renown for pushing boundaries in journalism, and the event provided the perfect setting to illustrate our Virtual reality film talents with the production of 'Ocean: The mystery corals' VR film. External audiences did not miss out on this compelling content, as the film was shared on social media enabling us to take viewers on an immersive journey to understand how the survival of this plant and organism is critical for a healthy ocean ecosystem.

Social media also allowed us to foster extensive community discussion on the topic of oceans to a wide and diversified audience through the creation of a bespoke ' Ocean explorer' content hub.

Social marketing curated over 30 stories, which were shared by the social editorial team.

The summit sought not only to engage and seek action from delegates, but also a wider Economist audience. Social media provided a gateway to talk to engage both advocates and the wider universe.

Working with the events and social teams, Dom Zeigler interviewed eight guests live on Facebook from the World Oceans Summit in Bali. As of 7th March, the feed reached over 1.8million people from which we were able to curate a custom audience on Facebook of users who viewed 3 seconds or more of the Live. This audience is now one of the largest custom audiences we've been able to generate off a single piece of content.

The total views of all "'Ocean: The mystery corals'" film as of May 15th is almost 6m, allowing viewers to experience a place they would not ordinarily be able to visit in real life. Furthermore, twitter activity from @TheEconomist of the event illustrated how the discussion struck a chord with communities across the world, most notably with #oceansummit, which registered over 23 million views on 23rd February.

We will continue the conversation and push for further action next year with The Economist's 5th World Ocean Summit, taking place on March 7th-9th in Riviera Maya, Mexico. 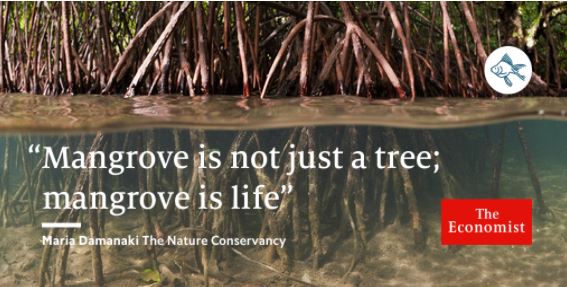