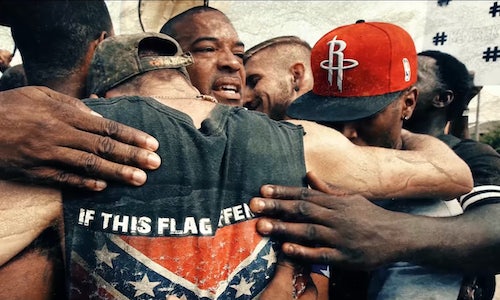 Globally, rifts are emerging along cultural, class, and political lines. Many feel that this divide in how people perceive and experience the world represents humanity's greatest threat.

We wanted to create a global-feeling film that not only exposed those current socio-political rifts, but also reminded audiences that people have come together to create common ground around similar tough issues in the past.

The video would serve to open the Skoll World Forum event, and set the tone for the theme: "Fault Lines: Creating Common Ground".

Coming out of the US election and Brexit, we knew that we needed to illustrate the challenges facing the world, but also give strength to the people working on these tough issues. We quickly identified Maya Angelou's iconic poem "Still I Rise" as the piece that could carry that message in a respectful way.

While we worked on clearance for the poem, we continued to explore ways to combine messaging / imagery for the piece which led us to the idea of "iconic global places" emblematic of deep division: racial discrimination in the 1936 Olympics, LGBTA rights at the Supreme Court, the Dakota pipeline at Standing Rock, the burqa ban in France, and more.

The result was a unique and timely piece that captured the feeling of a world awakening to its divisions, but with the promise of repair and renewal.

Rave reviews from attendees at the event including representatives from the World Bank, Oxfam and more. 37,000 views on Facebook with 113 shares, and an additional 11,000 views during the event livestream.

Video for "Still I Rise"