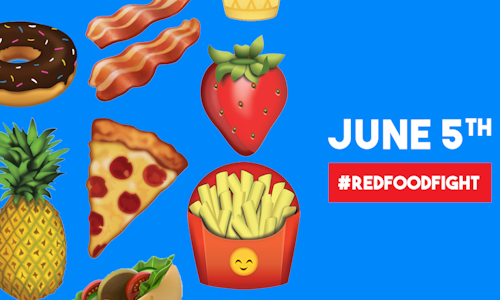 Every June, (RED) turns food and drink into a force to fight AIDS with EAT (RED) SAVE LIVES. Led by Chef Mario Batali, the campaign brings the culinary world to the table to raise money and awareness for the AIDS fight, with activations around the United States and around the world on social media.

In support of EAT (RED) SAVE LIVES, (RED) created the world's first-ever emoji food fight to fight AIDS on Twitter – the #REDFoodFight.

1. Created a one-of-a-kind social media campaign that gave anyone, anywhere with a mobile device and internet access the ability to participate in EAT (RED) SAVE LIVES

3. #REDFoodFight to trend on Twitter in New York City

4. Participation from ten celebrities by using the hashtag on Twitter

5. Participation from three media outlets by using the hashtag on Twitter

Social media and food go hand and hand. But (RED) wanted to create a social campaign for EAT (RED) SAVE LIVES that pushed the boundaries beyond #foodstagrams. It had to be easy, fun and available to anyone around the world who's on social media. We also wanted the social campaign to tie back to the AIDS fight – hence a food fight to fight AIDS. Enter food emojis, one of the most popular ways millennials, our target audience, express themselves.

(RED) created the #REDFoodFight - a food fight to fight AIDS with emojis on Twitter. We strategically chose to kick it off on June 5th. This is the anniversary of the day AIDS was first discovered back in 1981. It's also at the beginning of the EAT (RED) SAVE LIVES campaign which starts on June 1st, making the timing perfect.

In order to achieve all of our objectives, (RED) reached out to our network of partners, celebrity supporters, chef ambassadors, EAT (RED) participants, food influencers and highly engaged Twitter users ahead of June 5th. Here's how we pitched them:

We're having a food fight. With emojis. On Twitter. To fight AIDS. Join us!

It's the #REDFoodFight and here's how it works. Send tweets with...

3. Three Twitter handles — whoever you want to throw food at!

DATE: Monday June 5th. BTW, this is the day AIDS was first discovered in 1981.

TIME: 9am ET — and it goes down until the food stops being thrown.

Send a tweet with #REDFoodFight, your favorite food Emojis, and the handles of three Twitter users to 'throw food' at. Examples:

We decided to have celebrity chef & the leader of EAT (RED) SAVE LIVES, Mario Batali, 'kick off' the food fight by throwing food to his friend Jimmy Fallon. Soon thereafter, our celebrity supporters, partners, friends chefs and followers joined in. As we were asking people to tweet at their friends asking them to take a quick and easy action – a tweet – the hashtag went viral quickly and was even picked up by USA Today.

Throughout the day on June 5th, (RED) retweeted celebrities, brands and influencers and produced a series of fun GIFs incorporating food emojis to promote the #REDFoodFight. These GIFs were highly shareable and helped the campaign reach more people.

1. Created a one-of-a-kind social media campaign that gave anyone, anywhere with a mobile device and internet access the ability to participate in EAT (RED) SAVE LIVES.

3. #REDFoodFight trended on Twitter in the United States in less than two hours.

5. Participation from three media outlets by using the hashtag on Twitter: including Munchies, ONE, Cheddar.

7. Reach a global audience with tweets from over 70 countries. 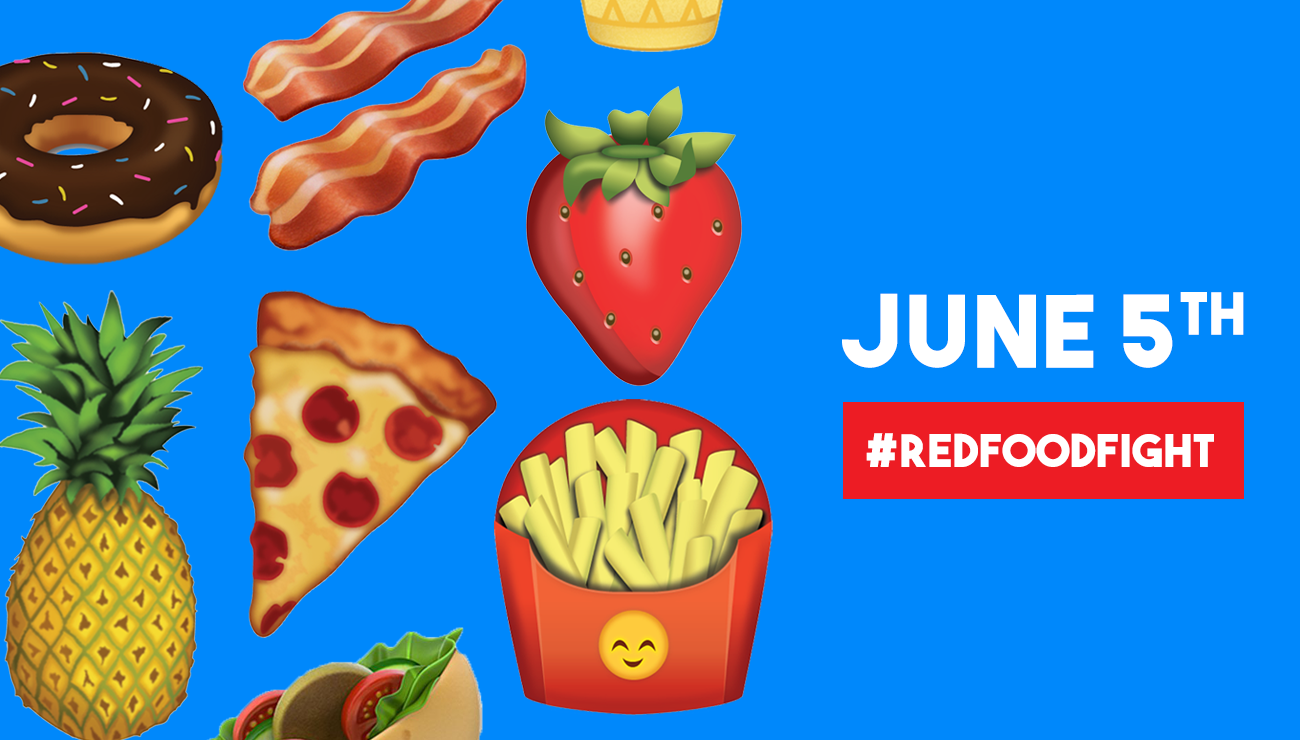 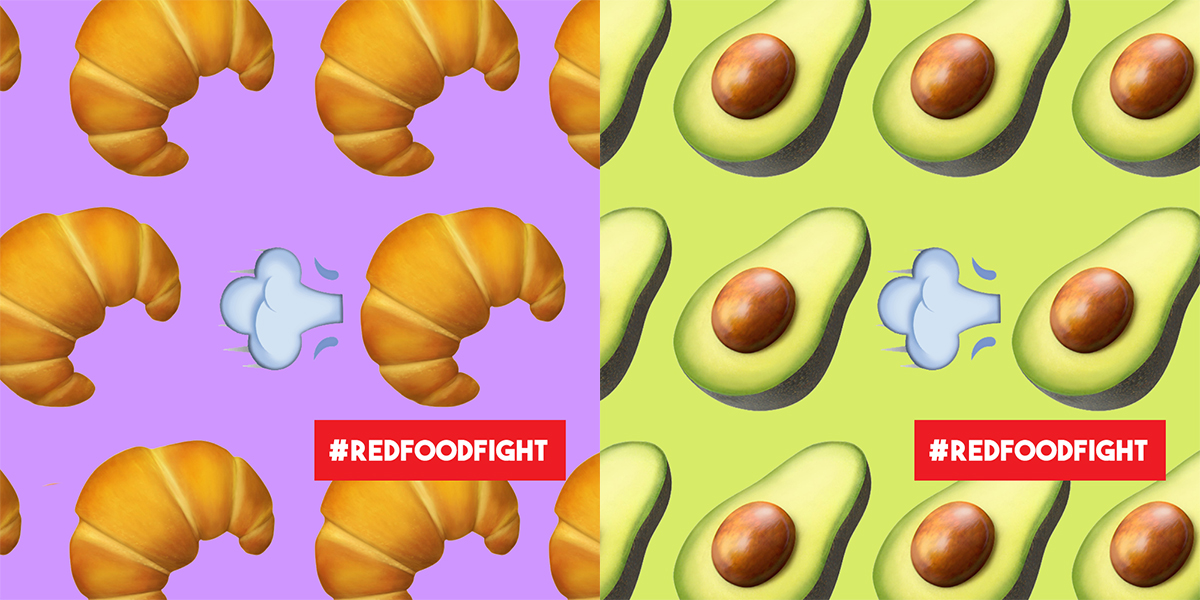 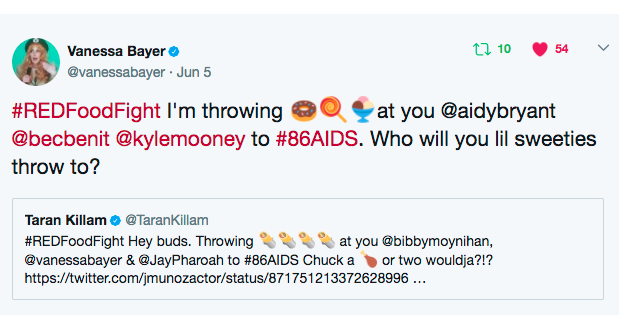 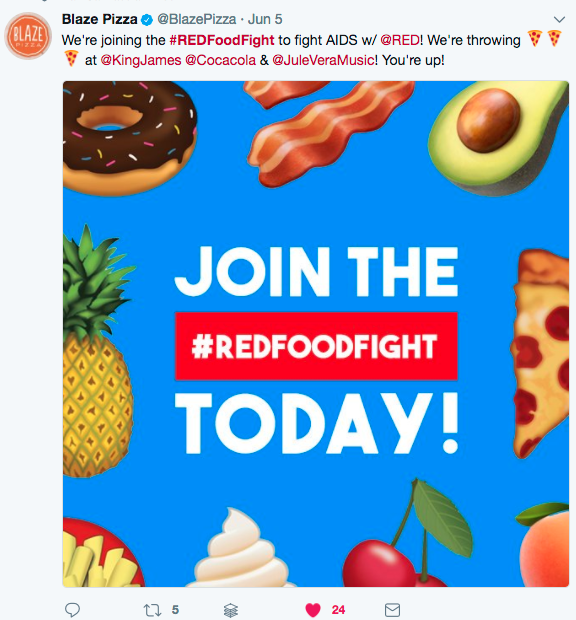 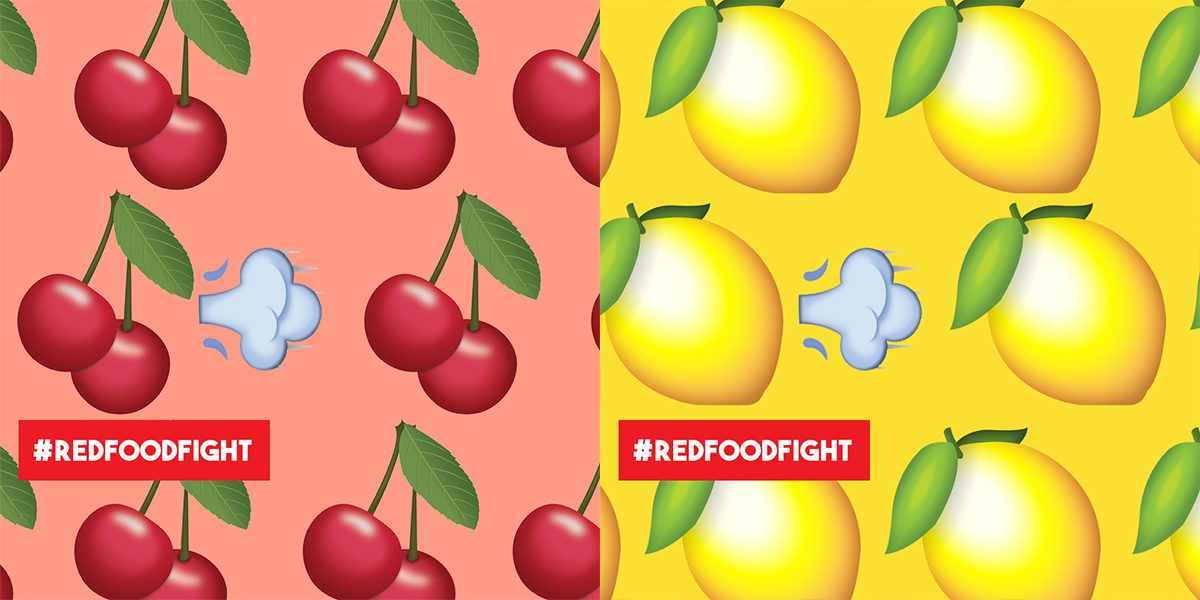