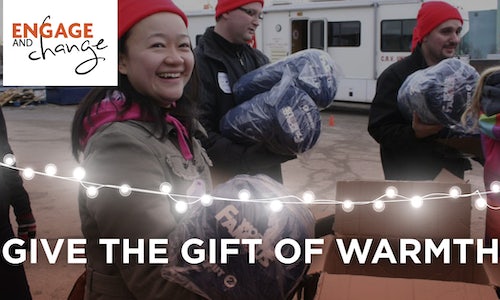 Engage and Change is a charity that was created to foster good citizenship and encourage healthy communities by giving back in the Greater Toronto Area. Homelessness is a particularly distressing vulnerability in the Toronto community, and there have been more than 5,000 people reported homeless each year since 2013. Engage and Change gives people and companies the opportunity to participate in hands-on volunteer projects to alleviate poverty and give directly to those in need.

Project Winter Survival, one of Engage and Change's two annual events aimed at aiding homeless individuals in the GTA, facilitates the assembly and distribution of crucial survival kits for homeless or impoverished individuals in local communities. Each kit includes 30+ essential items such as a sleeping bag, hat, gloves, scarf and more. Volunteers come together to pack, box, and deliver survival kits to over 150 homeless and social service agencies in Toronto.

Leading up to the event, Engage and Change wanted to educate the community on the dangers of homelessness, encourage donations, and generate robust day-of interest in Project Winter Survival. The goal for 2017 was to gather the supplies and manpower required to build and distribute 3,000 winter survival kits, and to make a splash on social media before, during, and after the key fundraising event. They tapped Spark Growth to lead all content generation and to drive measurable results.

The problem of homelessness in the Greater Toronto Area is real and tangible, but piquing interest in the difficult subject and inspiring action from the community can be tricky. Spark Growth was tasked with spreading awareness for the upcoming Project Winter Survival event, inspiring action from followers, and building a reputation for Engage and Change as an innovative, reliable, and effective charitable resource.

First, Spark Growth tackled the challenge of connecting with viewers in a meaningful way through messaging that inspired charitable feelings, rather than guilt. People need to be educated before they can be expected to lend a hand to those in need, but they don't want to be lectured to. Once this messaging approach was identified, Spark Growth recommended key strategies to drive interest and engagement before, during and after the event.

Possibly the most important tactic implemented was educating users on the dangers of homelessness in a thought-provoking way. To do so, Spark Growth conceptualized, designed, and drafted copy for an eye-opening series of quote graphics featuring superfluous things that people spend money on in comparison to the equivalent value in resources for a person in need. The campaign series was incorporated into social media content and in email marketing materials. The graphics were visually appealing and quickly informative to encourage sharing, and made people aware of the value and impact that small amounts of money can have for people in need.

In addition to piquing interest in the cause, Spark Growth identified the need to lend credibility to Engage and Change as an organization, particularly when looking to encourage donations. To establish Engage and Change as a reliable resource, Spark Growth looked to incorporate results from previous years, testimonials, and compelling imagery into promotional content. Doing so sheds light on the lives of those who have been on the receiving end of Project Winter Survival efforts, and creates both an emotional connection with the audience and a foundation of authenticity.

Creating compelling content is half the battle, and Spark Growth was also tasked with casting a broad net when it came to awareness. By proactively leveraging influencers in the local community to cross-promote content, the Project Winter Survival message and mission organically reached an audience of people with a vested interest in improving their community. Additionally, by promoting content with paid advertising, Spark Growth was able to connect with a targeted audience of qualified individuals in the GTA who could be converted to sponsors, donors and volunteers.

The last puzzle piece was amplifying coverage of the event. By engaging media outlets and sharing all press content, Spark Growth helped ensure that Project Winter Survival created a splash on event day. Likewise, by managing Engage and Change's social accounts to ensure that users understood event details and how to get involved, and by executing live posting across channels during the event, Spark Growth inspired a sense of inclusion among both attendees and an at-home audience with an emotional connection to the cause.

Project Winter Survival 2017 was a great success. Engage and Change reached event capacity with 100 day-of-volunteers, and met the goal of assembling and distributing 3,000 winter survival kits to more than 200 homeless agencies in Toronto.

The event also garnered quite a bit of attention on social media, despite competition and "noise" from the presidential inauguration and the Women's March. Below are some of the highlights: 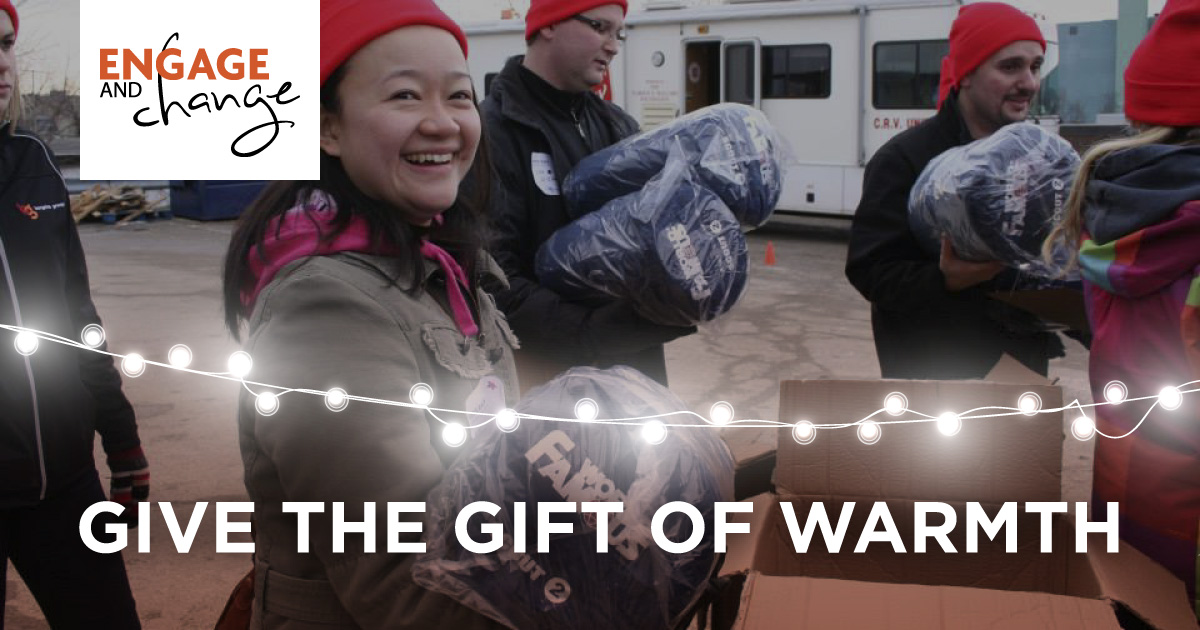 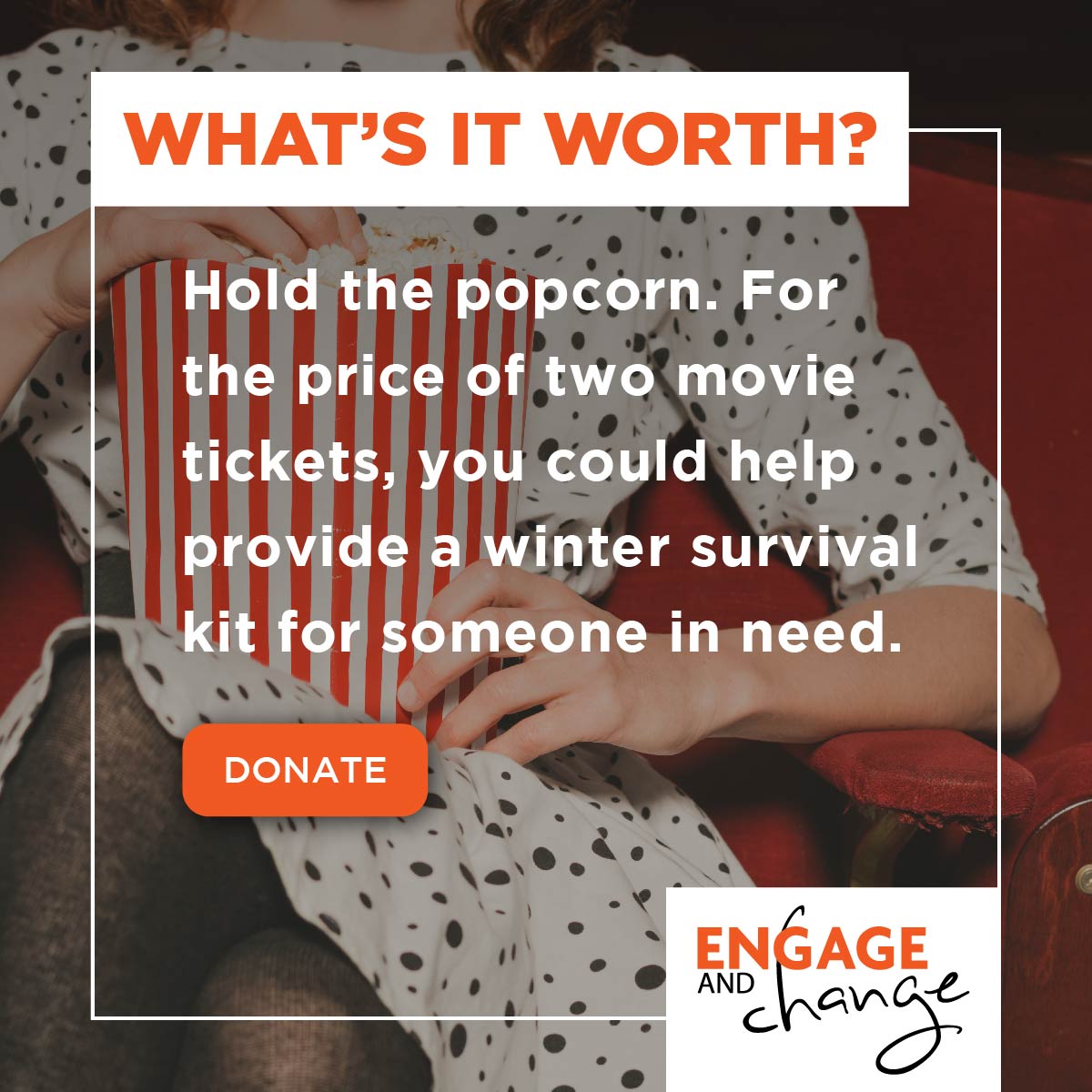 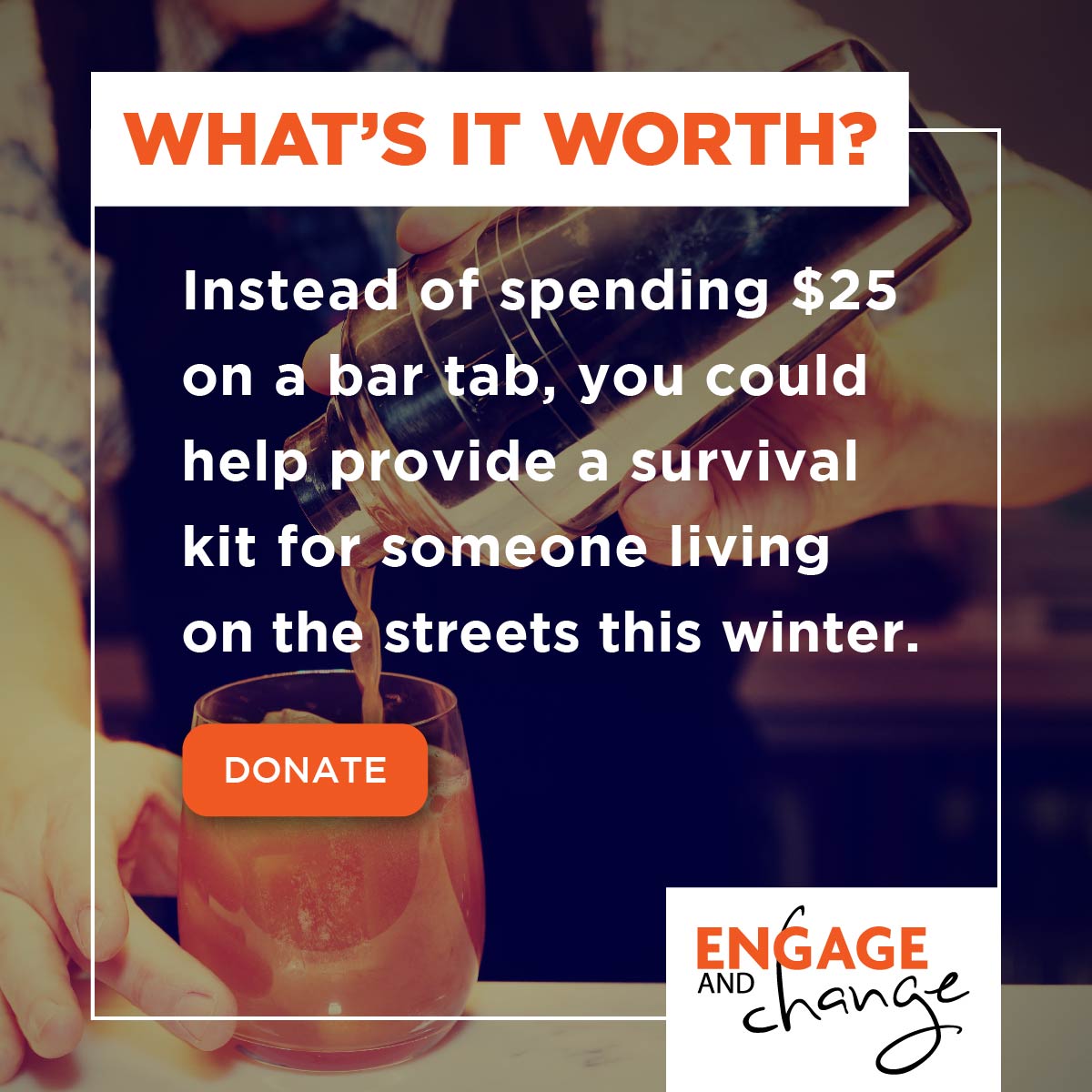 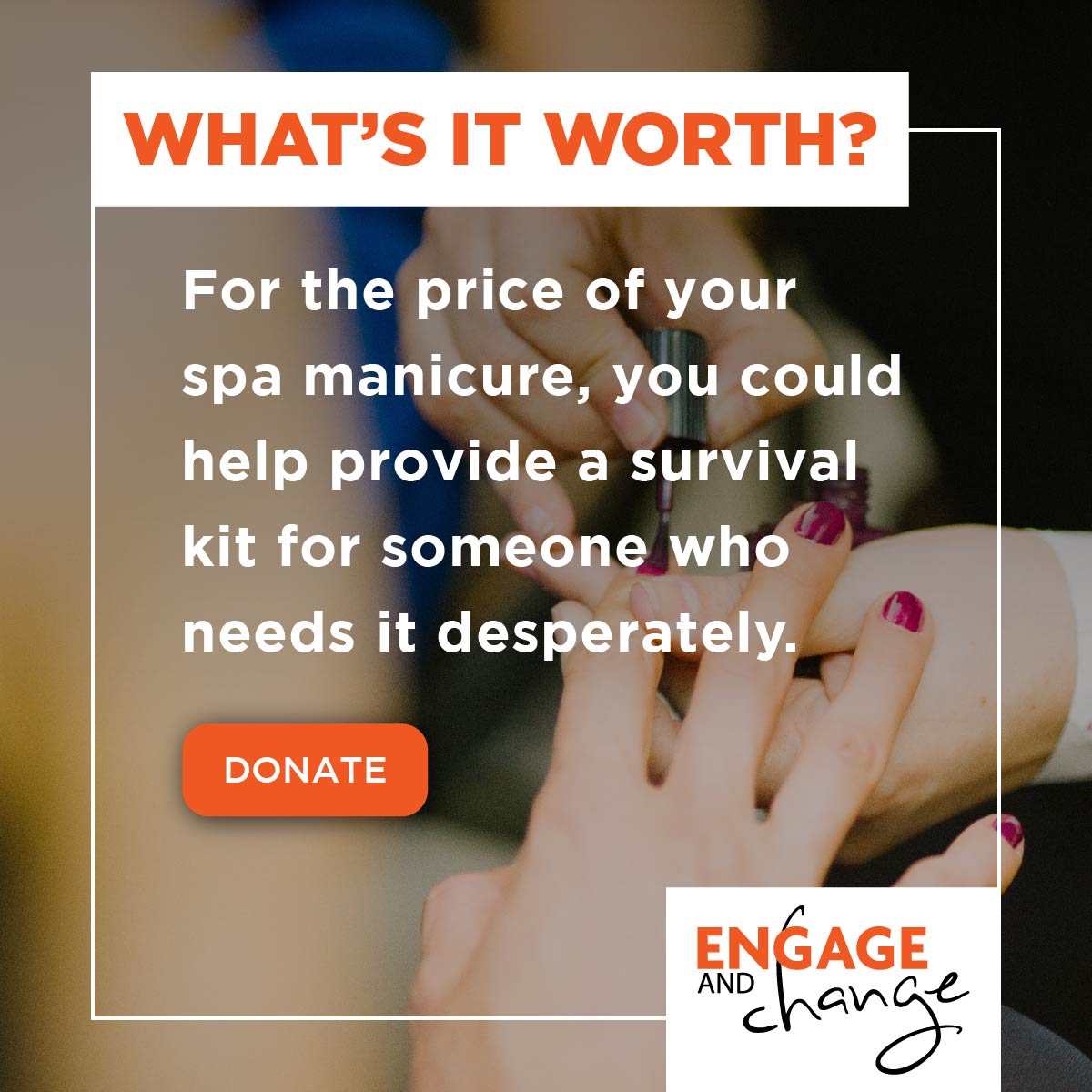 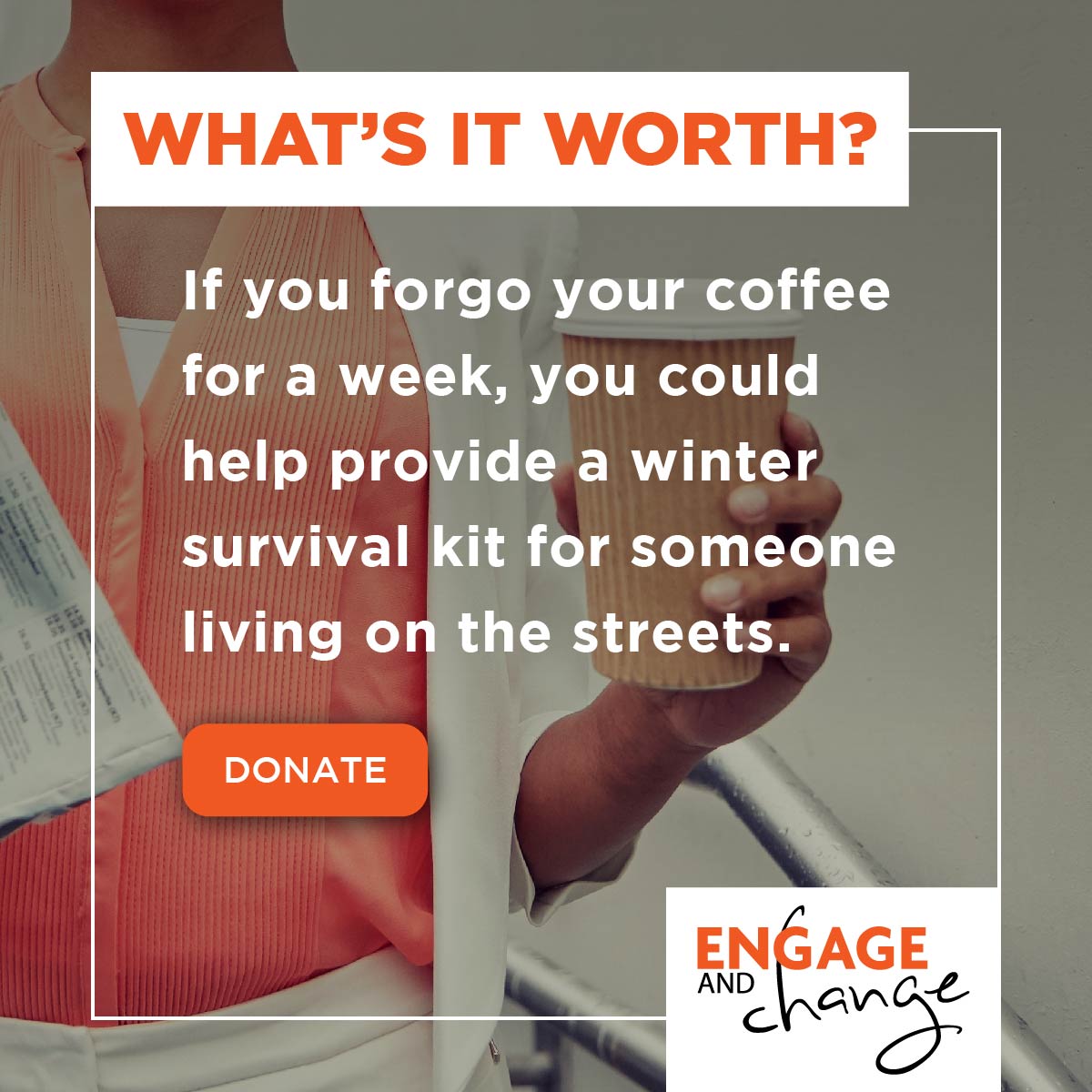