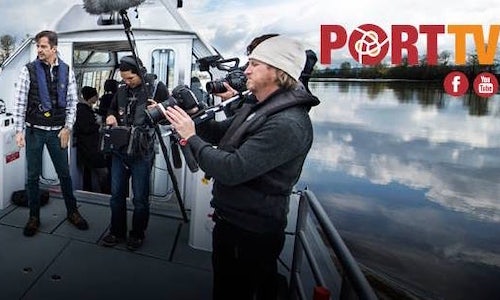 The Metro Vancouver region is home to Canada's largest port and to more than 2.3 million local residents. Our local history is shaped by the fact that our region grew to become a leading port city and international maritime hub, connecting Canada to more than 170 countries. Responsible for overseeing the Port of Vancouver, the Vancouver Fraser Port Authority manages the federal lands, water and assets along hundreds of kilometres of shoreline. Guided by a vision to be the world's most sustainable port, the port authority responsibly facilitates Canada's trade through the Port of Vancouver by ensuring safety, environmental protection and consideration for local communities.

Through market research, we found that there was growing public interest in port-related topics with little existing knowledge of port-led initiatives. To make content engaging and interesting, PortTV, an online video series was designed to engage and educate audiences about the stories of people who live and work to keep our waterfront safe and secure, and the port authority's involvement in innovative environmental initiatives, such as shore power for cruise and container ships and programs to reduce ocean noise from shipping as part of the port authority's ECHO program. PortTV showcases the important role that the Port of Vancouver plays in people's daily lives, Canada's economic prosperity, and commitment to a sustainable future.

Through our 2016 PortTV video campaign, we aimed to:

PortTV originally launched with 14 episodes in season one (2014) and 12 episodes in season two (2015). Episodes alternated between People of the Port, focused on roles of individuals who work in and around the port, and Port Pop Quiz, a roving game-show. After two years of PortTV with 26 videos already created, we wanted to maximize use of existing content and optimize our digital video campaigns to achieve increased reach and video completion rates. We wanted to achieve more with existing assets.

After an analysis of current social media trends and past metrics, a decision was made to:

Video topics focused on the work of the port authority and port partners who keep our harbour clean and safe for both local communities and wildlife: 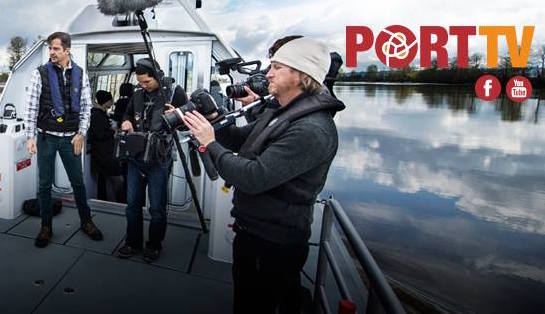