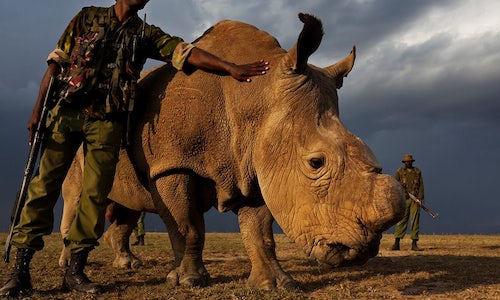 Ol Pejeta Conservancy in Kenya works to conserve wildlife, provide a sanctuary for great apes, and generate income through wildlife tourism and agriculture. This income is reinvested in our conservation and community outreach activities.
Our vision is to become an innovative and sustainable development model that conserves biodiversity (particularly endangered species) and contributes to economic growth and the improvement of livelihoods of the local communities.
Ol Pejeta Conservancy is the largest black rhino sanctuary in East Africa. The Conservancy is now home to 108 critically endangered black rhino (making the Conservancy the only "Key 1" population in East Africa), 25 southern white rhino, and the last three northern white rhinos in the world - including the last male in existence, Sudan. For several years, we have been working tirelessly with global experts to try and come up with techniques that could save the northern white rhinos, as they are aging and unable to breed naturally. The most realistic chance is the complex and expensive IVF process, which has never been attempted with rhinos before.

Several fundraising initiatives over the years have kept money trickling in, but as we race against the clock to save a species we needed something disruptive, something ambitious. So, we partnered with Tinder.

Ol Pejeta Conservancy partnered with Tinder, the leading social app for meeting new people, to launch a new campaign to raise awareness about 'The Most Eligible Bachelor in the World' named Sudan. Sudan is the only remaining male northern white rhino on the planet. He's also the first animal to have his own Tinder profile.

The goal of the campaign was to raise the $9 million needed to fund research into Assisted Reproductive Techniques (ART) by a consortium of institutions. Once perfected, this technology, in particular in vitro fertilization (IVF), will achieve successful pregnancies to gradually build up a viable herd of northern white rhinos.

If Tinder users swipe right on Sudan, who will appear amongst their normal feed of potential matches, they are directed to a link where they can donate. His profile is witty but informative, written from the first person.

"I'm one of a kind" it reads, "no seriously." He goes on to explain that the fate of his species depends on him, that he performs well under pressure and weighs a casual 5,000 lbs.

The campaign has so far raised $85,000. It has been accessed in 190 countries, in 40 languages. In just a week we had 2.1 billion media impressions and more than 2 million swipes on Tinder. The total PR value generated as a result of the campaign was roughly $165 million. 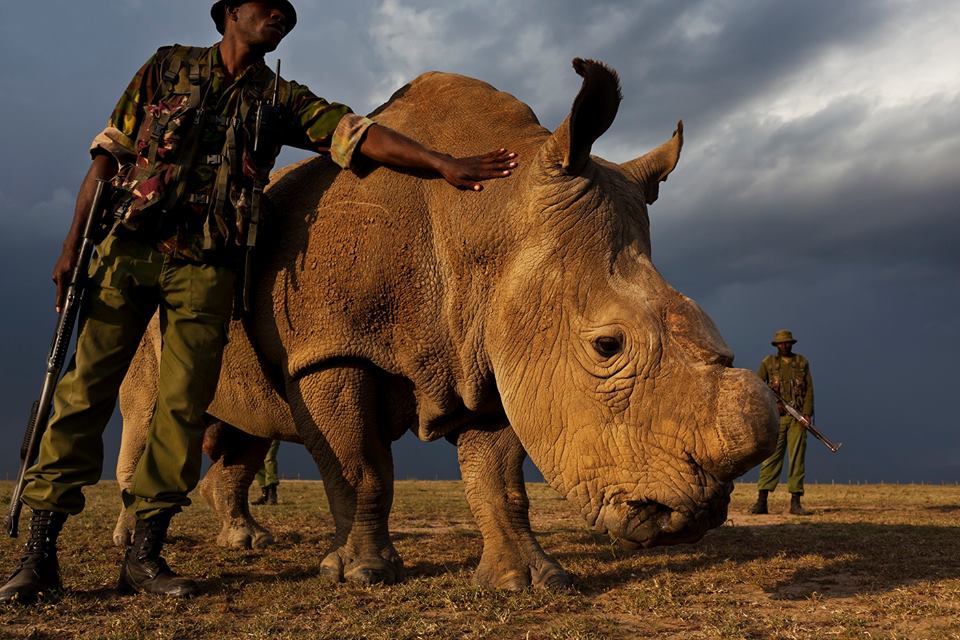