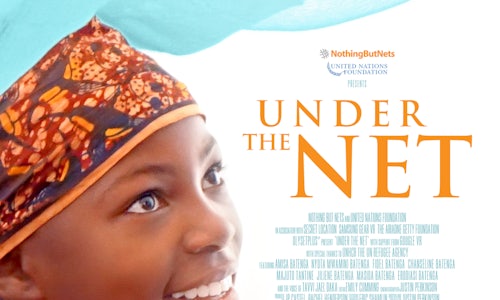 Nothing But Nets Virtual Reality Film, “Under The Net”

When Nothing But Nets reached its tenth year, we wanted to find new, innovative ways to show the impact of our work to reinvigorate our donor and partner base and inspire new audiences to join the cause. And in a year with a highly contentious Presidential campaign, exploding global refugee crisis, and anti-refugee sentiment creeping into public conversation, it was crucial to illustrate the humanity and emotion behind our work.

Malaria – a completely preventable and treatable disease – primarily impacts vulnerable populations such as children under five, pregnant women, the elderly, and refugees. More than half the world's population is at risk of contracting malaria, but it is endemic across sub-Saharan Africa, so we also needed to reconnect people to an issue that they don't see day to day here in the US and build empathy for these families who need our help.

Nothing But Nets produced its first-ever virtual reality (VR) documentary film, "Under the Net," to immerse viewers into the life of a refugee, experience malaria firsthand, and see the life-saving impact that bed nets have to prevent malaria.

In "Under the Net," we highlight the personal story of Amisa, an 11-year-old refugee, who is adjusting to life in the Nyarugusu Refugee Camp in Tanzania. Viewers follow in her shoes as she and her family move into a new shelter, get treatment for malaria, and receive new life-saving bed nets. But while the film aims to provide a snapshot of our work, it cannot provide the full picture of what we do and how the malaria community is working to end the disease for good – the full story needed to be told in tandem to the film through our conversations, events, social content, media interviews, fundraising appeals, blog posts, and more.

Nothing But Nets identified key moments over the course of seven months (September 2016 to March 2017) to build momentum and anticipation for the public launch of "Under the Net," including:

1. A sneak peak of the film's 90-second trailer among top Nothing But Nets donors at a reception with ambassador and NBA MVP Stephen Curry at TechCrunch Disrupt SF; with global UN Foundation partners and ambassadors at the Social Good Summit during UN General Assembly Week; at the UN Foundation's annual partnership gala in New York City; and with Nothing But Nets donors and supporters via email.

2. In recognition of our 10th anniversary, Nothing But Nets showcased the full length version of "Under the Net" for donors, partners, and supporters at the Samsung 837 Store in New York City, and previewed the film at private events in the lead up to the official premiere and public launch in March 2017.

On March 9, "Under the Net" premiered at the Cinequest Film & VR Festival in San Jose, California to more than 100,000 ticketholders. Nothing But Nets co-hosted a VIP viewing party with Cinequest to introduce our work to film festival supporters, filmmakers, and the media. We also hosted several Facebook live interviews to build momentum online for the 360-version of "Under the Net," deployed its owned content including press release, blog post, email series, and social media toolkit and graphics.

Over the course of the next six months, we continued to share the film with intended audiences through film festivals and partner/donor/supporter events, online content, and our signature annual Leadership Summit, April 23-25, with our top advocates who descended on Capitol Hill. On World Malaria Day, April 25, champions used Google cardboards to share "Under the Net" during their meetings with their elected officials on Capitol Hill, advocating for crucial U.S. funding for global malaria programs.

Select results to date include:

Video for Nothing But Nets Virtual Reality Film, “Under The Net” 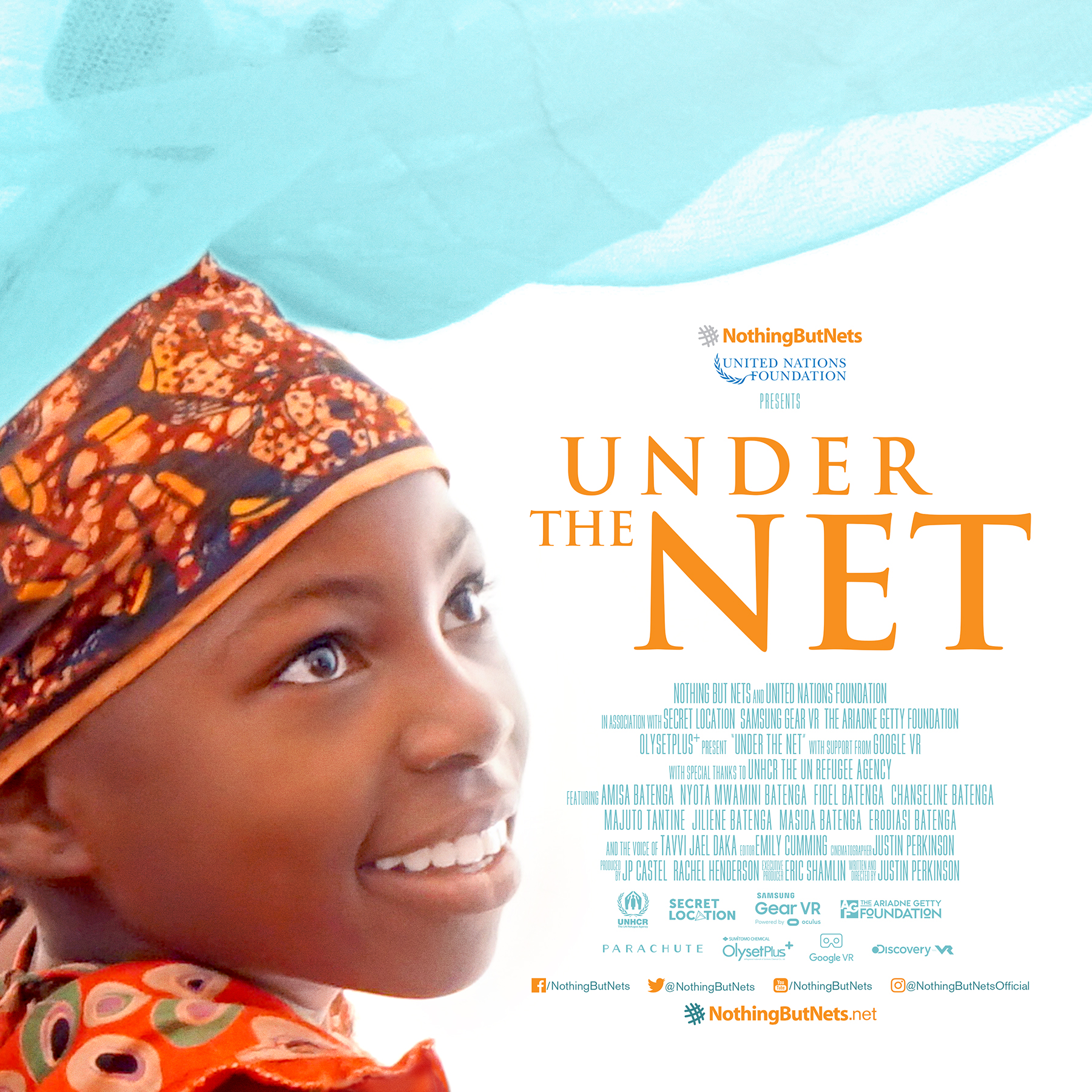